Jacksonville Jaguars quarterback Trevor Lawrence may have unintentionally encouraged Kansas City Chiefs fans to be their loudest for the teams’ AFC divisional round matchup Saturday.

“I can’t imagine Arrowhead Stadium will be much louder than our fans were here on Saturday, honestly, but that was on defense, not offense,” Lawrence told reporters on Wednesday.

The young quarterback was giving a nod to the fans in Jacksonville and their energy during the Jaguars' 31-30 comeback win over the Los Angeles Chargers after trailing 27-0.

He likely meant no disrespect to Chiefs fans. He acknowledged that they contribute to an atmosphere that is “one of, if not the best in the NFL” before comparing them to his home crowd.

He would know because they were present during the Jaguars’ 27-17 loss to the Chiefs in Week 10 at Arrowhead.

“There’s that sense of urgency,” Lawrence said. “Just that desperation, doing everything you can to win the game, you feel that on both sides of the ball, and it’s that way in the regular season, too.”

His good intentions aside, “Chiefs Kingdom” has already taken notice of his implication that Jaguars fans can match or exceed its energy.

One Chiefs fan posted a clip from Lawrence’s comments on Twitter with a skeptical looking emoji, a Tweet that was met with a good amount of foreboding replies about Arrowhead’s noise capabilities.

With a capacity for 76,000 fans, Arrowhead Stadium has earned a Guinness World Record for loudest stadium in the world — twice. In 2013, Chiefs fans set a record of 137.6 decibels during a 34-7 win over the New Orleans Saints. A year later, they broke that record with a deafening 142.2 decibel measurement.

If fans weren’t already riled up enough, Chiefs safety Juan Thornhill decided to join the conversation. “We need to break this 142.2 decibels record this year.. what y’all think?” he tweeted on Thursday.

We need to break this 142.2 decibels record this year.. what y’all think? #ChiefsKingdom

It’s safe to say Chiefs fans will enter Arrowhead Stadium intent on raising the volume whenever they can, a tactic that might help make things difficult for Lawrence and the Jaguars’ offense on Saturday. 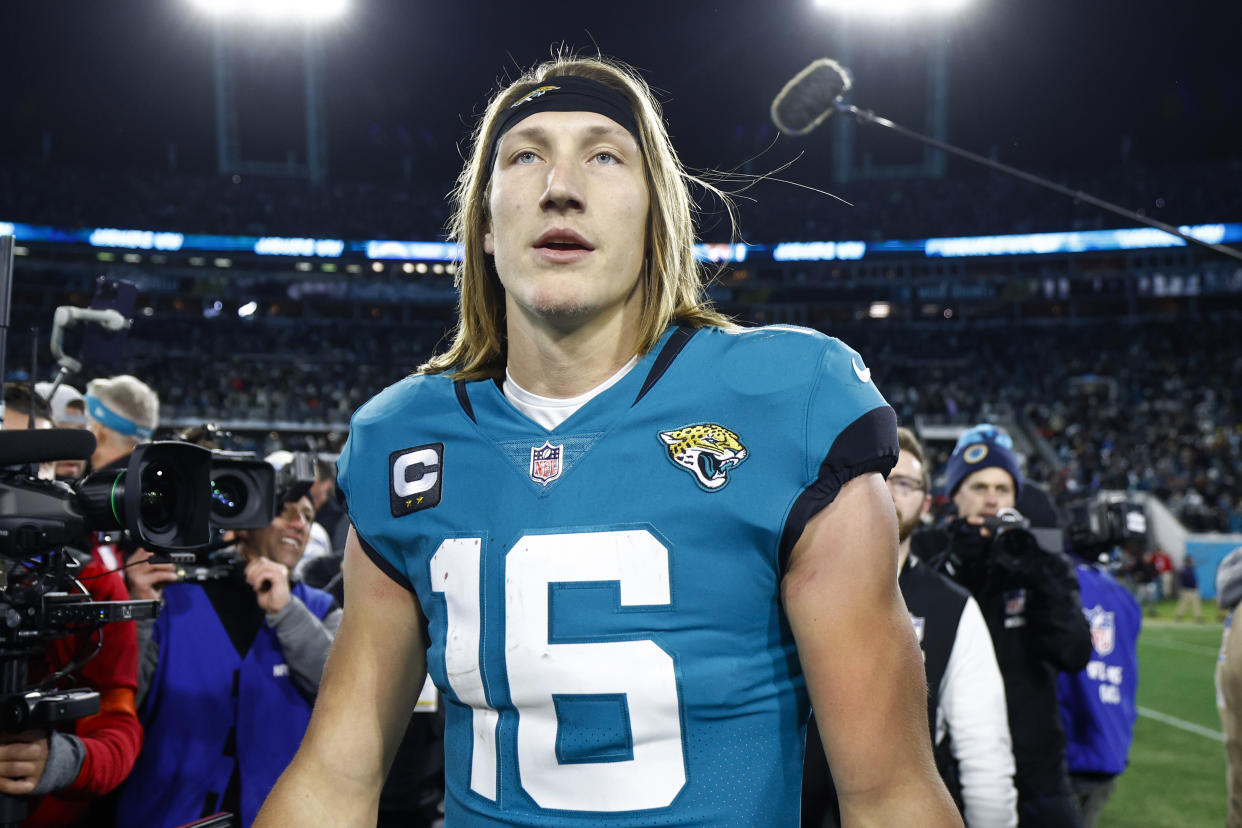