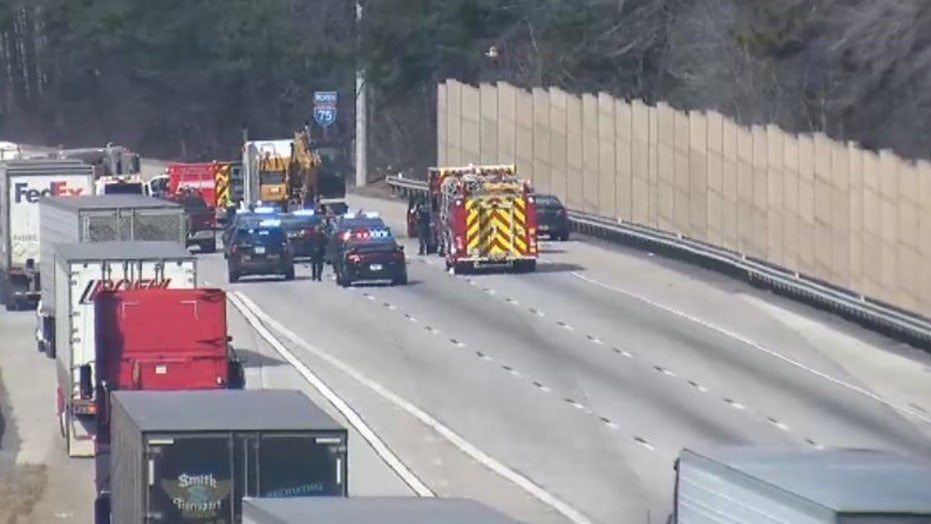 A truck driver in Georgia was shot multiple times on an interstate Wednesday afternoon in an apparent case of road rage, authorities said.

Officers responded to I-75 in Cobb County around 1 p.m. to a tractor-trailer that was blocking the on-ramp near Wade Green Road, FOX5 Atlanta reported, citing Cobb County police.

Police learned the truck driver had been shot multiple times and that the shooter had sped away, according to the report. 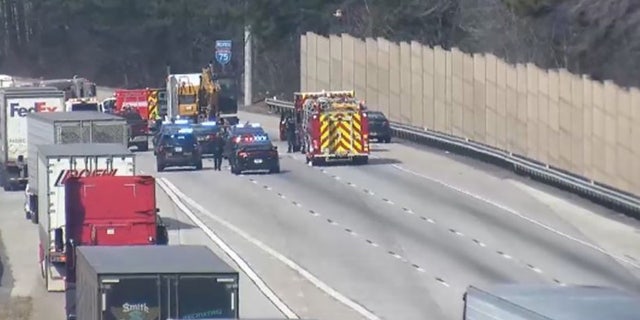 Officers responded to I-75 in Cobb County around 1 p.m. to a tractor-trailer that was blocking the on-ramp near Wade Green Road.
(Georgia Department of Transportation / FOX5 Atlanta WAGA)

He was shot twice in the stomach, once in a hand and had broken bones, his family told WSB-TV. He was rushed to a hospital with life-threatening injuries, where he underwent surgery. His family said he is currently in serious but stable condition.

The family told the station that the victim is from Massachusetts and that his dog, Susie, was in the cab with him when the shooting happened.

The dog ran away when the driver was shot, according to the family, who has asked for help in locating her.

The investigation is ongoing. Authorities asked anyone with information about the shooting to contact the Cobb County Police Department.