ANKARA (Reuters) – White House adviser Jared Kushner arrived in Turkey on Wednesday for talks with President Tayyip Erdogan that are expected to focus on a U.S. peace plan for the Middle East. 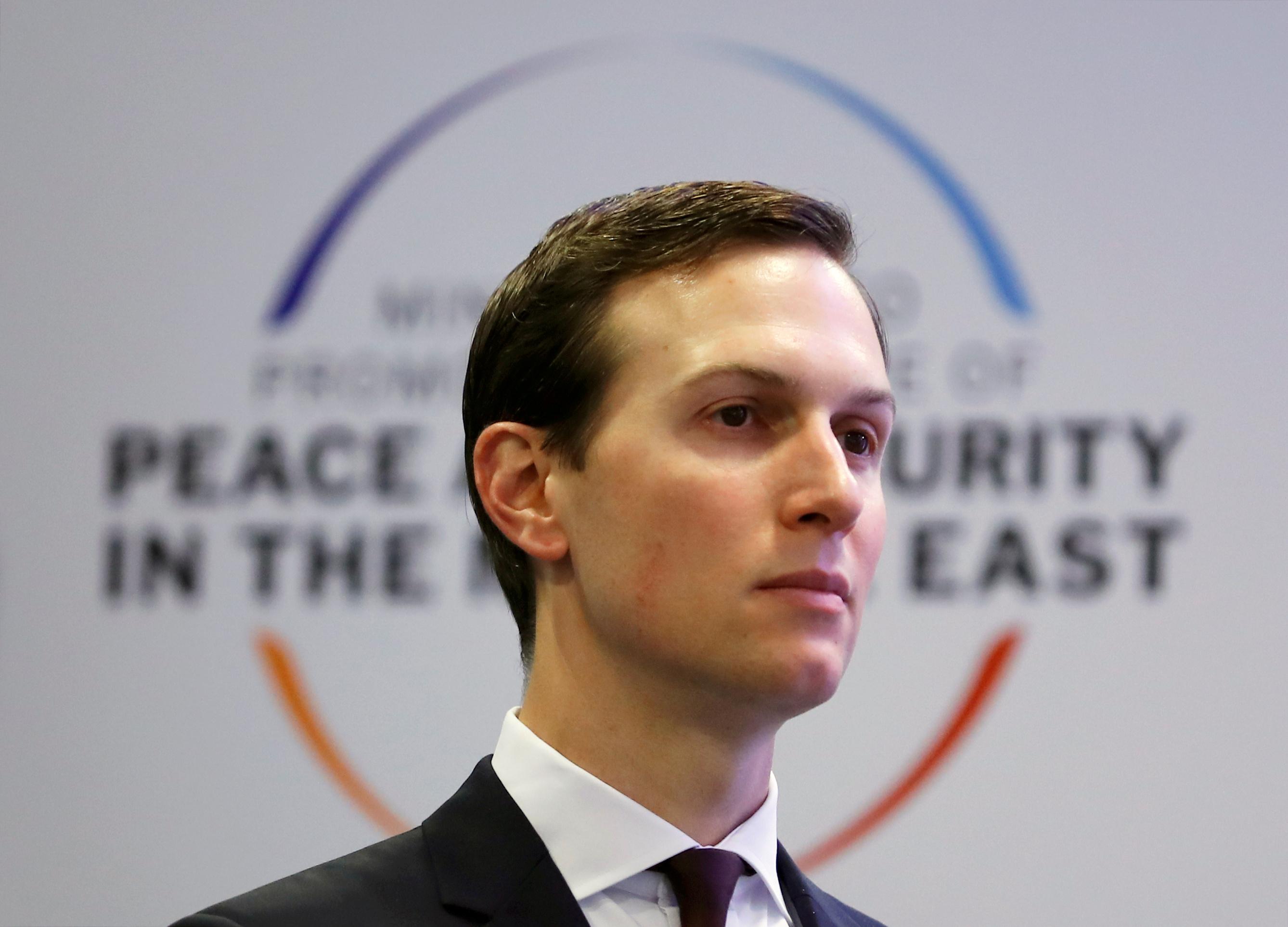 Kushner, who has responsibility for Washington’s Israel-Palestinian policy, has said the plan will address final-status issues of the conflict, including establishing borders.

Erdogan has been one of the most vocal critics of President Donald Trump’s support for Israel.

Last year he said the United States had forfeited its role as mediator in the Middle East by moving its Israel embassy to Jerusalem and recognizing the city as Israel’s capital.

“The United States has chosen to be part of the problem rather than the solution,” the Turkish president said last May, days before he hosted a summit of Muslim leaders which threatened economic measures against countries which followed the United States in moving their embassies to Jerusalem.

Israel calls all of Jerusalem its “eternal and undivided capital”, a status not recognized internationally. Palestinians want East Jerusalem, captured and occupied by Israel in a 1967 war, as capital of a future state.

In an interview broadcast on Monday on Sky News Arabia during a visit to U.S.-allied Gulf Arab states, Kushner made no specific mention of a Palestinian state, whose creation had been a key goal of Washington’s peace efforts for two decades.

But he said the long-awaited peace proposal would build on “a lot of the efforts in the past”, including the 1990s Oslo accords that provided a foundation for Palestinian statehood, and would require concessions from both sides.

U.S. officials said that Kushner, who is Trump’s son-in-law, is expected to focus on the economic component of the plan during his week-long trip to the region.