WASHINGTON (Reuters) – U.S. President Donald Trump said on Wednesday he had received a “great” letter from North Korean leader Kim Jong Un and would probably meet him again in the not-too-distant future as part of efforts to persuade him to give up his nuclear weapons.

Speaking to reporters at the White House, Trump defended stuttering U.S. negotiations with Kim, saying that if it had not been for his administration “you’d be having a nice big fat war in Asia.” He reiterated that there was no hurry.

“I’m not in any rush. I don’t have to rush. All I know is there’s no rockets, there’s no testing,” he said, referring to North Korea’s nuclear and missile tests that have been halted since the second half of 2017.

“They said that in Chairman Kim’s speech he really wants to get together, he wants to denuclearize and a lot of good things are happening,” Trump said.

“They really do want to do something. Now, does that mean it’s going to be done? Who knows? A deal’s a deal, you never know, but I tell you, we’ve established a very good relationship with North Korea.”

“We’ll probably now have another meeting. He’d like to meet, I’d like to meet,” Trump said. “We’ll set that up, we’ll be setting that up in the not-too-distant future.”

Kim vowed to work toward denuclearization of the Korean Peninsula when he met Trump for the first time at a summit in Singapore in June, but there has been little concrete progress since.

Kim said in a nationally televised New Year address on Tuesday that he was ready to meet again with Trump anytime, but warned he may take a “new path” if U.S. sanctions and pressure continued.

Trump, who in 2017 threatened to rain “fire and fury like the world has never seen” on North Korea because of the threat its nuclear weapons and missiles posed to the United States, said a world war had been averted.

“That was going to be a war – there could have been a World War Three to be honest with you … And instead, we have somebody who I really think wants to get on to economic development and making a lot of success and money, frankly, for his country.”

Trump said North Korea had “tremendous” potential, and added: “We’ll help them out too.”

On Monday, South Korea’s Chosun Ilbo newspaper reported that Kim had sent a message to Trump regarding the stalled nuclear talks. The report did not include details about the “letter-like” communication.

Trump told reporters on Wednesday the letter was “great” and that he would love to read it out loud, but did not do so.

Trump has said previously that a second summit with Kim was likely in January or February, though he wrote on Twitter last month he was “in no hurry.”

In his address on Tuesday, Kim said denuclearization was his “firm will” and North Korea had “declared at home and abroad that we would neither make and test nuclear weapons any longer nor use and proliferate them.”

However, he warned that North Korea might be “compelled to explore a new path” to defend its sovereignty if the United States “seeks to force something upon us unilaterally … and remains unchanged in its sanctions and pressure.”

In spite of Trump’s words, Kim’s comments have fueled doubts over whether North Korea intends to give up a nuclear weapons program it has long considered essential to its security.

Analysts said Kim’s message sent clear signals that North Korea, which has sought acceptance as a “responsible” nuclear power, was willing to stay in talks with Washington and Seoul this year – but on its own terms.

North Korea’s main state-run Rodong Sinmun newspaper said in a commentary on Thursday last year saw “wonderful changes” and “great movements” in North Korea’s relations with the South Korea and the United States, but progress in inter-Korean relations were “locked up in stagnation” because of U.S policies.

“The U.S. still remains unchanged in the policy hostile towards the DPRK,” the paper wrote, using the initials of North Korea’s official name, the Democratic People’s Republic of Korea.

The paper accused the United States of having a “a sinister intention to deprive the DPRK of its nuclear weapons and bring it to its knees without goodwill to build a new, good relationship with the DPRK”.

“The U.S. is urged to do what it should do for the improvement of the DPRK-U.S. relations, not making useless admonition while meddling in the issue of north-south relations, an internal issue of the Korean nation,” it said. 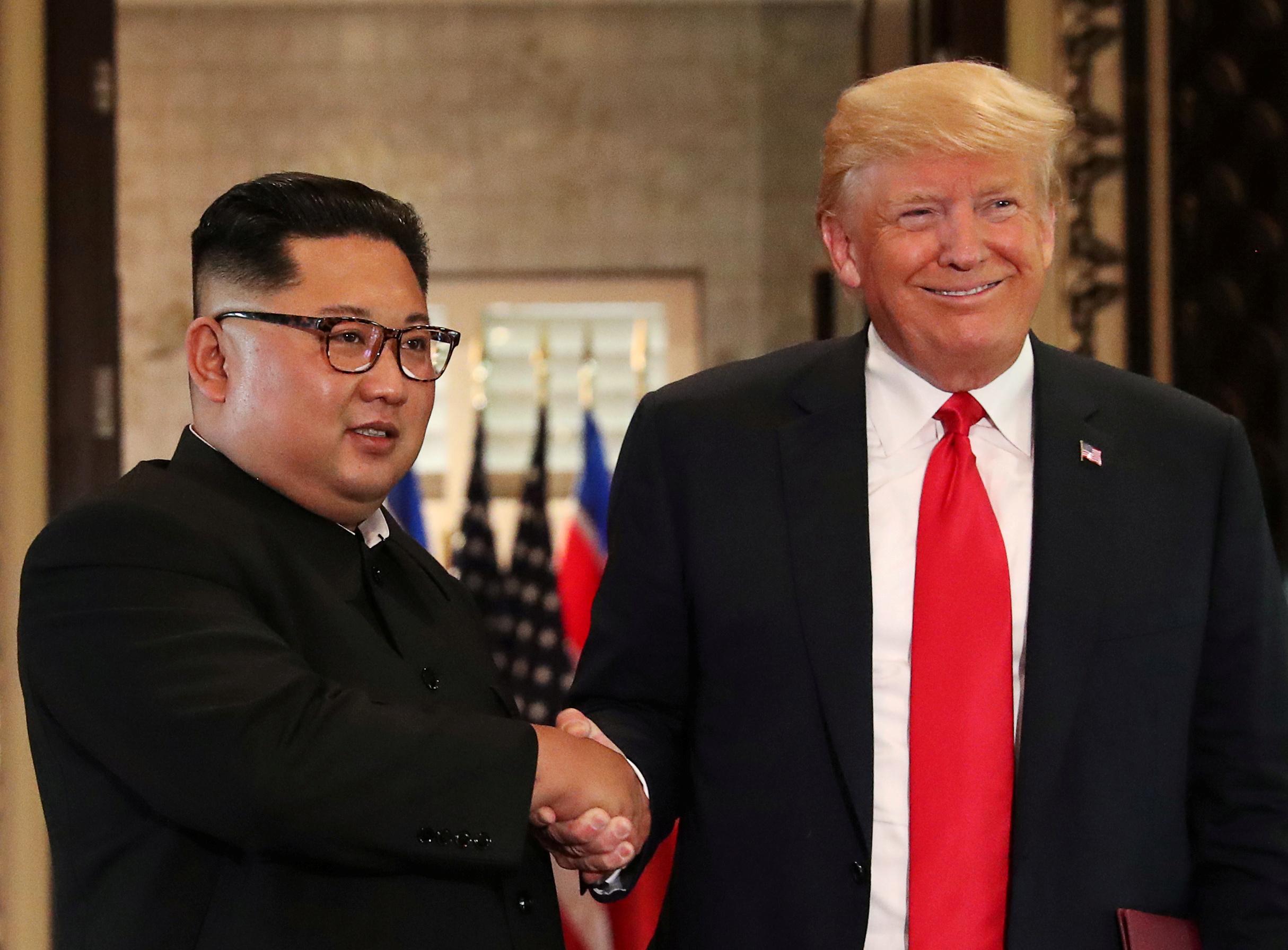 U.S. Secretary of State Mike Pompeo made several trips to Pyongyang last year but the two sides have yet to reschedule an abruptly canceled November meeting between him and senior North Korean official Kim Yong Chol aimed at paving the way for a second summit.

As well as demanding a lifting of sanctions, Pyongyang has been seeking an official end to the 1950-1953 Korean War in response to its initial, unilateral steps that have included dismantling its only known nuclear testing site and a missile engine facility.

U.S. officials have said the extent of initial North Korean steps was not confirmed and could be easily reversed. Washington has halted some large-scale military exercises with South Korea to aid negotiations, but has called for strict global sanctions enforcement until North Korea’s full, verifiable denuclearization.