SENATOR Cory Booker announced earlier today that he's ending his long-shot presidential bid after determining "there was no longer a path to victory."

And President Donald Trump quickly took to Twitter to jab his would-be 2020 foe, sarcastically writing he was "sooo concerned that I would someday have to go head to head with him!" 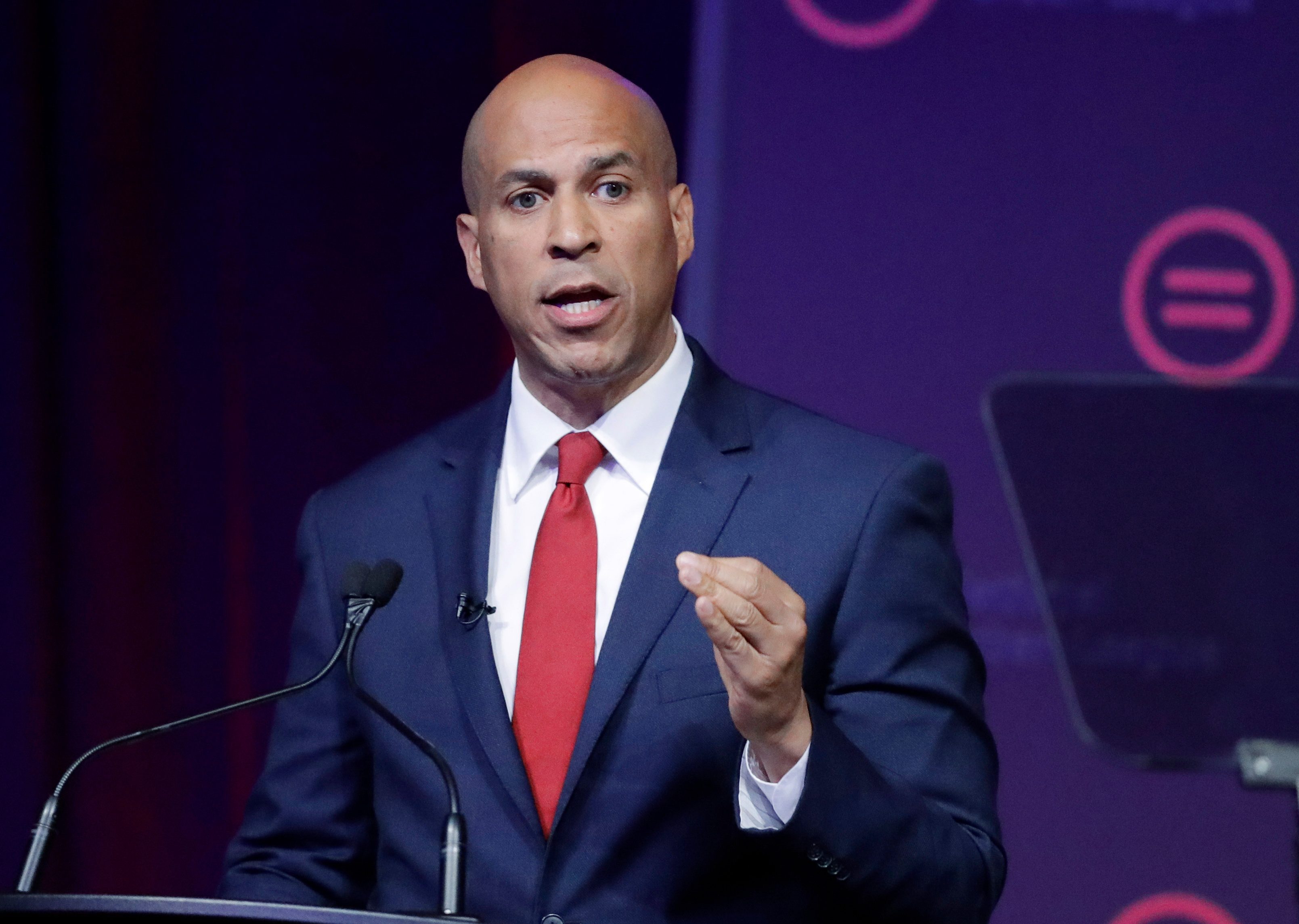 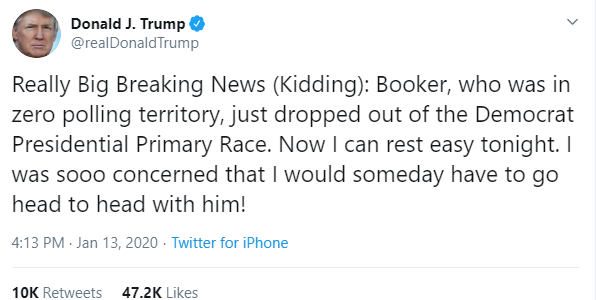 Booker made his Monday announcement on the same medium from which Trump later lambasted him: "It’s with a full heart that I share this news—I’m suspending my campaign for president," he tweeted.

Booker clarified in an email to supporters: "It was a difficult decision to make, but I got in this race to win, and I've always said I wouldn't continue if there was no longer a path to victory".

Booker's failure to gain any traction in the polls led to his failure to qualify for the debate – the second time in a row.

"Now I can rest easy tonight. I was sooo concerned that I would someday have to go head to head with him!"…

Booker launched his campaign in February, aiming to "restore a sense of community and mend the moral fabric of America."

He says he believed he didn't have the financial resources to be truly competitive.

Booker also cited Trump's looming impeachment trial, saying the prospect was "a piece, but not a big" factor in his decision to quit. 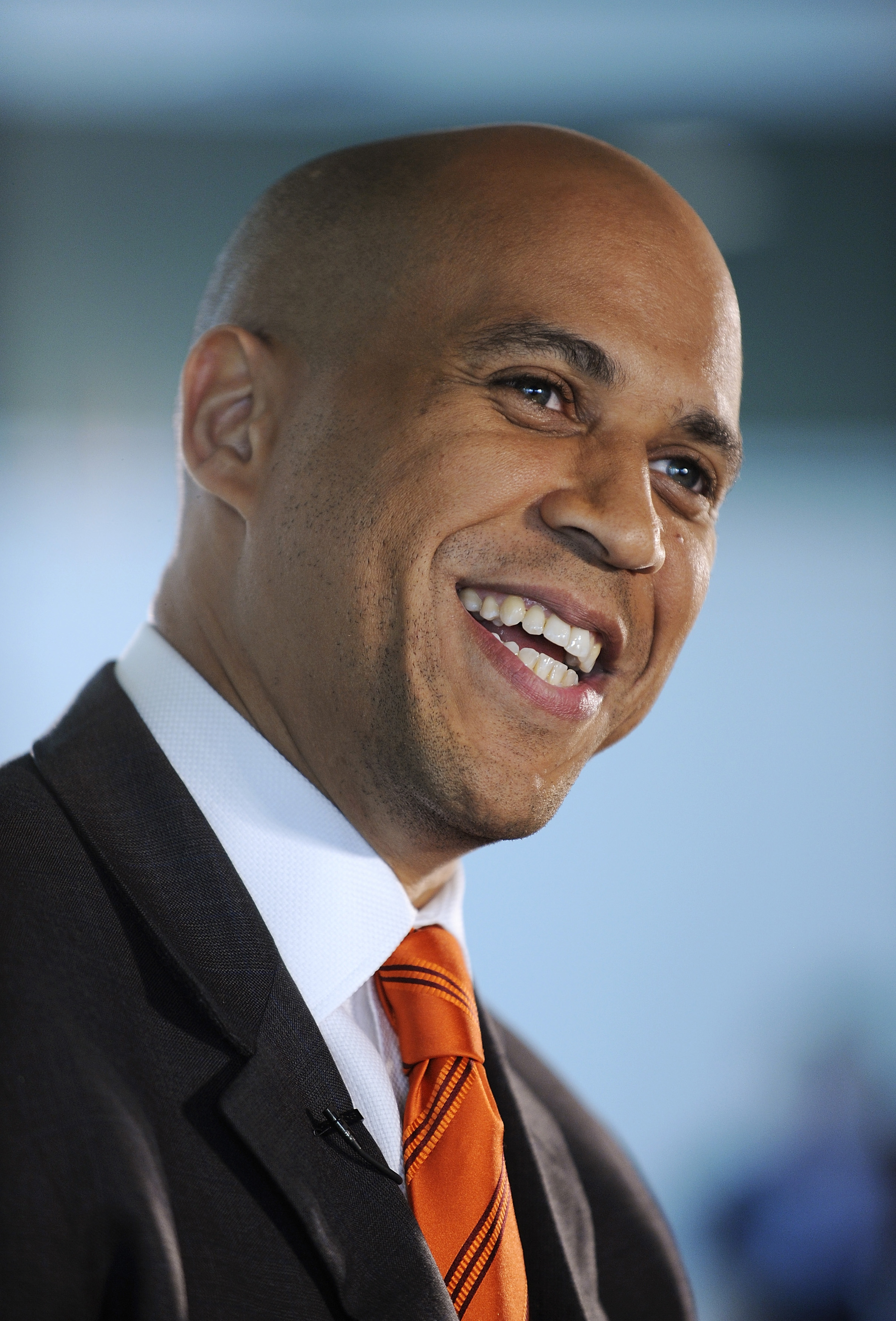