In a dramatic midterm split-screen, former President Donald Trump and his former Vice President Mike Pence will hold dueling campaign events this weekend in Arizona as Trump seeks revenge in the battleground he narrowly lost to President Joe Biden, a state that served as ground zero to perpetuate his “big lie.”

Pence’s endorsement Monday of Karrin Taylor Robson, a wealthy GOP donor and former member of the Arizona Board of Regents, over Kari Lake, a former Fox 10 Phoenix anchor whom Trump endorsed last fall, marks the latest break between the two leaders, both with 2024 aspirations, who were close the entirety of their administration — until Pence wouldn’t submit to Trump’s pressure campaign to intervene to overturn the 2020 election.

While it’s unclear if Ducey will join him, Pence is expected to hold at least one event for Robson on Friday, while Trump rallies for his candidates in Prescott. The details of Pence’s plans are still being worked out, a source familiar told ABC News. 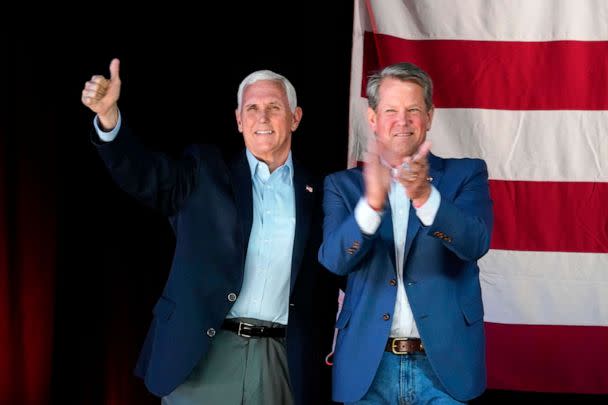 A slate of Trump endorsees who espouse his false claim that the 2020 election was stolen, without evidence, are running for statewide offices in charge of overseeing and certifying elections in the state, raising concerns about election integrity within the Republican Party — the very issue those Trump-backed candidates claim to be running on. The former president’s rally with them, rescheduled from last Saturday due to the death of his ex-wife, Ivana Trump, now comes one day after the House select committee investigating the Capitol attack will hold a prime-time hearing to lay out the timeline of Trump’s actions on Jan. 6.

“This is a battle for the soul of the Republican Party in Arizona,” Barrett Marson, a GOP strategist in Arizona, told ABC News on Monday.

But he offered a caveat to Trump and Pence coming to town just 10 days before the primary election on Aug. 2.

“The thing to really note in Arizona is that we are early voters, and so the impact of both the Trump and Pence endorsements are a bit muted,” he said.

As of last Friday, 253,000 ballots have been returned early in the state with about 26,500 more votes in the Democratic primary than the Republican, according to Uplift Data, which pulls reporting from the Arizona Democratic Party Voter File and Arizona County recorders. 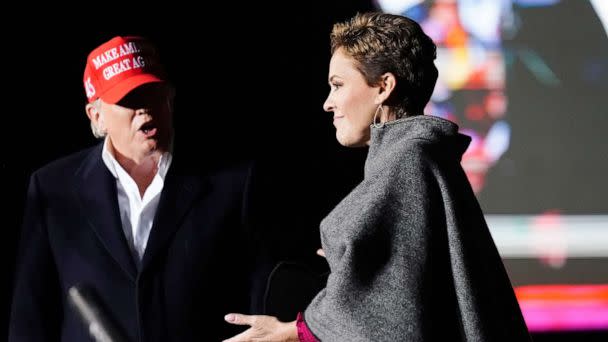 What has made a difference in Arizona’s gubernatorial race is State Rep. Matt Salmon dropping out of the race in June, a week before early voting began in an apparent effort to consolidate votes around Robson. Salmon has criticized Lake for a handful of hypocrisy scandals, such as having donated in the past to Democratic candidates in the past. Since he left the race, Robson has seen a boost in polling, though Lake still holds a narrow lead.

Back in May, in their first major collision of the 2022 midterm cycle, the former vice president last held a rally counter to Trump ahead of Georgia’s gubernatorial primary, breaking from Trump to stump for incumbent Republican Gov. Brian Kemp. Kemp beat David Perdue, the former senator Trump recruited, and soared to victory without a runoff — dealing a blow to Trump’s endorsement power which will be tested again in Arizona in two weeks.

The ongoing endorsements highlight the midterm divide between Trump and the Republican Party.

Pence’s endorsement of Robson on Monday follows endorsements from former Republican Gov. Chris Christie of Arizona, an ABC News Contributor, as well as Arkansas Gov. Asa Hutchinson, who, with presidential aspirations of his own, has said he does not think Trump should be the Republican nominee in 2024. 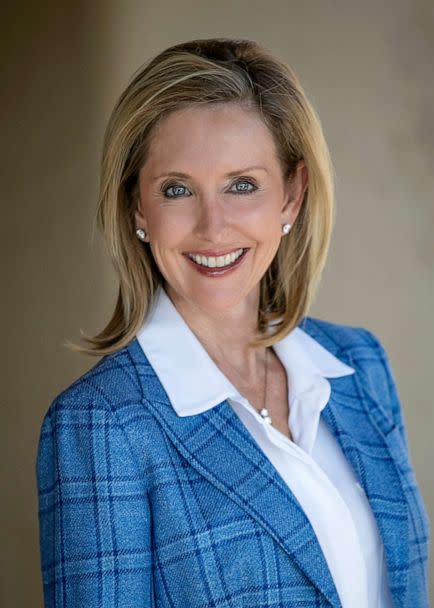 Ducey, also under Trump’s ire since certifying Biden’s victory (and infamously sending Trump to voicemail while doing it), has come out swinging against Lake, casting her campaign as “all an act” and using the nickname “Fake Lake.”

“She’s been putting on a show for some time now, and we’ll see if the voters of Arizona by it,” Ducey said on CNN’s “State of the Union” Sunday. “Kari Lake’s misleading voters with no evidence.”

As chair of the Republican Governors Association, Ducey refused to say whether the RGA would support Lake in the general election if she wins the primary on Aug. 2, though the organization historically does not get involved in open primary races.

“We’re on offense, but we don’t support lost causes,” he said, adding that he doesn’t classify any Republican candidates in the “lost cause” category yet. 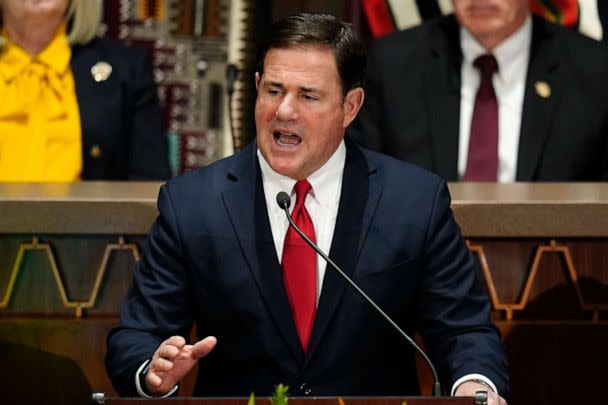 Nicole DeMont, campaign manager to current Secretary of State Katie Hobbs, the likely Democratic nominee for governor, in a statement to ABC News on Monday reacting to Pence’s endorsement, referred to their potential opponents as “Lobbyist Karrin Taylor Robson” and “MAGA Kari Lake,” who she said “are focused on their primary race to the bottom,” while Hobbs “is working to bring Arizonans together to solve our biggest challenges,” such as inflation, securing abortion access and public education.

The apparent schism in the GOP is not limited to races for governor.

MORE: GOP braces for more Trumpy moments ahead: The Note

As opposed to other GOP candidates, including Finchem, State Sen. Michelle Ugenti Rita and State Rep. Shawnna Bolick, Lane does not subscribe to the belief that the 2020 election was stolen and has said he’s pleased to have Ducey’s support.

Finchem, on the other hand, was in Washington on Jan. 6, though he says he did not enter the Capitol, and was among 30 GOP lawmakers in Arizona who signed a joint resolution calling on Congress to accept an “alternate” slate of electoral votes for Trump.The House select committee investigating the Capitol attack issued Finchem a subpoena earlier this year for “information about efforts to send false slates of electors to Washington and change the outcome of the 2020 election.” 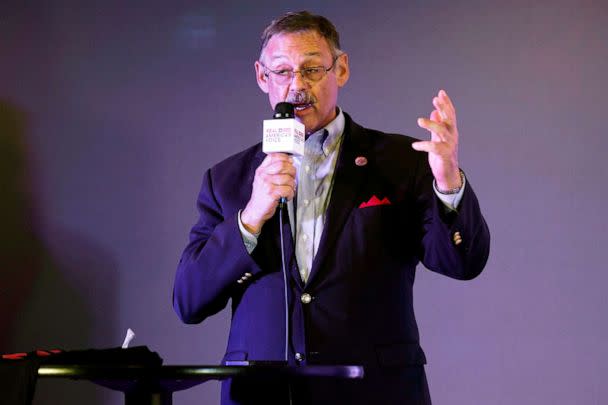 The far-right lawmaker has repeatedly touted Trump’s endorsement since last year and recently boasted on Twitter that he’s the candidate “NOT” endorsed by Ducey, as Trump-backed candidates seek to distance themselves from those not in Trump’s good graces. He and Lake have laid the groundwork to call their primary races “rigged” if they do not win.

Just so there is no confusion, I am NOT endorsed by Doug Ducey.

Marson, who lives in Phoenix and is voting for Robson, warned that if Lake does win the primary, Republicans will have a harder time in the general election against Hobbs.

“Kari Lake embodies the Trump experience. Famous on TV, a former liberal who became a conservative overnight and energized the far-right base of the Republican Party. She has taken the Trump playbook and tried to replicate what Trump did nationally in Arizona — but Trump lost 2020 in Arizona,” he said. “Lake trying to replicate that isn’t a winning strategy. Maybe it is for the primary — we’ll find that out in two weeks — but it is definitely not a winning strategy for the general election.”