DONALD Trump steadfastly shrugged off the sounds of deafening boos and chants of "lock him up" as he sat in the stands for the World Series baseball game on Sunday.

The US president showed up to Game 5 of the World Series with wife Melania, drawing loud boos and jeers when introduced to the crowd. 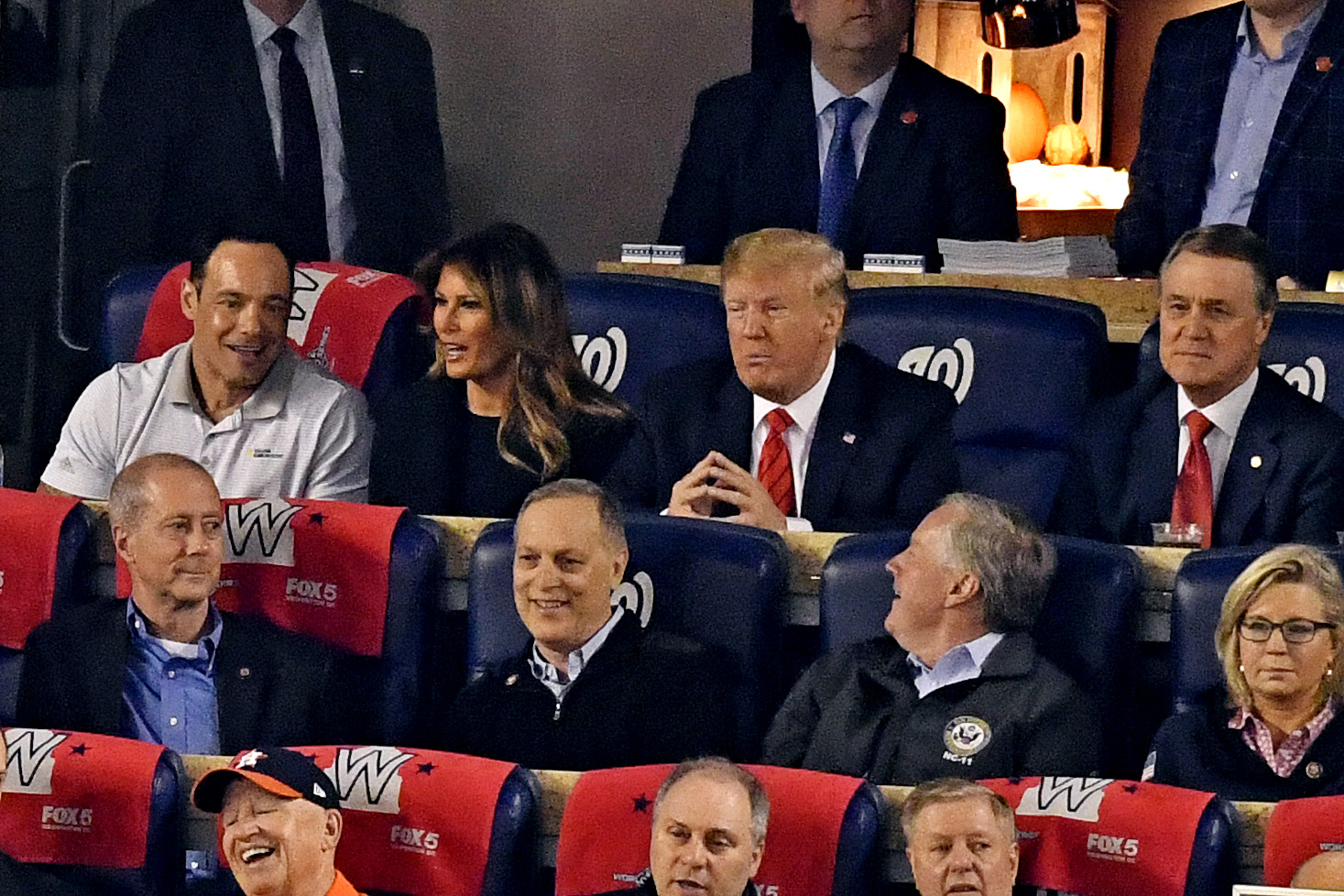 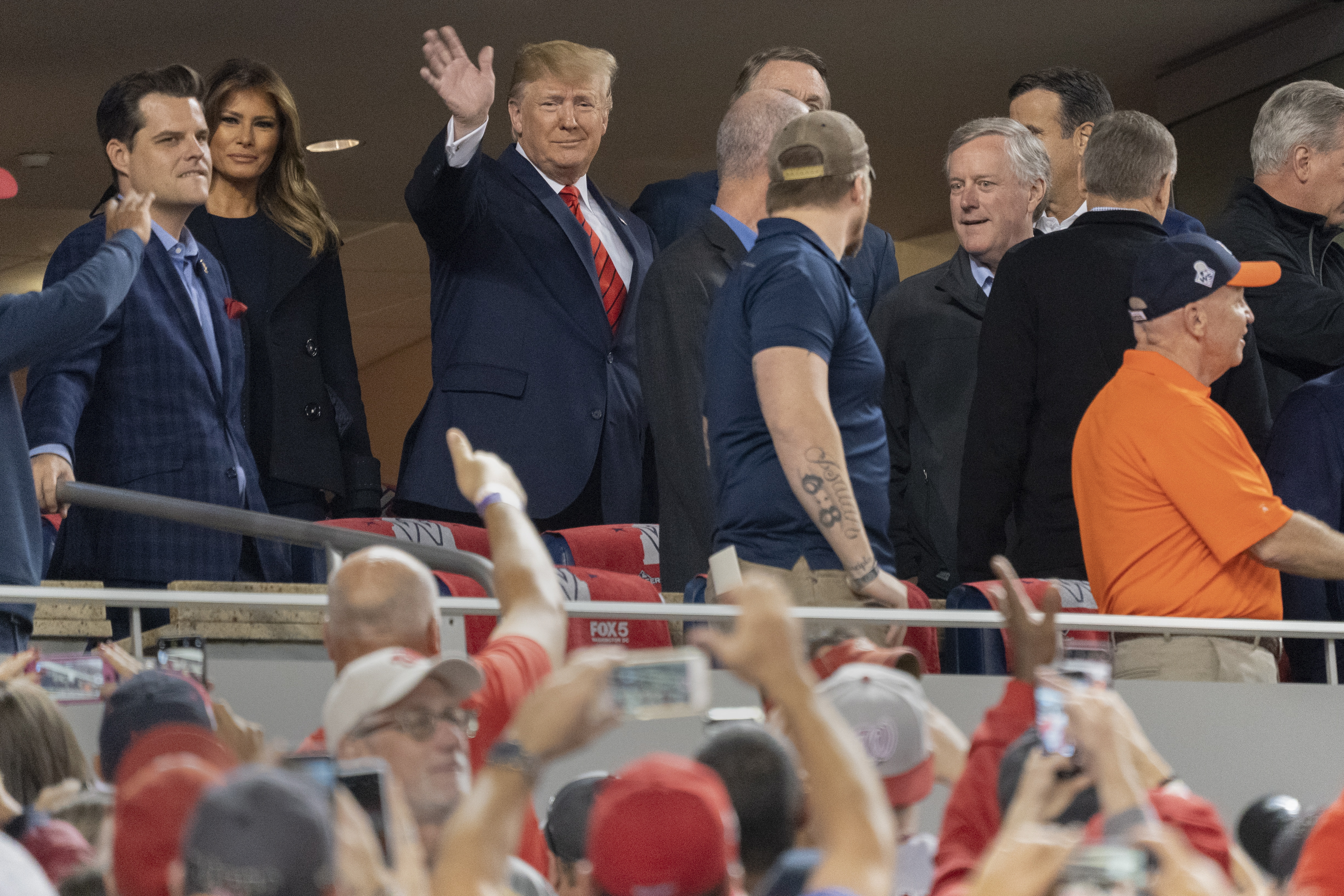 Trump and first lady Melania Trump arrived at Nationals Park and entered a lower-tier box to the left of home plate as the game between the Houston Astros and Washington Nationals got under way.

Most baseball fans were unaware of Trump's arrival but during the third inning, a ballpark video which cut to Trump and his entourage drew a torrent of boos and heckling.

Chants of "Lock him up!" broke out in some sections of the crowd.

Some fans behind home plate held a sign reading "VETERANS FOR IMPEACHMENT".

Another banner appeared during the game: "IMPEACH TRUMP!"

However, Trump appeared unfazed and continued waving – even giving a thumbs-up.

The president was on hand for most of the game, departing shortly before the middle of the eighth inning.

Twitter also erupted with the hashtag “lock him up” as some in the crowd shared video of the heckling.

Screenwriter Randi Mayem Singer tweeted: “This is perfection. You can see Trump as he realizes the crowd is booing him.

"He looks at Melania. She seems to be saying ‘just smile and clap until it’s over. It may not be as bad as it sounds up here.’ Then the crowd starts chanting LockHimUp."

It was the first major league game Trump has attended since becoming president even though the White House is a few miles northwest of Nationals Park.

His staff has long tried to shield him from events where he might be loudly booed or heckled, and he has rarely ventured into the neighborhoods of the heavily Democratic city.

He won just over 4 per cent of the vote in the District of Columbia in 2016.

A dozen or so congressional lawmakers accompanied the president, according to a list provided by the White House, including Sens. Lindsey Graham of South Carolina and David Perdue Georgia.

"I think everybody is excited," Nationals star pitcher Stephen Strasburg said before the game.

"It's the president of the United States. So there's obviously beefed-up security. So usually the dogs that are sniffing in our clubhouse are these nice Labs that are super friendly. And today there was a German shepherd that I didn't really feel comfortable petting."

Nationals manager Dave Martinez said: "He's coming to the game. He's a fan. Hopefully he cheers for the Washington Nationals, and I hope he enjoys the game." 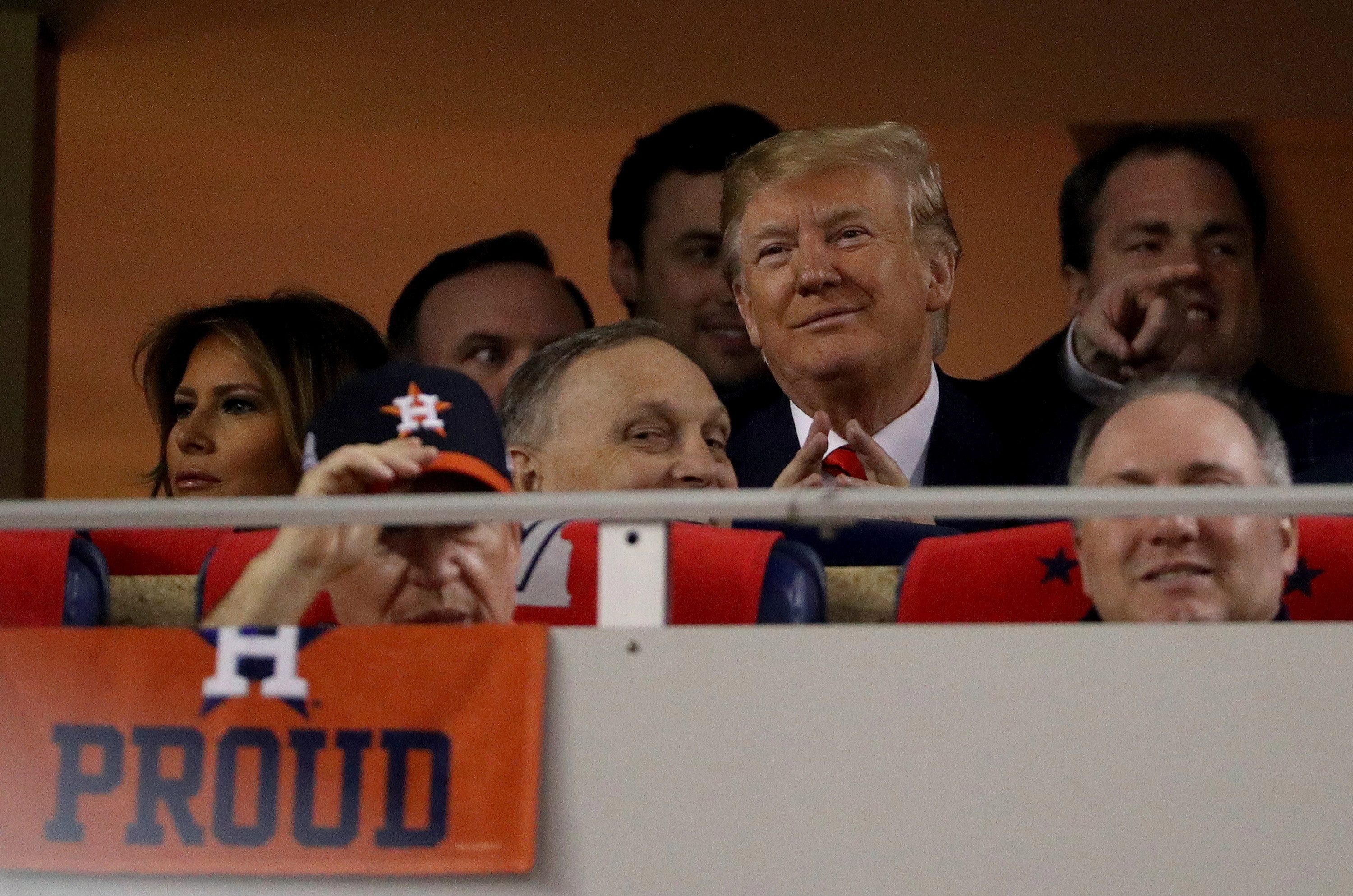 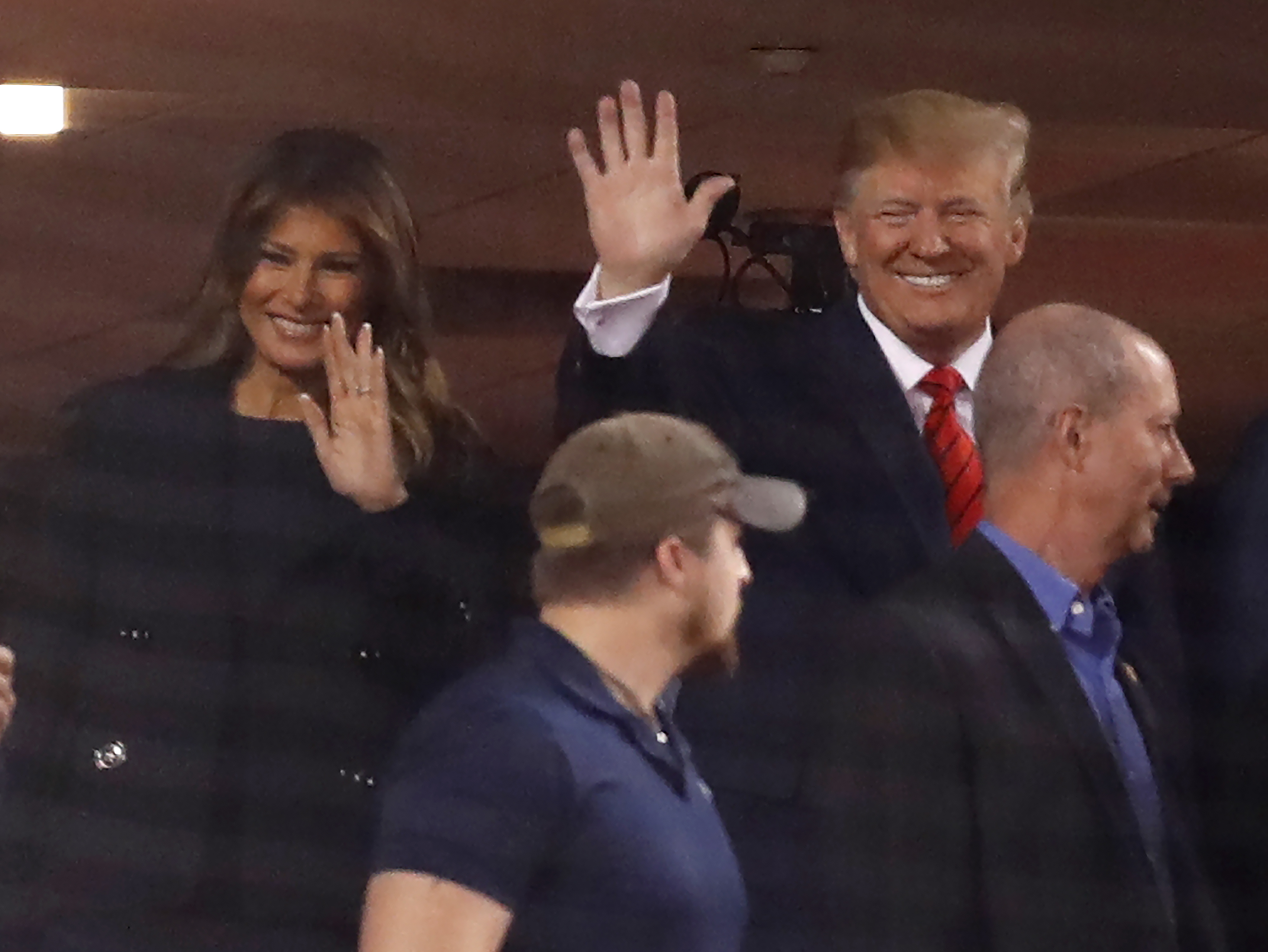 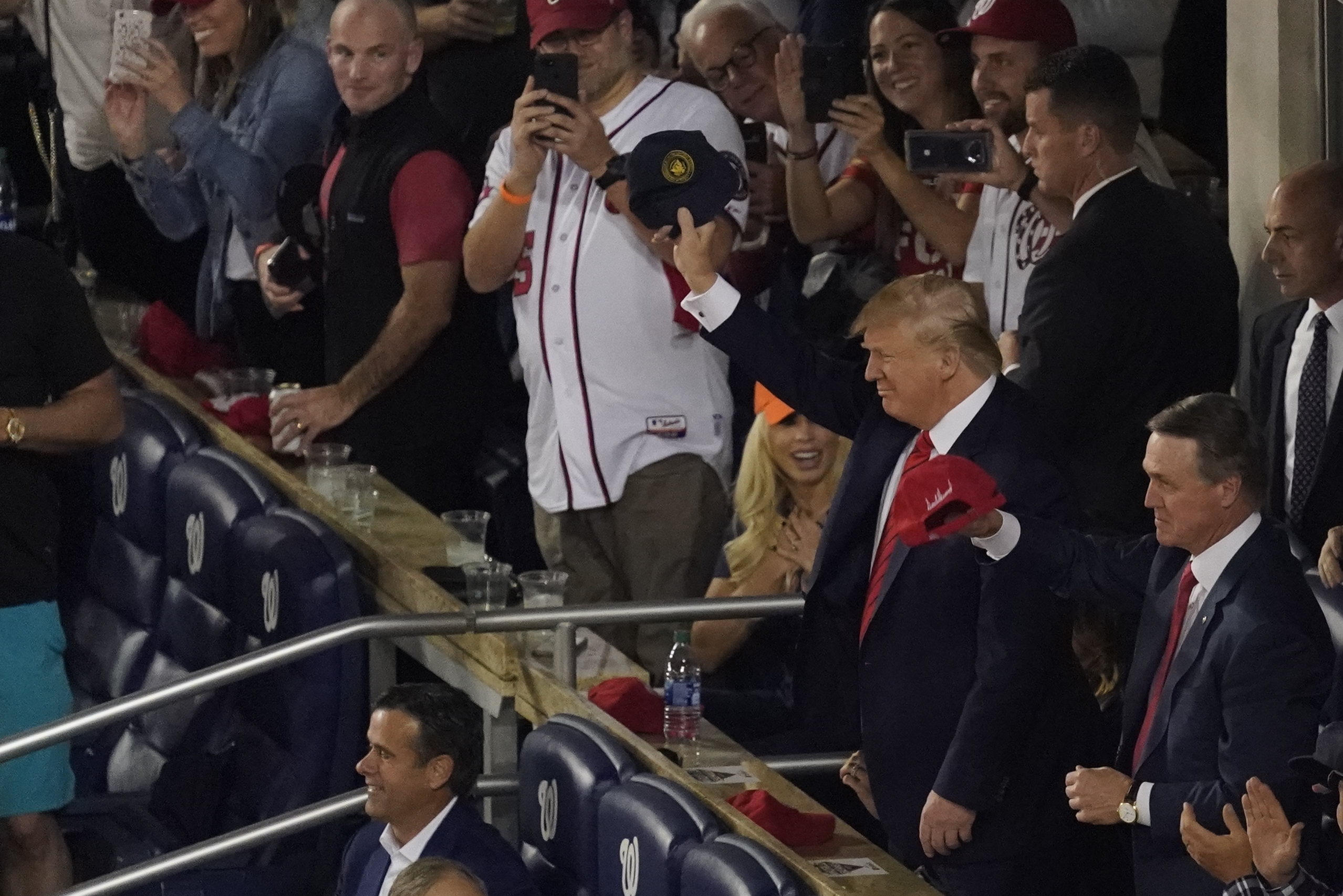 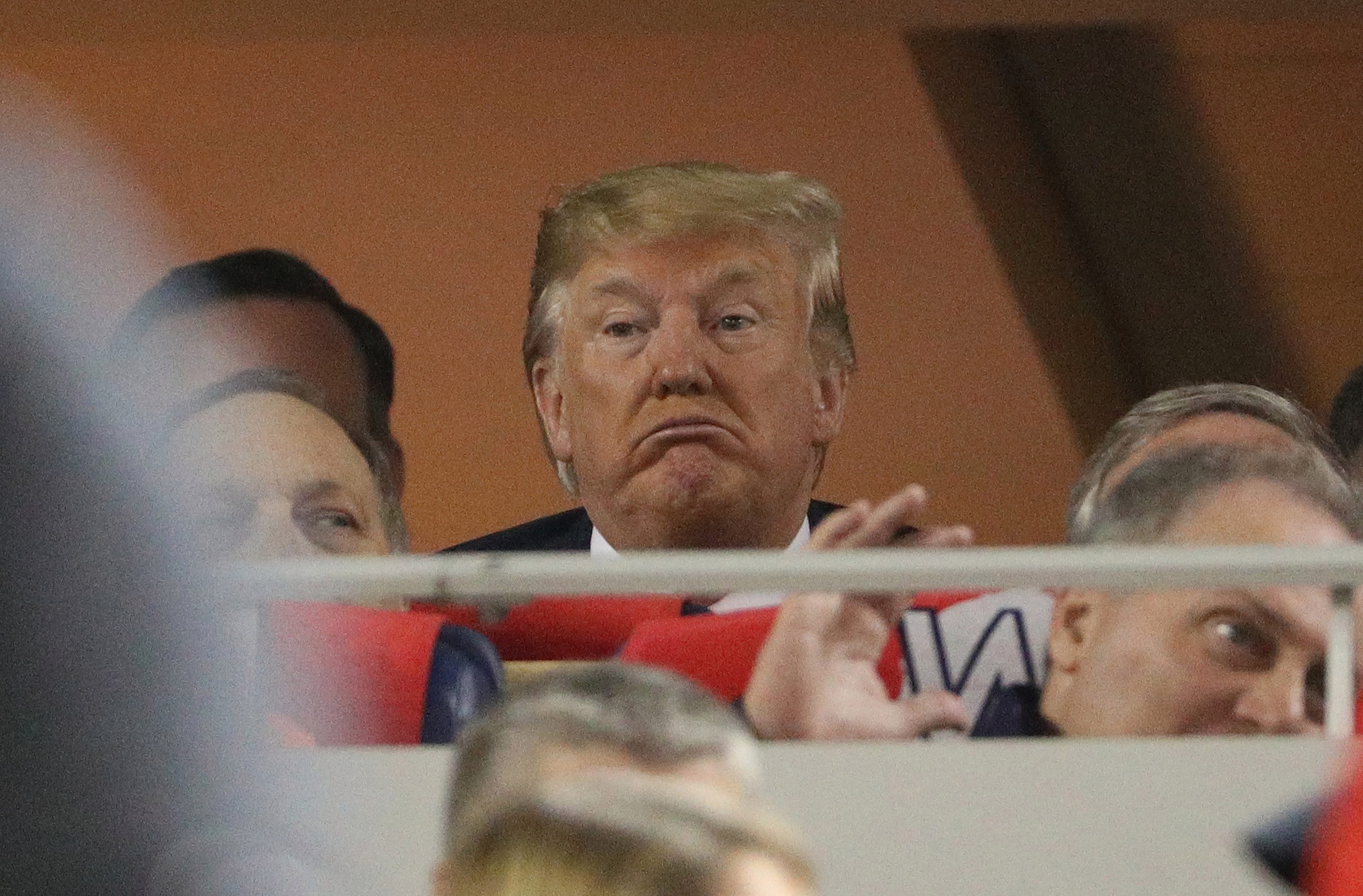