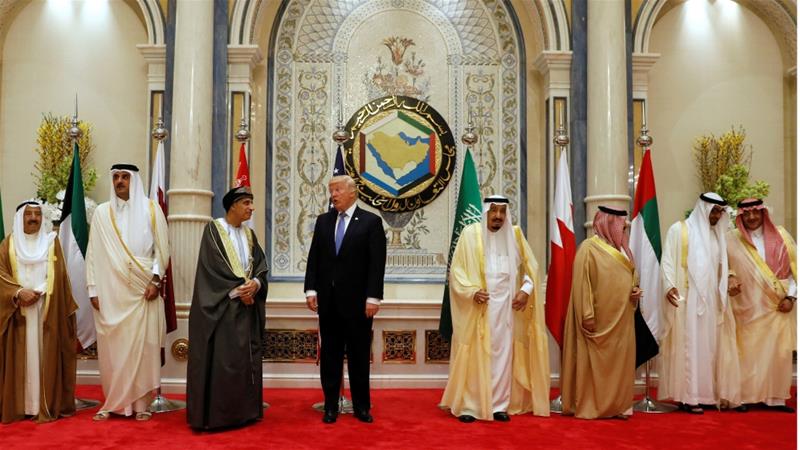 Several leaders of the Gulf Cooperation Council (GCC) are scheduled to meet US President Donald Trump over the next couple of months, a US official has said.

In a bid by Washington to resolve the ongoing Gulf diplomatic crisis, leaders of the region will conduct bilateral visits with Trump, Reuters news agency reported on Saturday.

According to the official quoted by Reuters, talks will revolve around the possibility of establishing a GCC summit later this year under Washington’s auspices, as well as the role of Iran in the region.

The dispute in the Gulf began in June 2017, when Saudi Arabia, the UAE, Egypt and Bahrain cut off diplomatic relations with Qatar and imposed a land, sea and air blockade after accusing it of supporting “terrorism”.

Qatar has strongly rejected the allegations as “baseless”.

The US and the EU have repeatedly called on the countries to engage in dialogue.

Earlier this month, Qatari Foreign Minister Sheikh Mohammed bin Abdulrahman Al Thani said that his country would be willing to participate in a US-GCC summit next spring, provided that the blockading countries’ motivation is based on real will and not coercion.

The last US-GCC summit was held in May 2017, in the Saudi capital Riyadh, just before the crisis unfolded.