Video of an 11-year-old Ohio boy’s heartwarming reaction to finding out he would be getting a family for Christmas has now been viewed millions of times on Twitter.

In the now viral video, Carter Wyles is seen opening his final Christmas gift and finding a framed photo of his aunt, uncle and his cousins, as well as a note inside.

“This is our most recent picture of our family,” Carter said, reading the note out loud. “All of us would love for you to be in the next picture and to be part of our family… would you like to be a Kiphart and be our son and brother?” 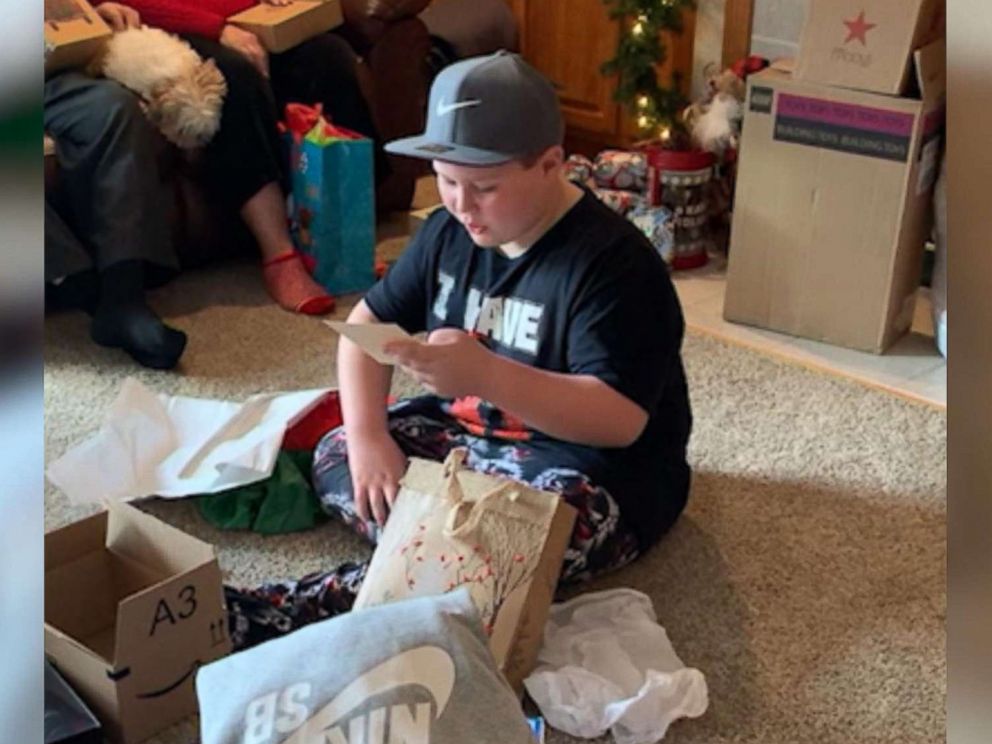 Carter, surrounded by his family, started to cry, and his aunt came over to give him a big hug.

“What do you think, buddy? We’re going to adopt you, Carter,” says someone off-camera.

Carter nodded. “I want to thank you so much.”

Carter told ABC affiliate WSYX in Ohio that the magical moment was “really emotional” for him: “It feels awesome.”

Carter’s aunt, Leah Kiphart, told WSYX that his adoption status was nearing deadline and about to change so someone outside the family would be able to adopt him.

“This might have been the last time that we were ever going to see Carter, and felt that it was really important for us to keep him in the family,” Kiphart said. “A lot of people talk about how lucky he is. We are just as fortunate to have him join our family.”

As for the all the attention the video has gotten online, Carter said it made him feel good that “other people can enjoy my happiness and my family’s happiness.”