Mind the pay gap! London Tube drivers on £100,000-a-year salaries are earning more than airline pilots despite their jobs getting easier as staff who open and close automatic doors earn a 4% hike

The salaries of some London Tube drivers have broken the £100,000 barrier – more than most airline pilots – despite their jobs getting easier as many now only have to open and close the doors.

The eye-watering figures, which include overtime, bonuses and employer pension contributions, show the highest paid driver in the year to November received £103,374 – 69% more than in 2012 – while nine were paid upwards of £100,000.

It comes before a wave of strikes that will bring misery to travellers during the Christmas period and lead to an estimated £8million in lost sales for struggling high street shops. 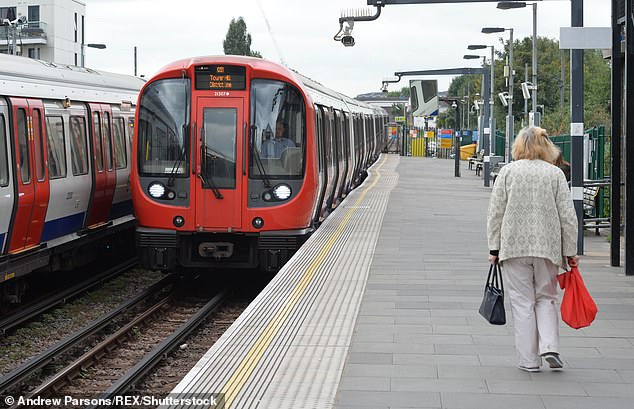 The eye-watering figures, which include overtime, bonuses and employer pension contributions, show the highest paid driver in the year to November received £103,374 – 69% more than in 2012. File photo

The basic salary of an average Tube driver is now double that of a London nurse, reported The Sunday Times. They received another 4% boost this year despite five out of 11 lines being automatic, meaning they only have to open and close doors.

They also get a free annual travel pass, which are worth £3,548 and cover zones 1-9, eight and a half weeks of paid holiday and full pensions at 60. Those retiring at 50 get a reduced pension.

The salary of a Metropolitan Police constable starts at £22,344.

Tory mayoral candidate criticised London Mayor Sadiq Khan for the figures, although his spokesman said the contracts were negotiated when Boris Johnson was in office.

What Tube drivers take away each year

Drivers on two lines will go on strike over Christmas over claims of unfair treatment. The Central Line walkout will last from Friday 21 and Saturday December 22, while the Bakerloo Line will close on Boxing Day and Monday January 14.

Londoners took to Twitter to bemoan the latest strikes, complaining that they are becoming a ‘Christmas tradition’.

The Central Line travels beneath London’s famous Oxford Street, meaning shoppers trying to get to the area will have to find alternative routes.

The RMT says the strike is over ‘a failure to employ enough drivers, a wholesale abuse of agreed procedures and the victimisation of a trade union member’.

‘They are demanding the reinstatement of a driver who was sacked for failing a drugs test, something for which we have zero tolerance.

‘We always strive to run a reliable service but our commitment to the safety of both customers and staff is absolute and something we will never compromise on. 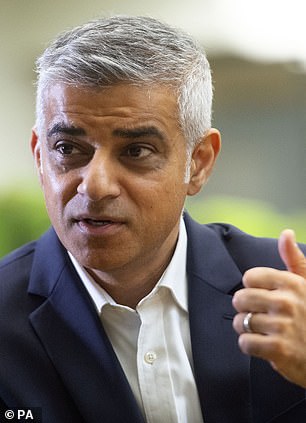 ‘I urge the unions to call off this entirely unnecessary strike action which will only cause disruption to our customers during the festive period.’

James Roberts, political director of the Taxpayers’ Alliance, told MailOnline: ‘These salaries are totally indefensible. Taxpayers funnelled over £2 billion to Transport for London last year, only to see it frittered away on these stratospheric salaries.

‘Increasingly, the role of a Tube driver is getting easier, with more sophisticated rolling stock requiring less human input.

‘And the trade unions need to be called out for making commuters’ lives misery and committing daylight robbery against hard-working families.’

Aslef said: ‘The last pay agreement was concluded with Boris Johnson when he was the Conservative Mayor of London.

‘He felt, TfL felt, and we felt that pay deal accurately reflected the training, professionalism, and expertise of our members in delivering a professional public service for hundreds of thousands of passengers travelling on the Underground in the capital every day.’ 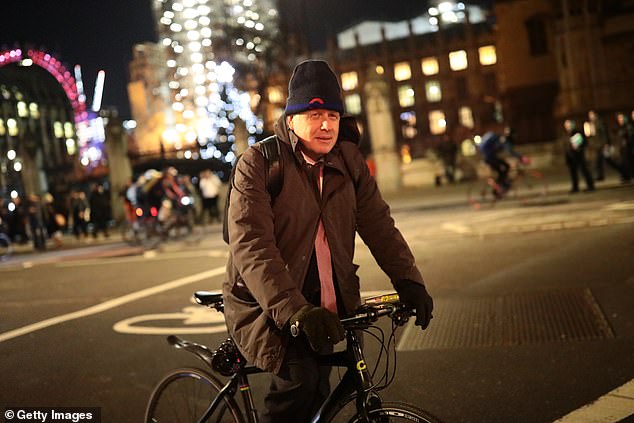