In the first attack, a police patrol car was targeted near the French embassy in the centre of Tunis at around 11am. 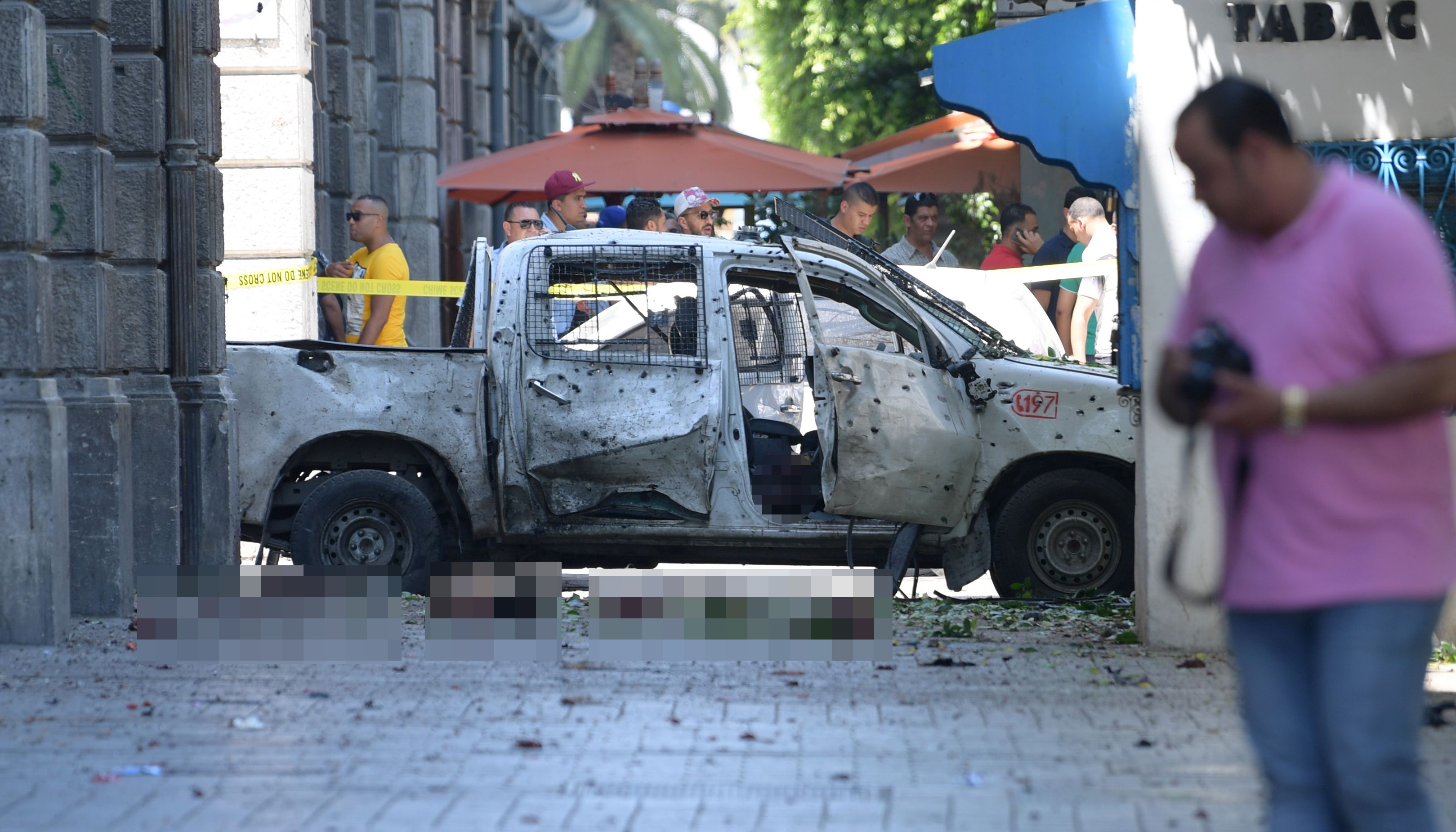 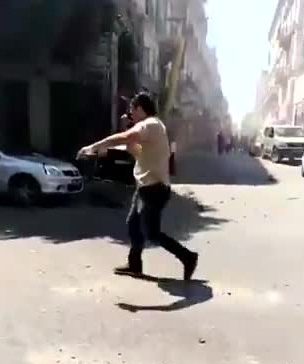 A police officer was killed and three civilians were wounded in that blast.

Body parts were strewn beside a pockmarked vehicle on the corner of Rue Charles de Gaulle and Habib Bourguiba Avenue in the city centre near western hotels.

Footage taken at the scene shows bystanders helping the wounded, including at least one person lying on the ground.

It was around 100 yards from France's embassy and also close to the Palmarium shopping centre which was targeted by a female suicide bomber in October.

At the same time as the first attack, a second suicide bomber struck one of the entrances of the headquarters of the government's anti-terrorism brigade, on the outskirts of the city.

Four police officers were wounded in the second attack and heavily armed police cordoned off streets throughout the city.

Witnesses rushed away from the scene of the first attack while the body of one suicide bomber lay on the ground.

"I was shopping with my daughter and we heard a big explosion," said a man who give his name only as Mohamed.

"We saw the body of the terrorist lying on the ground near a police vehicle after he blew himself up."

Interior Ministry spokesman Sofian Zaak said the attackers had not yet been identified, and he called on the public to show strength and not panic.

People appeared to heed that message and within minutes of the attacks, they could be seen sitting as usual in cafes up and down Habib Bourghiba Avenue.

In a show of more open defiance, some 300 people gathered on the same street and held up pamphlets saying: "We do not fear terror, Tunisia is no place for terrorism."

They chanted the national anthem and slogans praising the security forces.

Habib Bourguiba Avenue is the heart of the commercial and tourist district and is lined with western hotels and a theatre.

British tourists have only recently started returning to Tunisia after the Sousse beach massacre and Bardo museum shooting in 2015, which ISIS claimed responsibility for.

The Foreign Office urged travellers to "remain vigilant", keep up to date with developments and follow the advice of local authorities.

Tunisia has been battling militant groups operating in remote areas near the border with Algeria since an uprising overthrew autocratic leader Zine Abidine Ben Ali in 2011. 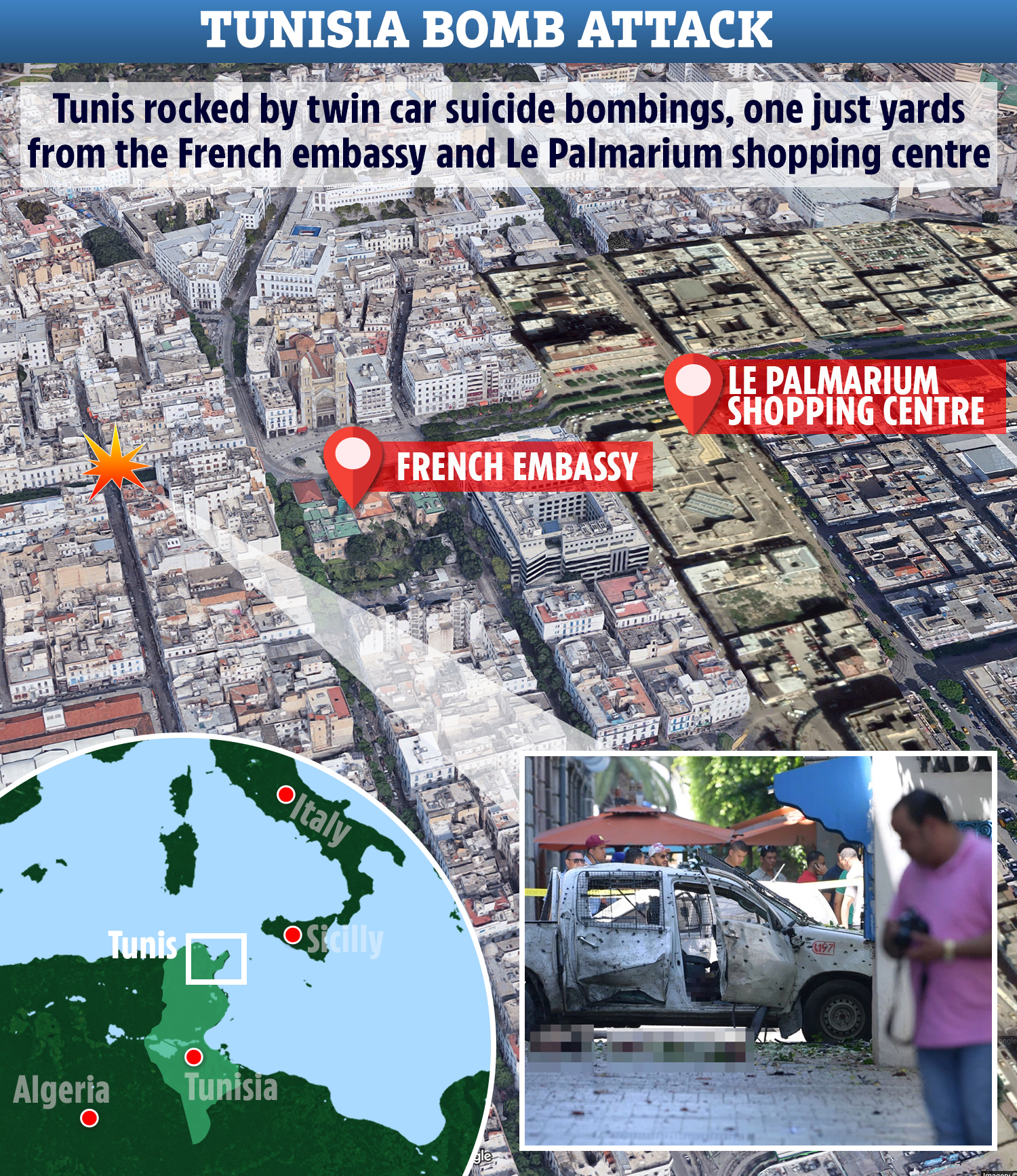 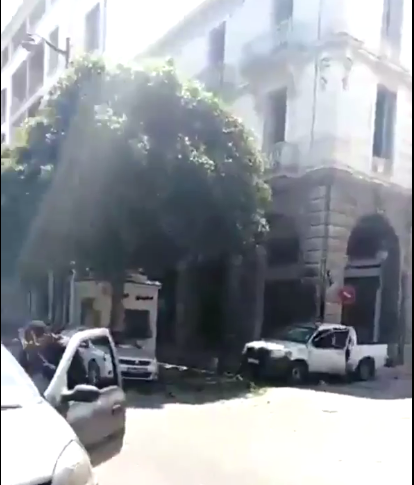 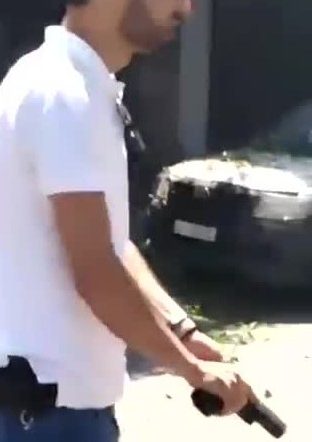 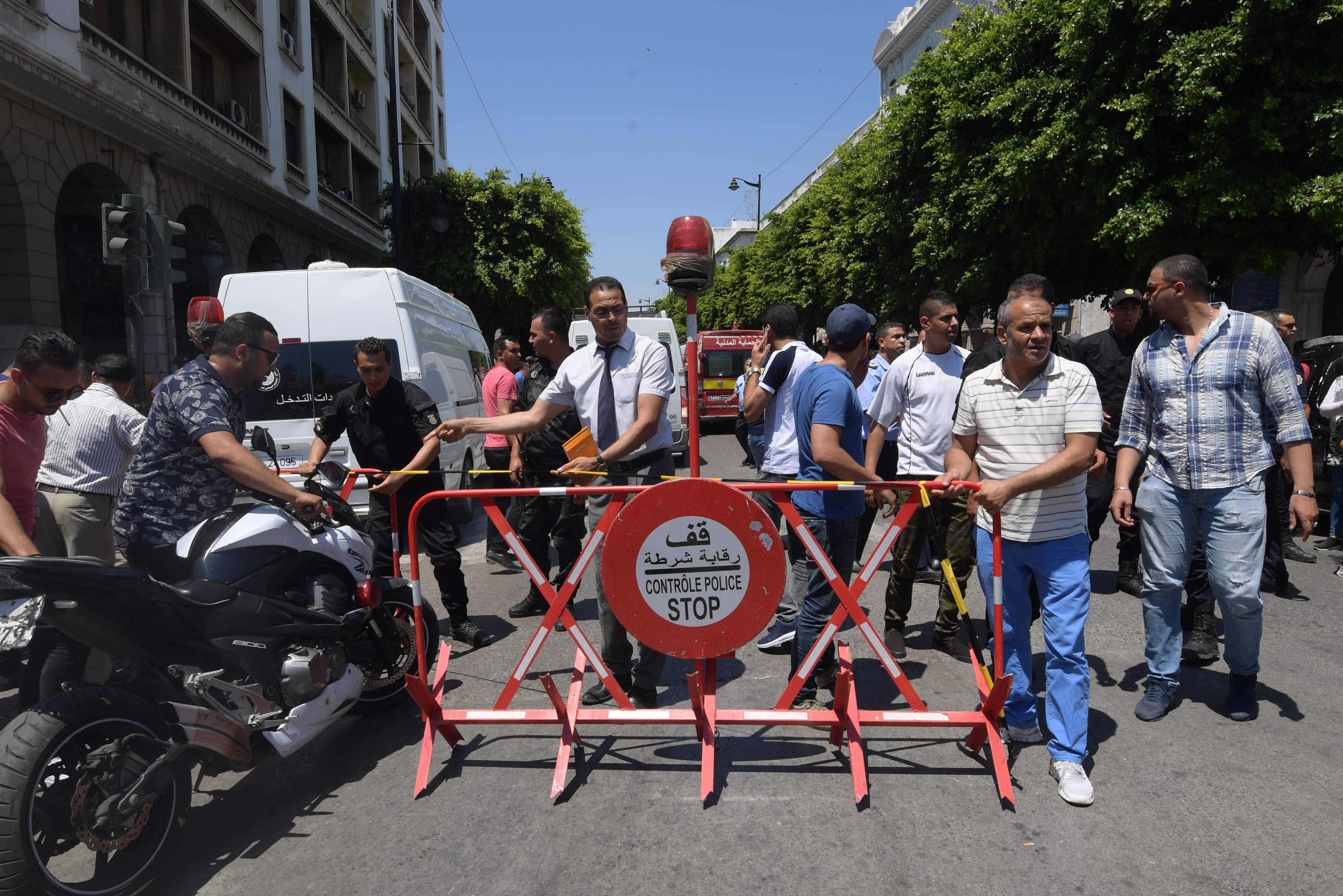 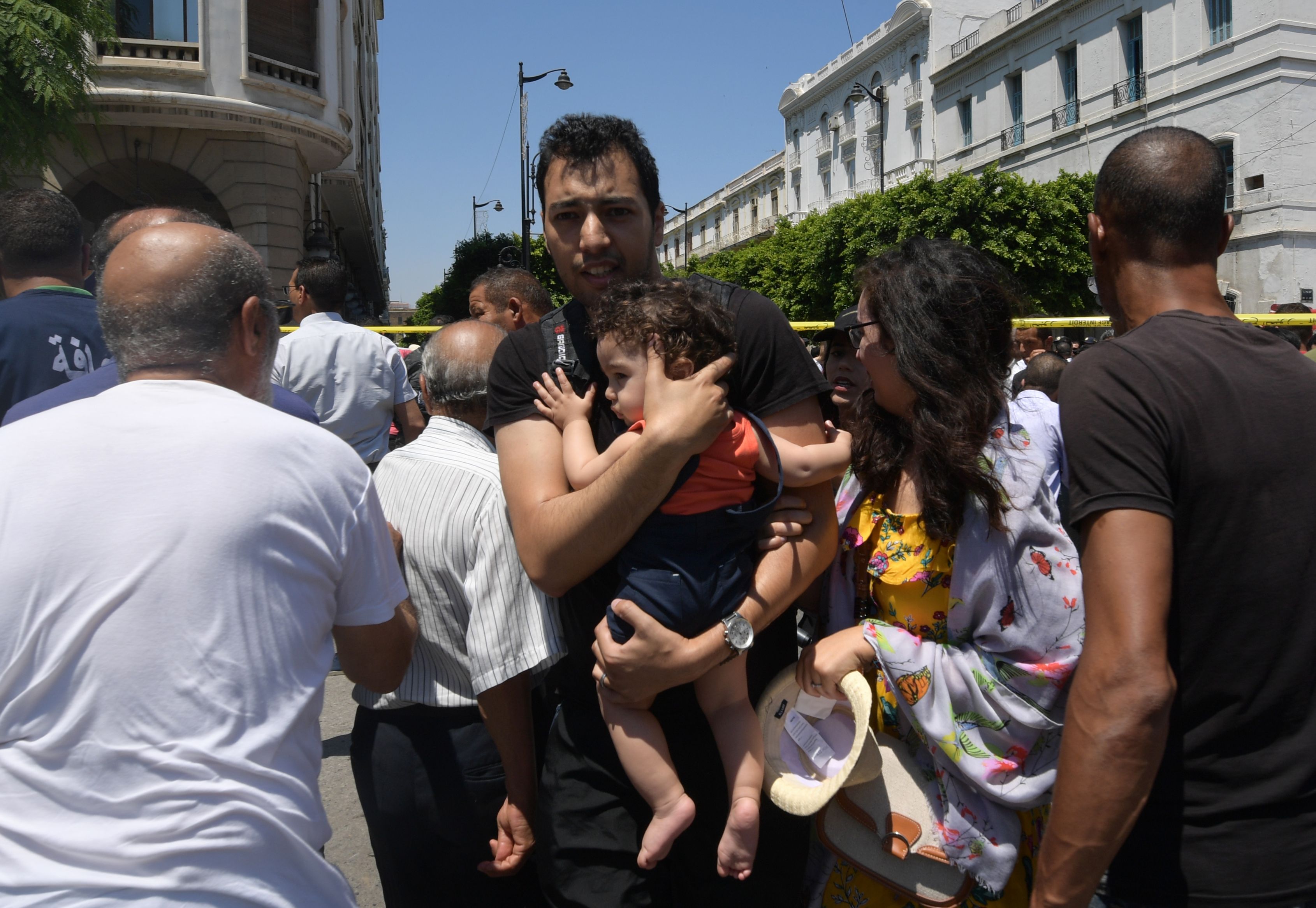 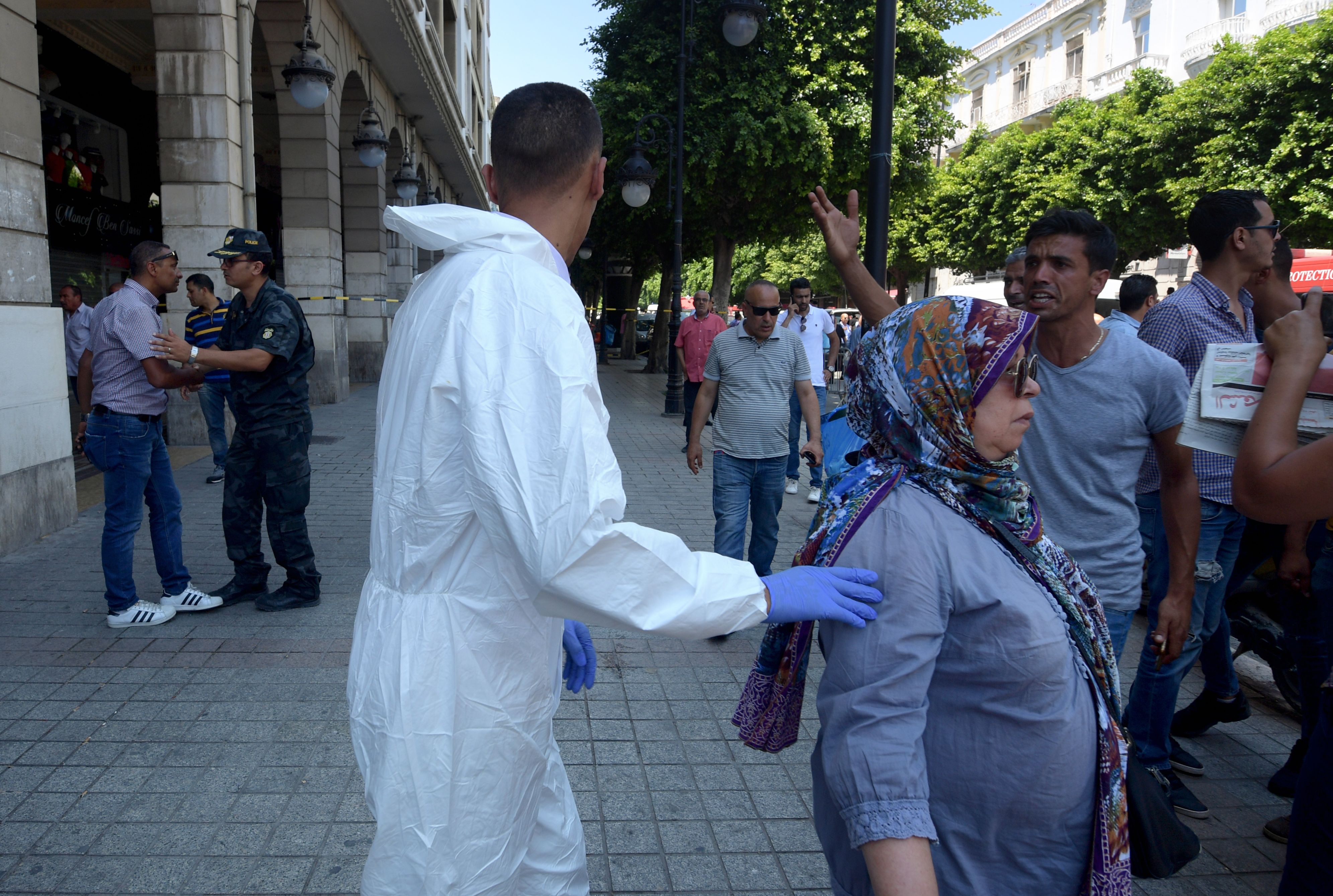