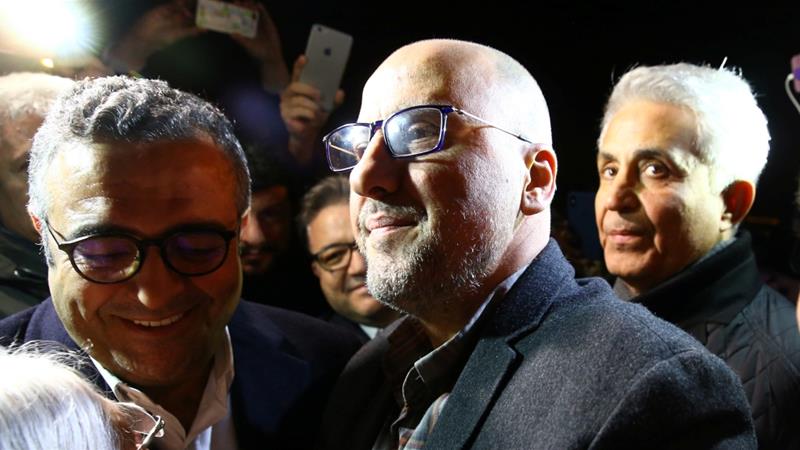 Two Turkish journalists from the opposition Cumhuriyet newspaper have been released after spending over a year behind bars during a trial involving “terror-related” charges.

Cumhuriyet’s editor-in-chief, Murat Sabuncu, and investigative reporter Ahmet Sik were ordered to be freed pending trial by the presiding judge on Friday, after a marathon day-long hearing.

They later walked free from jail in the evening.

Another detained suspect, the newspaper’s chairman Akin Atalay, was ordered to stay in jail.

The three were the last remaining suspects in the case to be held behind bars before a final verdict, leaving Atalay the sole suspect still being held.

A total of 17 staff from Cumhuriyet (Republic) face “terror” charges in the trial, which opened on July 24.

Others have been gradually freed over the last year. It is still not clear when the final verdict will be announced.

The next hearing in the trial was set for March 16 and the suspects still face up to 43 years in prison if convicted.

Sabuncu and Atalay have spent the last 495 days in jail and Sik, who was detained a little after the initial wave of arrests, 434 days.

The decision to release Sabuncu and Sik, delivered in the court in Silivri, an Istanbul suburb, was greeted with cheers from supporters in the courtroom.

Also present in the courtroom were defendants who were released last year after long stints in jail. They also remain charged, including cartoonist Musa Kart and columnist Kadri Gursel.

Sik, a staunch critic of President Recep Tayyip Erdogan, said after walking free from Silivri jail that there could be no celebration as Atalay remained in jail.

“I prefer you to be frustrated because frustration will help us stand tall … today is not a day to be happy.”

Sabuncu added: “Turkey’s problems are not resolved just because we are set free. As journalists, our mission is to do our job fearlessly as we did before.”

The latest hearing came a day after an Istanbul court sentenced 25 journalists to prison terms of up to seven and a half years over links to the group of US-based preacher and businessman Fethullah Gulen, who is blamed by Turkey for the 2016 failed coup against Erdogan.

Dozens of journalists have been detained in the wake of the coup bid, causing international concern.

Since the July 2016 coup attempt, more than 150,000 people have been sacked or suspended from their jobs in Turkey, and another 50,000 have been arrested over alleged links to Gulen’s network.

Gulen, who has lived in self-imposed exile in the United States since 1999, has denied involvement in the abortive putsch, in which more than 240 people were killed.

The newspaper and journalists have repeatedly denied the claims.