Ankara, Turkey: A high-speed train hit a railway engine and crashed into a pedestrian overpass on Thursday at a station in the Turkish capital of Ankara, killing nine people and injuring dozens, officials said.

The 6.30am train from Ankara to the central Turkish city of Konya collided head-on with the engine, which was checking the tracks at the capital's small Marsandiz station, Transport Minister Mehmet Cahit Turhan told reporters after inspecting the site. The high-speed train, which the Anadolu Agency said was carrying 206 passengers, usually passes through that station without stopping. 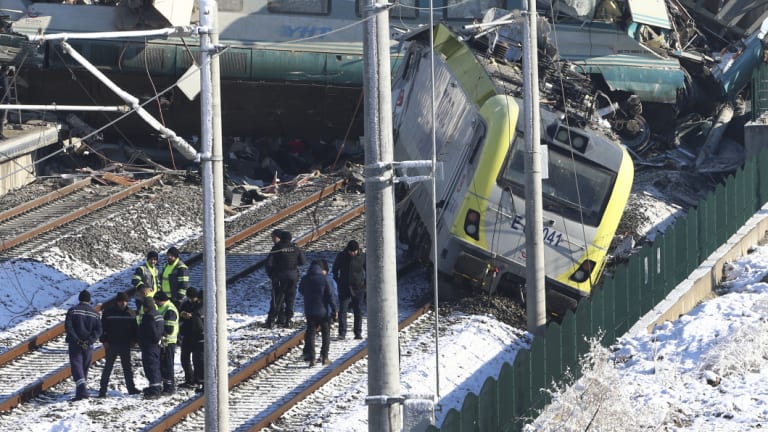 Rescue crews work at the scene of a train accident in Ankara, Turkey.Credit:AP

At least two cars derailed, hitting the station's overpass, which then collapsed onto the train. Three engine drivers and six passengers were killed in the crash, Turhan said. One passenger died after being hospitalised while the others were killed at the scene. 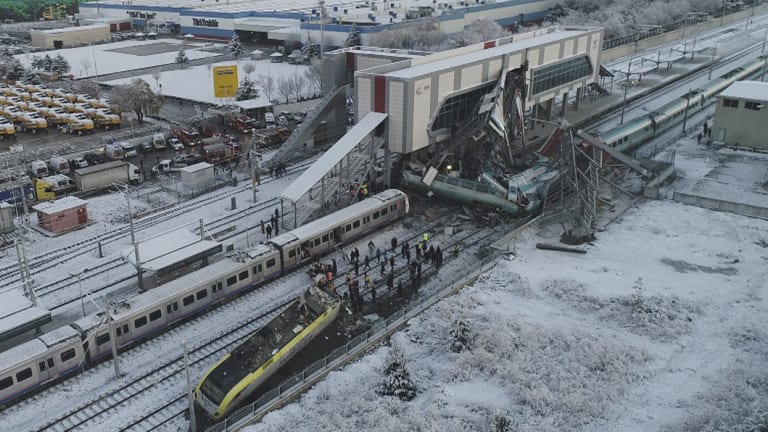 The train ran into a pedestrian overpass, killing several people.Credit:AP

Passenger Ayse Ozyurt told the IHA news agency that the accident occurred 12 minutes after the train left the main station and that it had not yet gained its maximum speed.

"The train was not fast at that time yet," she said. "Suddenly, there was a frightening breakage… and the train was off the rail." 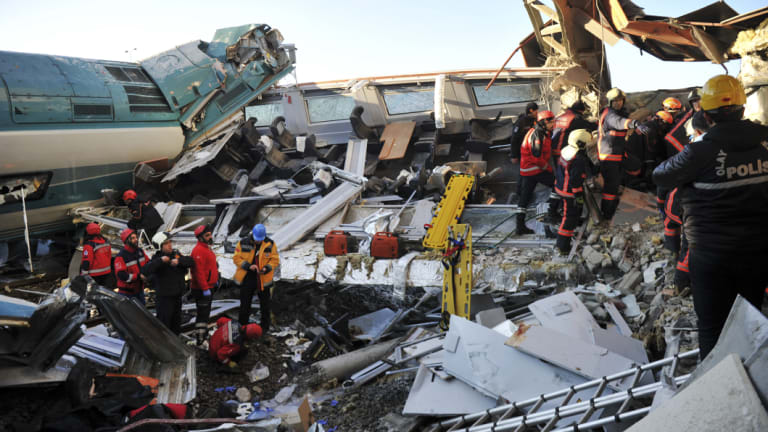 The train was not travelling fast when it hit the overpass, which then collapsed on the train.Credit:AP

Konya, about 260 kilometres south of Ankara, is home to the tomb of the Sufi mystic and poet Jalaladdin Rumi, attracting thousands of pilgrims and tourists. The crash occurred during an annual week of remembrance for Rumi, when many travel to Konya to watch Whirling Dervishes, members of a Sufi sect, perform.

Turkey has had a raft of train crashes this year.