‘I wasn’t caught stealing’: Cop caught on video partaking in a sexual encounter with police partner while on-duty inside their squad car fires back after department secretary suspends the pair

An officer apparently is not seeing eye-to-eye with his superiors after a video went viral, showing the on-duty cop and a partner carrying out a sexual act in their squad car.

Images of their impromptu rendezvous immediately the drew of their superiors inside the police department in Santa Fe, Argentina.

The uniformed agents, belonging to Regional Unit I in the northeaster Argentine city, were not aware they were being filmed when they took their sexual feelings towards to another level in broad daylight.

Law enforcement officials did not reveal the names of the suspended cops, who are under investigation.

The exact date of when the shocking event took place was not made public. 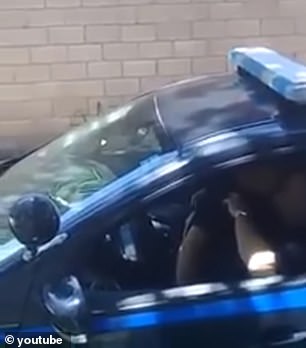 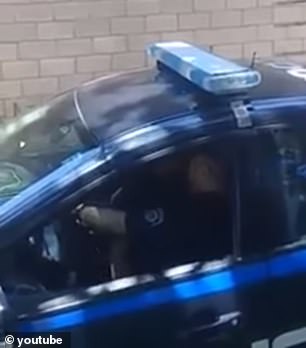 A duo of on-duty cops have been placed under investigation in Argentina after they were recently caught on video carrying out a sexual act inside their squad car.

Cops were not aware they were being watched during their encounter while they were on the clock inside the patrol car.

The unaware couple seemed to be parked in an alleyway with the driver’s side window open.

A male cop is seen on the video reclining in his seat while the female police officer reaches over her seat.

The woman then starts to touch her partner and kisses him before the 30 second video clip comes to an end.

‘We don’t need these people on this force. We don’t want these types of attitudes,’ Reniero said.

‘We’re going for the maximum penalty that can be applied under these cases. If in any case, criminal charges could correspond.’

However, one the troubled cops didn’t think it was too serious of an offense after a Whatsapp message was made public. 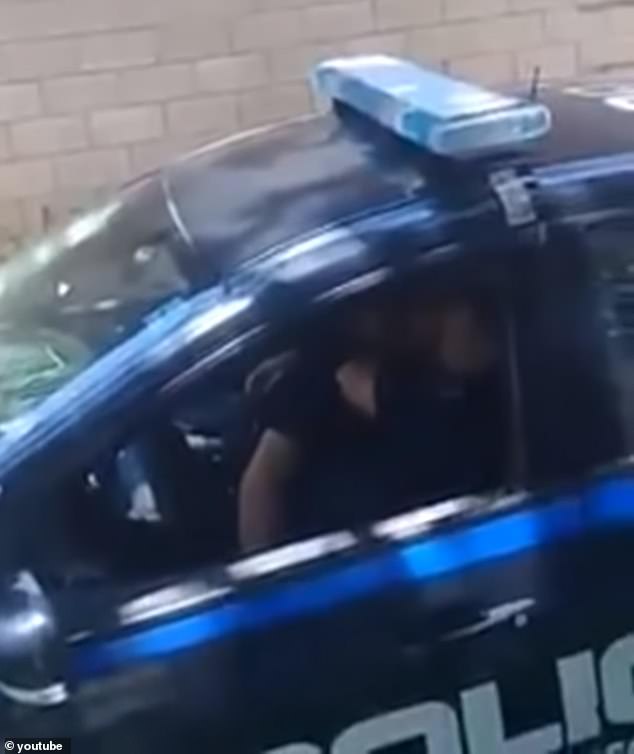 One of the cops, who was publicly criticized by the Secretary of the Security Force, said, ‘I wasn’t caught stealing’