TWO cops are among three casualties rushed to hospital last night after a crash allegedly caused by a drink driver.

A motorist has been arrested on suspicion of driving under the influence after a Mini ploughed into a police van on the Isle of Wight. 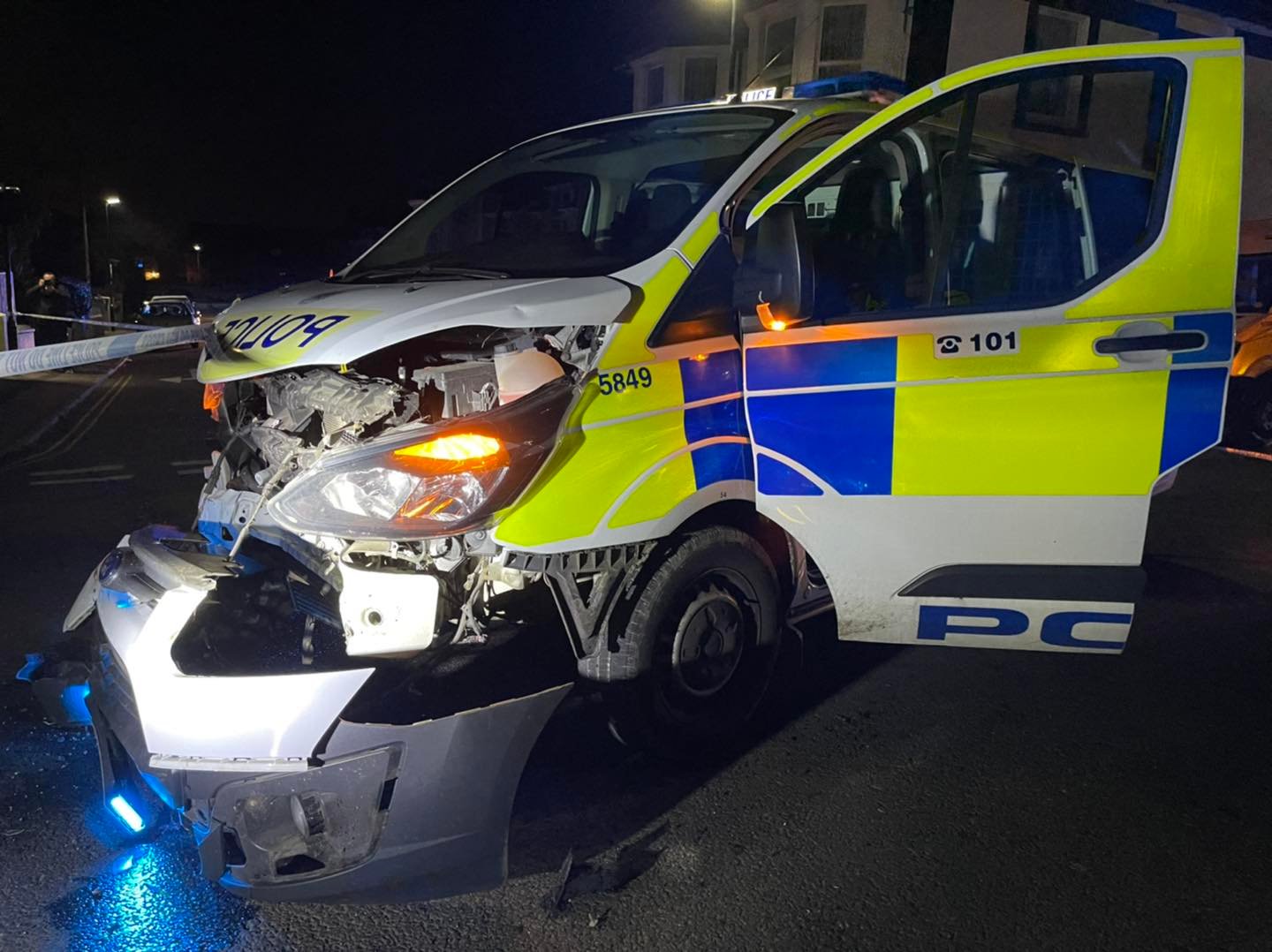 Paramedics, police and firefighters were called to Sandown just before 8pm after the collision in Fitzroy Street, not far from the seafront.

Officials at Hampshire police said their Transit cell van was on a routine patrol when the Mini failed to give way at the junction.

Two officers have been rushed to St Mary's Hospital.

A passenger in the car has also been hospitalised.

The driver of the Mini has been detained.

He's currently being quizzed by officers at Newport Police Station.

The road has been closed while investigations continue.

Images from the scene show the damage caused to the front of the van.

The bumper has been torn off completely, while the bonnet has buckled, exposing the engine.

Glass from the headlights has been strewn across the road.

In a post on Facebook, Isle of Wight Police said: "The road will be closed for a while.

"While I can’t say much at this time, I want to make it clear so we don’t have speculation online as I’ve seen some reports and posts.

"This means it is out in the public domain and I can share some information to reassure you about the vehicles involved.

"It appears the police vehicle was on normal patrol and the Mini has not stopped at a give way sign.

"The driver of the Mini has been arrested on suspicion of drink/drug driving.

"The passenger of the Mini has been taken to hospital.

"Two police officers have been taken to hospital – they are aware of this post.

"All next of kin have been notified."

Dozens of people have posted their best wishes beneath the message.

One said: "I hope the officers make a speedy recovery and aren't too badly hurt."

A second wrote: "Oh my goodness – what a mess! Hope your officers are ok."