Two men were fined £400 each for swimming in Venice’s Grand Canal on the same day Italy opened its borders for the first time since lockdown.

The pair of German men were filmed taking a dip in Venice’s most famous canal under the iconic Rialto Bridge yesterday.

Augusto Maurandi, who captured the moment and shared the video on social media, passes by the men on a boat. 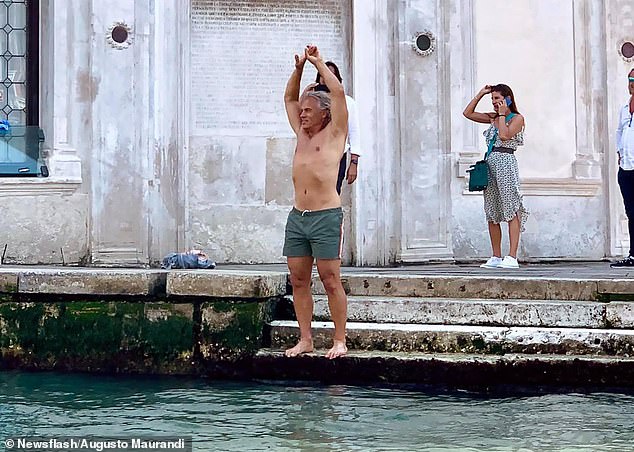 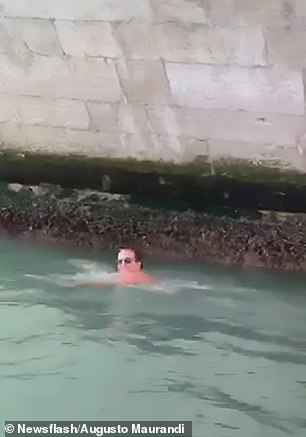 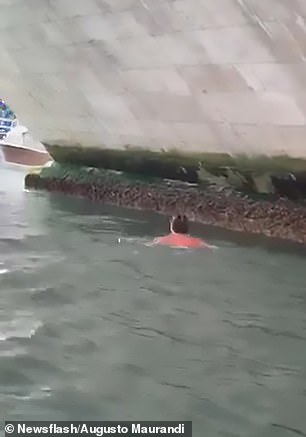 He says hello to the first man, who is closely followed by another and they both get out and wave at the camera as they climb the steps out of the water.

Mr Maurandi said swimming in the canal is totally banned.

Local media reported the tourists were caught barefoot in their swimming shorts in the streets by army officers monitoring the city and were told to get dressed.

The reports also stated the tourists were fined £400 each for the stunt. 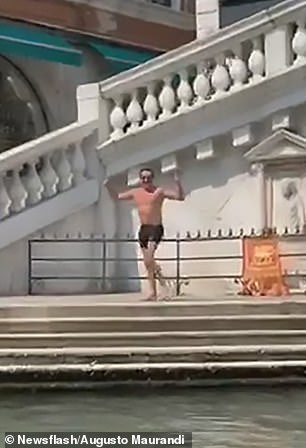 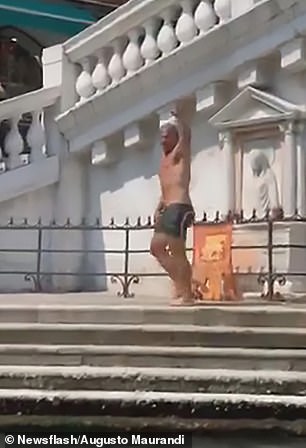 The incident comes as Italy reopened its borders to tourists from Europe, three months after they were shut as the country went into lockdown.

Three airports – Rome, Milan and Naples – will resume international arrivals, with flights scheduled to depart from Heathrow and Manchester today.

A host of animals, including an octopus and a jellyfish, were spotted in the waters in the canals of the city during the lockdown but now tourists are slowly returning.

One angry social media user responded to the video: ‘Shame on you! Venice is not Disneyland! Respect others the way you want to be respected.’ 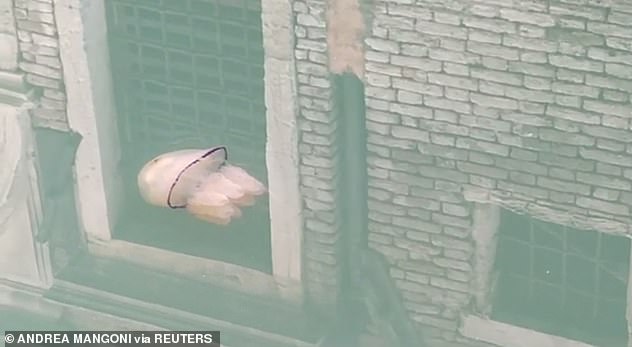