TWO people have died and one woman was seriously injured after a car they were traveling in crashed and landed in a homeowner’s swimming pool.

The collision occurred in Chino, California, and was reported at around 2:15am on Wednesday morning, according to cops. 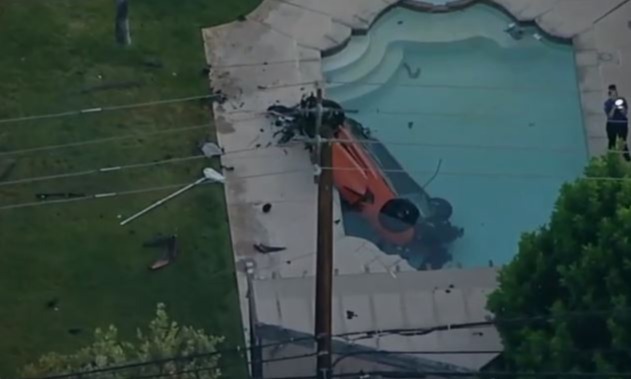 It’s reported that the driver of the Chevrolet Corvette lost control when going around a curve.

The vehicle hit a curb before it went airborne and landed in a backyard swimming pool, CBSLA reports.

The three people inside the car were ejected in the crash, cops said.

A 21-year-old woman, who was a passenger, was pronounced dead at the scene.

A woman, 23, and a man, 27, were taken to hospital, according to authorities. 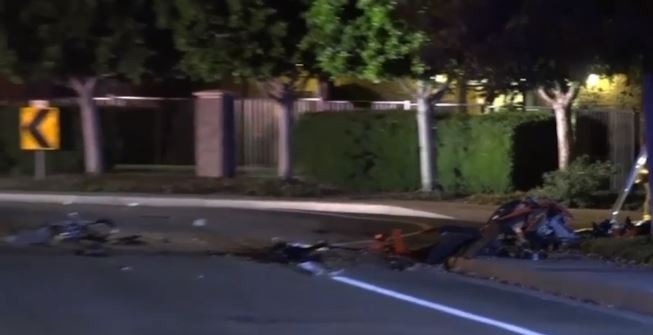 It’s reported that the female is in a serious condition but the man passed away.

Their names have not been released by cops.

Homeowner Arthur Guerrero said he heard a loud collision and saw the car floating in the swimming pool, ABC7 reports.

He said he heard two people screaming in pain.

The homeowner admitted he was “glad” the incident happened in the early hours of the morning as no one was in the pool.

Mr Guerrero said: "My grandkids come over and go swimming. They came Fourth of July and they came on the 5th, the day after, they came swimming again. Lucky it didn't happen then."

Neighbors branded the curve "dangerous" as the speed limit drops from 45 to 15mph. It's not known if the driver was speeding.

The mangled wreckage was lifted out of the pool and put on to the back of a tow truck.

The cause of the incident remains unknown as cops continue to investigate.

Anyone with information should contact the Chino Police Department on (909) 334-3159.