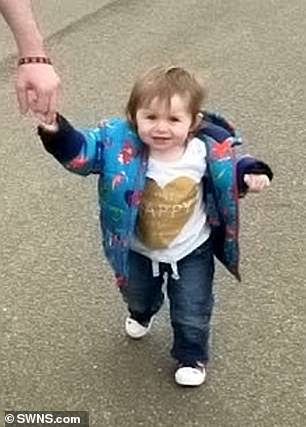 Ruby (pictured) wandered off from her mother, who says she probably went to feed the ducks

A two-year-old girl drowned after ‘dashing away’ from her parents while they worked at a family fun day and fell into a river.

Ruby Tyers was out of her mother Wendy Gray’s sight just seconds while she and her partner assisted disabled youngsters in Peterborough.

The toddler was ‘feeding the ducks’ at the River Nene in Cambridgeshire when she ‘fell in face first’.

She was described as very fast and inquisitive at yesterday’s inquest into her death, Peterborough Today reports.

Her parents were working at Key Feste arts’ festival when she dashed to the river. She was only in the water for two minutes.

The youngster died at Addenbrooke’s Hospital in Cambridge at 8.51am the following day in what Coroner Simon Milburn told Huntingdon Law Court was a ‘tragic accident’.

Ms Gray, 43, previously said she lost sight of Ruby when she ducked under a table and ran off.

The frantically festival workers if they had seen a young girl in a Frozen top and heard that a child was in the river.

She believes that her daughter’s love of ducks – which she called ‘riverdogs’ – would have attracted her to the water. 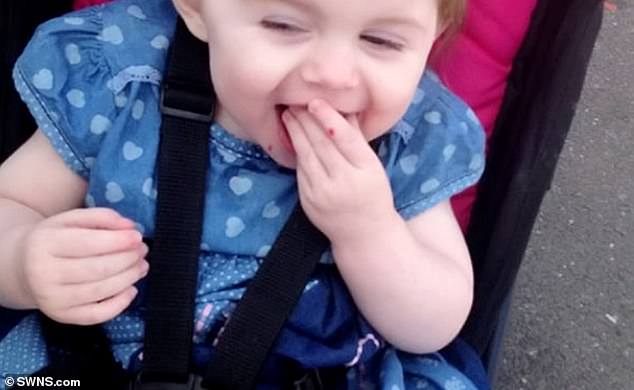 The youngster (pictured) fell in face first and nobody noticed that she was in the water at first. The inquisitive child had raced to the river to see what she called ‘riverdogs’ 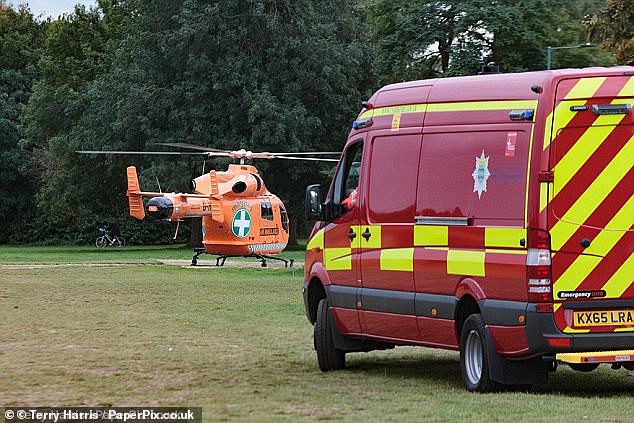 Emergency services rushed to rescue the two-year-old, who died the next day after only being the water for a couple of minutes

Mr Milburn said that it was ‘difficult to see’ what could have been done to make the area around the river safer for festival-goers.

Ruby’s older stepbrother, 19-year-old Harrison Hepton, has previously described how their mother let out a horrified scream after being told there was ‘a girl in the river’.

Witness Andrew Marseden, 36, said about 500 people were milling around the riverside and nearby tents. But he said no-one had spotted the youngster in the water to begin with. 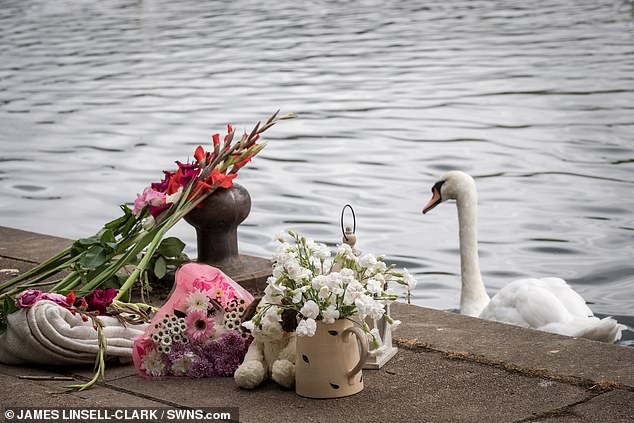 ‘She was feeding the ducks and fell in face first,’ he told Mirror Online. ‘Mum was helping out disabled kids and near some tents in front of the river where the girl fell in. The little girl would have been about 30 feet away.’

He added: ‘It’s not the family’s fault. My kids wander off all the time.’