IN the chaotic splendour of their Morecambe mansion, Tyson Fury’s wife, Paris, is trying to remember the names of the couple’s five children.

“The oldest is Venezuela Fury,” she starts, confidently enough. “We have Valencia Amber Fury. We have Prince John James Fury, Prince Tyson Luke Fury and finally . . . ” 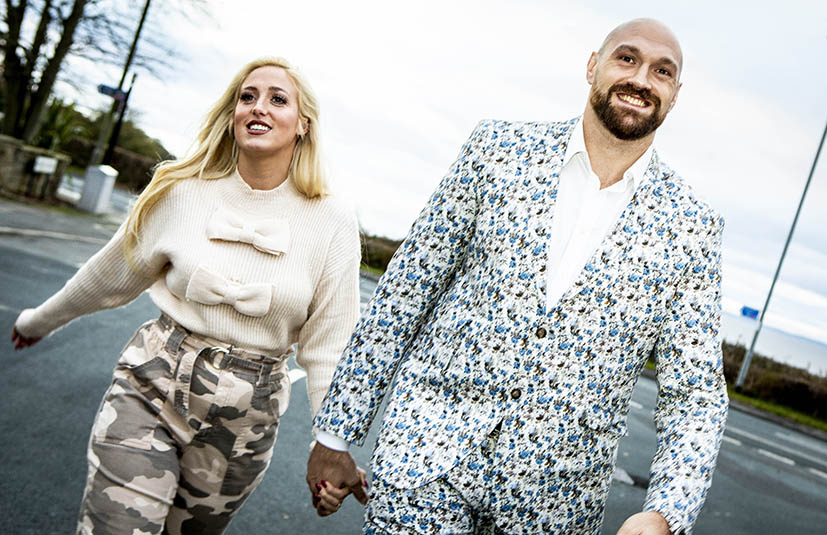 But you get the general drift of things on Tyson Fury: The Gypsy King, an entertaining three-part, fly-on-the-wall ITV documentary about the heavyweight boxer which began with a flurry of jabs, upper-cuts and third-person references, on Thursday.

So be in no doubt then, this show is very much a monument to the aforementioned Tyson Fury. One of those rare men who’s both utterly terrifying and surprisingly funny, with more than a hint of Russ Abbot about him, whether he’s careering round Morecambe, with a lovingly restored gypsy wagon, or dive-bombing into his Vegas swimming pool on the morning of his big fight against Tom Schwarz. 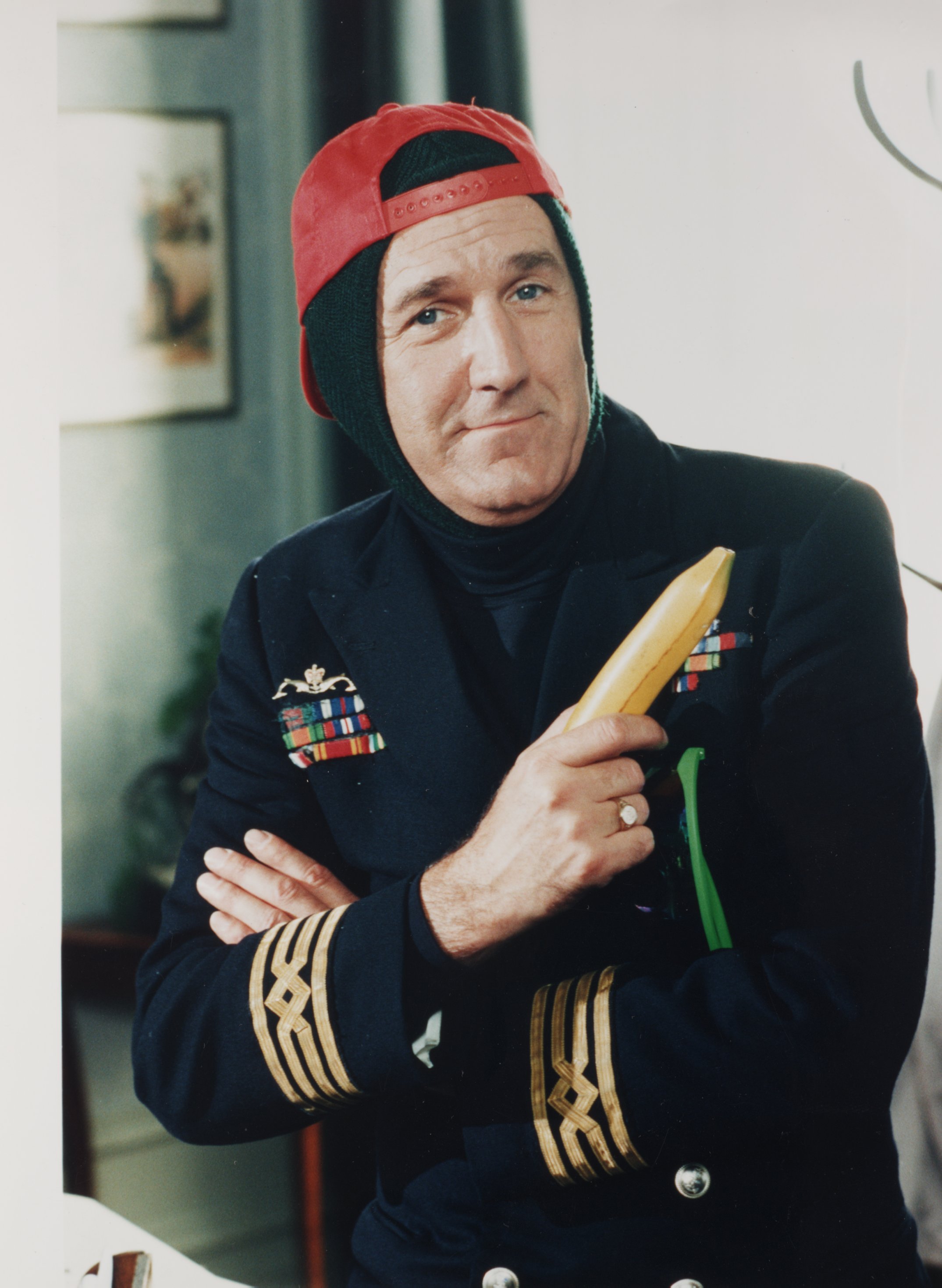 The winning thing about TF:TGK, though, is that it’s no one-man band.

It may have been made in his honour, but it has a supporting cast that’s better than most ITV dramas, with the most important member probably being Tyson’s formidable wife Paris, who is the perfect comedy foil for her husband and thoroughly enjoying all the trappings of his success.

“Tyson! Can I take the Ferrari down the hairdresser’s?”

“What are you trying to be posh for?”

“Take the Roller then.” By far the most alarming family member, however, is Tyson’s food-and-drink obsessed dad/trainer John, who’s just had bad news. He can’t get a US visa for Tyson’s fight, on account of his GBH conviction.

A simple “misunderstanding between travelling folk”, according to John, who ruefully claims: “I’m no more guilty of gouging that boy’s eye out than this cup of tea.”
There’s quite a telling pause before narrator Philip Glenister adds: “The judge disagreed.”

So John must stay at home while Tyson fights. It doesn’t suffer for his absence, though. Indeed TF:TGK ticks along at a cracking pace, right up until those points Tyson begins dwelling on his mental illness, where it begins to drift.

This, I should add quickly, isn’t the boxer’s fault. I’ve no doubt he’s being entirely truthful and sincere whenever he talks about his past battles.

The problem belongs to television, which has turned mental illness from a taboo to a cliche to an all-consuming parody by encouraging a genuine illness to be hijacked and weaponised by all sorts of charlatans, snowflakes and attention-seekers.

Indeed, on the very same day as Tyson’s documentary was broadcast, This Morning interviewed two women, Pippa Best and Ellie Smith, under the caption: “Climate change is affecting my mental health.”

Climate change is doing no such thing, obviously. It’s just two more people, with a political axe to grind, trying to sneak on board the bandwagon.

Contrary to what some television people obviously think, this doesn’t help raise awareness of mental health issues at all. It dilutes and blurs them.

“Do you want to sing on my album?”

Unexpected morons in the bagging area

Celebrity Mastermind, John Humphrys: “Which US TV channel, based in Atlanta, Georgia, was launched on June 1st 1980 to become the world’s first 24-hour news channel?”

And Ben Shephard: “What amphibious character did David Jason voice in the 1983 animation The Wind In The Willows?”

THE return of Channel 4’s nationwide hide ’n’ seek game Hunted, on Thursday night, was no real substitute for the loss of SAS: Who Dares Wins.

In fairness to the show, though, its production team has jazzed up the format a bit and increased the jeopardy, so contestants are no longer allowed to go on the run with anything other than the clothes on their backs.

A breeze, surely, for Mervyn, an SAS Territorial Army veteran with 24 years’ experience of Forces intelligence, who certainly convinced me he was a master of escape and evasion arts.

Right up until the point he went into his bank to withdraw £100 and nodded at the security cameras.

The others didn’t inspire much confidence, either.

Among the first to show their hands were lesbian couple Jess and Ella, who ran around in circles shouting: “Oh s***”, and a noisy couple from Wigan, Dan and Hayley, who cannot shut up about coming from Wigan and headed straight for (any guesses?) Wigan.

On the face of it, then, chief hunter Ben Owen set the contestants an impossible task by dumping them unceremoniously in Bristol, without a penny to their name and expecting them to vanish off the face of the earth.

PROMISED myself I’d watch Channel 5’s new Friday Night Sex Dreams show only until it became too self-deluding, barmy and tragic to bear.

First up, single mum of three, Jane: “My fantasy is with a husband. He’s telling me how beautiful I am and . . . “

So I trust we’re all agreed it’s Jonathan Ross suggesting the Daisy outfit was filled by “Natalie Cole”, who’d been dead almost four years by that point. 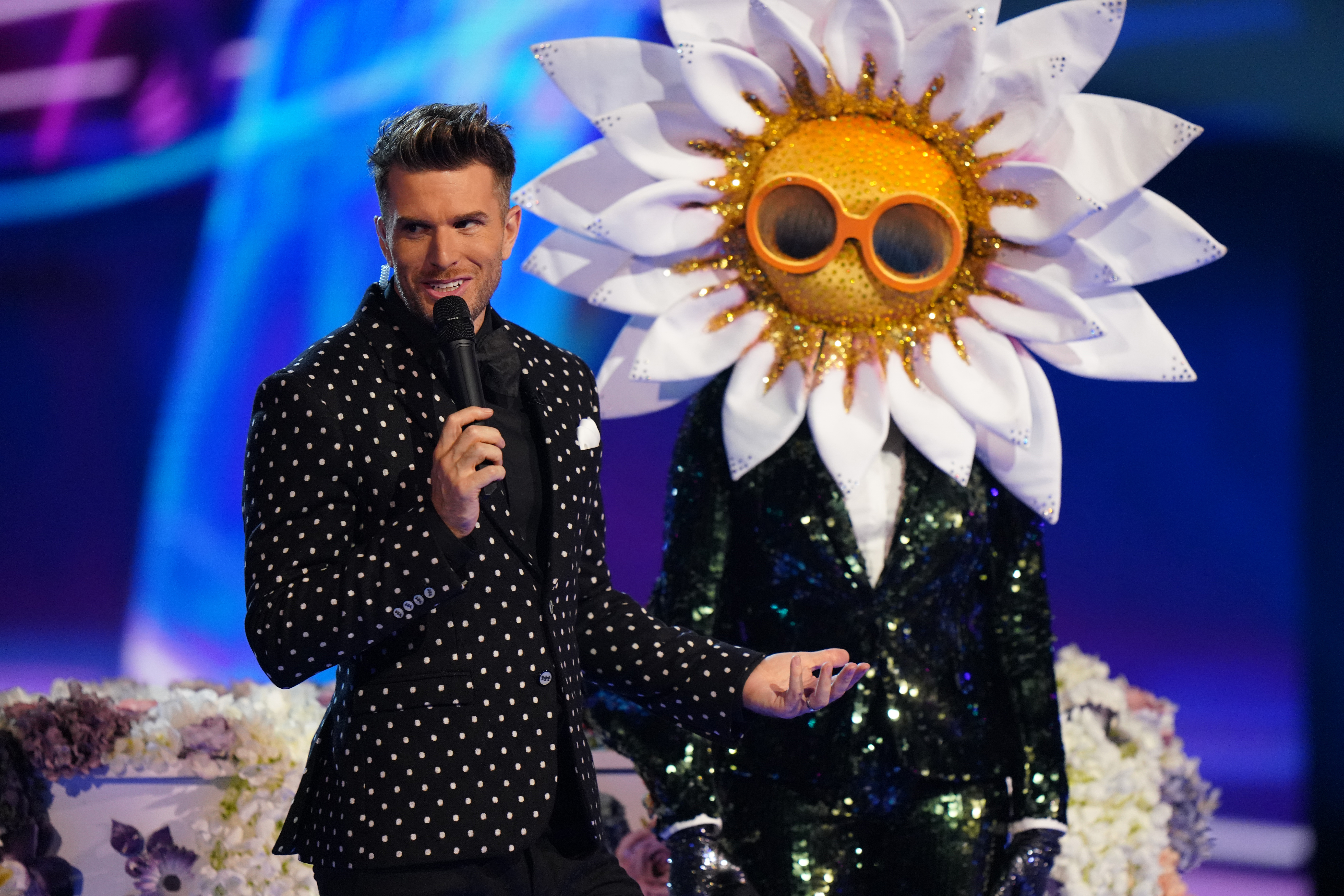 A suggestion which then sat in an ITV editing suite for another four months before it was broadcast to a gleeful nation, in week five.

On other shows it might have been a franchise-ending mistake. Not here, though.

’Cos it’s impossible to undermine the dignity of a series where six backing dancers in jellyfish costumes were the norm and the most perceptive judge turned out to be Rita Ora, who nailed all three of the finalists: Katherine Jenkins (Octopus), Jason Manford (Hedgehog) and winner Nicola Roberts (Queen Bee).

That’s not to say, of course, there aren’t structural changes ITV should make before TMS’s well-deserved second series.

An hour and a half is, after all, an eternity to wait for Teddy Sheringham to emerge from his tree.

I might also tinker with the clues, some of which, like the Scarborough postcard, led far too obviously to Jason Manford. While others would’ve had Alan Turing and the enigma code gang scratching their heads.

So the big hedgehog reveal was accompanied by the caption “Jason’s reference to ‘a different stage’ was a nod to his album of the same name”, which reached the giddy heights of No9 in the Scottish album charts.

Nine!
I feel so stupid now.

THE One Show, Matt Baker: “Were you quite a comedian when you were a teacher?”

Guz Khan: “Like I am now, I was in the classroom.”

That’s a no then.

Lookalikes of the week BEN Brown hosting the BBC lunchtime news in protective goggles, hi-vis jacket and a hard hat just because he was standing near the HS2 site.

Secrets Of The Ritz Hotel billing Made In Chelsea’s Mark-Francis Vandelli as “hotel connoisseur”, rather than “some rich tosspot”.

EastEnders featuring its sixth kidnapping since April 2019, without any sign of Terry Waite joining the cast.

And Frankie Boyle’s Tour Of Scotland, on BBC2, which isn’t a bad show at all.

But just think how much better it could’ve been hosted by Kevin Bridges, who’s actually funny and likeable.

Great TV lies and delusions of the month

ALEX Jones on 1974 film The Man With The Golden Gun: “Britt (Ekland), you still look barely any different. I’m going to ask you later what moisturiser you use.”

GMB’s Oscars guest Dame Joan Collins telling Andi Peters, as she swept out of the Beverly Hills hotel to her limo, she’d spend his £300,000 competition prize on: “Lots of food for poor people.”

And the overwhelming love and compassion the keepers have for the animals on C4’s beautiful Secret Life Of The Zoo. No one on TV loves their jobs more than these guys.

JAKE Humphrey: “That was a half of two halves.”

Jamie Carragher: “Curtis Jones has got a future in front of him.”

Peter Crouch: “He seems to run even when he’s standing still.”