QAMISHLI, Syria (Reuters) – The U.S.-led coalition against Islamic State has begun the process of withdrawing from Syria, a spokesman said on Friday, indicating the start of a U.S. pullout that has been clouded by mixed messages from Washington.

U.S. President Donald Trump’s announcement last month that he had decided to withdraw 2,000 U.S. troops stunned allies that have joined Washington in the battle against Islamic State in Syria. Senior U.S. officials were shocked too, among them Defense Secretary Jim Mattis, who quit in protest.

The coalition “has begun the process of our deliberate withdrawal from Syria. Out of concern for operational security, we will not discuss specific timelines, locations or troop movements,” Colonel Sean Ryan said.

Russia, which has deployed forces into Syria in support of the Damascus government, said it had the impression that the United States wanted to stay despite the announced withdrawal of U.S. troops, RIA news agency reported.

Residents near border crossings that are typically used by U.S. forces going in and out of Syria from Iraq said they had seen no obvious or large-scale movement of U.S. ground forces on Friday.

The U.S. decision has injected new uncertainties into the eight-year long Syrian war and a flurry of contacts over how a resulting security vacuum will be filled across a swathe of northern and eastern Syria where the U.S. forces are stationed.

On the one hand, Turkey aims to pursue a campaign against Kurdish forces that have allied with the United States, and on the other the Russia and Iran-backed Syrian government sees the chance to recover a huge chunk of territory.

U.S. National Security Adviser John Bolton suggested on Tuesday that protecting Washington’s Kurdish allies would be a pre-condition of the U.S. withdrawal. That drew a rebuke from Turkish President Tayyip Erdogan who called his comments “a serious mistake”. 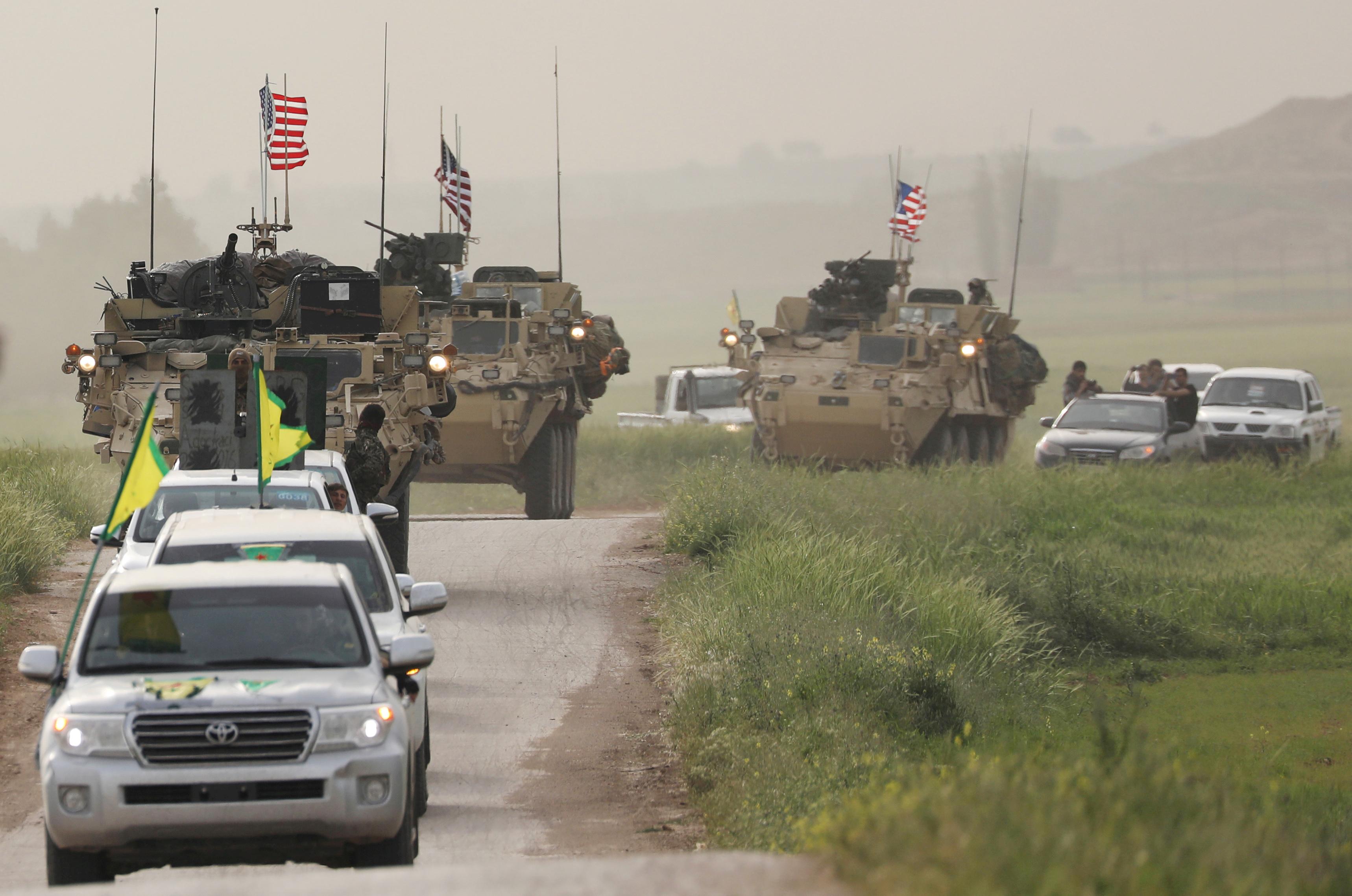 U.S. Secretary of State Mike Pompeo, who has been touring the Middle East this week to reassure allies of Washington’s commitment to regional security, said on Thursday the withdrawal would not be scuppered despite the Turkish threats.

The Kurdish groups that control the north have turned to Moscow and Damascus in the hope of striking a political deal that will stave off Turkey and shield their autonomy in the north.

Maria Zakharova, a Russian Foreign Ministry spokeswoman, said it was important for Syrian Kurds and the Syrian government to start talking to each other in light of the U.S. withdrawal plans.

She also said the territory previously controlled by the United States should be transferred to the Syrian government.

“In this regard, establishing dialogue between the Kurds and Damascus takes on particular significance. After all, the Kurds are an integral part of Syrian society,” Zakharova said.

Turkey views the U.S.-backed YPG Syrian Kurdish militia as an extension of the Kurdistan Workers’ Party (PKK), which has waged a 34-year insurgency in Turkey for Kurdish political and cultural rights, mostly in southeastern areas near Syria.

A Kurdish politician told Reuters last week the Kurds had presented Moscow with a road-map for a deal with Damascus. Syria’s deputy foreign minister said on Wednesday he was optimistic about renewed dialogue with the Kurds.

Foreign Minister Jean-Yves Le Drian of France, which is part of the U.S.-led coalition, welcomed what he believed was a slower withdrawal by the U.S after pressure from its allies. 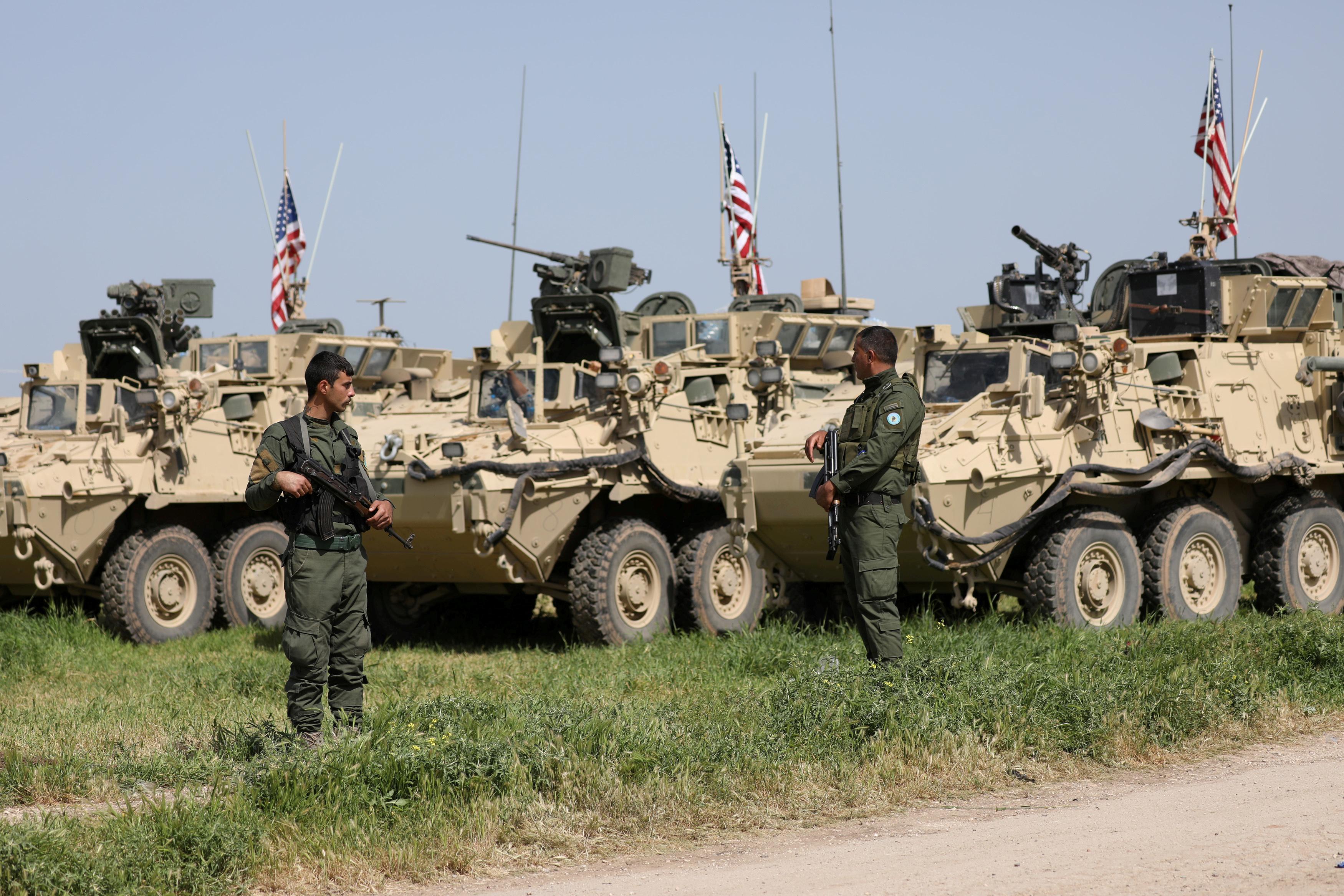 “President Macron spoke to him (Trump) several times and it seems that there has been a change that I think is positive,” he said in a television interview on Thursday.

In a rare acknowledgment that French troops were also in Syria, he said they would leave when there is a political solution in the country.