Adoptees in Kampala are unfazed by bitcoin’s price collapse in December.

Despite warnings of money laundering, instability, hacking and theft, and a lack of regulatory protections, some tech-savvy Africans prefer the volatility in bitcoin trading, the most popular virtual currency, to their prospects in the continent’s job market.

In Uganda’s capital, an enthusiastic lecturer described his financial success with the cryptocurrency while his earnings were projected on a screen.

“What I have earned in one and a half years from bitcoin is more than I earned in 10 years as a teacher,” Richard M Bagorogo told his audience. “I am living on bitcoin because getting a job in this country is not easy.”

Many bitcoin adoptees are professionals aiming to supplement their salaries, but others are jobless millennials hoping to make a living by trading the cryptocurrency, which isn’t tied to any bank or government and, like cash, allows users to spend and receive money anonymously or mostly so.

In Kampala, Uganda’s capital, and elsewhere a small community turns up at events where people like Bagorogo preach what they call “the gospel of bitcoin”.

On a recent morning, Bagorogo explained how he once could not afford to enrol his children in the international school where he taught. Now, he said, his lifestyle has changed: a recent holiday in Dubai and more than enough money to help out his father.

It didn’t always go smoothly, as many in Africa have little idea what bitcoin is.

“When I tried to bring my cousins on board, they called my father in the village and said, ‘Your son has gone mad,'” Bagorogo recalled. “For me, I was fascinated by the mathematics behind blockchain technology. But the local man is interested in money, not the mathematics, so I normally sit with them and show them how I get and withdraw my money. Once they see how easy it is, they also want bitcoin.”

Bitcoin and other cryptocurrencies rely on blockchain, or the public, distributed ledgers that track the coins’ ownership. The bitcoin ledger is powered by “miners,” so-called because they throw computational power into the system to discover and verify cryptocurrency units, occasionally receiving – or “mining” – new bitcoins in return.

Bagorogo encourages people to invest in one of over two dozen global mining pools. For many who can’t afford to buy and hoard large amounts, the potential returns, including dividends, can seem promising.

Such facilities, however, have faced doubts about whether they are genuine and some countries have warned of money laundering and the threat to government-backed currencies.

In China, where a substantial amount of the world’s supply of bitcoin originates, the government ordered a shutdown of all cryptocurrency mining operations in January.

The crackdown, plus hacking attacks leading to the theft of hundreds of millions of dollars’ worth of bitcoin from Japanese transfer Coincheck, contributed to the volatility of the value of a single unit of bitcoin, which rose to $19,000 in December but has since fallen below $9,000.

Uganda’s central bank has warned that investing in bitcoin and other digital currencies “is taking a risk in the financial space where there is neither investor protection nor regulatory purview.”

Kenya and Nigeria have issued similar concerns, and last year Namibia officially banned the use of cryptocurrencies for commercial purposes. But other countries in Africa appear open to the possibilities.

Last year, Tunisia announced it would launch a digital currency based on blockchain technology and South Africa, Africa’s most developed economy, is researching the technology’s feasibility.

Despite the risks, “it is not wise to dismiss cryptocurrencies at this stage,” said Stephen Kaboyo, a Ugandan analyst who runs the Kampala-based financial services firm Alpha Capital Partners. But those who invest in “a hugely speculative asset” must first understand the risks, he warned.

In Uganda, where per capita income was less than $700 in 2016, bitcoin enthusiasts are mostly unfazed by the volatility. At least one restaurant in Kampala now accepts bitcoin, with owner Jennifer Birungi saying she had to put it “on the menu” to get more comfortable with cryptocurrencies.

Birungi is a registered user of the exchange platform BitPesa, which serves 6,000 customers in Uganda, Kenya, Tanzania and Nigeria. They can cash out their bitcoin in return for local currency, which can be sent directly to their mobile phones’ bitcoin wallets or wired to their bank accounts.

Other enthusiasts cited the relative convenience of bitcoin in financial transfers.

“I used to want to buy medical equipment online but it was becoming hard. Transacting online is very expensive in Uganda with all the fees,” said Moses Semulya, a doctor at a Kampala hospital. “Bitcoin is changing that, making things easier and faster.”

Semulya said he rues a missed opportunity to invest in bitcoin in 2016 when it was still relatively cheap. Now, he holds nearly $800 worth of it in his digital wallet, an amount he hopes will swell as more people in Africa and elsewhere turn to the cryptocurrency.

He concluded: “Right now I would rather invest in bitcoin and watch this space rather than buying a plot of land.” 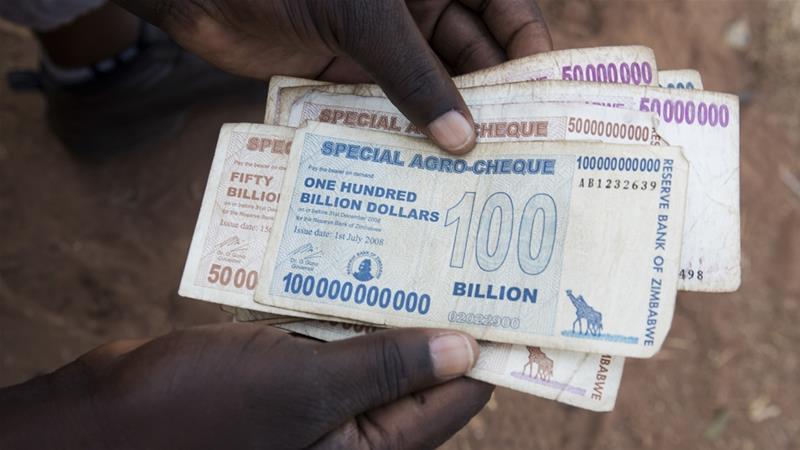 Is there a future for Bitcoin in Zimbabwe?