No new deaths from the bug were recorded across London, Scotland, Wales and Northern Ireland. 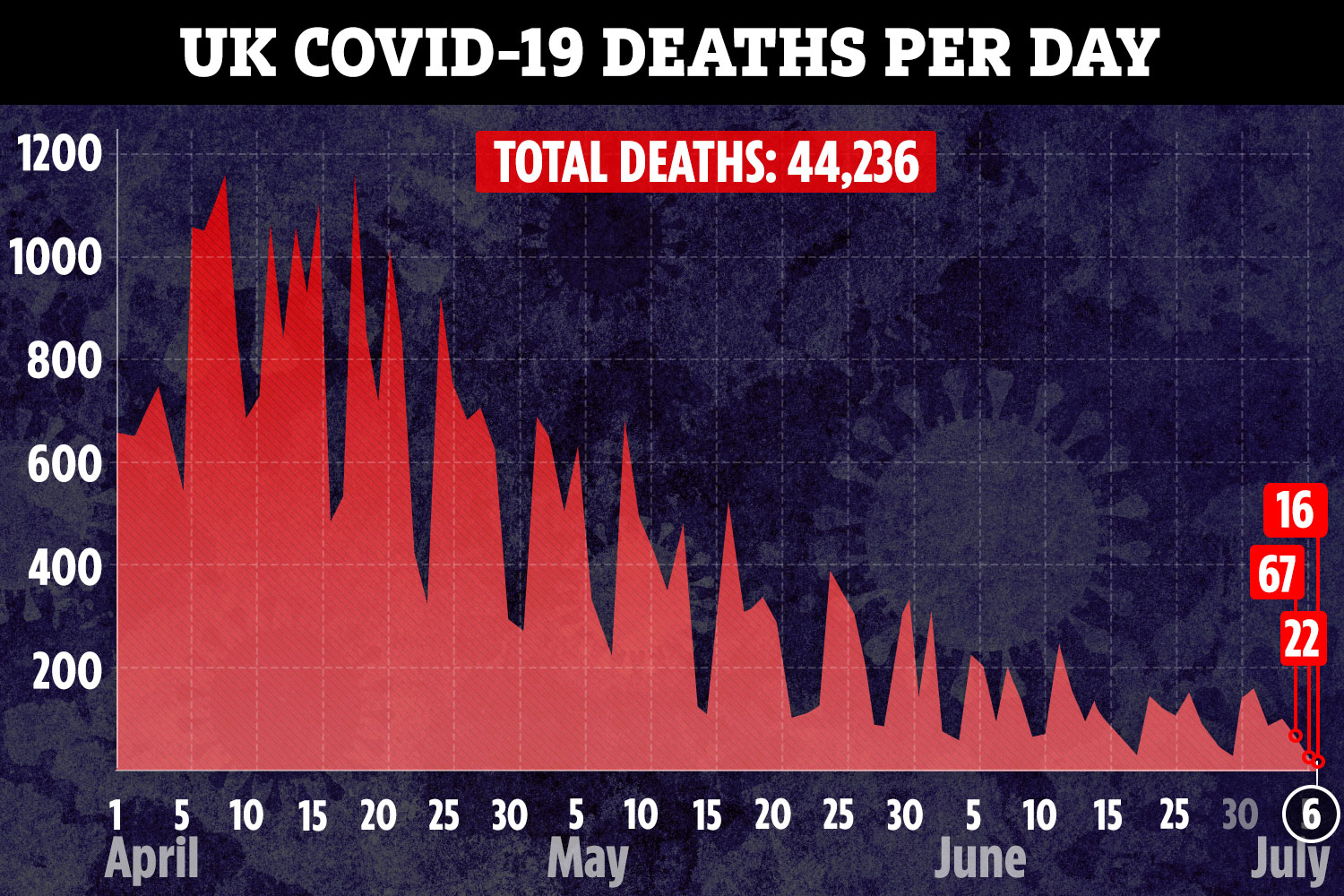 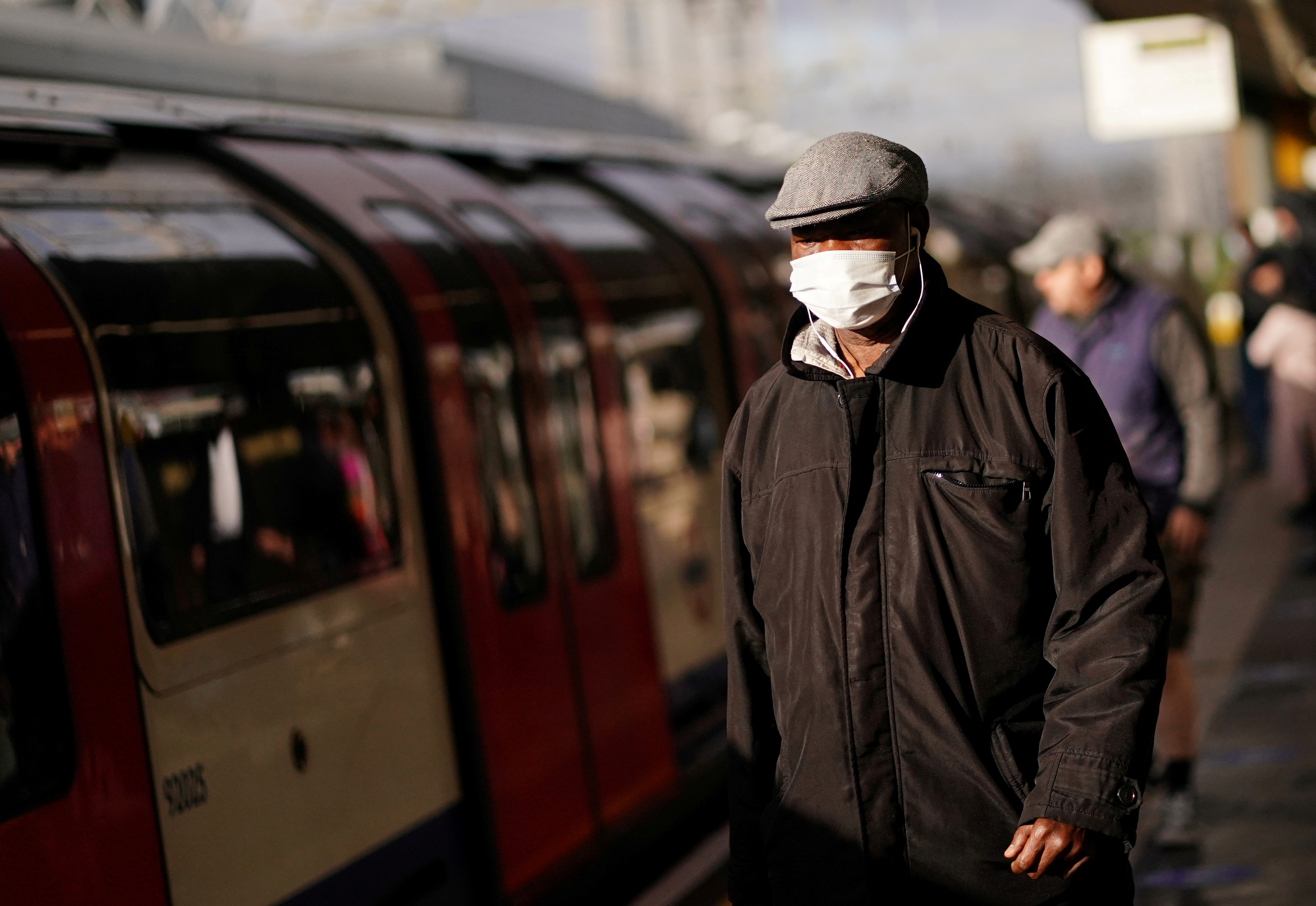 Today's rise is the second smallest rise recorded in the UK since lockdown began – beaten only by June 22 when 15 new deaths were announced.

Another 352 people have tested positive for the bug, bringing the total number of infections in the UK to 285,768.

In England, a further 15 fatalities were confirmed today, bringing the total number of Covid deaths in English hospitals to 28,904.

Meanwhile, no new deaths were recorded in Scotland, Northern Ireland or Wales – the first time none of the three devolved nations have recorded the zero figure on the same day.

Of fatalities in England, non were recorded in London – where at the peak of the crisis, well over 100 people were dying from the virus each day.

The North West and South West of England also recorded no new fatalities, giving a glimmer of hope to the rest of the nation.

Patients in England were aged between 42 and 93 years old and all had underlying health conditions.

Today is the first time Wales has not recorded any Covid deaths.

In Scotland the overall death toll from the bug remains at 2,488.

Meanwhile, daily hospital admissions of people with Covid-19 have dipped to single figures in most regions across England.

In all these regions except south-west England, they were the lowest daily totals for Covid-19 admissions since mid-March.

Two regions of England reported hospital admissions not in single figures on July 3: the combined region of north-east England & Yorkshire, which had 10 admissions, and the Midlands where 11 were admitted.

It means that overall there were 47 Covid-19 admissions across England on July 3.

This was the first time the number for England has dipped below 100 since the data began on March 17.

Daily Covid-19 hospital admissions in England peaked on March 31 at 3,099.

It comes after cooped-up Brits hit pubs for the first time in months this weekend – with some experts warning the eased measures could cause a second spike.

And in London, police placed large areas under ‘dispersal orders’ after battling to shut down a series of illegal music events. 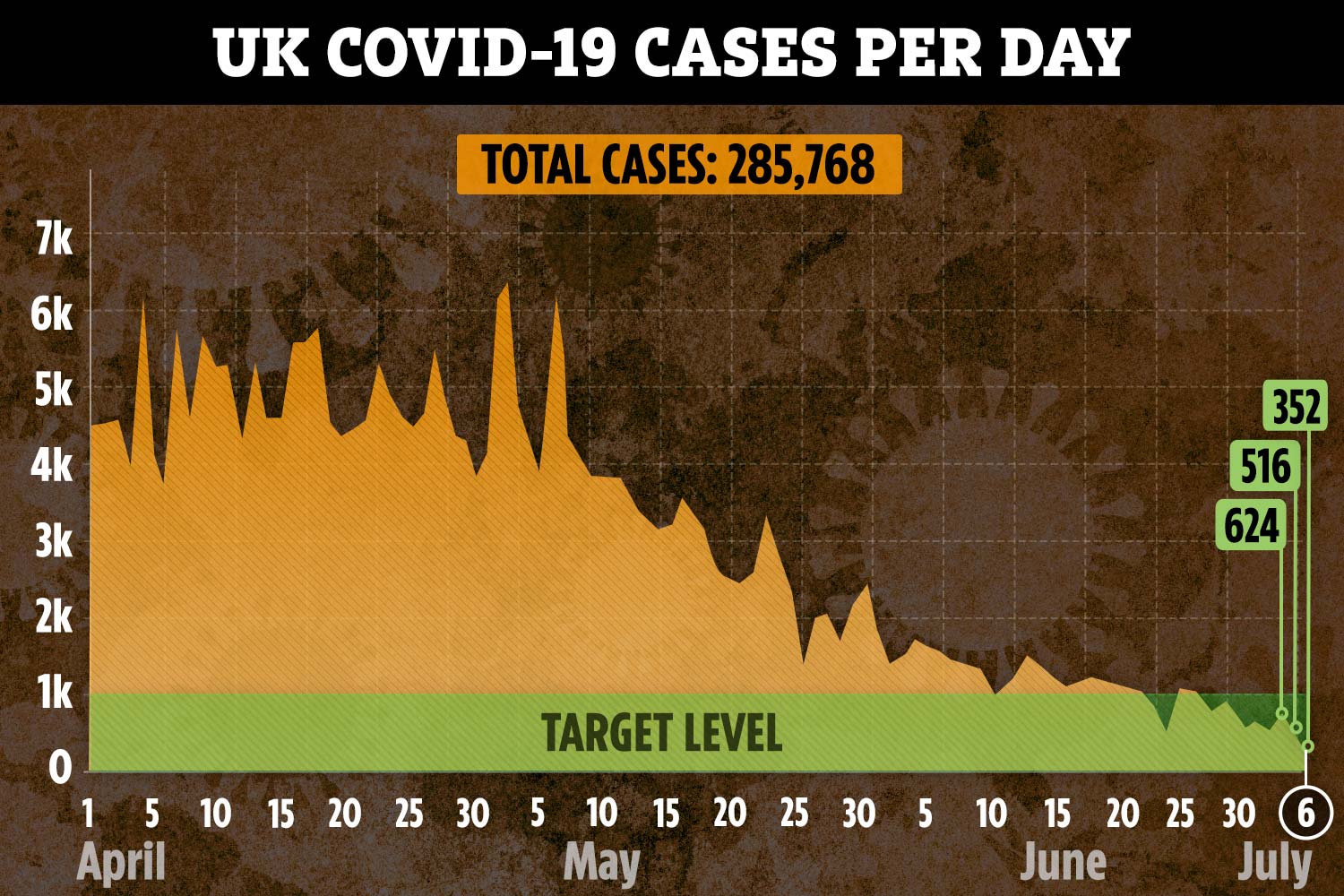