UK Covid cases have passed 7.5MILLION as another 34,460 infections were recorded in the last 24 hours.

The daily number of Covid deaths has also increased by 166 today – as Brits as young as 12-years-old continue to get vaccinated in the fight against the virus. 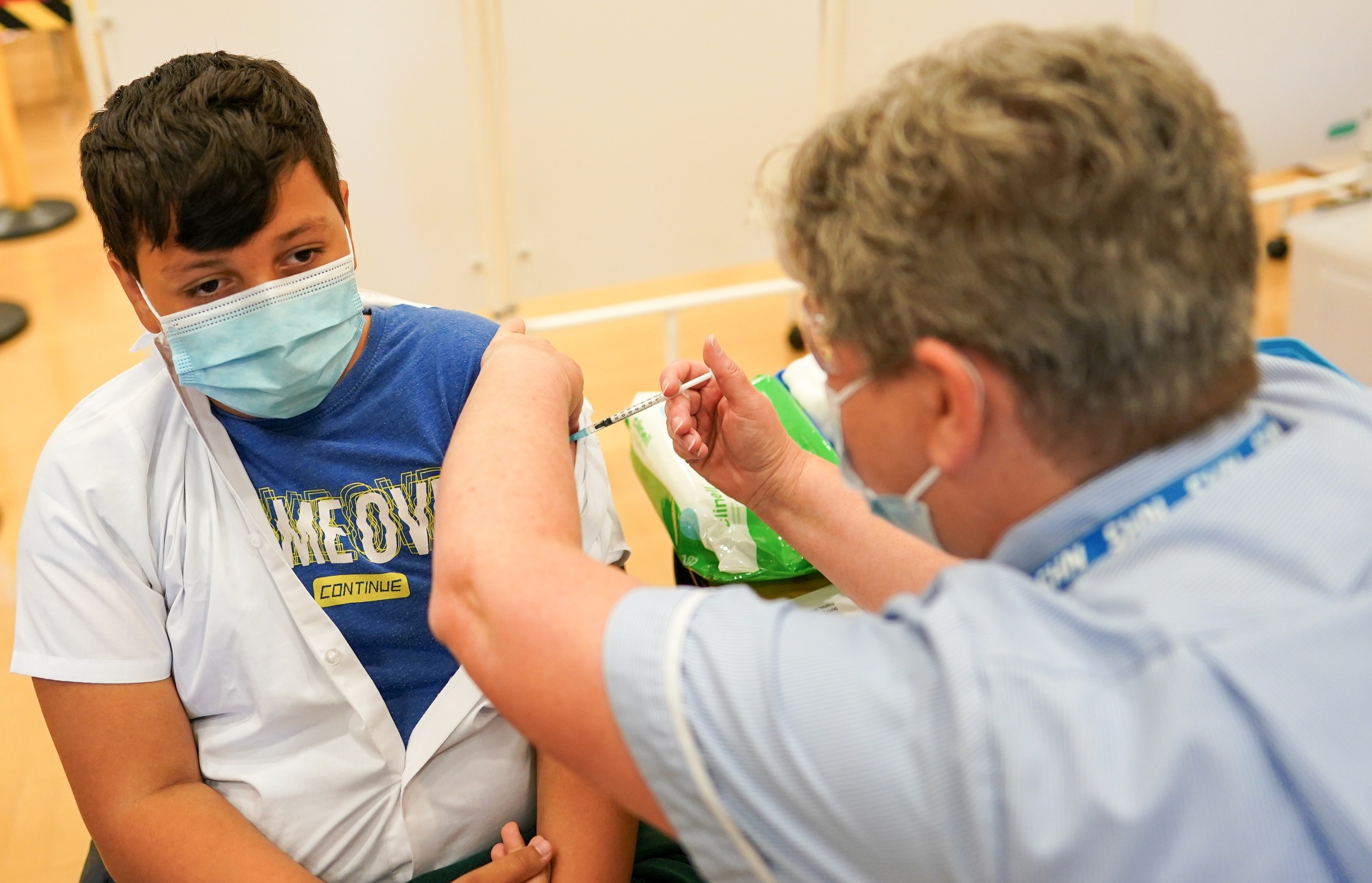 Infections have increased by 12 per cent in a week, after 30,597 cases were reported on September 15.

And the total death toll since the beginning of the pandemic now stands at a grim 135,621.

Meanwhile, Covid cases have risen in 61 local authorities and this interactive map reveals if your area is on the list.

Cases have fallen in 315 areas across the country and a cluster of infections has become visible in Wales.

Of the 61 areas across the UK where cases have risen, Wales accounts for 16, government data up to September 17 states.

The rest come from England and Scotland, with no local authorities witnessing an increase in Northern Ireland.

This comes as all kids could get infected with Covid at some point if they aren't vaccinated, Professor Chris Whitty warned this afternoon.

He revealed around half of the UK's kids have already had Covid, adding: "we’re running into winter so there’s still quite a lot of damage that could be done in terms of disruption".

The expert warned that age group is driving the spread of the infection, with schools having gone back and social distancing scrapped.

The teens are also all mostly unvaccinated at the moment, which makes them prime targets for the virus.

Prof Whitty explained: "Virtually any child, unvaccinated, is likely to get an infection at some point between 12 and 15."

He told the Education Committee in Parliament: "Let’s make an assumption that the great majority of children who have not had Covid are going to get it at some point over the next period.

"It won’t be necessarily in the next two or three months but they will get it sooner or later because it is incredibly infectious and because immunity wanes we’re not going to see a situation where it just sort of stops at a certain point.

So over the next years we will see that happening. Vaccination will reduce that risk by, for the sake of argument, 50 per cent – it’s probably slightly more than that.

"People who’ve already had the infection – some of them will go on to get it a second time, that we know.

"And so the vaccination will further reduce that number and it won’t produce complete protection for those who were vaccinated and so there will be some people who won’t even get infected at all but they will be really a very small number."

He added there is an assumption that vaccines take longer to wane in children than in adults, which is currently thought to be about six months.

It comes after the rollout of Covid jabs for teens began this week in schools.

Kids getting their vaccines will receive a single dose of the Pfizer/BioNTech vaccine.

Jabs are being delivered by local School Age Immunisation Services, as is the case with the flu and HPV vaccines.