A scheme to allow British families to take in Ukrainians fleeing the war starts today – but only allows them to take in refugees if they know their name.

People keen to offer refugees shelter in the UK can register their interest in sponsoring Ukrainians through the Government’s new humanitarian scheme from this morning.

But critics have attacked a ‘bureaucratic hurdle’ that means that families wanting to get involved with Homes for Ukraine have to know who they are taking in by name before they arrive.

The Home Office has issued 4,000 visas so far under the Ukraine Family Scheme. According to data published on its website, 17,100 applications have been submitted and 10,600 appointments have been made at visa processing centres.

Mr Javid said the Ukraine Family Scheme for refugees was ‘being made easier and more straightforward’ from Tuesday.

He told Times Radio hosts found face Disclosure and Barring Service (DBS) checks, adding: ‘I think that is right because you want to get the right balance between sort of speed and the people that we’re trying to help are in a desperate situation, and you want to bring that help as quickly as possible, but also do some basic checks and I think what we have done here is the right balance.’ 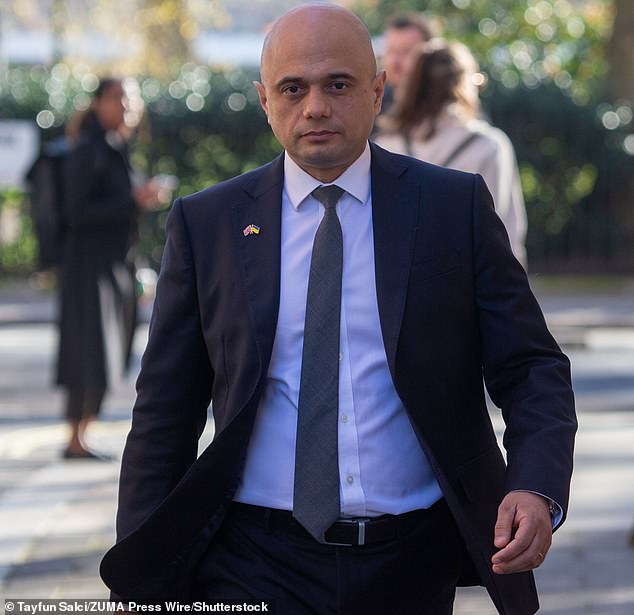 Mr Javid said the Ukraine Family Scheme for refugees was ‘being made easier and more straightforward’ from Tuesday. 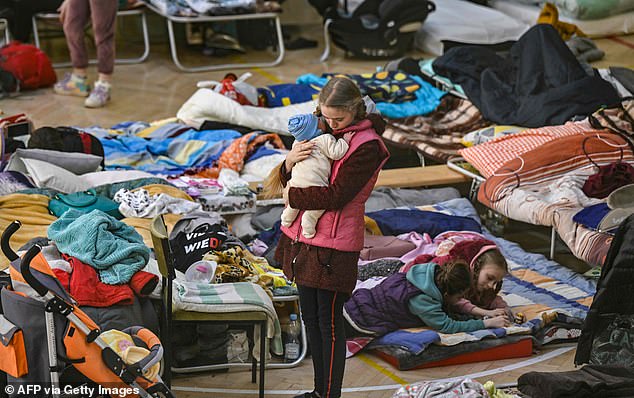 The Home Office has issued 4,000 visas so far under the Ukraine Family Scheme. According to data published on its website, 17,100 applications have been submitted and 10,600 appointments have been made at visa processing centres.

It came as charities warned that the new plan to house refugees with volunteer families could risk the safety of unaccompanied children if not done properly.

A spokesperson for the National Society for the Prevention of Cruelty to Children (NSPCC) said the charity did not want to see ‘unnecessary barriers’ built into the process, but ‘it is vital child protection is built into every stage of the Government’s and local authorities’ response to this crisis’.

There have been also concerns about the tight timeframe the Government has provided, with the NSPCC in its statement calling it an ‘ambitious turnaround’.

The charity said it was ‘essential that the Government works closely with local authorities, the fostering community, charities and other key local partners to ensure this sponsorship scheme is ultimately safe; has appropriate levels of support for traumatised Ukrainian children who have fled bloodshed, and on-going assistance available for their sponsors’.

Levelling Up Secretary Michael Gove last night said the process of matching Britons with people fleeing the conflict will take place from Friday, while he expects the first refugees to use the new route will make their way to the UK by the end of the week.

The Homes for Ukraine programme will allow individuals, charities, community groups and businesses to bring people escaping the war to safety – even if they have no ties to the UK.

Anyone with a room or home available can offer it to a Ukrainian individual or a family, though those offering will be vetted and Ukrainian applicants will undergo security checks.

Members of the public will be able to nominate a Ukrainian family to stay with them for at least six months.

Sponsored Ukrainians will be granted three years’ leave to remain in the UK, with entitlement to work and access public services.

The exact detail is not known, but Mr Gove has said steps will be taken to ensure people who might be ‘intent on exploitation’ are prevented from ‘abusing’ the new scheme.

Britons offering accommodation to Ukrainian refugees will receive a ‘thank you’ payment of £350 per month.

Local authority areas will be entitled to more than £10,000 per Ukrainian refugee using the fresh route to the UK.

The Health Secretary said he was considering whether he was able to host Ukrainian refugees in his home.

Sajid Javid told BBC Breakfast: ‘I’m starting to have a conversation with my wife on that and I think many households – as you say, and I’m pleased you brought this up – are probably thinking about this across the country.

‘It’s important that anyone that becomes a host that they can fulfil the obligations of a host, that they can spend time with these families and help, but there are many ways that we can all help and whatever I do at a personal level, I will most certainly be helping.’

Mr Gove has said he would personally take in a Ukrainian refugee and Academy Award-nominated actor Benedict Cumberbatch said from the Baftas red carpet on Sunday that he hopes to take part in the scheme.

But there has been criticism too, with the Refugee Council noting unlike the UK all EU countries have waived visa requirements for Ukrainians in the short term.

Council chief executive Enver Solomon told The Guardian the UK scheme was ‘effectively a managed migration route, which is not suitable to use to respond to a humanitarian crisis’.

Mr Solomon also said the programme should only be one part of Britain’s response to the crisis.

‘But if it’s going to work, it needs to be delivered with all the right resource and all the necessary entitlements for Ukrainians – so they’re able to get all the healthcare they need, access housing benefit – because the reality is, the sponsor arrangement will be a short-term measure,’ he said.

‘This conflict doesn’t look like it’s going to end quickly. There needs to be a clear pathway to longer-term accommodations.’ 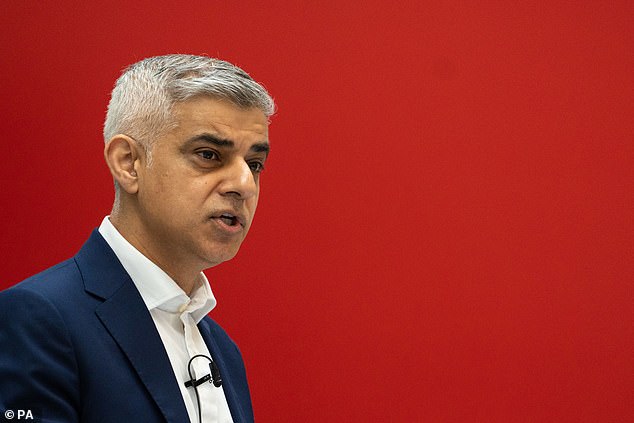 London Mayor Sadiq Khan said the UK’s response to the Ukraine refugee crisis has been ’embarrassing’ compared to that of other countries.

London Mayor Sadiq Khan said the UK’s response to the Ukraine refugee crisis has been ’embarrassing’ compared to that of other countries.

Asked if he would be willing to host a refugee, Mr Khan told Good Morning Britain: ‘Personally we won’t be able to because of space and other security issues, but I admire the generosity of those Londoners, and we know our city is a very generous city.’

He said the visa system must be simplified as it is ‘far too complicated for those from Ukraine to come to London, and our country’.

‘The issue now is the delay in the visas but also we need to make sure there’s the right support, the wrap-around care.

‘With the right support, with the visas being sorted out, we should be able to do at least what Germany and France and Italy and Spain and others have been doing. It’s embarrassing when you compare what little we’ve done with most of what our neighbours have done.’