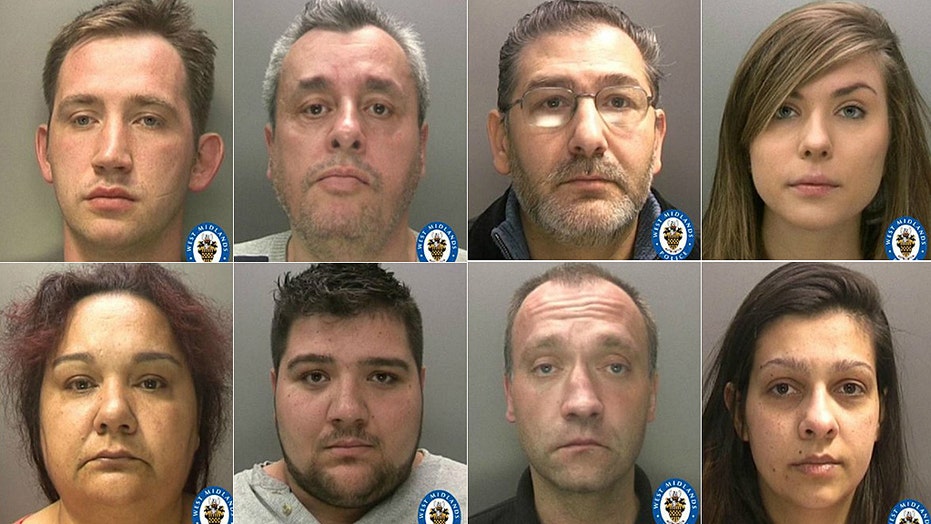 The largest modern-day slavery ring in the United Kingdom forced more than 400 people to work for less than 75 cents a day and live in squalor — while their “masters” made millions, authorities revealed Friday.

Prosecutors said a gang of eight Polish natives – five men and three women – preyed on the homeless, former convicts and alcoholics in Poland and lured them to Britain with false promises of well-paid work.

However, the victims – believed to number more than 400 in the West Midlands – were made to live in rat-infested houses and work menial jobs, making about 50 pence or about 63 cents for a day’s work. Meanwhile, their masters earned some $2.5 million and lived a luxurious lifestyle. 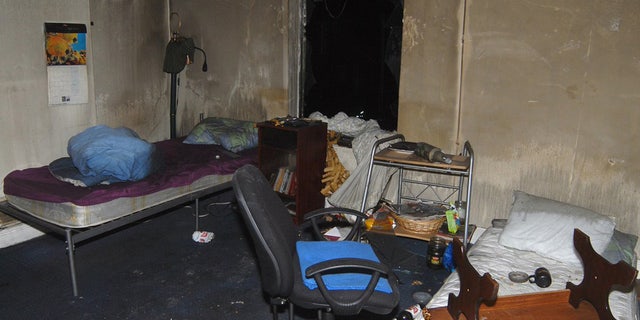 Victims were forced to live in squalid conditions – while the traffickers made $2.5 million from their suffering.
(West Midlands Police)

The so-called masters – who police say are members and associates of two crime families, according to the BBC – have since been convicted of slavery, trafficking and money-laundering offenses during two trials.

Reporting restrictions were lifted Friday, allowing details of the harrowing network’s collapse to be published. The accounts of more than 90 victims were heard by jurors, but it is believed that at least 350 more were exploited by the gang.

“This was trafficking and exploitation on a massive scale; this gang treated these people, their fellow countrymen, as commodities purely for their own greed,” West Midlands Police Det. Chief Inspector Nick Dale said in a statement. “What they did was abhorrent: they subjected victims to a demi-life of misery and poverty. They forced them into work and, if they objected, they were beaten or threatened with violence and told family members back home would be attacked.”

One victim told the courts that the living conditions were “horrible.”

“I would say some homeless people here in the U.K. live better than I lived after I arrived over here,” he said, according to Sky News. 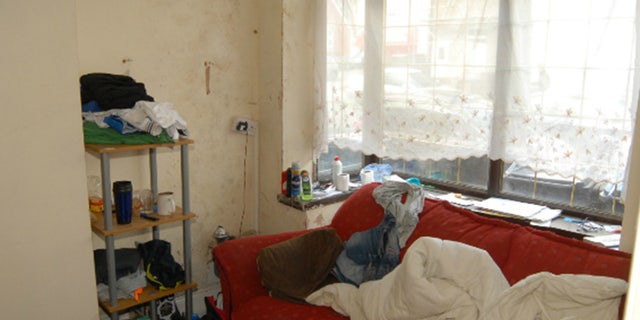 The victims had to scavenge for mattresses to sleep on inside their rat-infested houses.
(West Midlands Police)

Authorities said the victims — who ranged in age from 17 to over 60 — were housed in at least nine addresses in the West Midlands. They lived up to four to a room, were fed expired food and had to scavenge for mattresses to sleep on.

Other victims reported being forced to wash themselves in a canal because they had no access to fresh water, to plug leaky toilets with blankets and sheets and procure food from soup kitchens and food banks because their wages were not sufficient.

The victims were forced to work on farms and in rubbish recycling centers and poultry factories. The captors also opened bank accounts in the victims’ names using bogus addresses and claimed benefits without their knowledge.

“The ringleaders were clever and manipulative – capable of considerable charm when it suited them when talking to bank staff and employment officials – and ran a sophisticated operation across more than 30 properties,” Dale said. “[The victims] most felt powerless to escape, with no knowledge of the area, little or no English language skills, and no-one to turn to for help. Their lives were reduced to misery and they all have the physical and psychological scars of their exploitation.” 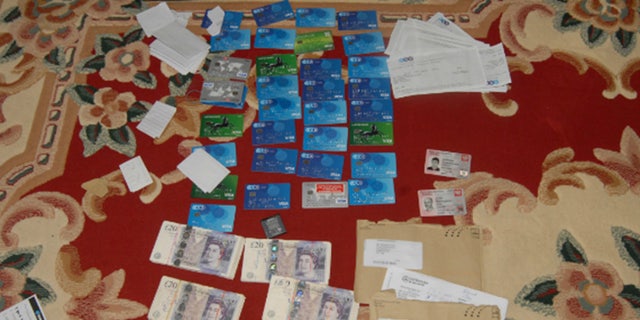 Credit and debit cards that were created in the victims’ names and used by the gang members to steal their wages.
(West Midlands Police)

The network collapsed when two victims fled their captors in 2015 and told slavery charity Hope for Justice of their ordeal.

Judge Mary Stacey said at the end of the first trial that the traffickers' "degradation" of fellow human beings had been "totally unacceptable." She imposed prison sentences of up to 11 years.

She said the belief that slavery had been ended in Britain was not true: "The hard truth is that the practice continues, here in the U.K., often hiding in plain sight."

In the second trial, which ended in June, those convicted were Ignacy Brzezinski, 52, and Wojciech Nowakowski, 41. A third person, Jan Sadowski, 26, pleaded guilty.