LONDON (Reuters) – Britain said on Wednesday it would eliminate import tariffs on a wide range of goods and avoid a so-called hard border between Ireland and Northern Ireland in the event of a no-deal Brexit. 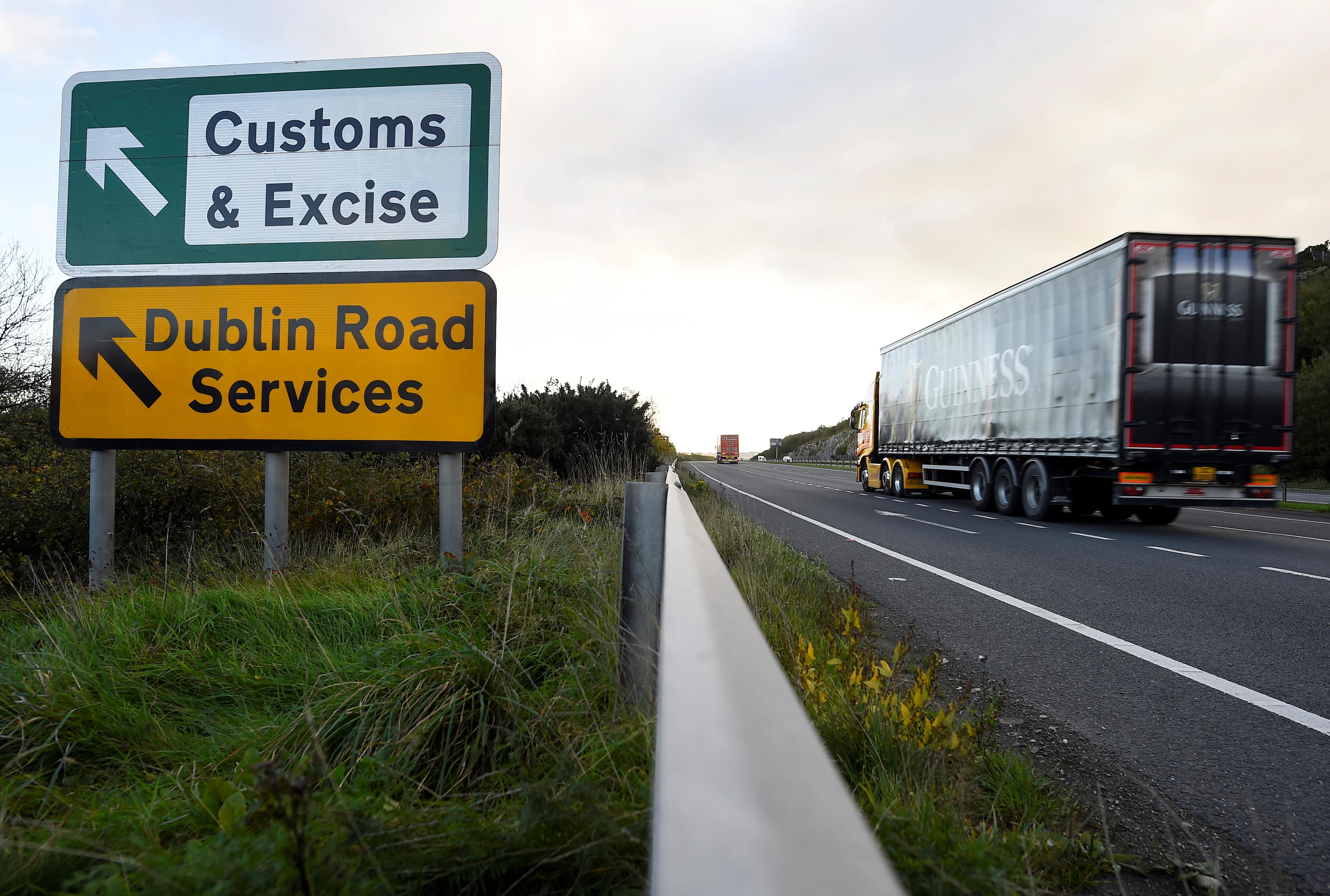 The government announced the moves, which it said would be temporary, ahead of a vote by lawmakers later on Wednesday on whether Britain should leave the European Union without a deal, a prospect that alarms many employers with the scheduled March 29 Brexit date fast approaching.

Prime Minister Theresa May suffered a second, heavy parliamentary defeat on the withdrawal deal she struck with the bloc on Tuesday, leaving open the possibility of an abrupt, economically damaging Brexit without a transition arrangement.

However, lawmakers are expected to vote against a no-deal Brexit and then, on Thursday, vote in favor of seeking a delay to Brexit.

Under the tariff plan for a no-deal Brexit that would last for up to 12 months 87 percent of total imports to the United Kingdom by value would be eligible for tariff-free access, up from 80 percent now.

Some protections for British producers would remain in place, including for the country’s carmakers and beef, lamb, pork, poultry and dairy farmers.

Cutting import tariffs on imported goods would ease the hit to British consumers from an expected jump in inflation in the event of a no-deal Brexit which would probably cause sterling to tumble and make imports more expensive.

But it would also expose many manufacturers to cheaper competition from abroad and, if maintained, low or zero tariffs would deprive Britain of ammunition for extracting concessions from other countries in future trade talks.

On the Irish border, the British government said it would not introduce any new checks or controls on goods moving from the Irish Republic to the British province of Northern Ireland in the event of a no-deal Brexit, stressing the plan was temporary and unilateral.

“The measures announced today recognize the unique circumstances of Northern Ireland,” Karen Bradley, Britain’s secretary of state for Northern Ireland said in a statement. “These arrangements can only be temporary and short-term.”

Britain would seek to enter discussions urgently with the European Commission and the Irish government to agree long-term measures to avoid a hard border.

Goods crossing the border from Ireland into Northern Ireland would not be covered by the new import tariff regime.

Britain, Ireland and the EU have said they want to avoid physical checks on the border, which was marked by military checkpoints before a 1998 peace deal ended three decades of violence in the region. But they disagree on the “backstop”, or insurance mechanism, to exclude such border checks.