Showery weather is forecast to hit the north in the morning – with thick clouds bringing heavy rain and gales across much of the country for the rest of the day. 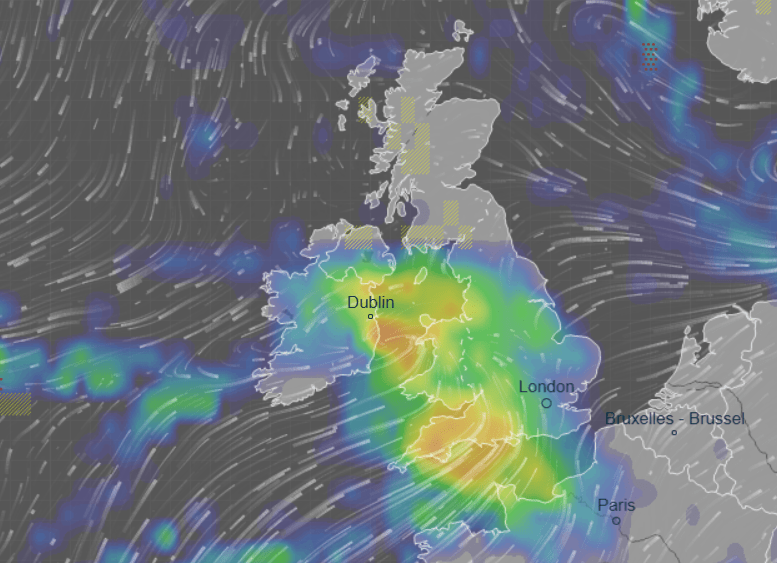 And with the deluge of recent rainfall over the last week, motorists are being warned to keep an eye out for standing water.

Intense downpours caused chaos during the rush hour – as wet and windy weather pushed in from the south west.

And while Saturday started brighter for many, overnight rain soaked parts of the country once again last night. 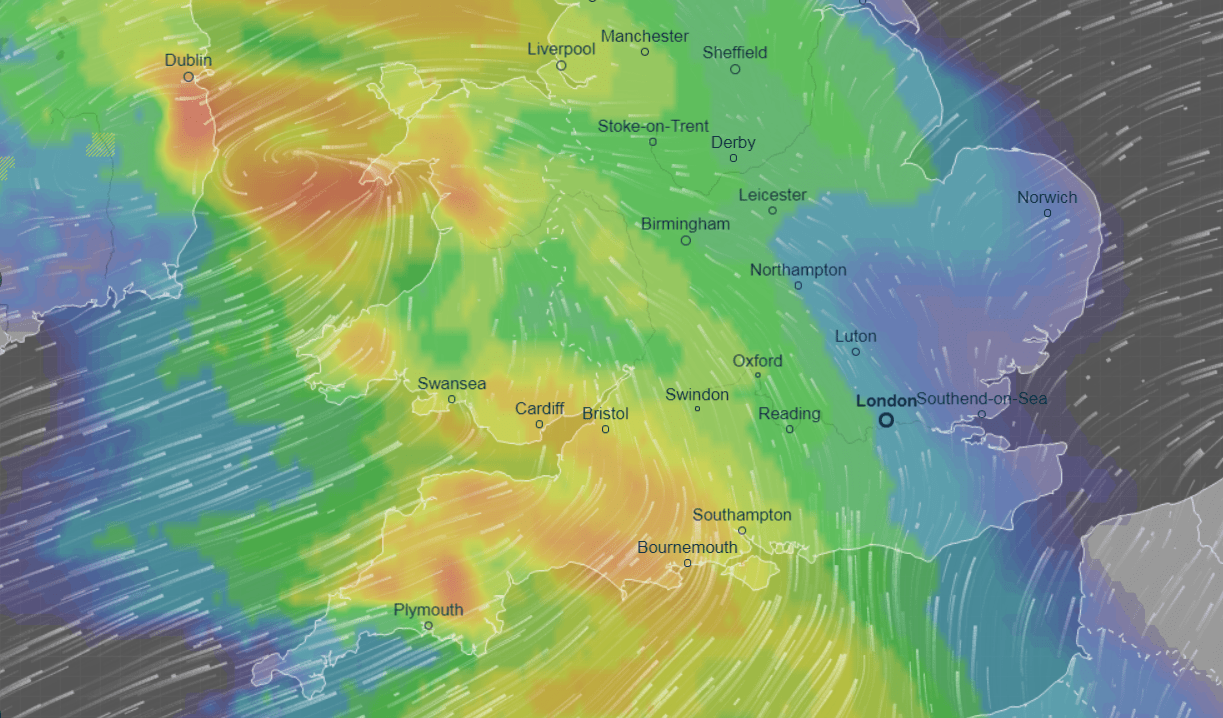 Today's rainfall – heaviest in western parts of England and Wales this morning – will pass by the evening.

Clouds will first break up over the south west, according to the Met Office.

Forecasters said: "Rain, heavy at times, will spread eastwards during the morning, along with extensive low cloud, mist and patchy drizzle.

"Although lighter, rain will linger across most areas during the afternoon." 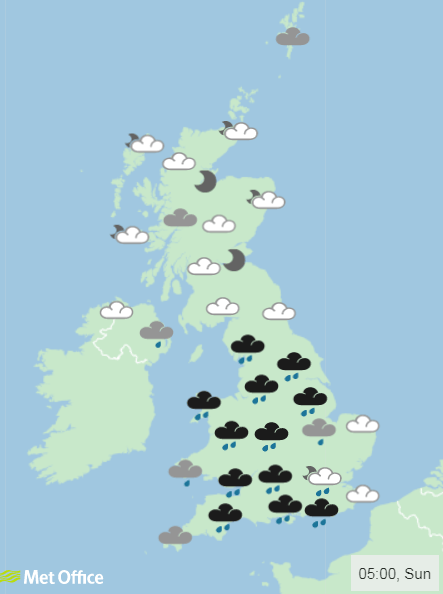 They also warned it would be "breezy along coastal areas" – while it will also be "very mild" for this time of year, with temperatures up to 13C in the South East.

Thames Valley Police warned earlier that the recent rainfall had caused huge "lakes" on the roads in their region.

They said: "If a car is going too fast and hits one of these sheets of water, it will aquaplane and crash.

"Motorists should take heed of the conditions and slow down – it's better to arrive late for Christmas than to not arrive at all because you're in hospital or on a mortuary slab."

The rains come after bookies slashed the odds on it being the wettest December on record.

Ladbrokes had cut odds from 8/1 to just 3/1 earlier this week on 2018 having the wettest December ever.

Meanwhile, it was just a 1/4 shot on any part of the UK seeing snow on Christmas Day.

Alex Apati of Ladbrokes said: "Punters dreaming of a White Christmas may well get their wish, but not before seeing potentially record-breaking rainfall."