The Cumbrian coastline and North Sea coast at Easington and Kilnsea are expected to be hit by tidal surges this morning amid strong winds and heavy rain. 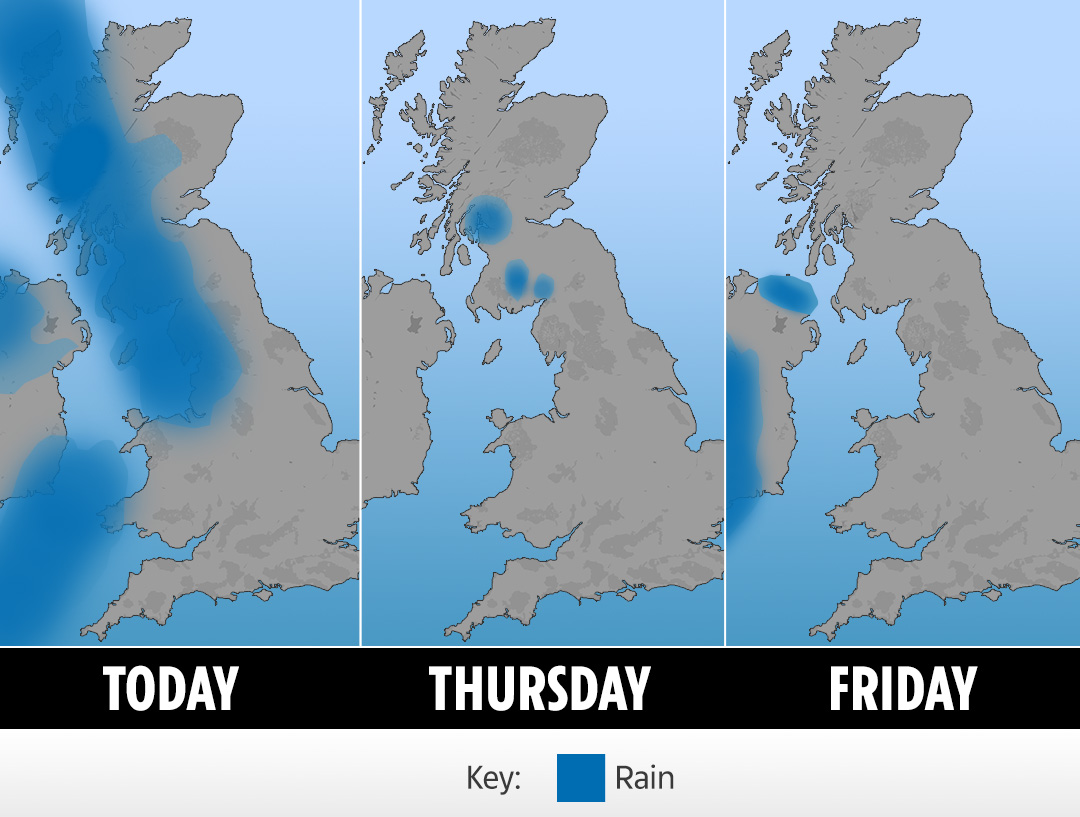 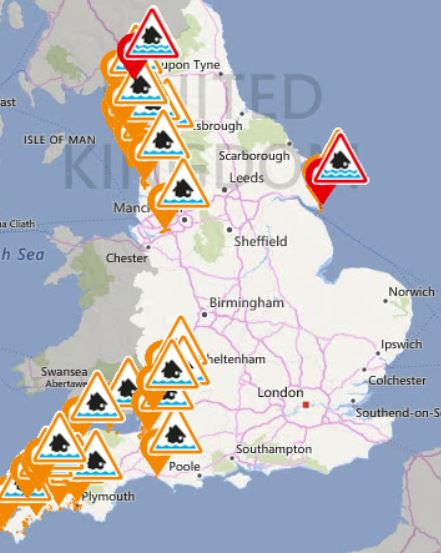 The Environment Agency issued flood warnings for these two areas and said that flooding of homes, roads and farmland is possible.

Residents in Cumbria from Gretna to Silloth including Port Carlisle, Skinburness and Rockcliffe were told to take care near beaches and promenades as the sea spray could be dangerous.

North Sea coastal hamlets Easington and Kilnsea have been told: “Please stay aware of your surroundings and do not put yourself at risk.”

A further 26 flood alerts have been issued for the River Avon, Mersey Estuary and coastlines in Somerset, North Devon and North Cornwall.

“Across the north it will be fairly soggy and fairly wet across the morning.

“Rain will come through the night across Scotland and it will be fairly wet across northern isles.”

DO NOT PUT YOURSELF AT RISK

Mr Deakin said it will be damp and drizzly in Northern Ireland this morning.

It come comes after a wet and windy night, with Northern Ireland, Scotland, Wales and northern England seeing the heaviest downpours.

As the weekend approaches things will get a bit warmer with Friday and Saturday seeing temperatures mainly around 17-18C.

Some spots of rain are expected in both North Wales and northern England.

Things will be cooler along the south coast with a breeze coming in and temperatures there will be between 11-12C.

The UK then might have the hottest February day ever as the mercury soars even further. The current record for the warmest February day came in 1998 when highs of 19.7C were clocked.

"There is a big area of high pressure moving across the UK, so it will be nice and sunny too." 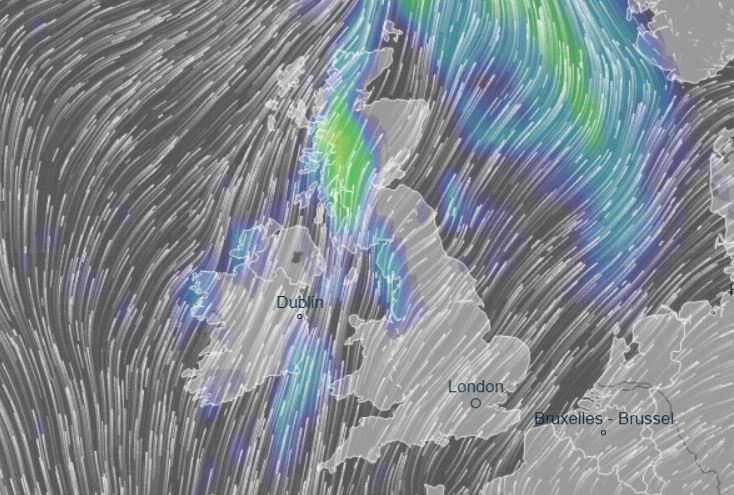 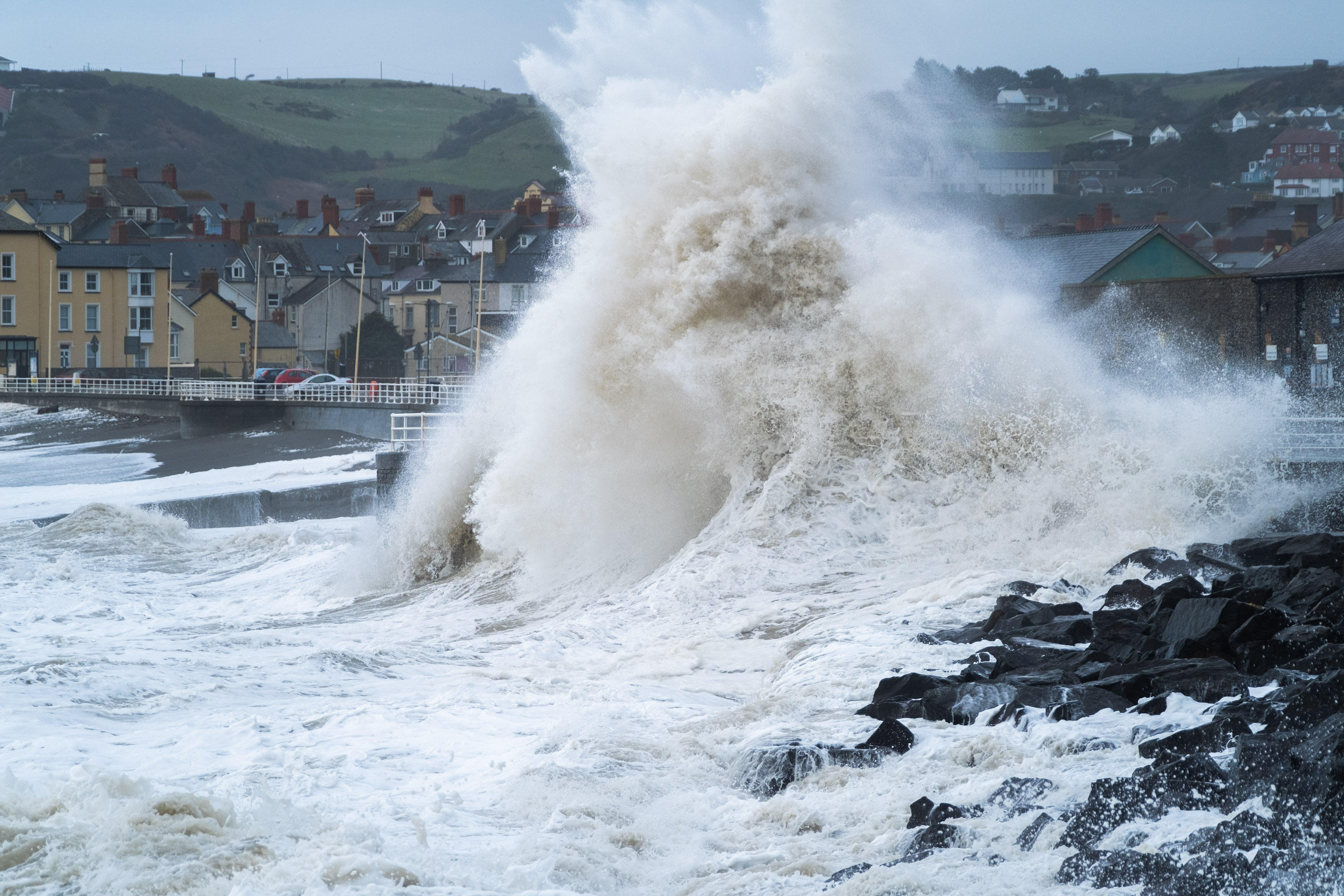