Some areas could see up to 8 inches of the white stuff as blizzards may batter Scotland and northern England from Saturday. 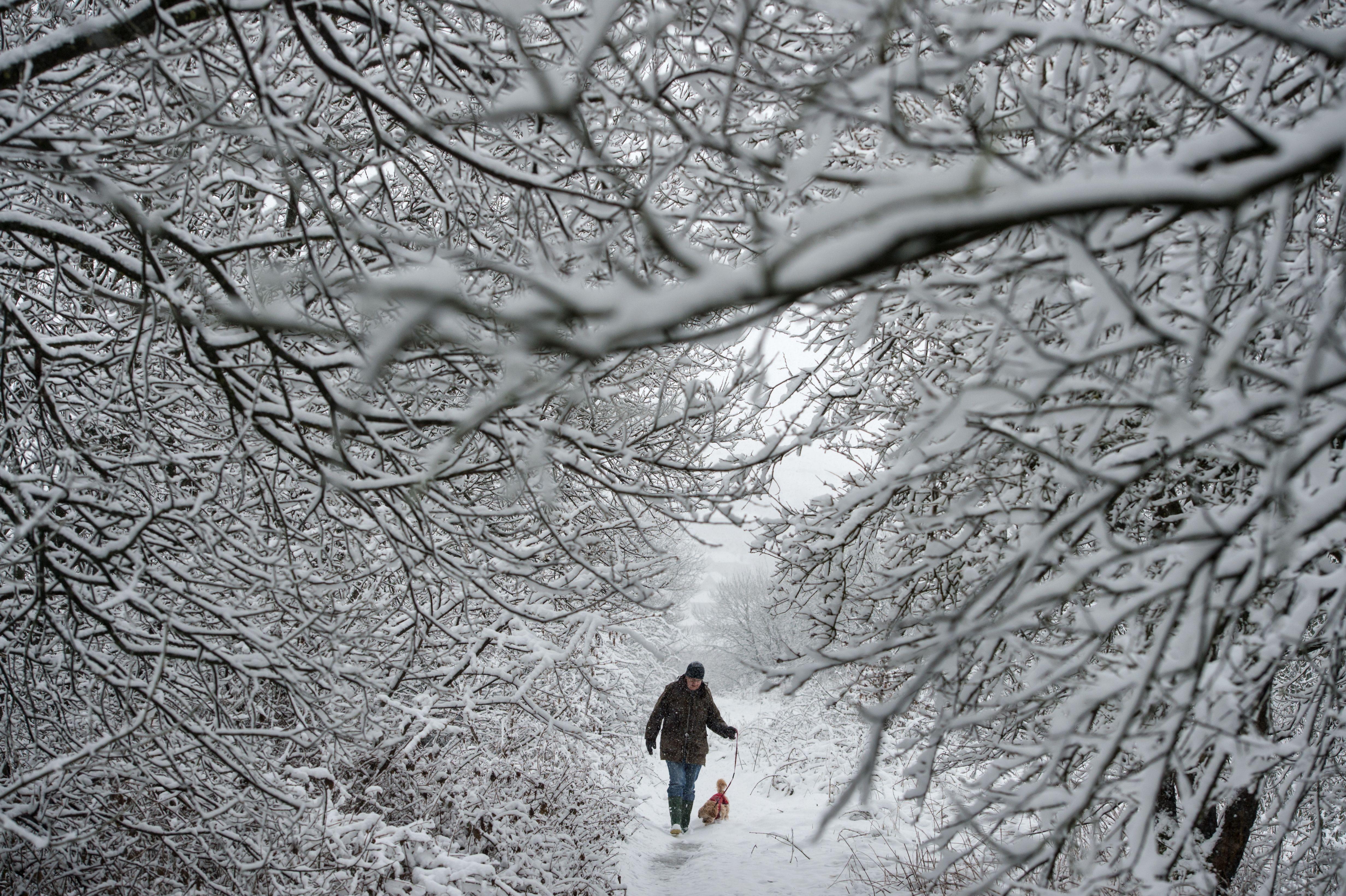 An active low-pressure system will move in from the Atlantic on Friday night and will push across the country, bringing strong winds and heavy rain.

The Met Office has issued a yellow warning for ice and snow for large parts of Scotland and the north right the way through to Sunday.

They have warned Brits for travel nightmares as the snow could cause vehicles to be stranded as well as cancellations to rail and air travel. 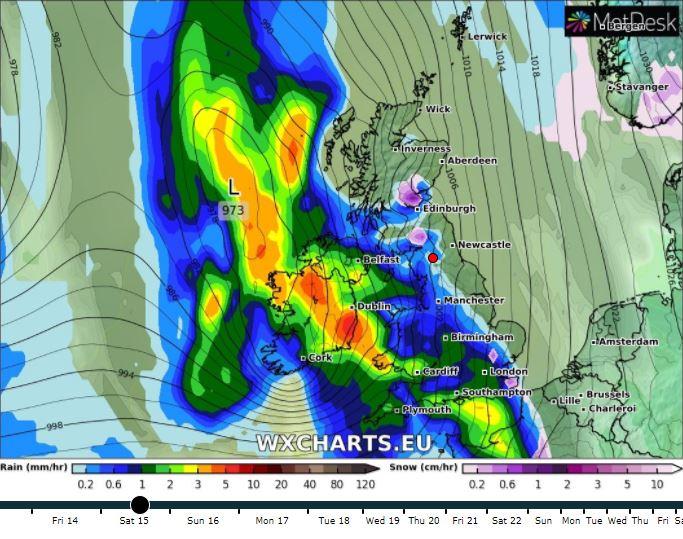 Forecasters are also keeping an eye on a "polar vortex" that could push temperatures as low as -8C.

The Met Office has issued two yellow weather warnings covering a huge stretch of Scotland and the north.

The warnings say: "The snow could be heavy at times, especially over hills where blizzards may develop, and is likely to drift in strong winds.

Snow is expected to be heavy in the North on Saturday, but should turn brighter, showery and less cold on Sunday.

The Met Office said: "Across northern England and southern Scotland, snow may turn to freezing rain above 200-300 metres leading to widespread ice developing on Saturday night. 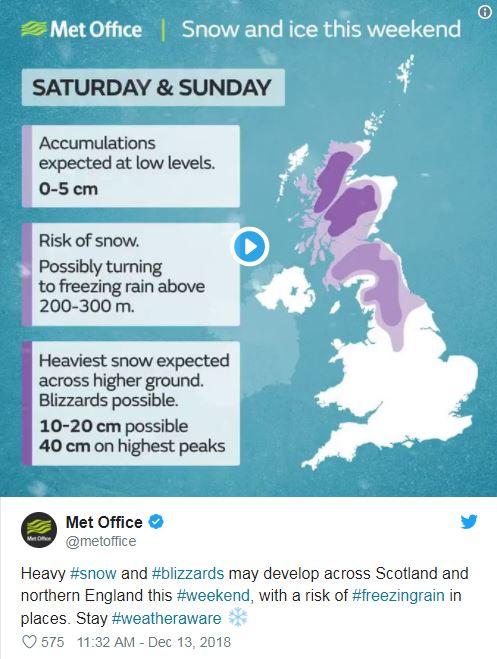 Chief Meteorologist, Steve Willington said: “This weekend’s weather brings a range of winter hazards, with the possibility of heavy snow and blizzards in parts of Scotland and freezing rain for northern parts of the UK.

few showers are possible near eastern coasts, which may give a few icy patches. Elsewhere it'll be dry with clearing skies and easing winds. Temperatures will fall quickly, bringing a cold start to Friday.

After a cold start it'll be dry for most with sunny spells. Isolated showers may continue near eastern coasts and rain spreads into Northern Ireland in the afternoon. Feeling cold.

Outlook for Saturday to Monday:

Wet and windy weather on Saturday, with perhaps heavy snow in the north. Brighter, showery and less cold Sunday. Wet and windy in the southwest later Monday.

"As such, there is the potential for disruption to travel on the roads and possible delays or cancellations to public transport services, so we encourage people to keep an eye on the latest weather forecast and warnings and to take care when travelling." 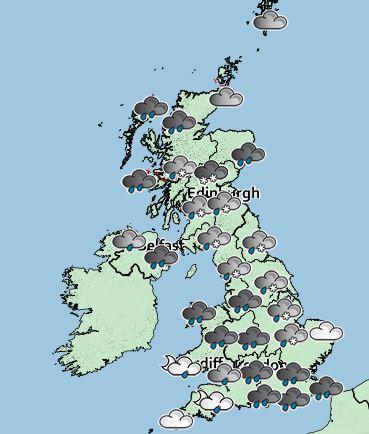 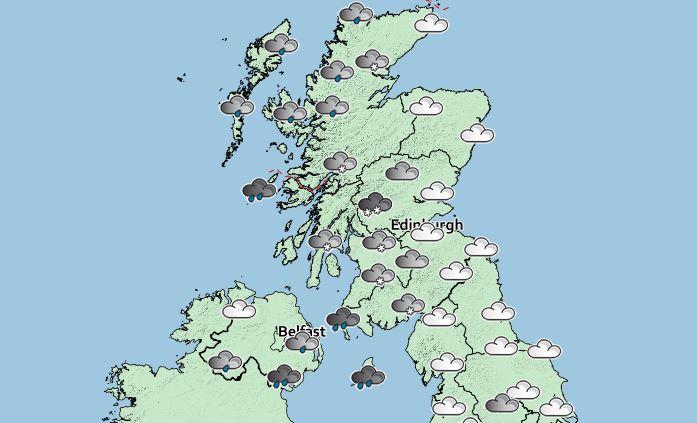 “At the moment, the heaviest snow is expected over higher ground in Scotland with the chance of drifting snow due to strong winds.

"Snow is also expected to settle at lower levels in Scotland and parts of northern England, with the risk of freezing rain and ice on Saturday night.” 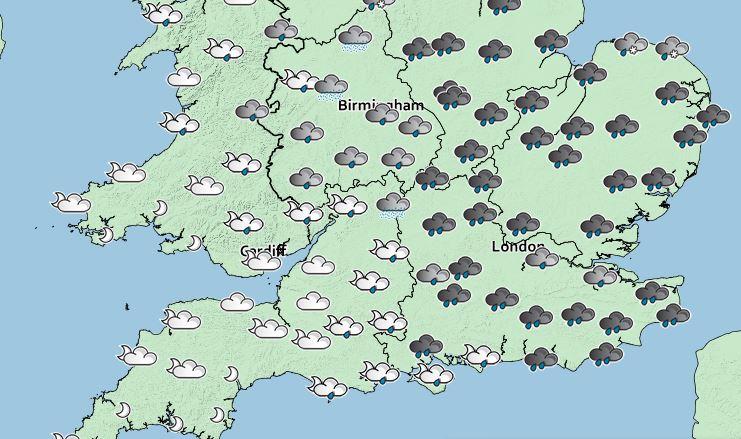 Stein Connelly from Transport Scotland said: "This weather has potential to cause travel disruption, particularly over higher routes. As always, we encourage motorists to plan their routes ahead of time, leave plenty of time for your journey, follow Police Scotland travel advice and drive to the conditions."

Craig Snell from the Met Office told The Sun Online: "There's scope that it could come down to about -6C and -7C in the real countryside areas, like the high ground of the Pennines and some of the glens of Scotland.

"For most of the public, we're looking at falling just below freezing so the main towns and cities will be at 0C or -1C, the suburbs -2C or -3C, and then a few spots around -4C and -5C and then the odd spot at -7C."

Rural communities have been warned that they may be 'cut off' this weekend and left without power and phone signal.