FREEZING fog may ground flights at Heathrow, Gatwick and Stansted airports as temperatures are set to plunge to -9C lows, the Met Office has warned.

The frosty weather is expected to cause travel disruptions across England, after Met Office issued a yellow weather warning for fog today. 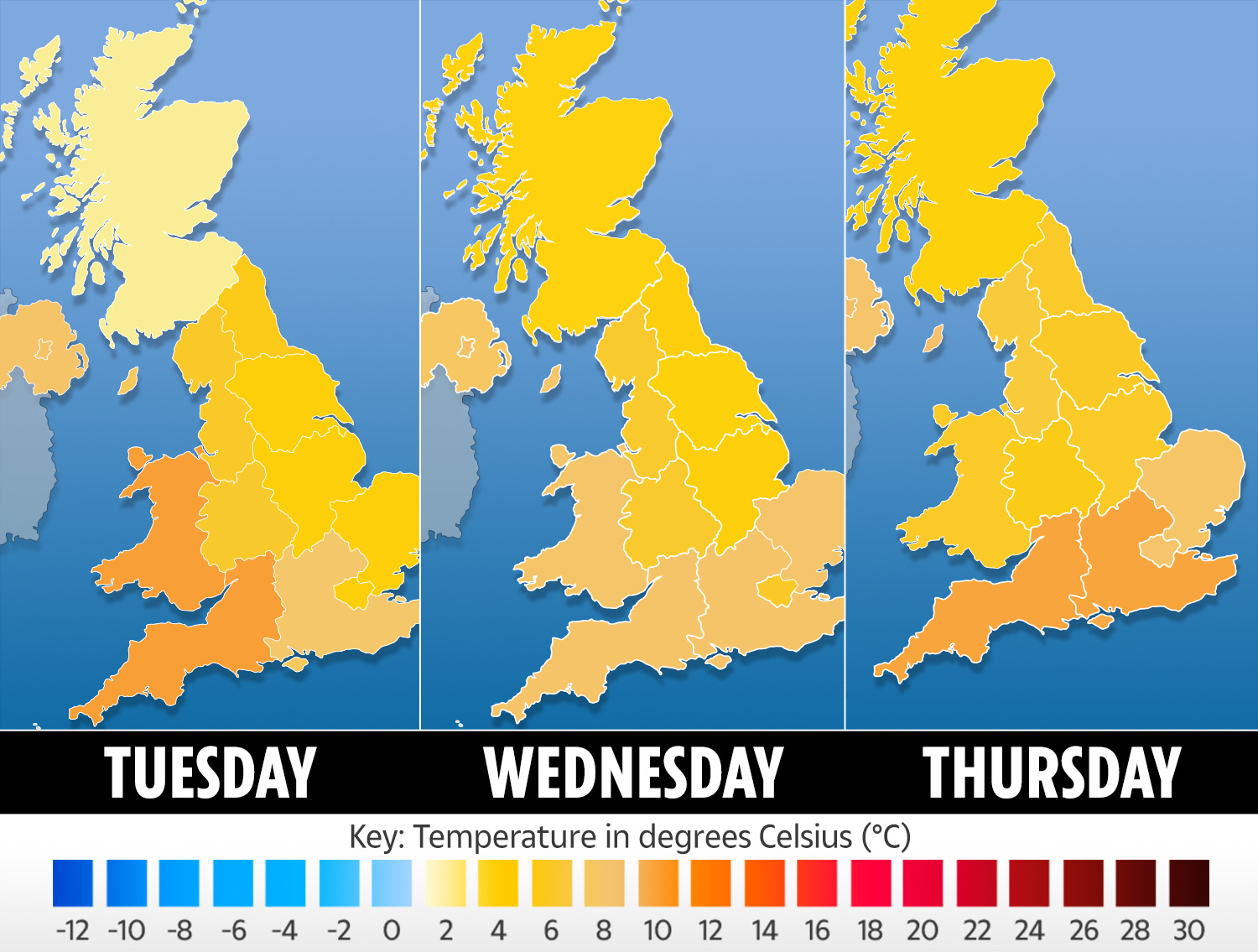 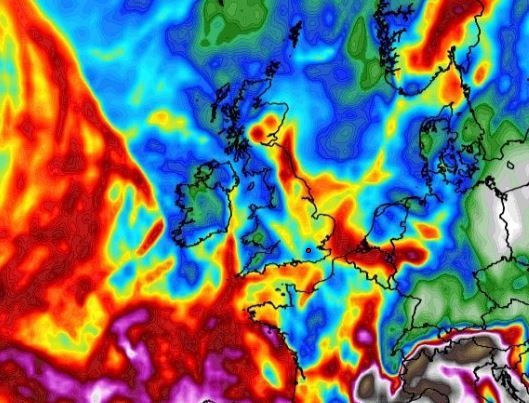 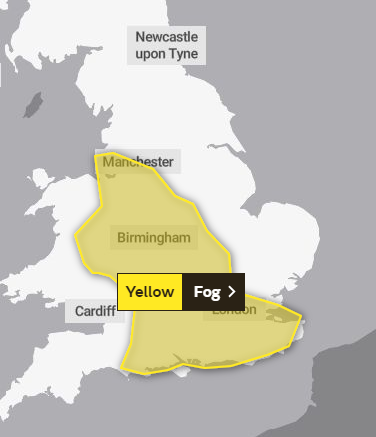 While the cold snap continues, two inches of rain is expected fall on Tuesday – starting in the West and other parts including Yorks that were hit by floods last week.

The Met Office warned temperatures could drop to -8.1C in the Highlands last night.

In the North, temperatures are set to drop to -6C and parts of the South are bracing for -3C.

The North faces snow flurries on higher ground, which would make it England's earliest winter snow for 11 years.

A yellow warning for fog has been issued by forecasters for today, with warnings for possible travel disruptions to follow.

A Met Office spokesman told Sun Online: "We're looking at a cold, frosty start where we'll see temperatures drop to -9C in some parts of the country.

"There will be some freezing fog around, and it will be slow to clear.

"The weather is set to be quite cold and will most likely stay in single figures.

"We'll be seeing the worst of the fog in the morning and our yellow warning is in place from 4am until 11am.

"We advise rush hour commuters to take extra care as there will be reduced visibility as a result of the fog."

Most days will struggle to hit double-digits in the North this week – while the South will see high temperatures range from 10C to 12C.

Met Office forecaster Greg Dewhurst said: “Slow-moving rain returns to the West on Tuesday and to Yorkshire and other parts from Thursday for the rest of the week, with bands of rain.

“It's cold in the northerly flow. Monday night could be the coldest night of autumn in Scotland and England, exceeding -8.1C in Scotland and down to -6C in northern England.

“Snow showers could be seen on higher ground of Scotland, with a bit of snow over northern England.

“Daytime maximums will be 7-9C for most to start the week, easing to 12C in the South from midweek as the flow turns southerly, but still only 7-10C in the North.

“It stays unsettled from next weekend onwards, with bands of rain through the following week.” 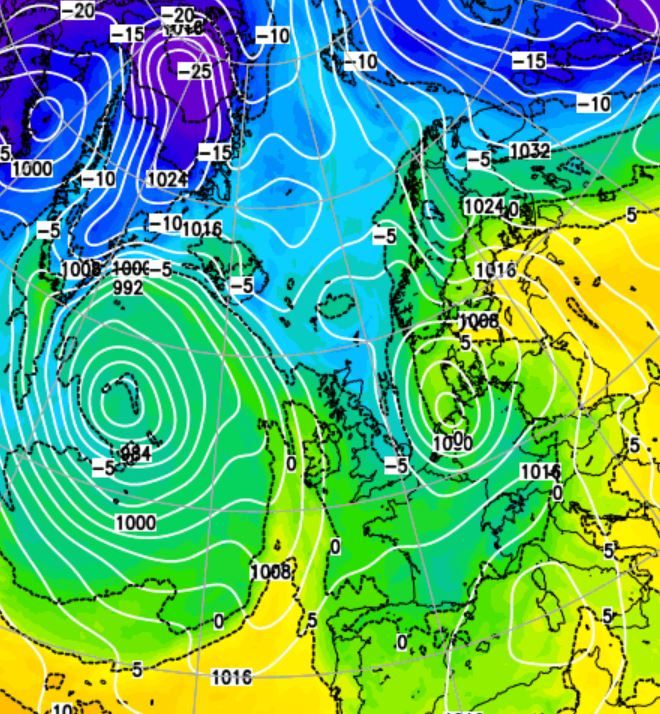 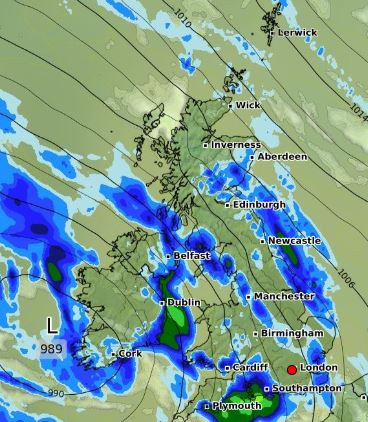 SPONSORED CONTENT: How to save £268 a year off your energy bills

BEAT energy price rises year after year with Switchcraft. It's free and it could save you an average of £268 a year.

News UK has a brand partnership with Switchcraft.

John Hammond, ex-BBC and Met Office forecaster of weathertrending, said: “There's a lot more rain to come, and that's worrying news for those hit by flooding.

Large parts of the country are still dealing with the catastrophic floods as the chaos is set to continue.

This past week, the rivers Severn and Avon burst their banks leaving properties waterlogged in Glos. and Worcs.

Residents in the Midlands and Yorkshire are still battling to clear their homes.

Swathes of Britain that were left devastated by torrential downpours will face yet more floods.

Forecasters say they are "keeping an eye" on rainfall across parts of Britain already under feet of floodwater.

More than 120,000 Britons are expected to be left in the cold due to boiler breakdowns over the next fortnight.

The grim forecasts come as parts of the UK are already submerged – with floods engulfing entire villages.

Flood-hit families are facing more misery at Christmas, with warnings that the soaked ground in some areas will not take much more rain.

Meteorologist Sophie Yeomans said: "There is some rainfall around, but it's looking light and patchy.

"There's light cloud and rain around in some of the areas in the north of England and also down in Shropshire and the West Midlands.

"But there's no long-lasting or heavy rain – it's a good situation."

The Environment Agency said: "River flooding is expected to continue in the Lower River Don washlands area in South Yorkshire through to at least Tuesday, where properties will continue to flood and there will be continued travel disruption." 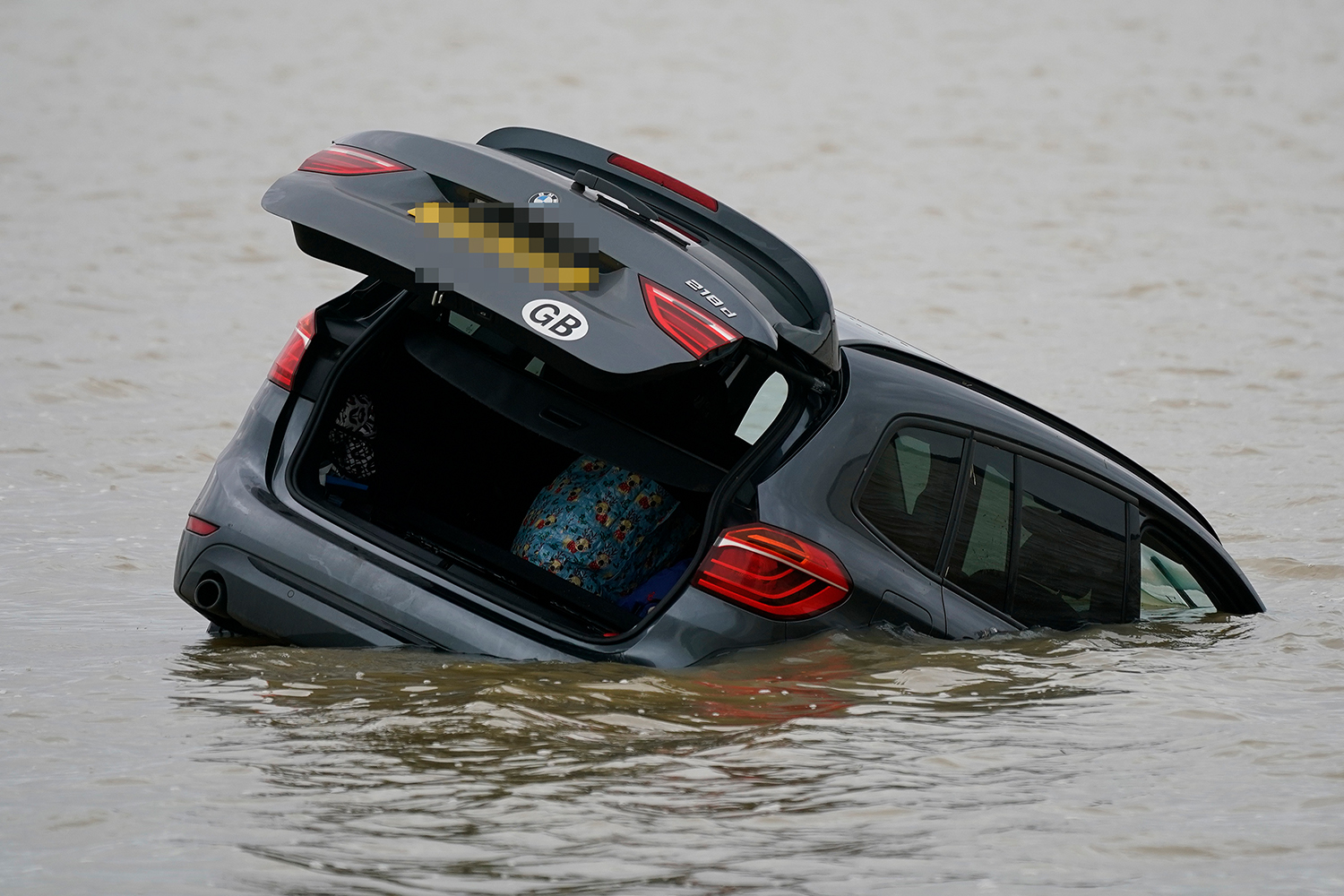 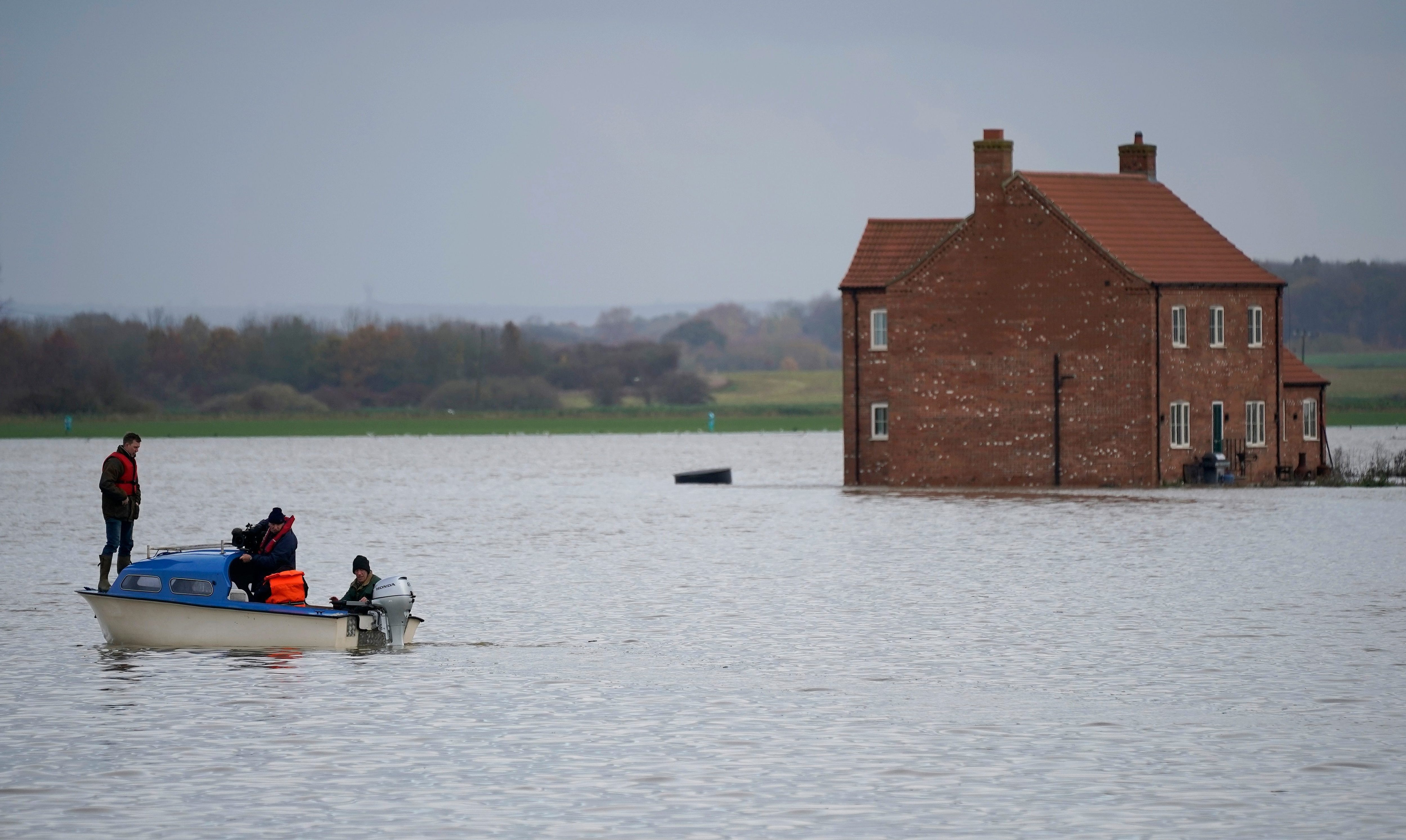 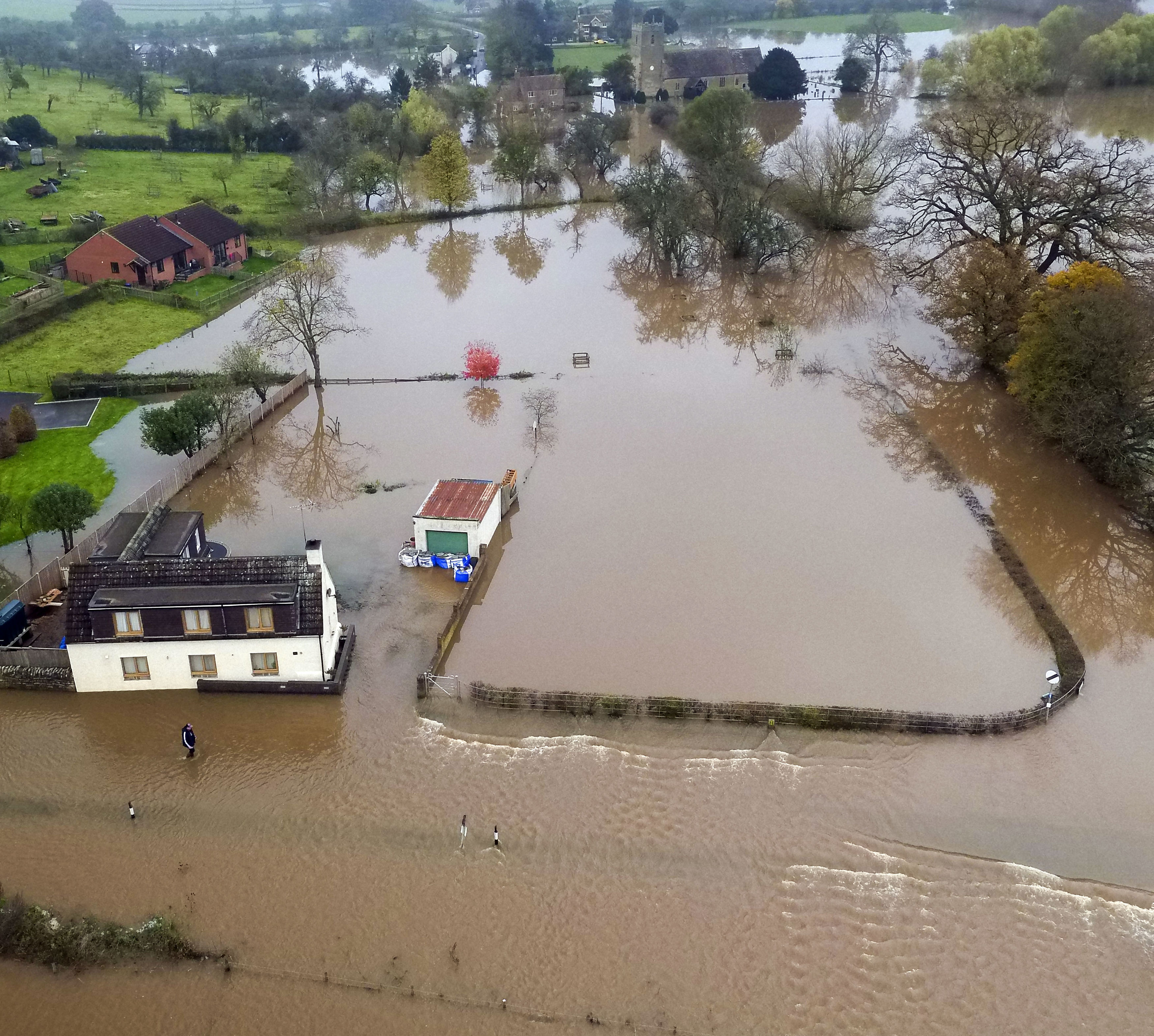