Forecasters today issued a yellow severe weather warning for wind due to blast the UK on Friday – as further chaos brings a treacherous week of ice, rain and snowfall to an end. 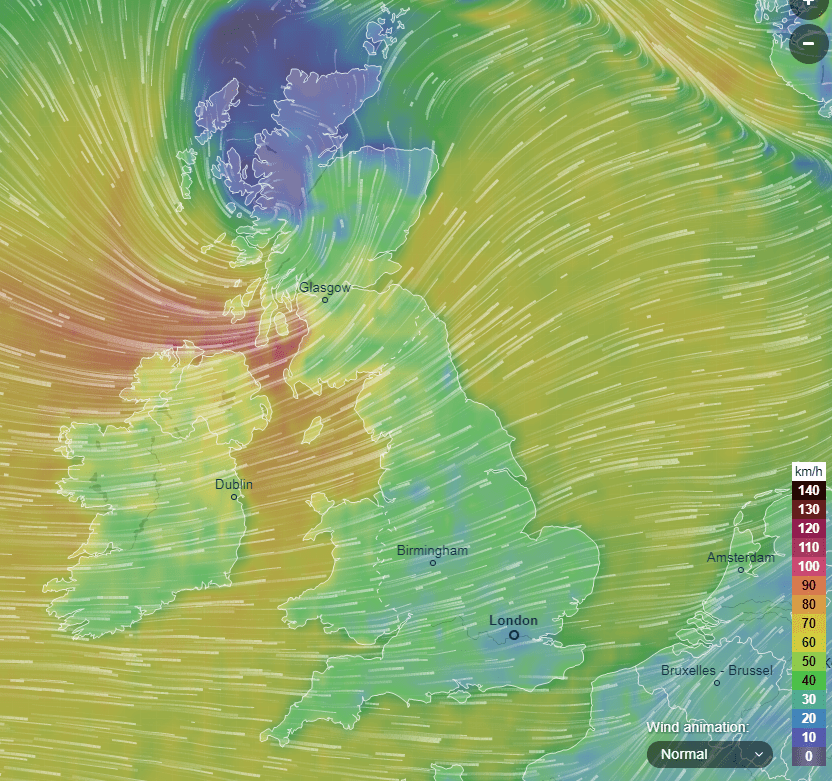 Today most Brits are expected to enjoy a sunny, crisp day – but the mild conditions won't last long.

Cold will dominate the weather agenda, after temperatures reached as low as -6C last night in Scotland.

The mercury crept up today in many parts of the UK, but in Scotland it will plummet further – with lows of -8C in the Highlands nearly 20C higher than a comparatively balmy 6C in Cornwall and parts of the south-west.

The clear nights could also be accompanied by snowfall – expected in the Peak District, the Pennines and the Cumbrian Fells in the Lake District overnight. 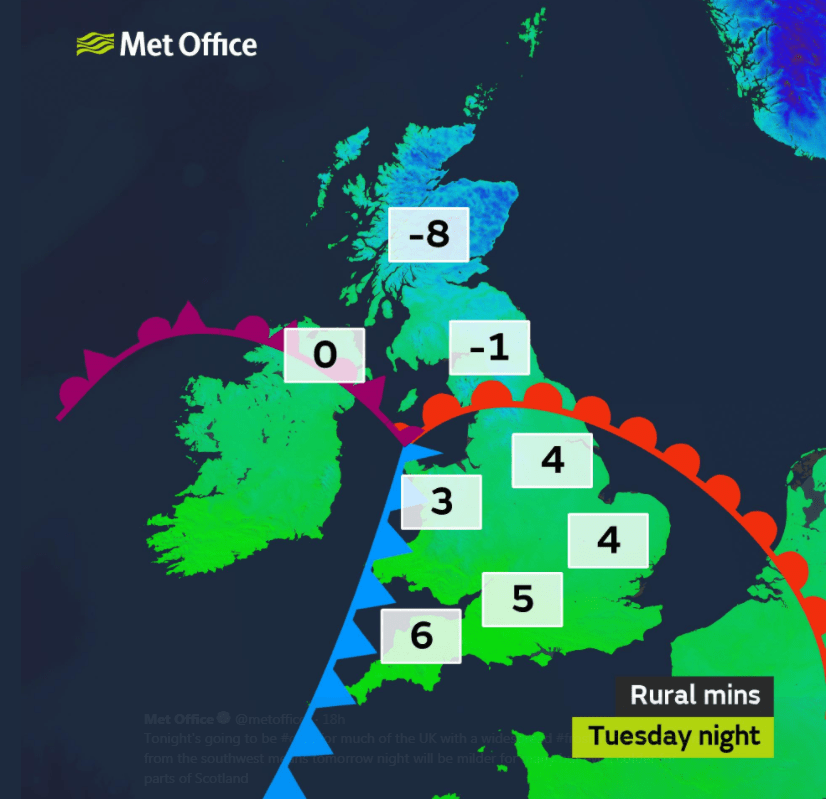 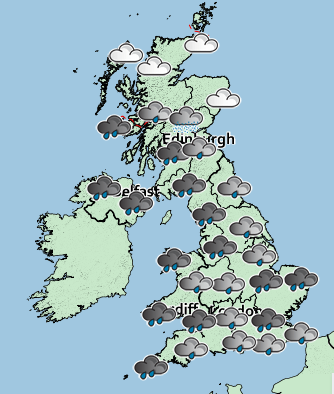 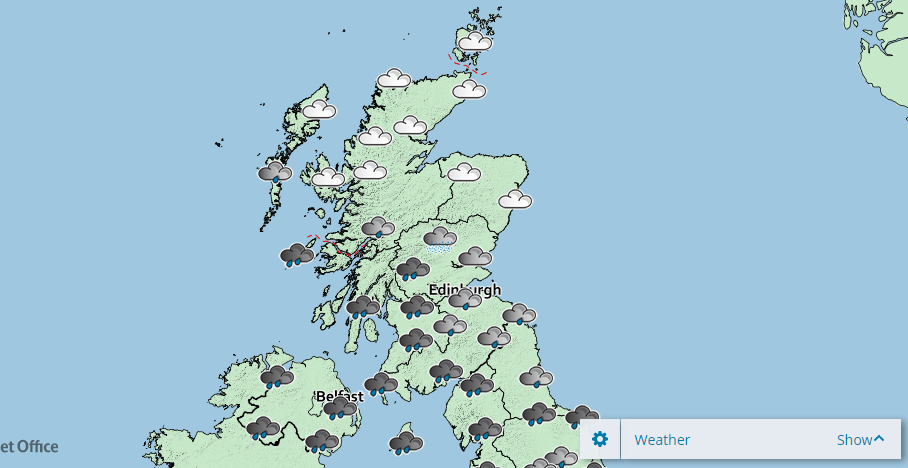 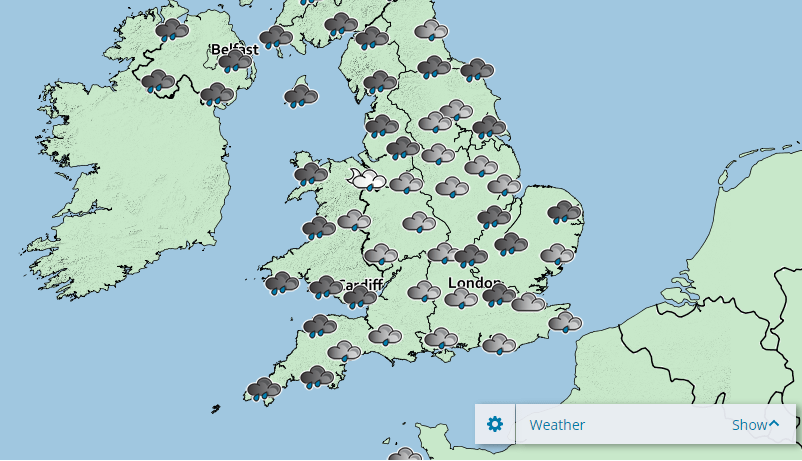 SPONSORED: Save £100s off your energy bill every year

Switchcraft finds the best deal for you – and continues to switch you on to cheaper deals, so you never have to do it yourself.

£5 cashback is paid into your bank account within 4 months of completing the switch. Pre-paid meter customers will receive a £5 Amazon voucher. Promotion ends 31/12/18. Open to those aged 18 and over. UK residents only. Click here for full T&Cs.

NewsUK has a brand partnership with Switchcraft.

Snowdonia in Wales as well as the Cairngorms and Southern Uplands in Scotland are also likely to see snow, with up to 8in forecast for the Highlands.

Weather warnings for ice in large parts of North England and Scotland have only just been lifted – only for similar areas of the UK to be hit by a severe wind weather warning on Friday.

These gales are set to wreak travel chaos across large swathes of Scotland, Northern Ireland – with inland gusts of up to 70mph and speeds of up to 80mph in more exposed areas.

The Met Office has warned of potential danger to life from flying debris, large waves and beach material thrown onto sea fronts, coastal roads and properties – as driving rain is expected to accompany the wind in many areas. 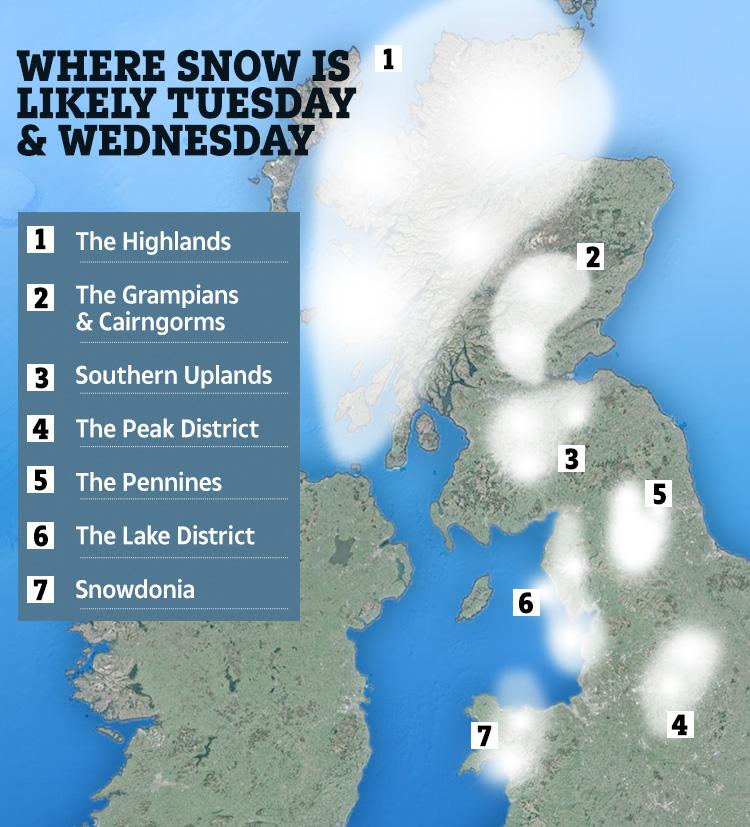 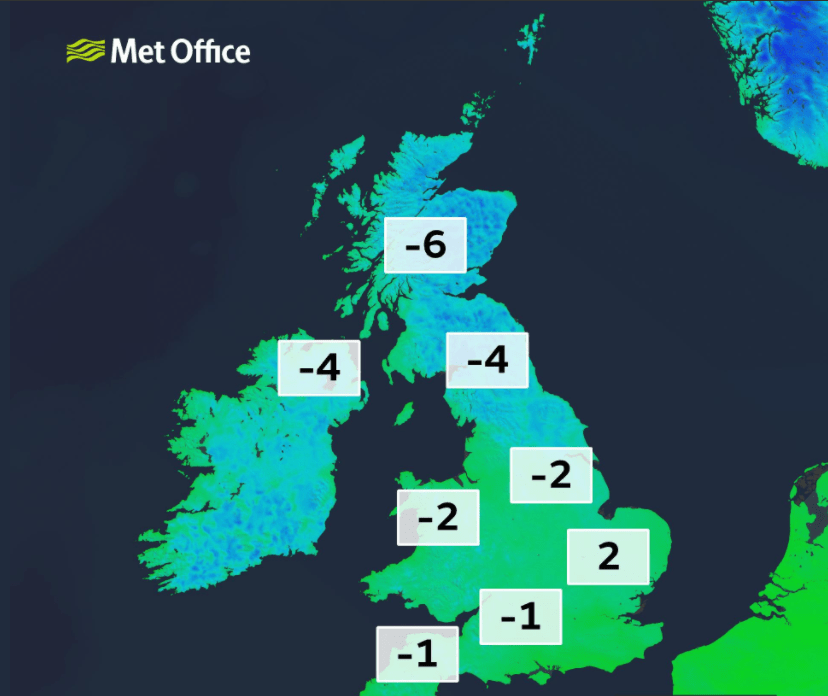 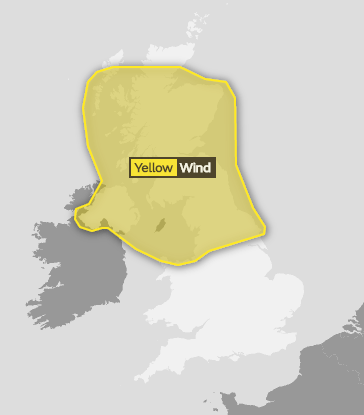 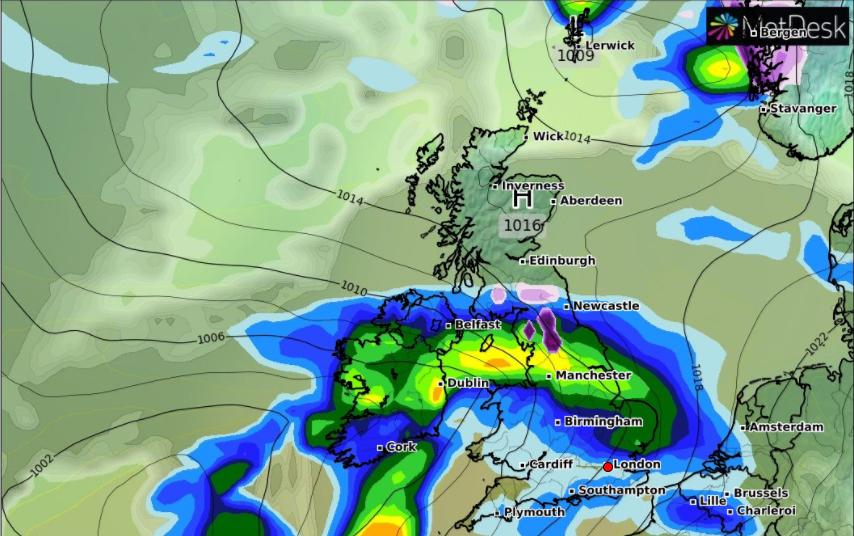 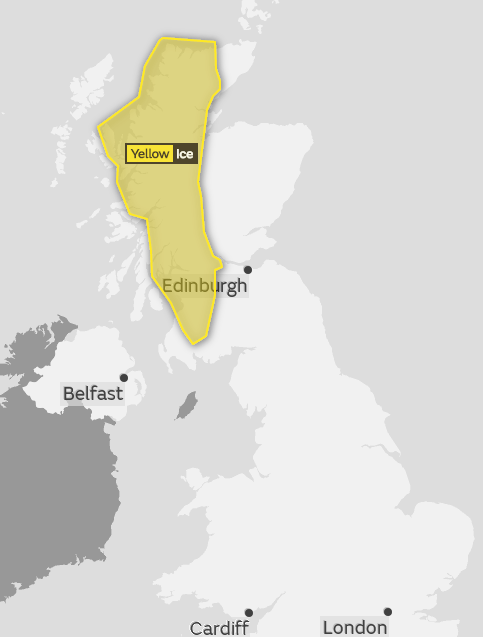 After a frosty start and a few early fog patches, the UK will be bright, rather cold and dry, apart from a few showers in northwest Scotland. Cloud will increase later from the southwest, bringing rain to Cornwall before dusk.

Rain will spread northeastwards from Cornwall, becoming heavy over south Wales, and perhaps turning to snow over the Pennines and Cumbrian Fells. Northern and eastern Scotland will be frosty.

Further rain will move eastwards across much of the UK, leaving sunshine and showers in the west. The exception will be northern Scotland, which will stay bright and cold.

Outlook for Thursday to Saturday:

Breezy with patchy rain on Thursday. Wet and very windy on Friday, with gales likely for many, perhaps severe on coasts and hills. Breezy on Saturday with sunshine and showers.

The Met Office warned of a "very windy Friday" but said the situation could change.

"Friday is looking very windy but keep your eye on the latest forecast, as we will be able to pin down the detail (i.e. the timing and location of the strongest winds) nearer the time; meaning the warning may change slightly over the coming days", they said.