A WOMAN has been killed by a falling tree as Britain is battered by 80mph gale-force winds.

The 60-year-old woman sadly died this morning in Aberdeen amid the "danger to life" amber wind alert – as Storm Malik wreaks havoc across the country. 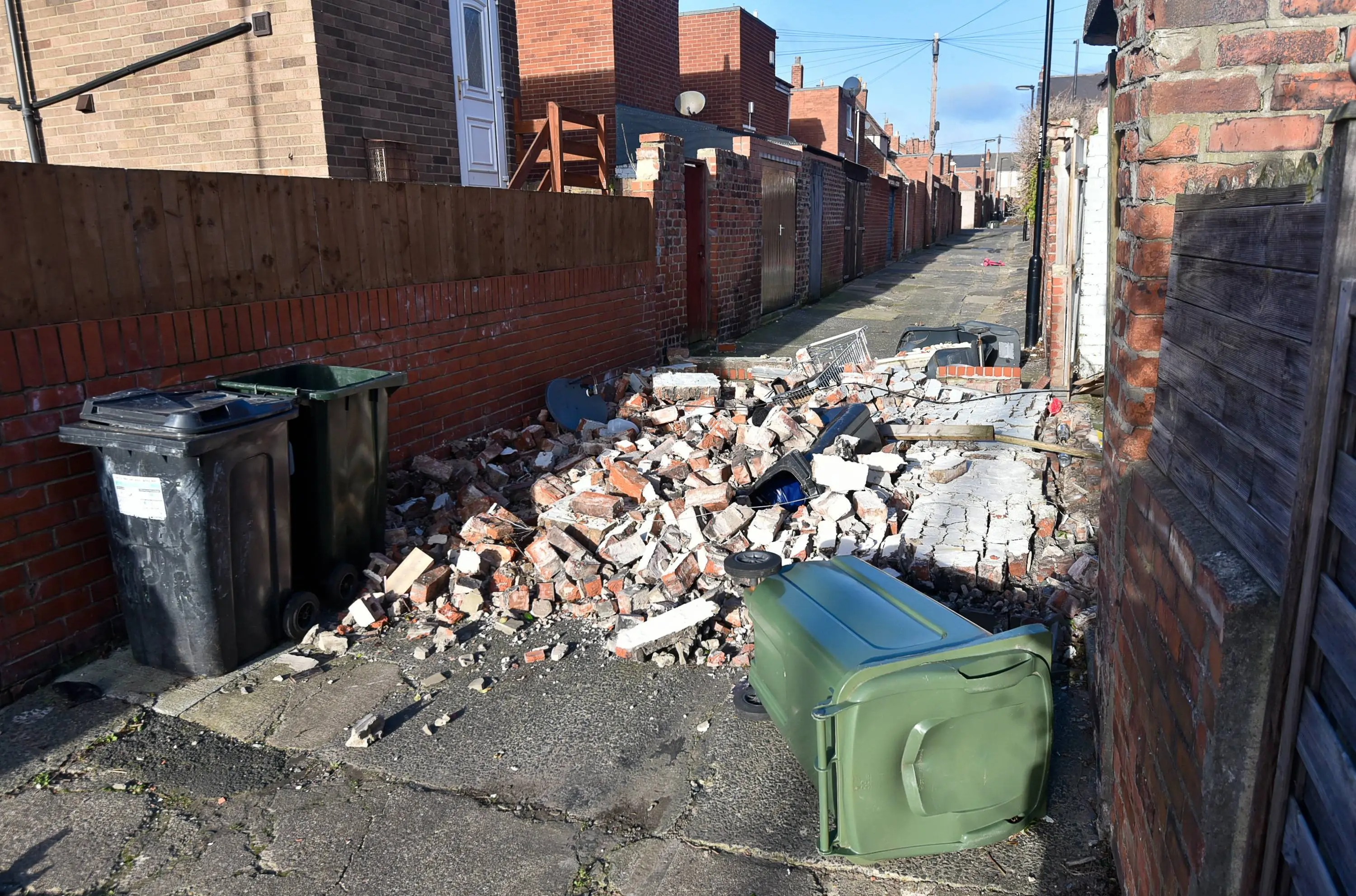 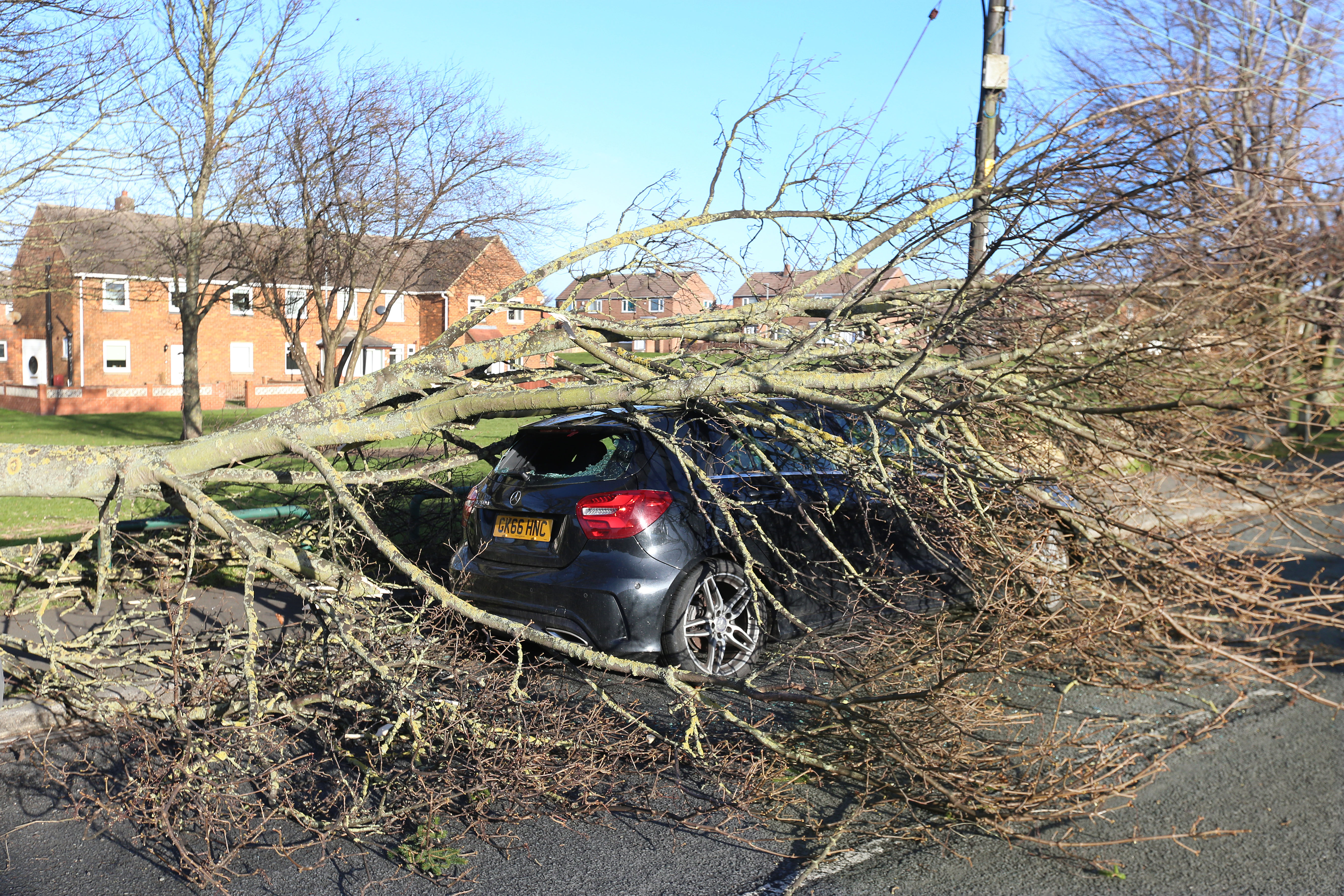 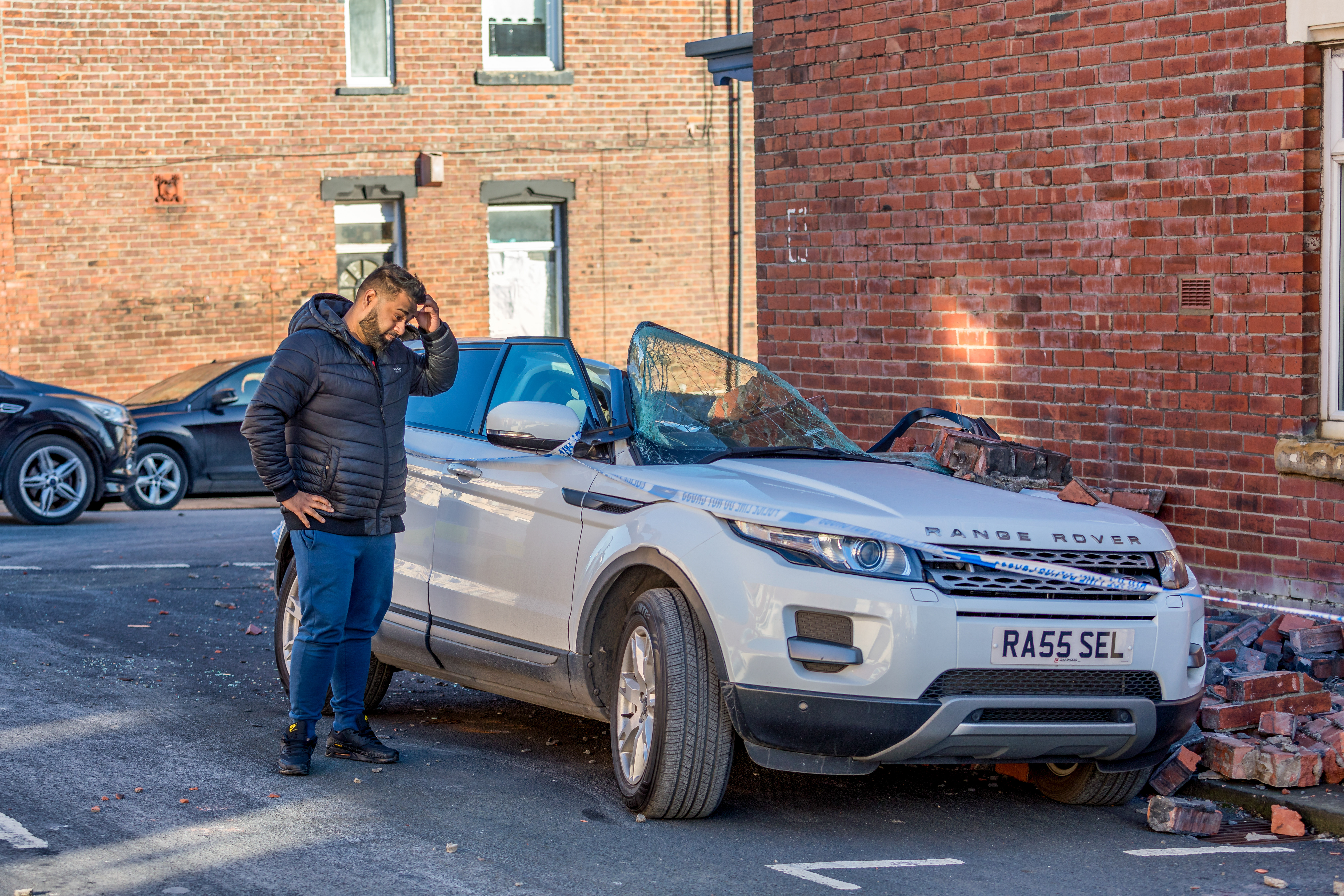 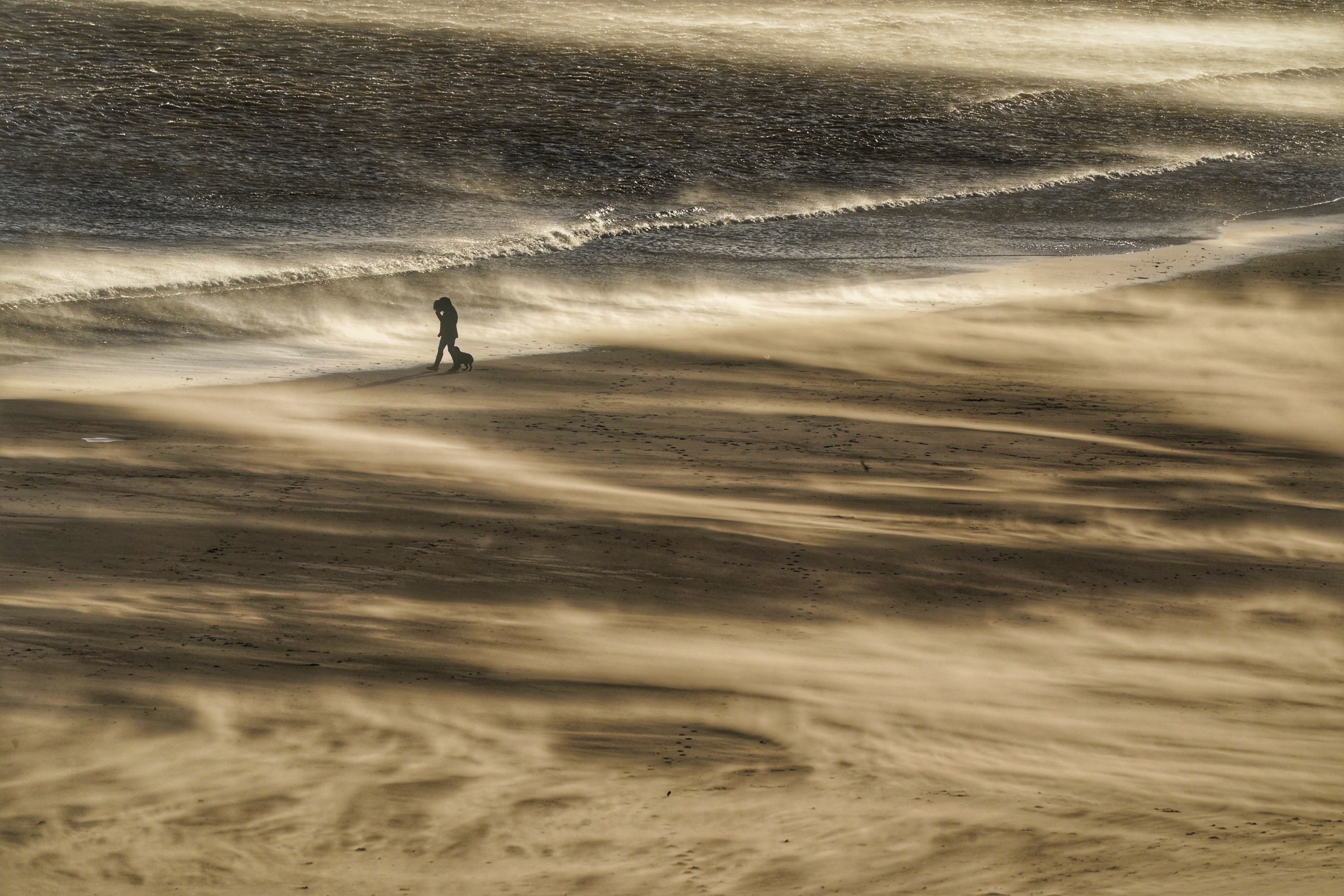 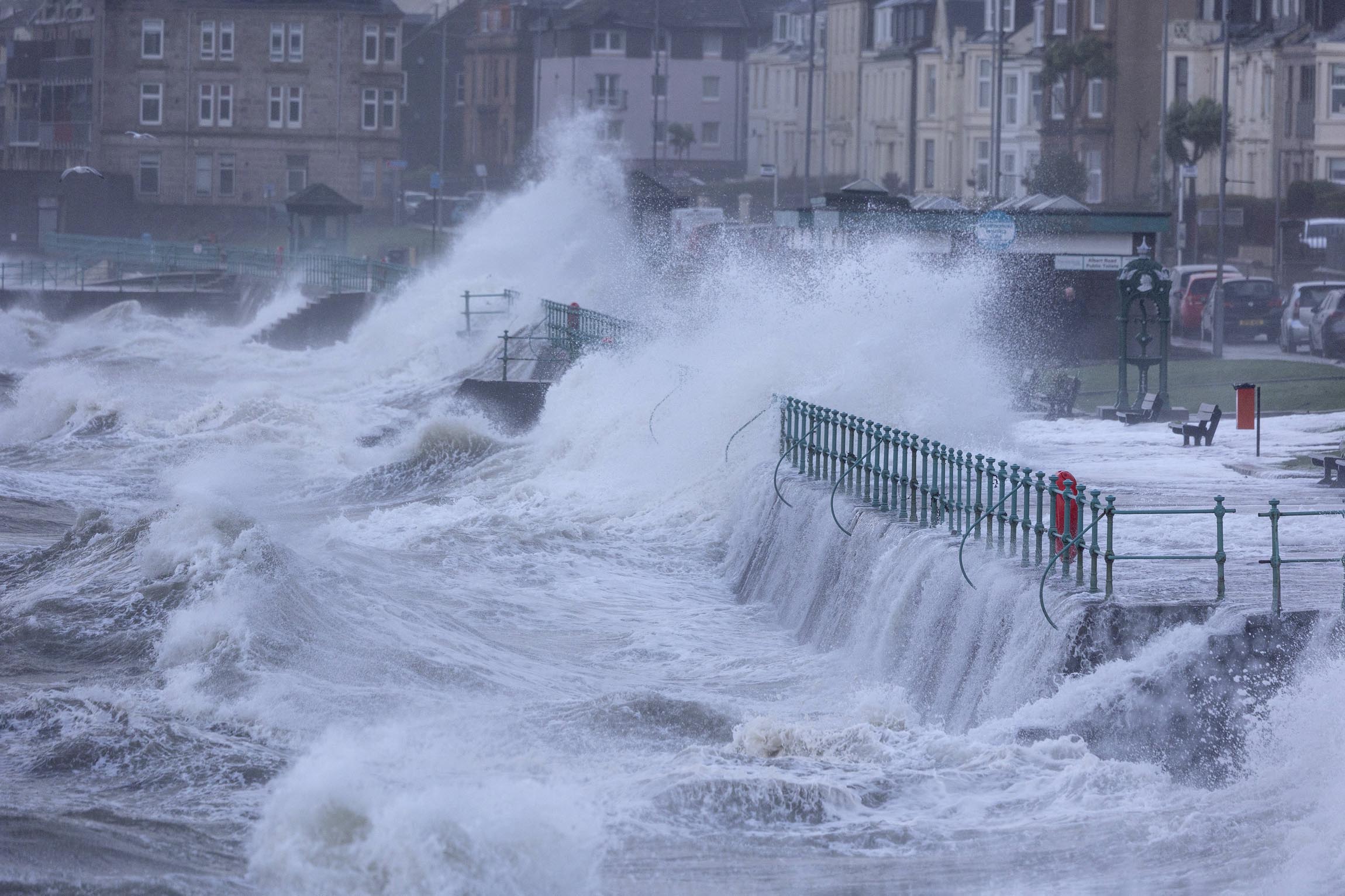 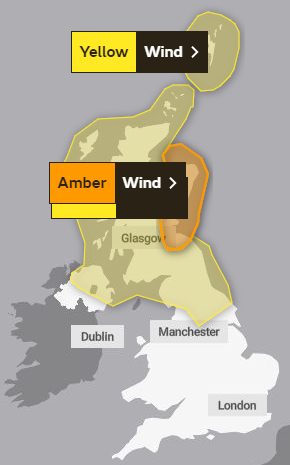 Meanwhile in South Shields, strong winds brought a wall crashing down on a dad-of-two's £25,000 Range Rover – with the debris missing him by seconds.

A Police Scotland spokesperson said: "Emergency services were called to Deveron Road in Aberdeen around 10.30am on Saturday 29th January to reports of a sudden death of a 60-year-old woman."

It's believed the tragedy struck as a tree was blown over during gale-force winds.

The amber alert covered vast parts of eastern Scotland, with the Met Office warning "injuries and danger to life could occur."

A yellow warning replaced the amber this afternoon – with alerts remaining in place through to Monday.

Restaurant boss Russel Choudary, 40, had just parked his car when a strong gust sent brinks plunging down onto his white Range Rover, completely crushing the roof.

He told MailOnline: "If I had moved it a minute earlier, I would have been killed.

"No sooner did I reach my front door, the bricks came crashing down. I could have been inside that car. It doesn't bear thinking about.

"There's no way I would have survived. I feel very lucky to be alive."

The dad had only had his car for two years.

Today's yellow warnings are set to continue into the new week.

Meanwhile, over 36,000 households are now without power in Northumberland and County Durham following extreme weather, according to Northern Powergrid.

Today, Britain will be battered by Storm Malik – while tomorrow Storm Corrie will take over.

Storm Corrie will bring high winds and wet weather to northern parts of the UK – with 90mph gales expected in coastal areas.

Gusts could reach up to 80mph in exposed coastal areas, but more widely 60mph as Storm Malik tracks eastwards towards Denmark.

"This follows just one day after Storm Malik moves though also bringing a spell of very strong winds.

“Storm Corrie will bring gusts of up to 90mph in exposed coastal locations in northern Scotland, with 70-80mph gusts more widely in the north.

"With back-to-back storms there could be updates to severe weather warnings, so keep an eye on the Met Office forecast.”

As both storms move on towards the end of Monday, it will remain blustery through the start of the week with occasional spells of rain in Britain.

Met Office Chief Meteorologist Paul Gundersen said: “The impacts of Storm Malik are going to be greatest in Denmark on Sunday, but the track of the storm in the preceding hours means that the UK will be dealt a glancing blow as Malik moves eastwards on Saturday.

“For those in the north of the UK there will be high winds and rain on Saturday, with showers possibly turning wintry in the high ground in the north.

"The highest winds are expected in exposed coastal areas in the north and east of Scotland, but it will be a windy day for most.”

Three urgent weather warnings are in place across Britain today.

One, a yellow warning, is expected to cover Northern Ireland, Scotland and northern England, from 4am.

Another, covering the Shetland Islands, has been issued for 12pm until 8pm.

Scotland's amber warning is set to last from 7am to 3pm, with travel chaos expected.

Some short term loss of power in affected areas is likely – while injuries and danger to life could occur from flying debris, the Met Office warned.

And damage to buildings may happen, as tiles blow from roofs during the gale-force winds.

The disruption is set to continue over the next three days, with yellow wind warnings continuing across central and northern parts of the UK until Monday.

And it seems February is shaping up to be a turbulent month with the elements, as a mix of wet, and windy weather with snow cause chaos.

Met forecaster James Madden said cold and snow will approach from the north during the beginning of the month, with wintry downpours potentially reaching the capital.

Long-range predictions are suggesting that snow could fall in northern regions if the freezing temperatures continue.

The risk of snow could last until at least February 11, according to forecasts, after parts of the country are soaked by rain and the white stuff.

John Hammond, chief meteorologist for Weathertrending said: "There are signs of a more lively start to February – it looks wetter and windier at times than for much of the previous month.

"We may see colder weather start to make more definite inroads from the north through the early days of the new month, turning some of that rain to snow." 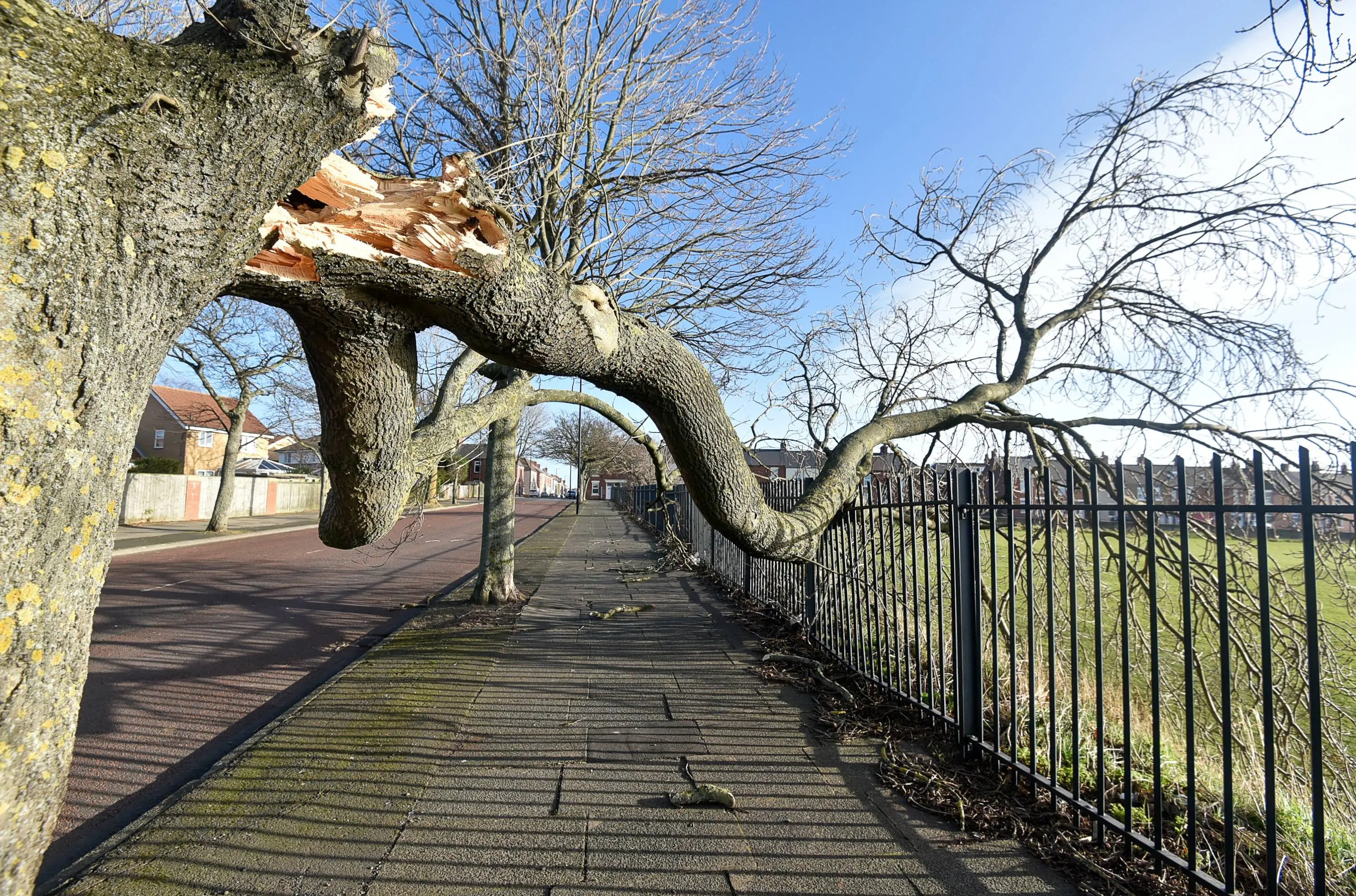 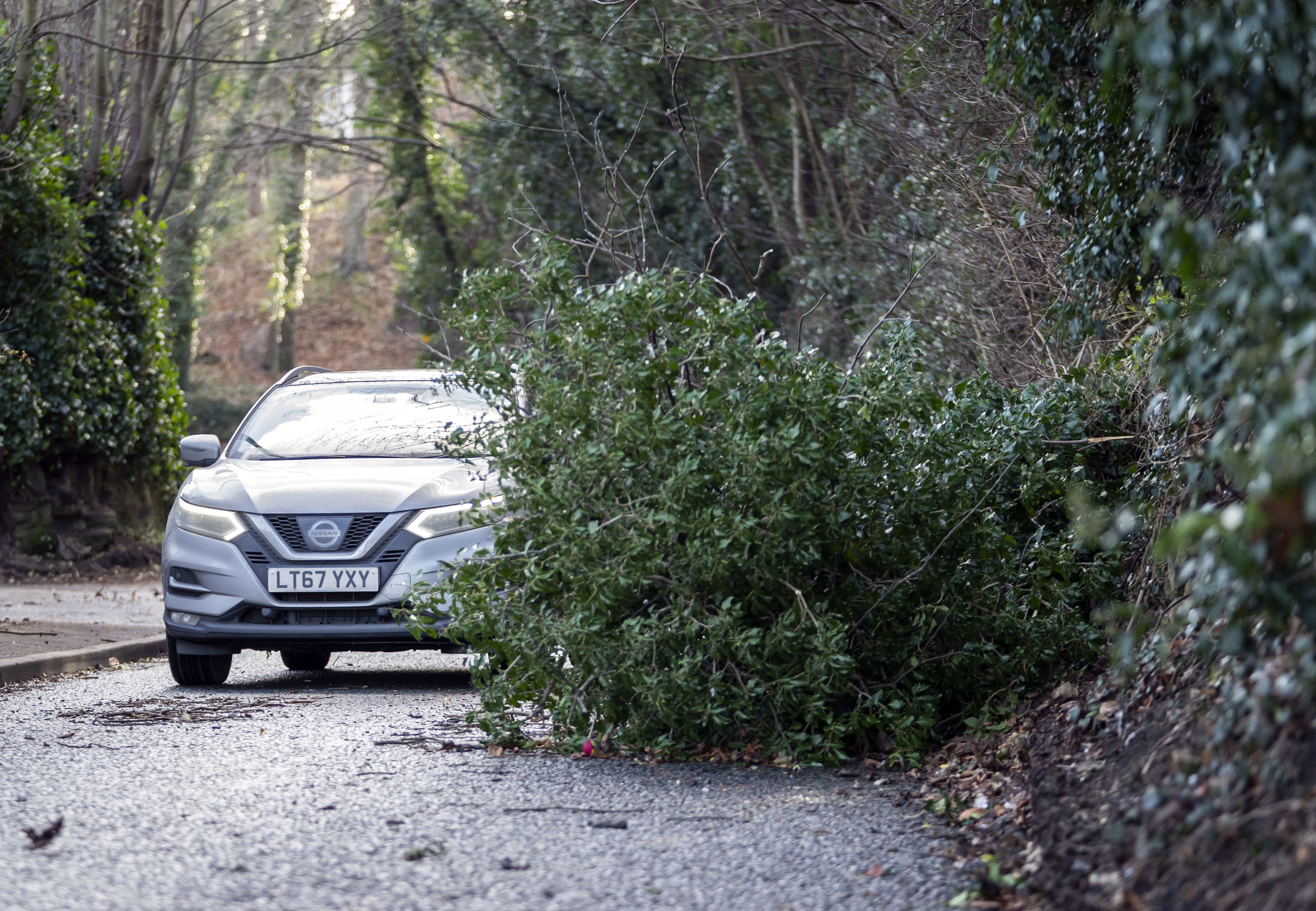 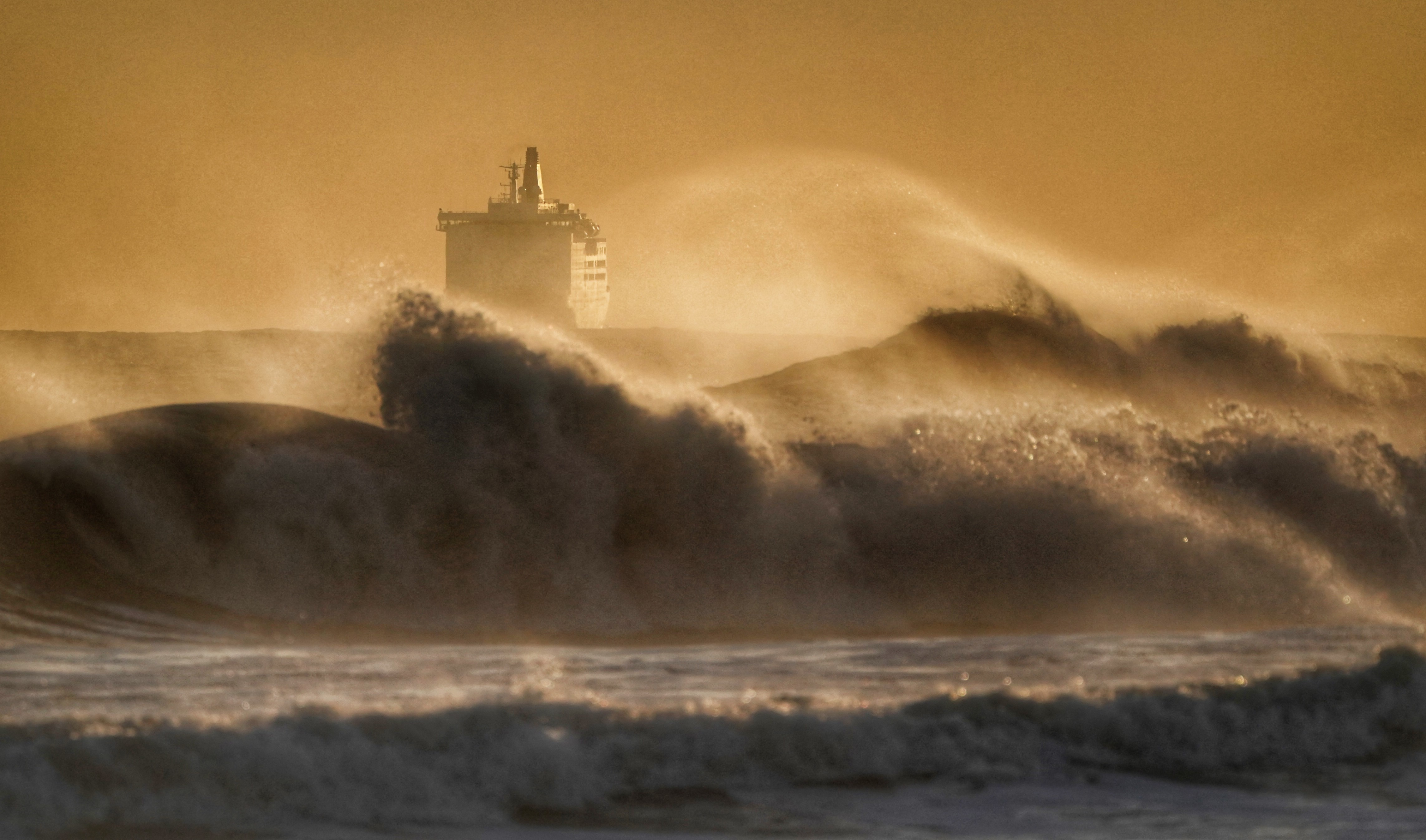