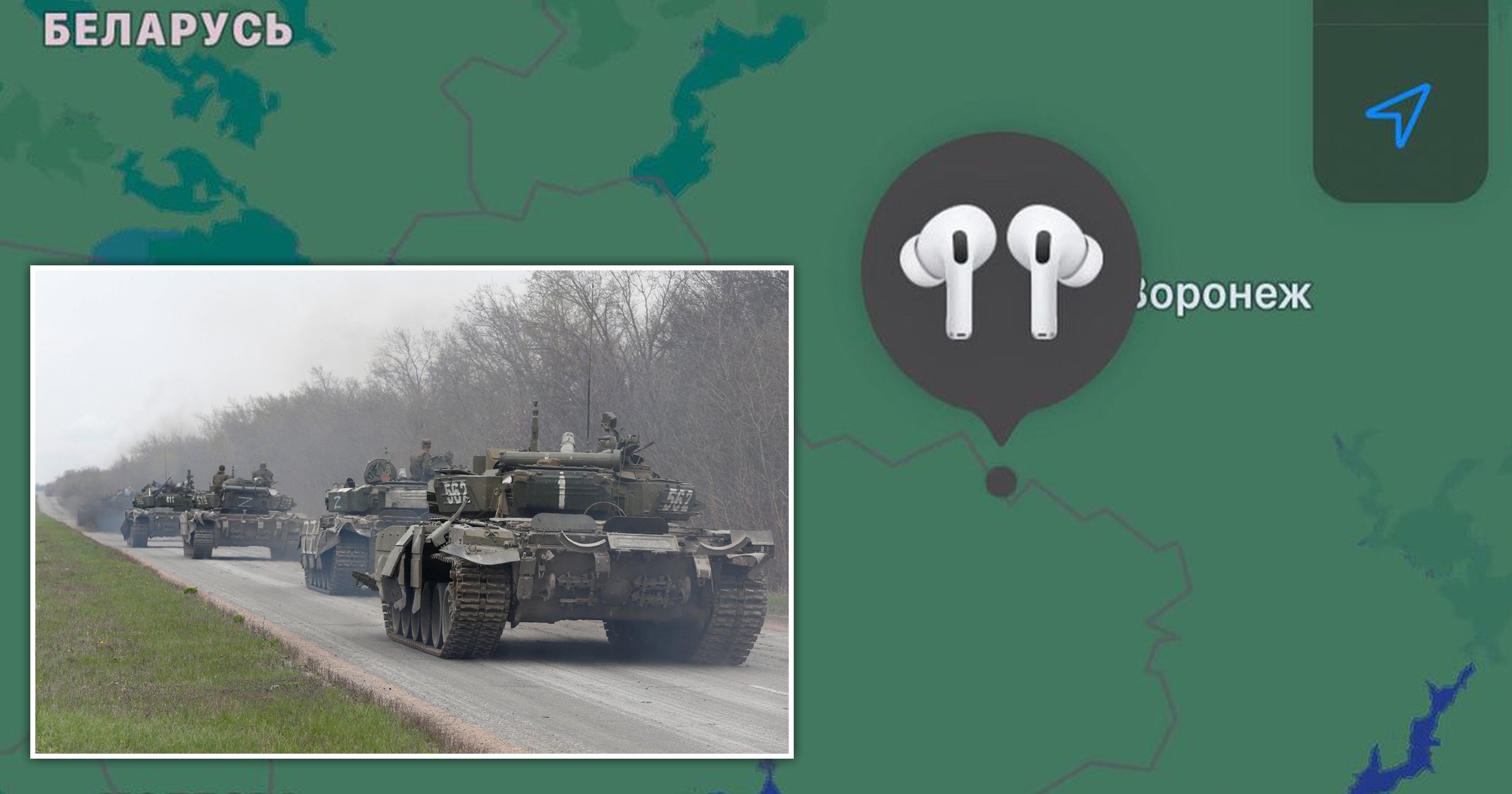 A man was able to watch Russian soldiers get redeployed in real time by tracking the AirPods they had stolen from his house.

There have been multiple reports about Vladimir Putin’s troops looting houses and stores in Ukraine since Moscow invaded the country on February 24.

Ukrainian Vitaliy Semenets added to these testimonies when he said soldiers came to his home in the city of Hostomel, just north-west of Kyiv, and took his AirPods – which can cost up to £200.

But, like many Apple users, Mr Semenets had his AirPods connected to the FindMy app on his phone.

And as an unintended consequence, Mr Semenets was able to watch the 550-mile journey Moscow’s troops made as they moved towards the east of Ukraine.

Mr Semenets tracked the military leaving the area around Kyiv, crossing the border into Belarus and ending in the Russian city of Belgorod last week.

Belgorod is believed to be the place where Putin is assembling his soldiers to fight for the separatist region of Donbas. 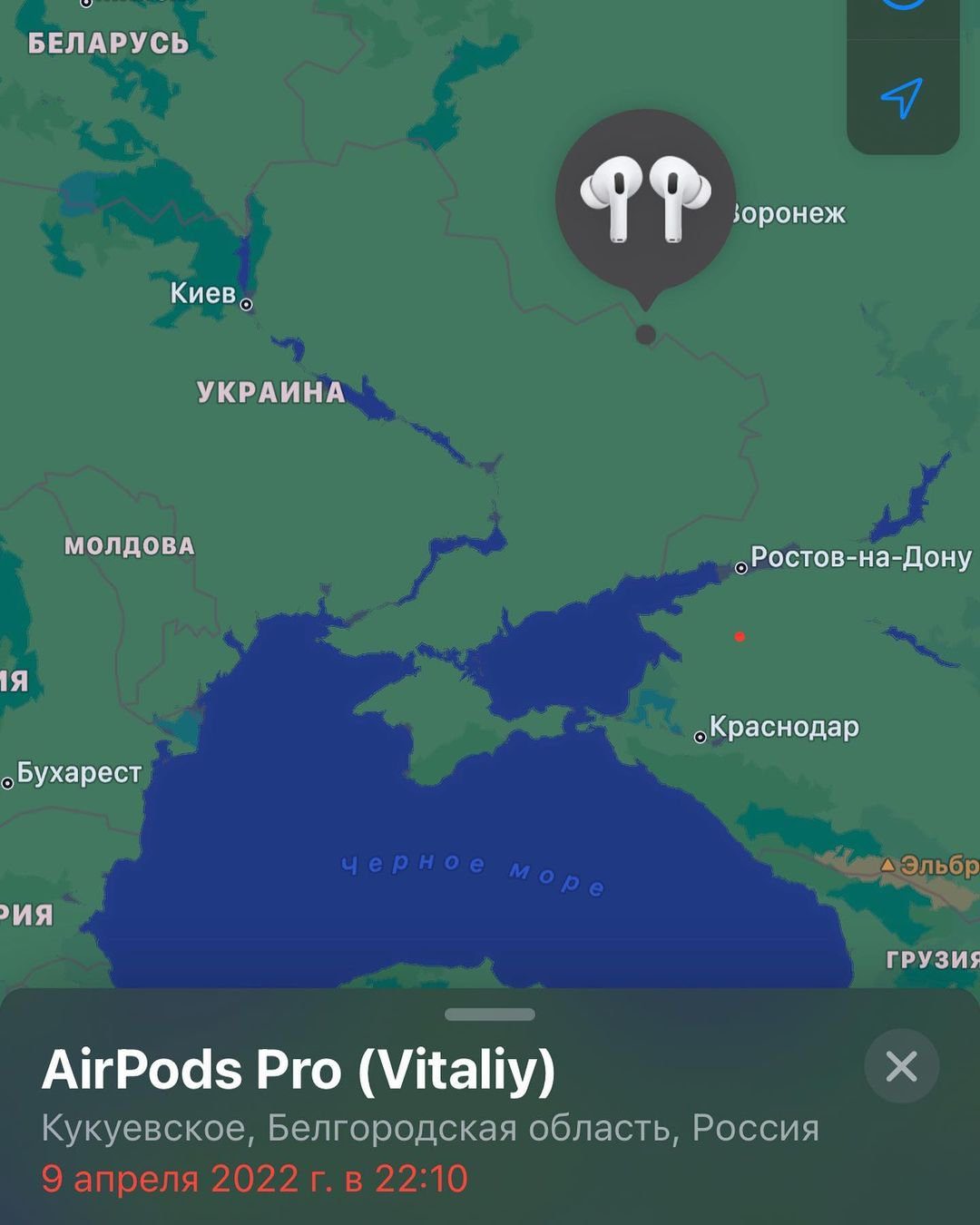 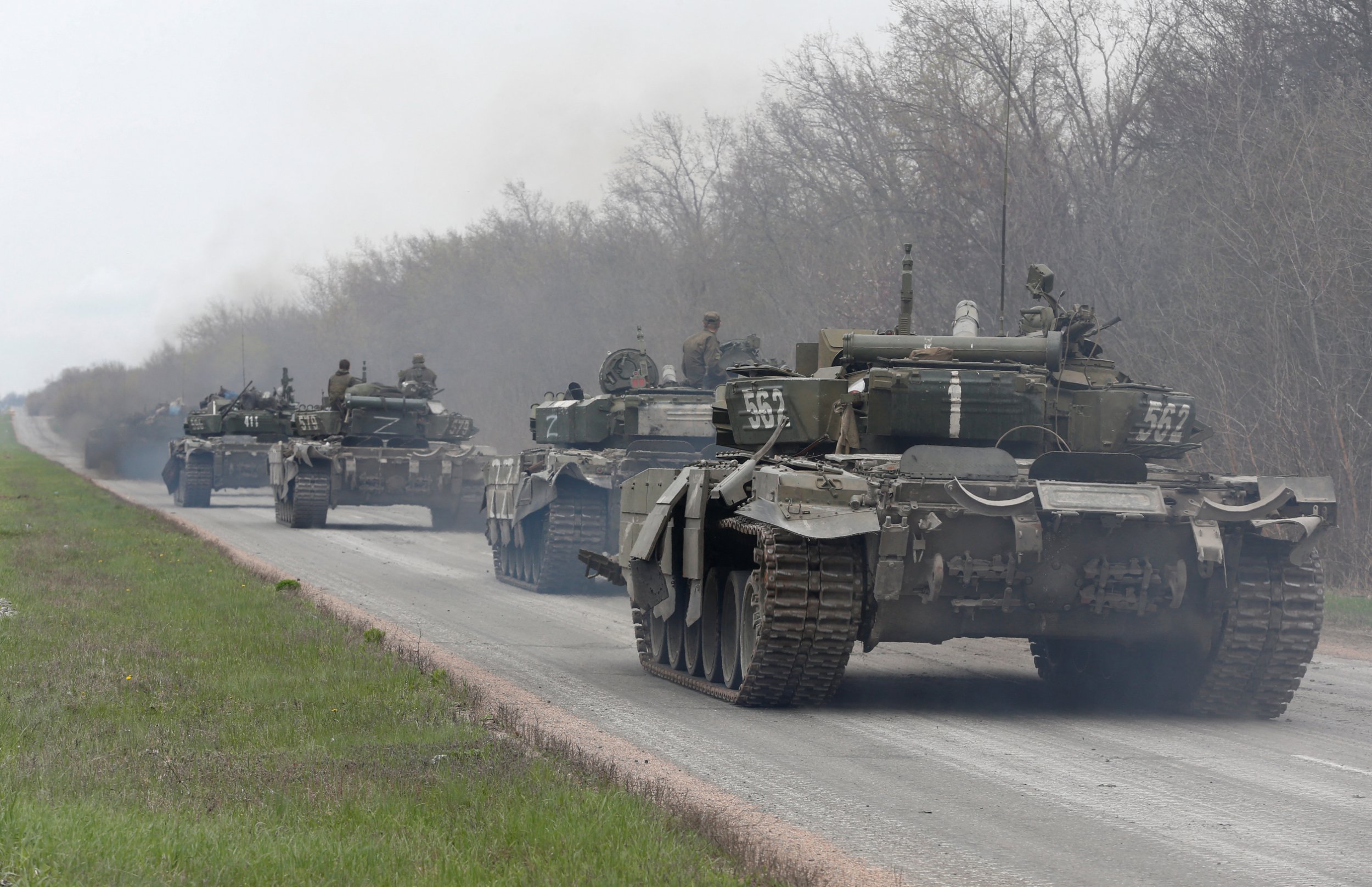 This marks the start of the second phase of the war, as Putin has seemingly failed to take Kyiv.

He has now moved his sights onto parts of the country which he has previously recognised as independent from Ukraine – the self-proclaimed Luhansk and Donetsk People’s Republics.

Mr Zelensky said in a televised address: ‘Now we can already state that the Russian troops have begun the battle for the Donbas, for which they have been preparing for a long time.

‘No matter how many Russian troops are driven there, we will fight. We will defend ourselves. We will do it every day.’ 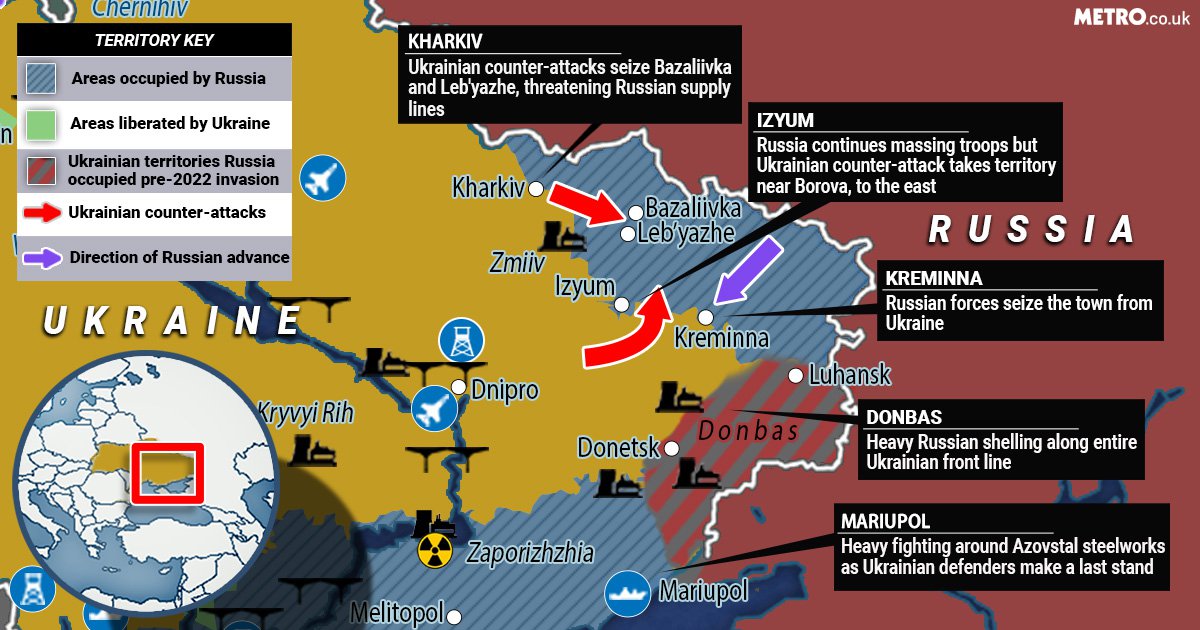 The UK has responded with a promise to ‘step up’ the number of weapons it is giving to Ukraine.

Britain will send UK-manufactured armoured missile launchers over while the US has approved $800 million (£610m) in military assistance for Ukraine, including artillery and helicopters, to bolster its defences.

Pro-Moscow forces have held parts of the Donetsk and Luhansk oblasts – collectively known as the Donbas – since 2014, along with the Crimean peninsula.