DEFIANT Kyiv residents return to the city’s riverside beaches as their beleaguered nation faced the threat of a Russian cruise missile blitz.

Dozens relaxed on the sand while others took a dip in the Dnieper river despite ongoing bombardments at Kharkiv and Dnipro in the country’s north and centre. 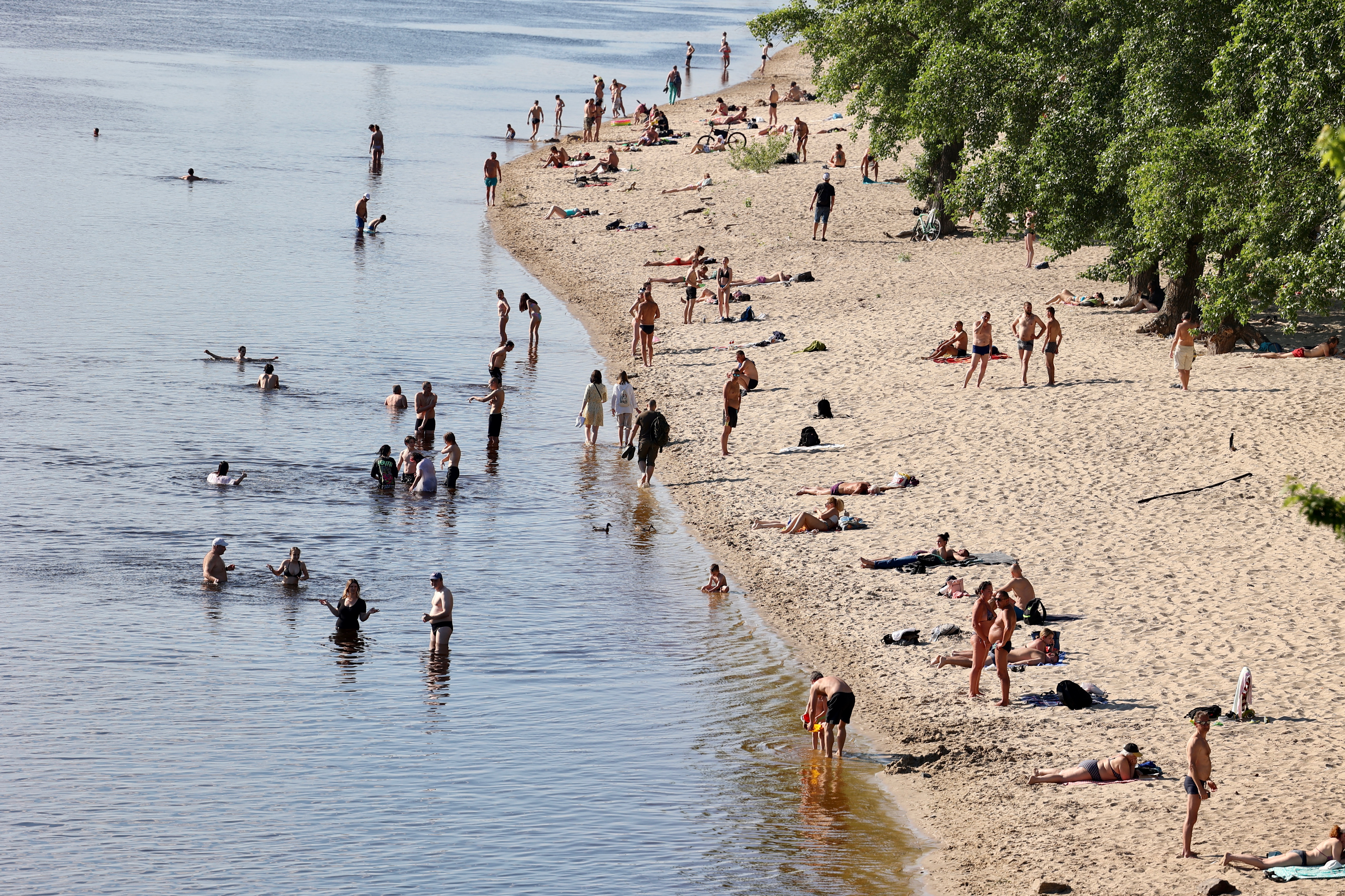 Sophia Misiac, 18, who fled Kyiv in February to escape an onslaught, said: “It feels incredible to be back.

"I missed Kyiv and my home so much.”

Pal Sophia Alexeiyenko, 18, said: “I feel safe here now. It feels no different to before.”

Ukraine’s Interior Minister Denys Monastyrsky said yesterday there was no danger of an attack on the capital, but warned a threat could quickly emerge.

Russia’s navy is said to have 40 cruise missiles aimed at Ukraine and has warned of “increased attacks”.

Western officials said 20,000 Russians have died in the war so far. 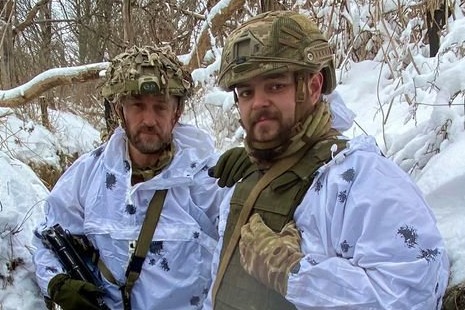 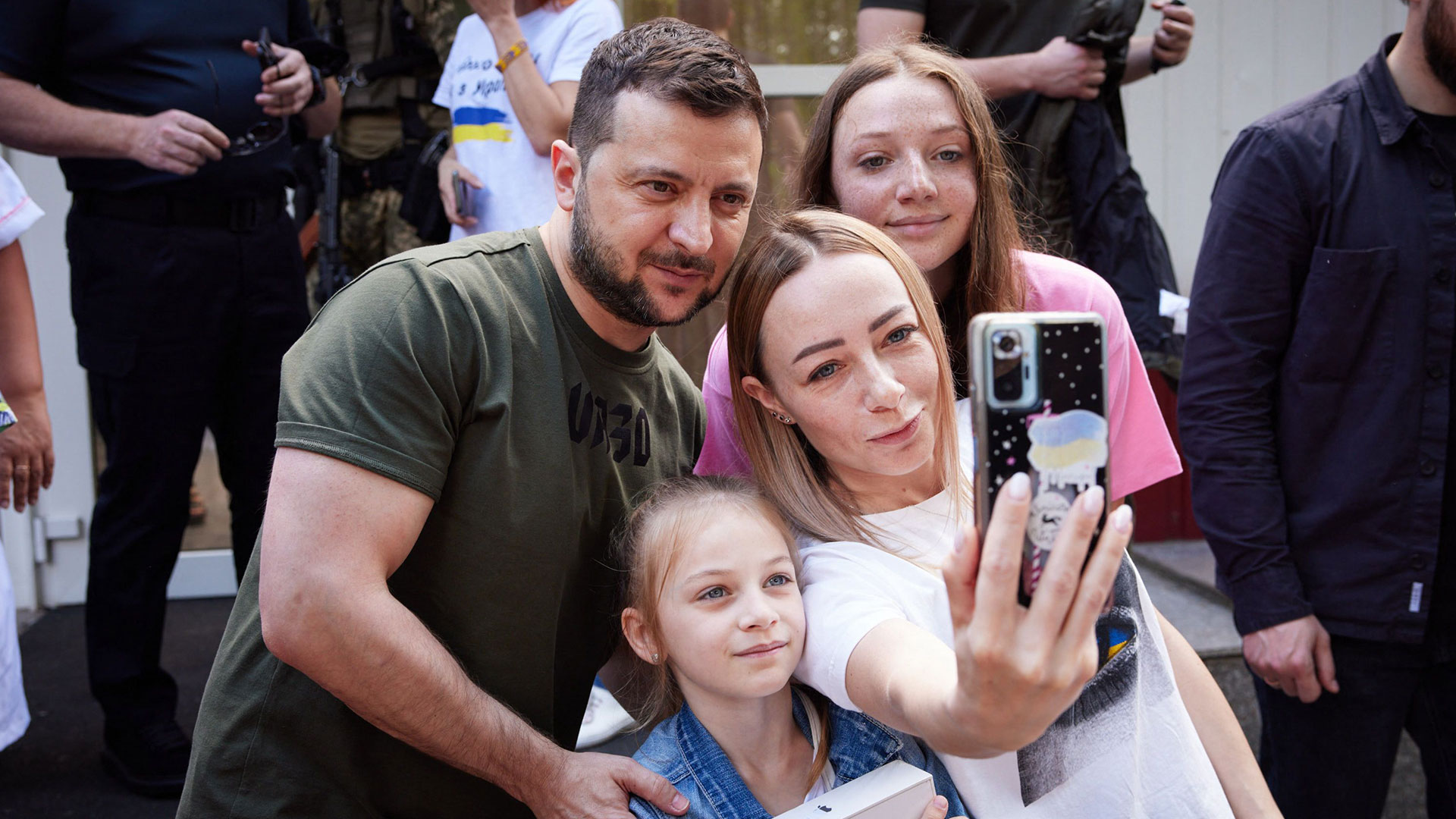 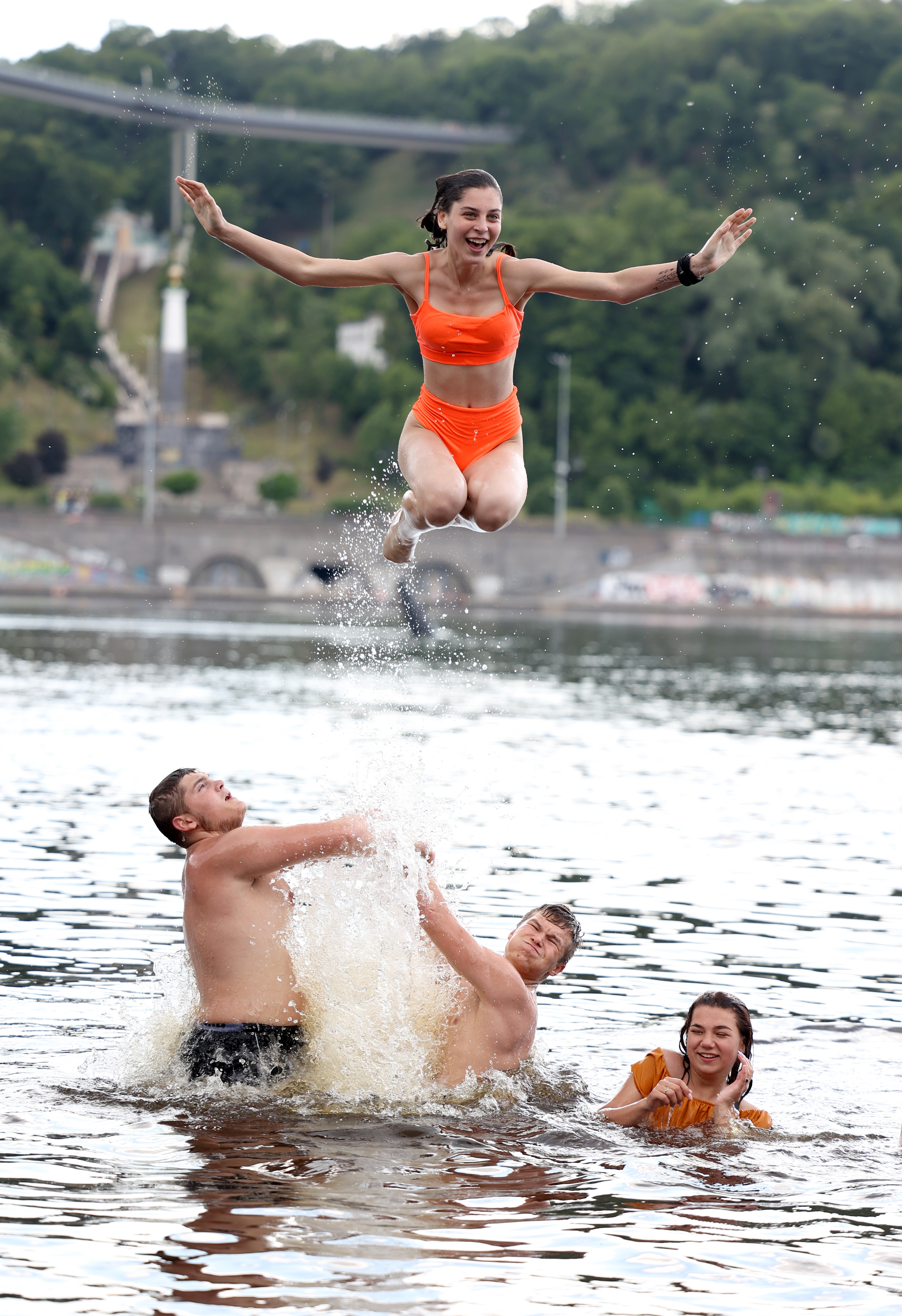 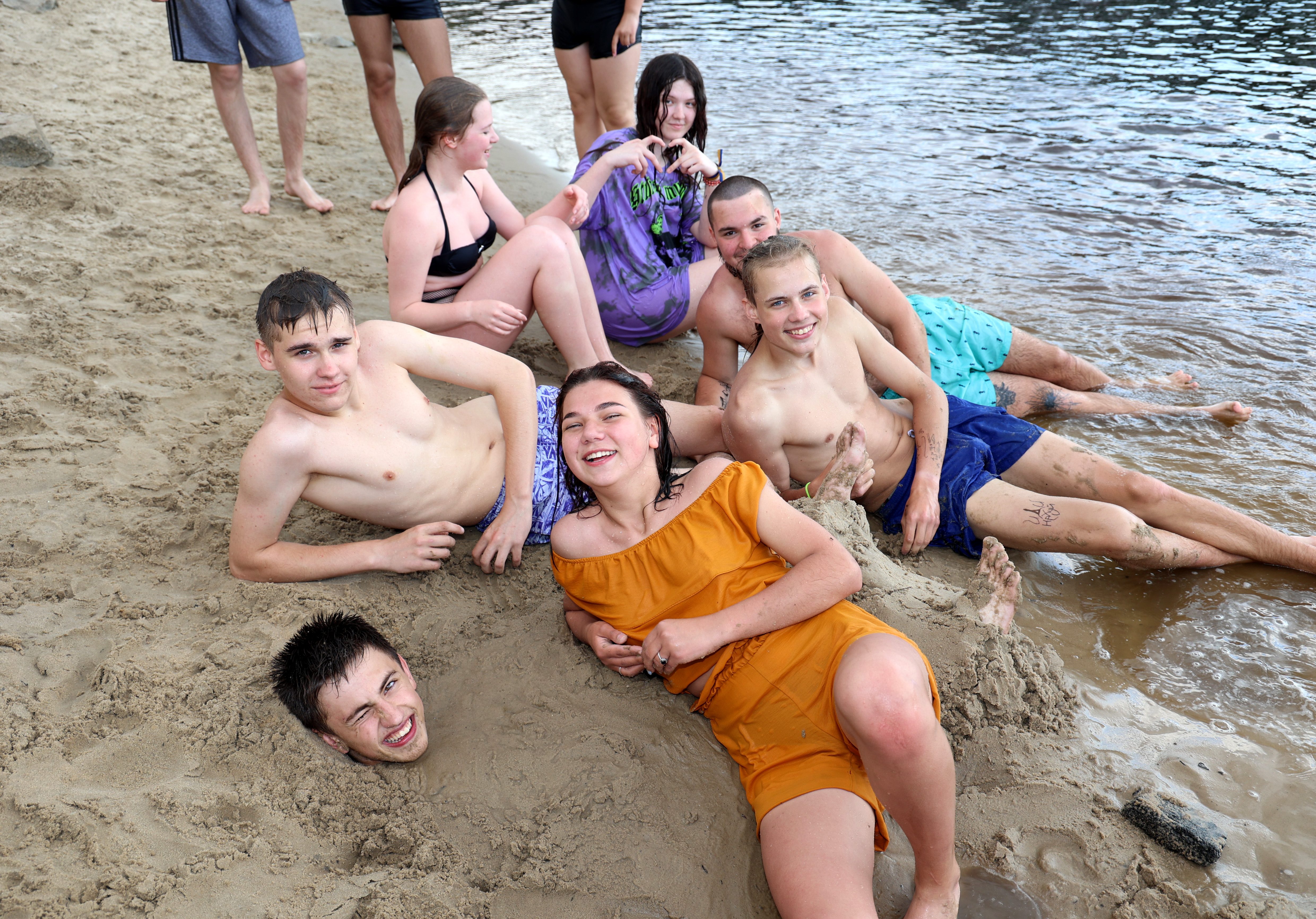 He replied: “We do it together”.

The pair patted each other on the back before holding talks about what more the UK can do to help Ukraine hold back Russian forces.

The President said the war had highlighted who their “real friends” are, adding: “Arms, money, and sanctions – these are three things in which Great Britain consistently demonstrates its leadership.”

The slogan on the stamps has become a symbol of resistance since it was used by defenders of a Ukrainian island attacked by Russians in the Black Sea.