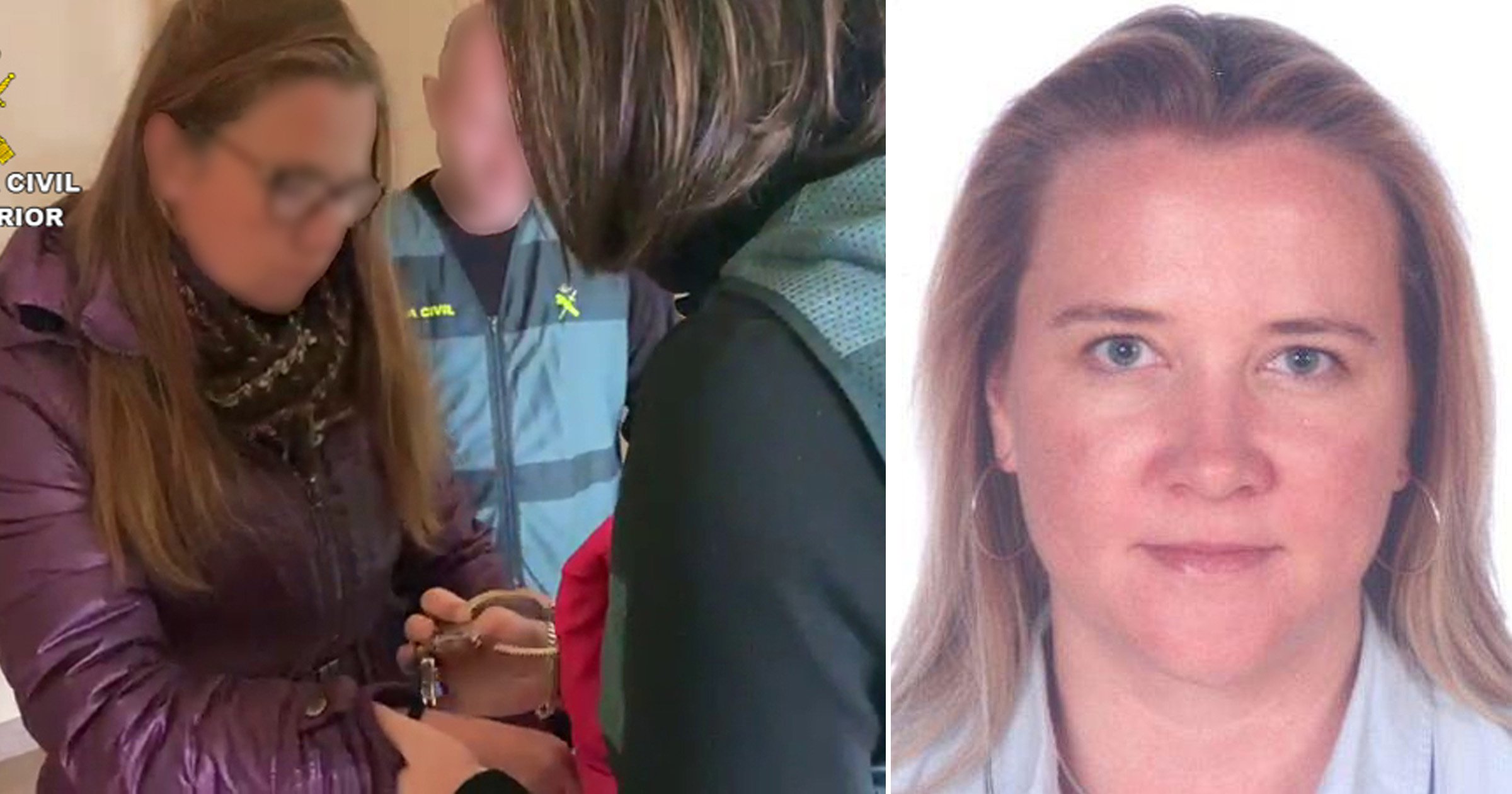 The UK’s ‘most wanted woman’ will be flown back to Britain to serve a prison sentence.

Sarah Panitzke, 48, had pleaded with Spanish judges to reject an extradition application which would have led to her being made to serve her jail time in the UK.

She had demanded the right to be able to serve her sentence in Spain given her strong links to her ‘adopted homeland.’

Her lawyers also said her husband, who also lives in Spain, has a life expectancy of just 10 years due to a liver transplant.

They argued he would be unable to visit her in the UK if she was extradited.

But judges denied the claim and the 48-year-old will soon be flown back to Britain to complete her prison sentence.

The date for her return has not yet been set.

Panitzke had been accused of laundering money through companies in Spain, Andorra and Dubai for a group that bought mobile phones abroad without VAT and resold them in the UK.

She had previously evaded police capture for years.

The fraudster vanished in May 2013 while she faced trial over an elaborate money laundering scam.

She was convicted and sentenced in her absence to eight years in prison.

Panitzke, originally from Fulford near York, had been traced to a town near Barcelona back in 2015.

But she managed to flee in disguise after she caught wind of the looming police operation.

Authorities again caught up with the fugitive in February – this time in the small Spanish town of Santa Barbara in Tarragona.

After weeks of surveillance, the 48-year-old was arrested by an elite police team while out walking her dogs.

Panitze’s high-profile arrest in February had made headlines in Spain and the UK, as she was the only woman on the National Crime Agency’s Most Wanted List.

Today it emerged she had been living for seven years before her arrest with the fake ID for a ‘Antonietta Argiulo’.

She had evaded police capture in a three-bed maisonette on the outskirts of the town of Santa Barbara in the province of Tarragona.

Panitzke had attended the York College for Girls before moving on to fee-paying St Peter’s School.

She studied Spanish at Manchester Metropolitan University before going on to a master’s degree in Barcelona in Business Management.

‘Sarah Panitzke was one of Britain’s most wanted tax fugitives.

‘She played a pivotal role in a multimillion-pound VAT fraud and moved millions through offshore bank accounts.

‘Panitzke thought she had put herself outside of the reach of HMRC, but through our work with UK law enforcement and international partners we have tracked down another tax fugitive.

‘No tax criminal is beyond our reach.’

Got a story? Get in touch with our news team by emailing us at [email protected] Or you can submit your videos and pictures here.