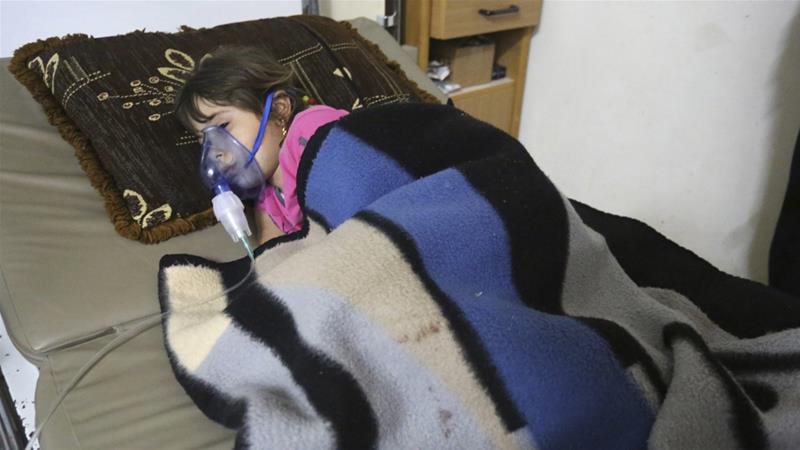 The United Nations is investigating reports that chemical weapons were used in rebel-held areas of Syria, as Russia blocked a Security Council statement condemning gas attacks in the war-ravaged country.

The UN Commission of Inquiry on the human rights situation in Syria said on Tuesday it had received “multiple reports – which it is now investigating – that bombs allegedly containing weaponised chlorine have been used in the town of Saraqeb in Idlib and in Douma in Eastern Ghouta”.

The investgation comes a day after UN representatives for the US and Russia clashed when Moscow blocked a Security Council statement condemning reported chlorine gas attacks in recent days.

“We have reports that [President Bashar al-] Assad’s regime has used chlorine gas against its people multiple times in recent weeks, including just yesterday,” said Nikki Haley, the US envoy, referring to Sunday’s alleged gas attack on the town of Saraqeb in the northwestern province of Idlib.

There have been reports of at least two other chemical weapons attacks since the start of the year, both on Eastern Ghouta – a suburb of the capital Damascus under the control of rebels.

“If we can’t even take the first step for establishing accountability for chemical weapons use, we have to seriously ask ourselves why we are here,” Haley said.

“The UN has not been able to produce anything besides reports. Even when it found that the Syrian regime was behind several chemical attacks the UN was not able to do anything,” Tannari told Al Jazeera.

“When the issue is with the Security Council it is always blocked by Russia. We do not expect anything from the UN due to Russia’s use of the veto multiple times to stop any decision being taken. We don’t expect any results.”

Russia, a close ally of President Assad, has shielded the Syrian regime from international condemnation over the alleged use of chemical weapons.

Since the start of the war in March 2011 – when peaceful anti-government protests erupted – Russia has vetoed 10 UN resolutions, the latest in November 2017.

The Security Council unanimously voted in 2015 to create a mission operated by the UN and the Organisation for the Prohibition of Chemical Weapons (OPCW) to investigate those responsible for poison gas attacks.

Syria has consistently denied involvement in gas attacks, saying it no longer possesses such weapons following a 2013 deal under which it pledged to surrender its chemical arsenal.

A separate investigative body, the UN Independent International Commission of Inquiry, found between March 2013 and March 2017 there were 25 documented incidents of chemical weapons use in Syria, 20 of which were perpetrated by the government and used primarily against civilians.

Attacks on Eastern Ghouta on August 21, 2013 killed an estimated 1,400 people and wounded thousands. Nearly five years later, more than 80 people were killed in another chemical attack on Khan Sheikhoun in Idlib province. 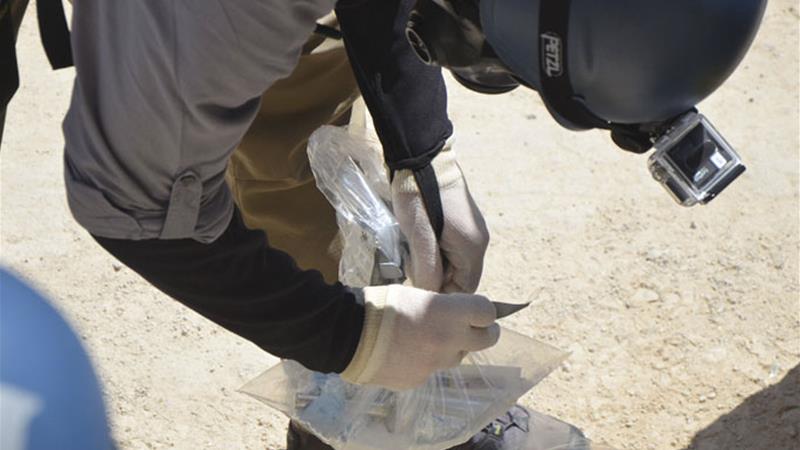