The SDF is trained and equipped by the US-led coalition. 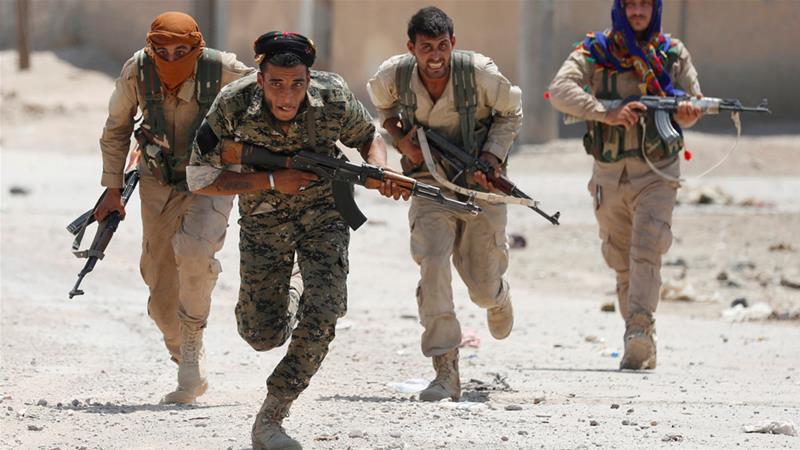 UN investigators have accused the Syrian Democratic Force (SDF), together with other warring parties, of human rights violations and attacks on civilians in Syria.

The report, issued on Tuesday by the UN Commission of Inquiry on Syria records violations that occurred between July 2017 and January 2018, is based on more than 500 interviews.

In the 37-page report issued by the UN Commission of Inquiry on Syria, the SDF is accused of conscripting children, including girls and 13-year-olds, against their will. The report reads:

“As part of forced conscription campaigns in areas under its control, the Syrian Democratic Forces continued to conscript men and children for military service throughout the reporting period.

Conscripts, including children as young as 13, receive basic training before being deployed to active front lines.

In July 2017, two boys, aged 15 and 16, enlisted with the Syrian Democratic Forces in Tabaqah (Raqqah). The youngest subsequently sustained an arm injury in battle.

In another instance, one Raqqah resident who had fled the city in mid-July 2017 was stopped with his family upon arrival in the territory held by the Syrian Democratic Forces and interrogated by a Kurdish teenage boy in uniform.

Although less frequent, girls have also been recruited; a teenage girl was recruited by the Syrian Democratic Forces in Raqqah in October 2017.

The Optional Protocol to the Convention on the Rights of the Child on the involvement of children in armed conflict, which the Syrian Arab Republic adopted in 2003, sets — without reservation — 18 years as the minimum age for direct participation in hostilities, recruitment into armed groups and compulsory recruitment into armed forces by governments.”

The Syrian Democratic Forces (SDF) is a US-backed alliance of Kurdish and Arab fighters dominated by the Syrian Kurdish armed group YPG.

In January, the Public Affairs Office for the US-led coalition in Syria, told Al Jazeera: “What we can tell you is that the international coalition is resolved to train, equip and support our SDF (Syrian Democratic Forces) partners to attain the lasting defeat of ISIS.”

Also in January, the US-led coalition had announced that it will train about 15,000 SDF fighters to be part of a 30,000-strong border force in the country’s north.

The YPG is considered by Turkey to be a “terrorist group” with ties to the banned Kurdistan Workers’ Party (PKK).

The UN report said although attacks to defeat the Islamic State of Iraq and the Levant (ISIL, also known as ISIS) in the cities of Raqqa and Deir ez-Zor seem to have “successfully dislodged” the ISIL group, the battles “came at an extremely high cost to civilians.

“Even before the campaign to take Raqqa city began, the international coalition failed to take all feasible precautions to protect civilians and civilian objects, in violation of international humanitarian law, when it launched an airstrike in al-Mansoura which killed at least 150 internally displaced persons, including women and children,” the report said.

It also said that trapped residents of Raqqa were later used by ISIL as human shields. 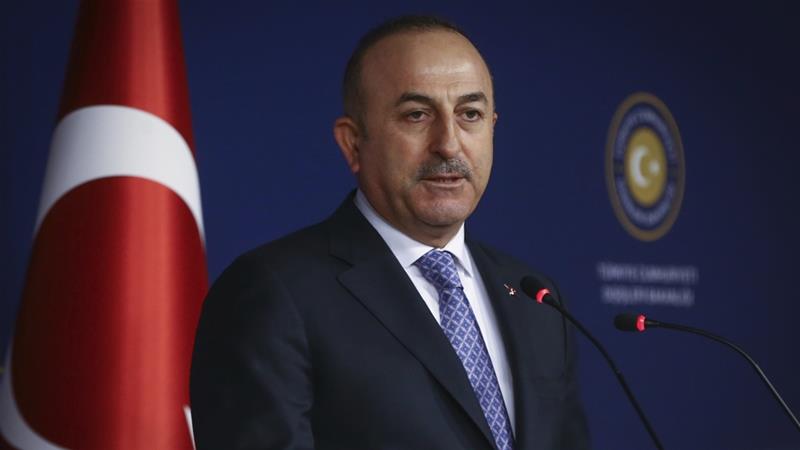 Turkey FM: Kurdish YPG in Afrin are a security threat