Bonfire of PPE: Up to £4billion of Covid protection gear purchased at ‘obscenely inflated’ prices will be set on FIRE to generate power

Up to £4billion of unusable personal protective equipment will be burned to generate power, a damning report by MPs has revealed.

One contract for 3.5 billion gloves was even with a manufacturer accused of modern slavery, the Commons Public Accounts Committee said.

The Department of Health and Social Care (DHSC) lost 75 per cent of the £12billion it spent on PPE in the first year of the pandemic because it paid too much or bought kit that did not meet requirements, the report found.

This includes £4billion of PPE that will not be used in the NHS and needs to be disposed of.

There is no clear disposal strategy for this excess but the DHSC says it plans to burn significant volumes to generate power – despite concerns about cost-effectiveness and environmental impact, the report said. 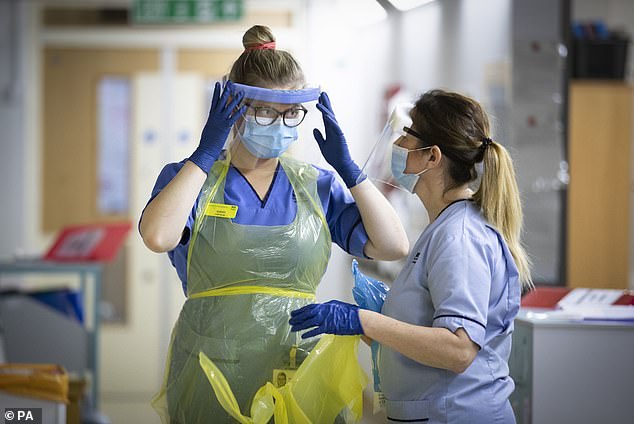 Nearly a quarter of the PPE contracts awarded are now in dispute as a result of the department’s ‘haphazard purchasing strategy’, it added.

Dame Meg Hillier, Labour chairman of the committee, said: ‘The story of PPE purchasing is perhaps the most shameful episode of the UK Government response to the pandemic.

‘At the start of the pandemic health service and social care staff were left to risk their own and their families’ lives due to the lack of basic PPE.

‘In a desperate bid to catch up the Government splurged huge amounts of money, paying obscenely inflated prices and payments to middlemen in a chaotic rush during which they chucked out even the most cursory due diligence.

‘This has left us with massive public contracts now under investigation by the National Crime Agency or in dispute because of allegations of modern slavery in the supply chain.’

Furthermore, there remain too few signs that the department is putting its house in order or knows how to do so, Dame Meg added.