Sir Patrick Vallance estimated that as many as 10 per cent of the nation's population may have contracted the virus asymptomatically. 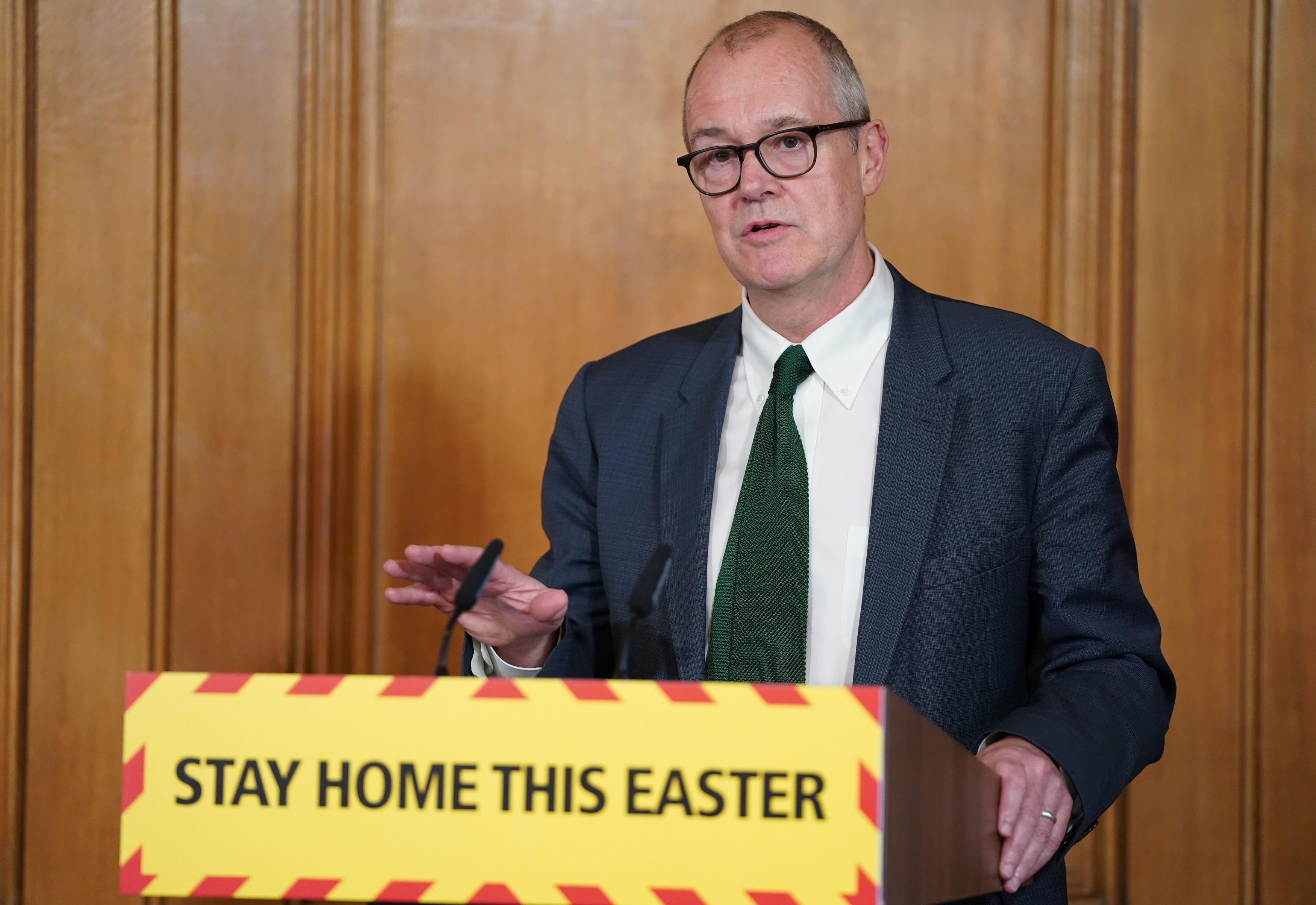 Answering questions at the Downing Street daily briefing, the chief scientific adviser said that it was one of the reasons it was so important to get antibody tests out.

"The importance of that test is working out the proportion of people who may have had the virus asymptotically," he said.

"Much more likely, it's lower than 50 per cent, could be around 30 per cent but we don't know for sure."

He added: "Most of the figures that have come out so far are low single digit percentages.

"There are a couple of examples of higher percentages than that but these are early data and we need to make sure we have the right information."

Asked to clarify on an estimate of how many Brits he thought may have had the disease, he responded: "I can’t tell you what the answer is, but from what I've seen from other places it’s mainly single digit numbers but it could be higher in some places."

'Deaths up for fortnight'

Sir Patrick also warned that the number of new cases would need to go down before death figures would follow.

Asked about how long he expected to see deaths continue to rise, Sir Patrick said: “In general, I’d expect the deaths to keep going up for about two weeks after the intensive care picture improves.

“So, we’re not there yet in terms of knowing exactly when that will be but that’s the sort of time frame I’d expect.”

Sir Patrick said for that reason it is important to continue with the measures that are currently in place.

"The measures that everybody has taken, the difficult things that we've all had to do, are making a difference, they're making a big difference," he said.

"We know that the social distancing is working and we know that people are doing what they're supposed to do and we need to keep doing that.

"And the reason we need to keep doing that is because it stops the transmission of the virus in the community and we know that that is already happening."

On the lockdown measures, Mr Raab said "we're not done yet" before adding data is being gathered on the impact of social-distancing.

He said: "While the early signs suggest that they are having the impact we need to see, it's too early to say that conclusively.

"Sage will meet next week to discuss the latest evidence and we will keep the measures we've put in place under review."

Mr Raab added: "We don't expect to be able to say more on this until the end of next week. 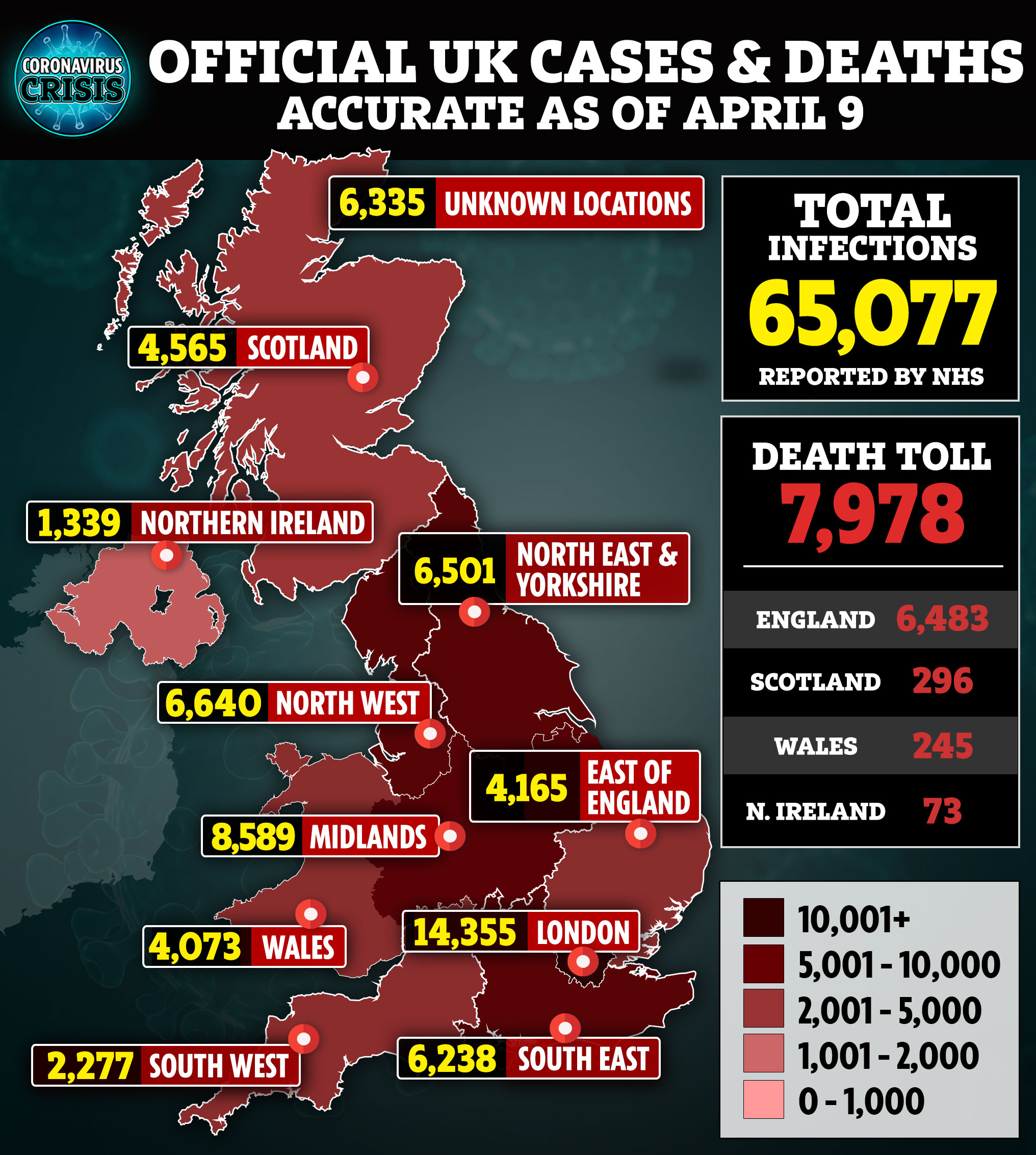 Coronavirus testing: What is the difference between antigen and antibody tests?

Coronavirus tests are key to getting a clearer idea of the scale of the outbreak in the UK and getting a handle on it.

In recent days, there's been a lot of talk about the two different types of tests that the government are ramping up.

Here we explain the difference between the two…

What is an antigen test?

Antigens are found on the surface of invading pathogens, including coronavirus.

Testing for antigens can determine whether someone is currently carrying the virus and are actively infectious.

The NHS is currently using antigen tests in hospitals to determine if someone is currently infected with Covid-19.

Samples are taken using a swab – which resemble a large cotton bud – from deep inside the nose and throat before being sent off to a lab for testing.

Most labs use a method called the polymerase chain reaction (PCR), which takes several hours to get a result.

It can take days for labs to run the tests and tell people their result.

Several companies are working on ways to fast track this type of testing.

What is an antibody test?

When a person gets infected with antigen, the body starts making specially designed proteins called antibodies in response – as a way to fight the infection.

After they recover, those antibodies float in the blood for months, maybe even years.

That's the body's way of defending itself in case it becomes infected with the virus again.

So an antibody test specifically looks for antibodies which will be able to tell whether you've already been exposed to Covid-19.

Anyone who has already had the illness is presumed to be immune to getting it again – at least, in the intermediate term.

This would allow them to go back to work safe in the knowledge that they are unlikely to become infected again or pass the virus on.

The check that has been developed for Covid-19 is a finger-prick blood test, with the samples sent to laboratories and results available within a few days.

Dr Hilary Jones, a GP and resident doctor on Good Morning Britain, explained that it works "almost like a pregnancy test, except you need a drop of blood".

These tests are being developed by several different firms and Public Health England (PHE) is also working on its own test.

They still need to be validated to ensure they give accurate results.

"The measures will have to stay in place until we've got the evidence that clearly shows we've moved beyond the peak."

Mr Raab said it was still "too early" to lift the lockdown restrictions in place across the UK.

He added: "It's been almost three weeks and we're starting to see the impact of the sacrifices we've all made.

"But the deaths are still rising and we haven't yet reached the peak of the virus. So it's still too early to lift the measures that we put in place.

"We must stick to the plan and we must continue to be guided by the science." 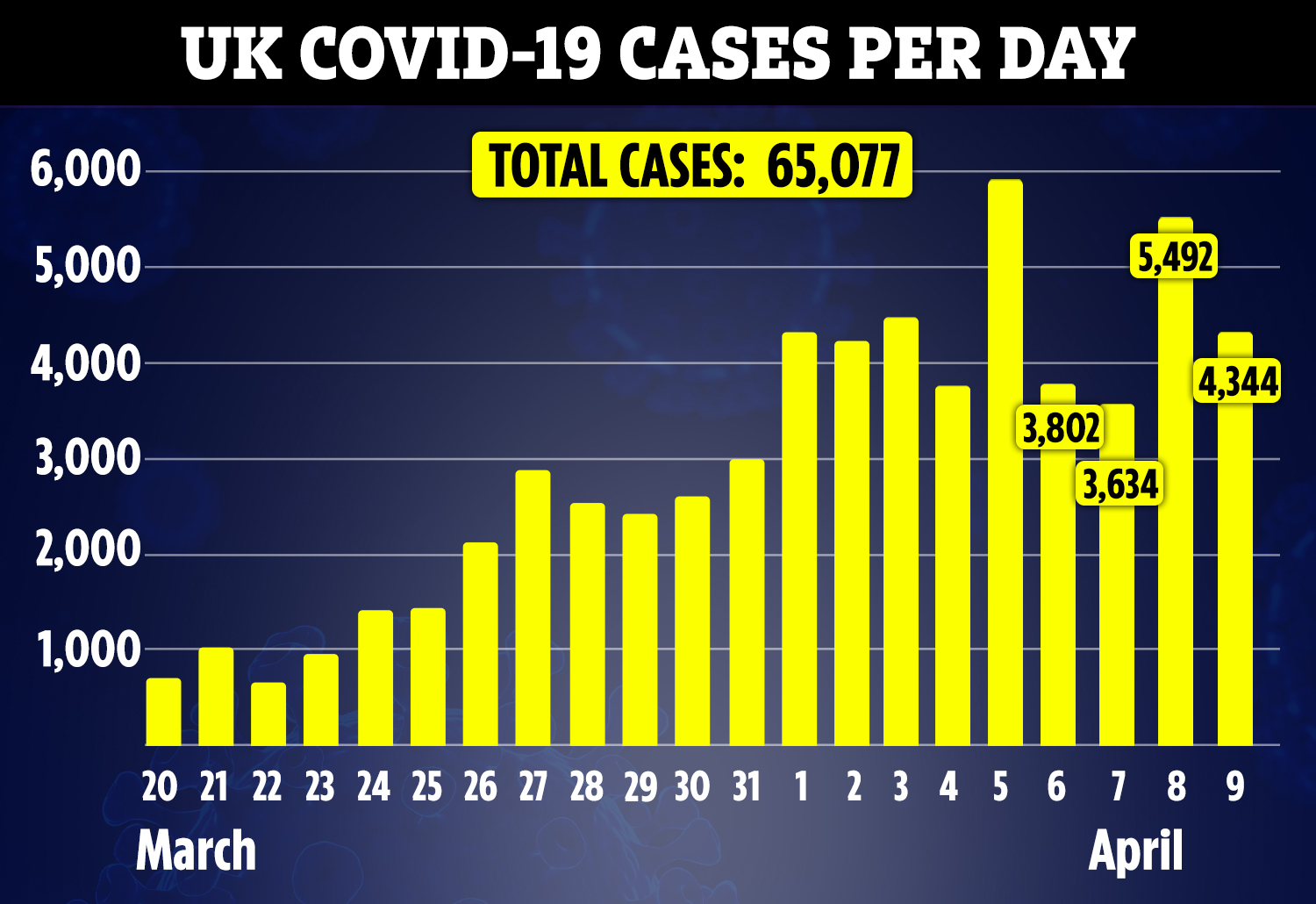 Mr Raab added: "After all the efforts everybody has made, after all the sacrifices so many people have made let's not ruin it now.

"Let's not undo the gains we've made, let's not waste the sacrifices so many people have made.

"We mustn't give the coronavirus a second chance to kill more people and to hurt our country."

It comes as the number of coronavirus deaths in England surged by 881 today – bringing the grim UK total to 7,978.

NHS England confirmed the latest victims were aged between 24 and 103, including 43 with no underlying health conditions.

The latest figure means the total number of deaths in England is now at 7,248.

Today’s number is lower than yesterday when 828 deaths in hospital in England were recorded.

Among the deaths announced today is a top doctor who warned Boris Johnson about the need for “urgent” PPE in the fight against coronavirus.

Give now to The Sun's NHS appeal

BRITAIN’s four million NHS staff are on the frontline in the battle against coronavirus.

But while they are helping save lives, who is there to help them?

The Sun has launched an appeal to raise £1MILLION for NHS workers.

The Who Cares Wins Appeal aims to get vital support to staff in their hour of need.

We have teamed up with NHS Charities Together in their urgent Covid-19 Appeal to ensure the money gets to exactly who needs it.

The Sun is donating £50,000 and we would like YOU to help us raise a million pounds, to help THEM.

No matter how little you can spare, please donate today here

Abdul Mabud Chowdhury, 53, died after battling the bug for 15 days in hospital.

He is understood to be the 20th known NHS worker to die from the disease while fighting it on the frontline.

The grim death toll had dropped for two days running on Sunday and Monday – but this was the same pattern as last Monday suggesting a possible lag in deaths recorded over the weekend.

But the number of victims has been rising – with the equivalent of one Brit dying from the bug every two minutes.

It comes as ministers are preparing to extend the lockdown into May after warning that relaxing it too soon will kill thousands more.

Meanwhile, police will have the "full support" of Government in enforcing the coronavirus lockdown, Downing Street has said.

As the country heads into the Easter bank holiday weekend, No 10 said it is at a "critical juncture" in the battle to curb the spread of the disease.

The Prime Minister's official spokesman made clear there can be no early lifting of the strict social distancing rules, urging the public to "stick with it".

The spokesman also said Boris Johnson's condition is "continuing to improve" after a third night in intensive care at St Thomas' Hospital where he is being treated for Covid-19.

The call came amid fears the expected fine weather over the weekend will again see crowds flocking to beaches and beauty spots, threatening to undermine the progress which ministers and officials say has been made.

The Prime Minister's official spokesman said individual police forces will use their "discretion" as to how the measures are enforced.

He said: "We have given them a job to do. They will use their own discretion about how they best do that job.

"The powers which we have given the police are there to save lives. The police have our full backing and they have the public's backing too.

"They have set out in advice to officers that they should engage, explain and finally enforce."