They have been criticised for causing mayhem on roads and pavements around the world as riders hit speeds of 50mph.

But now Olympic sprinting legend Usain Bolt is hoping to kickstart an electric scooter revolution in Britain – by persuading Ministers to legalise them.

The battery-powered two-wheelers have already begun popping up in towns and cities here, even though they are still illegal to ride on the road or pavement.

Bolt, 32 – widely regarded as the greatest sprinter of all time – has invested part of the fortune from his glittering career into an e-scooter rental company called Bolt Mobility, which officially launched last week in Paris. 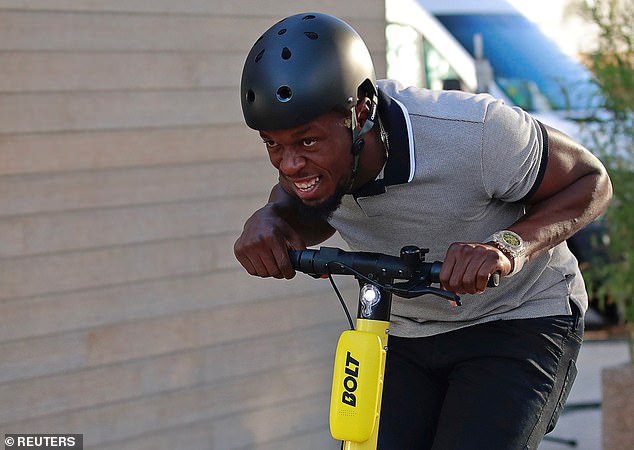 Now, he wants to launch in London, with talks scheduled next month with Government officials to lift the UK ban so that Bolt Mobility could operate as an alternative to the popular ‘Boris bikes’ scheme.

‘I’ve been in London and the traffic is ridiculous. It’s congested and we’re trying to get fewer cars, thinking about the environment and everything,’ Bolt told The Mail on Sunday at the VivaTech summit in Paris.

E-scooters have taken off in some American and other European cities but have come in for criticism for littering the streets when they are discarded by renters, wreaking havoc for pedestrians and motorists and even causing deaths. In France, a man was caught on film riding down a motorway on an e-scooter at 53mph.

However, Bolt said that with the right regulations, e-scooters would benefit the UK. ‘If I can be a part of something to help make people’s lives easier getting around in London, for me that’s a plus,’ he said. 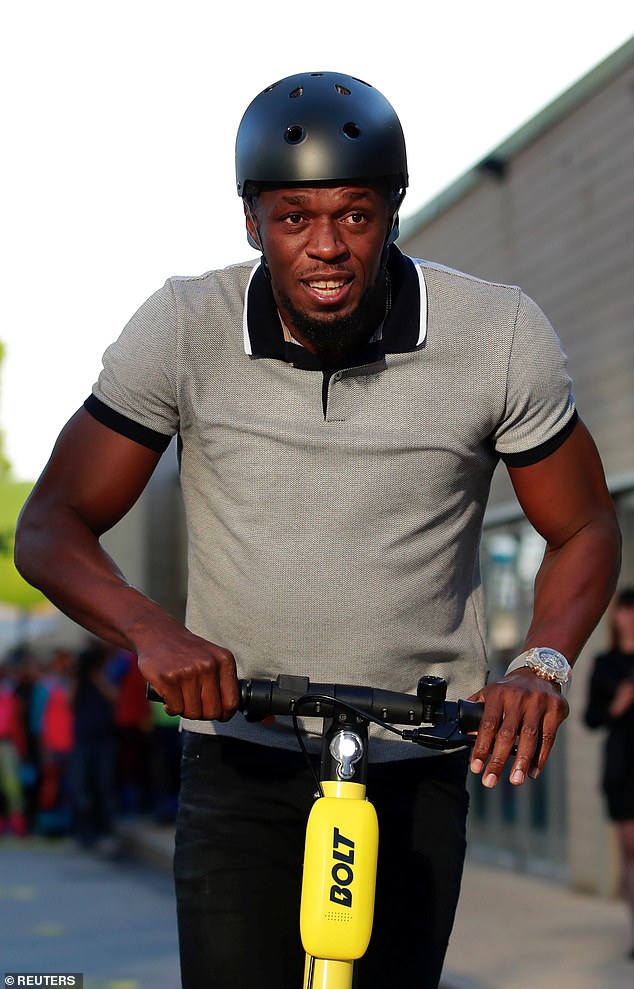 In Paris, people can rent Bolt’s scooters from €1 and pay 15 cents for every minute they use them. Riders can use cycle lanes but must stick to a 15mph speed limit.

Bolt, who is co-founder and brand ambassador of the firm, said his involvement would help to persuade officials in London to allow e-scooters in the capital. 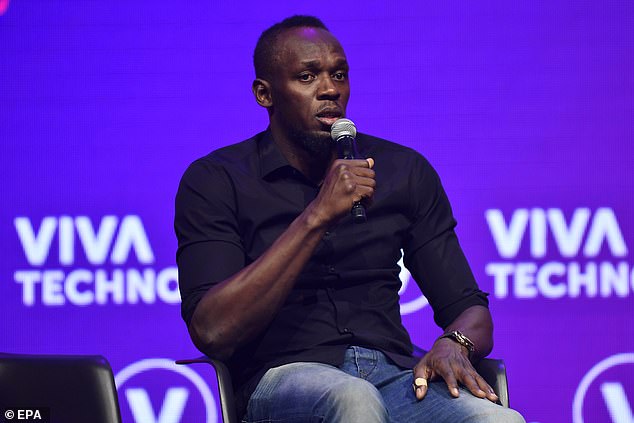 He wants to launch in London, with talks scheduled next month with Government officials to lift the UK ban so that Bolt Mobility could operate as an alternative to the popular ‘Boris bikes’

‘We just want to let the Government know what the benefits of allowing e-scooters in the country are,’ the Jamaican said.

‘When people are against things at times, it’s because they don’t understand. That’s why a lot of people wait until the trend actually starts. This is why we’re going to show them what’s happening in Miami, show them how we helped in Florida so they can understand how we can help congestion.’

It marks Bolt’s first move into business since he retired from athletics in 2017. He admitted that he was ‘still learning’, but added: ‘In a couple of years, I’ll be a wonderful businessman.’