CUCUTA, Colombia (Reuters) – Sergeant Javier Gonzalez knew he would be killed if caught deserting Venezuela’s military to flee to Colombia, but the thought of his nine-month-old son suffering the lack of milk and diapers in his economically devastated country steeled his resolve. 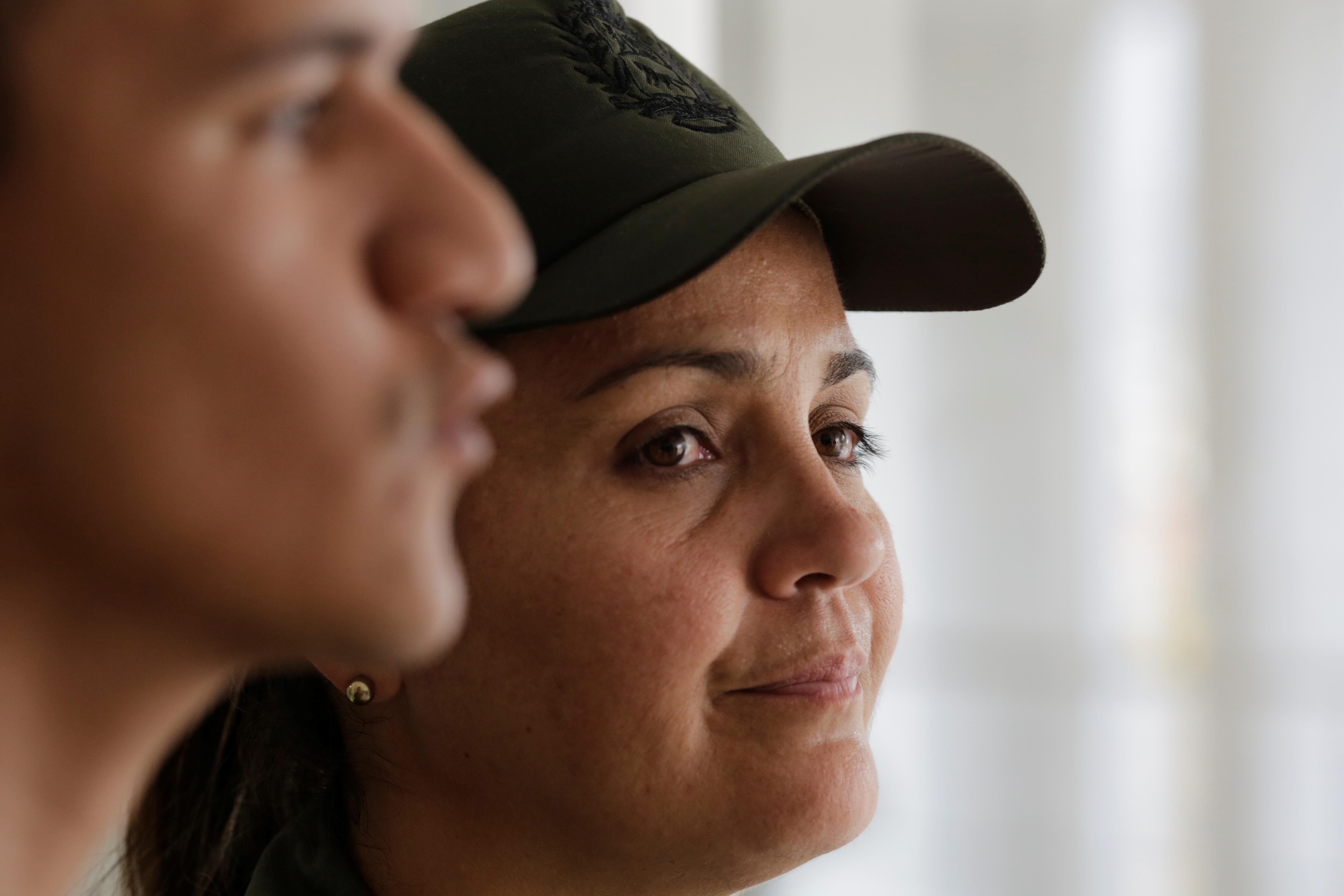 Gonzalez’s wife, Sergeant Kari Castro, escaped a day later on Sunday, crossing a riverbed near the Colombia city of Cucuta with their baby and two other family members.

The couple are two of at least 167 members of the Venezuelan armed forces who have deserted and turned themselves into Colombia’s migration agency over the last three days.

The desertions began Saturday, during a failed attempt by Venezuela’s opposition to drive a convoy of hundreds of tonnes of international humanitarian aid into the country, despite a refusal by Venezuelan President Nicolas Maduro to accept the food and medicine.

Two trucks caught fire on a border bridge, after being halted at Venezuelan National Guard barricades. Violent clashes between protesters and the armed forces left almost 300 wounded and at least three protesters dead near the Brazilian border.

The support of the military is considered key for Maduro to retain his hold on the country, especially since last month, when opposition lawmaker Juan Guaido invoked the constitution to assume an interim presidency.

“I deserted for the life of my son. We’re working for a salary that doesn’t stretch to anything. We can’t live in misery. Enough, we’re tired,” said former national guardsman Gonzalez, 28, who earned about $13 a month in the ranks.

Shortages of basic goods and political unrest finally pushed the family to leave, said Castro, 38, who has spent half her life serving in the armed forces.

“It’s so difficult to go to another country when you’ve given your life to an institution,” she said.

Gonzalez said that since his desertion he has been in contact with former colleagues who are also willing to defect. Many in the armed forces are afraid of Maduro’s intelligence forces, he said, which has reportedly tortured and killed those who go against Maduro.

“They’re going to do it – I have lots of colleagues writing to me and they are motivated, they just need a little push,” he said during an interview in Cucuta.

The couple said they are willing to return to their home country to help Guaido wrest control from Maduro, who denies any crisis and says the aid convoys are a U.S.-backed ruse to oust him.

“It’s never too late to take the step – if our president Guaido is supporting us, we’ll support him,” said Gonzalez, who served in the national guard for eight years. “If we must form units here to plan the takeover of our country we’ll do it.”

Guaido, recognized by most Western nations as Venezuela’s legitimate leader, urged foreign powers to consider “all options” for ousting Maduro at a Monday meeting of the Lima Group regional bloc.

Colombian President Ivan Duque told the body the desertions showed there are cracks inside the Venezuelan armed forces and called for a “domino effect” of more defections.