WASHINGTON/CARACAS (Reuters) – The Venezuelan opposition envoy to Washington urged the international community to help let assistance into the crisis-stricken country on Thursday, as Cuba accused the United States of flying military transport close to the area. 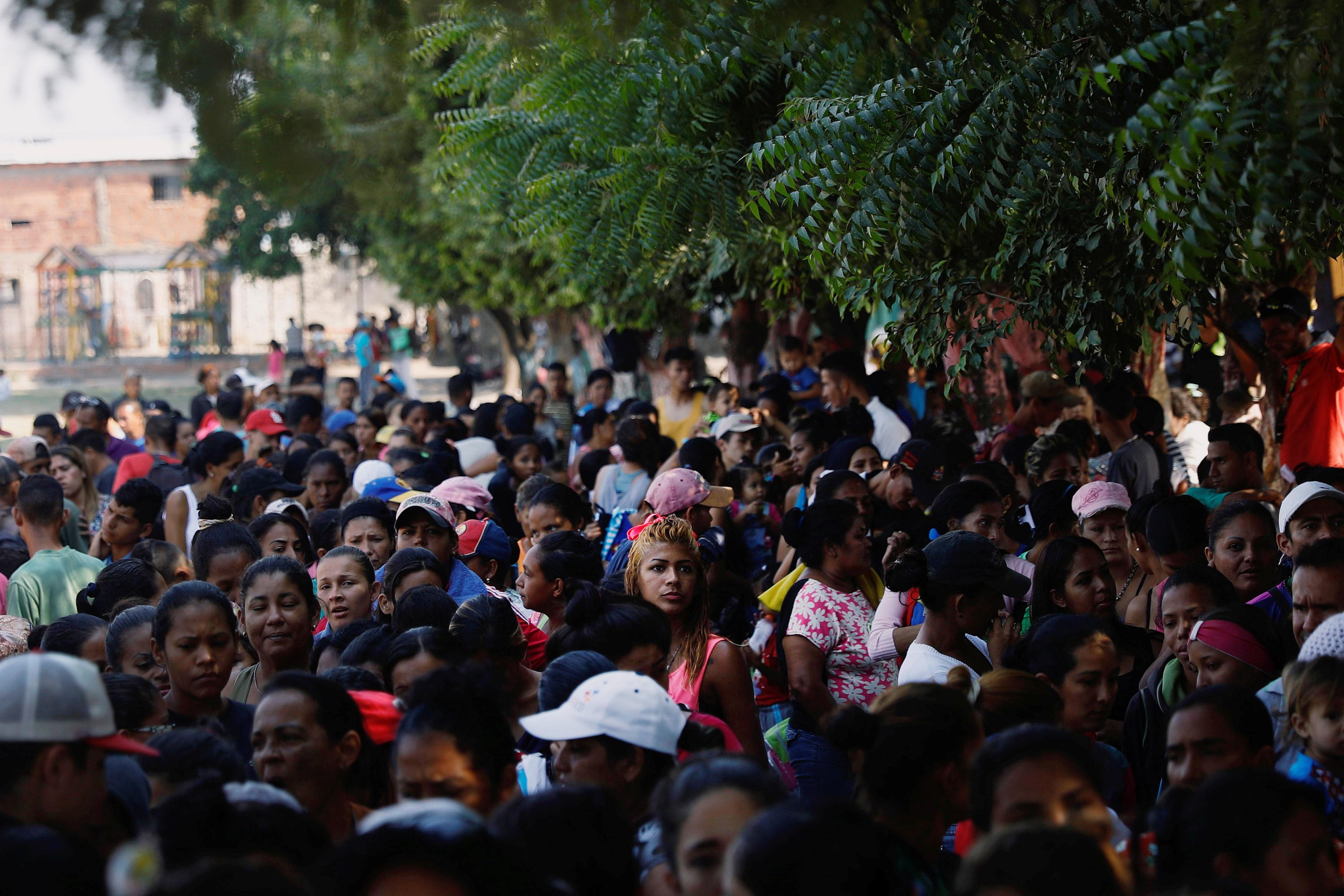 Elliott Abrams, Washington’s special representative on Venezuela, said the United States was looking for ways to send in aid as he reiterated U.S. support for Guaido.

Most Western countries, including the United States and many of Venezuela’s neighbors, have recognized Guaido as the country’s legitimate head of state, but Maduro retains the backing of Russia and China as well as control of Venezuelan state institutions including the military.

Guaido has said humanitarian aid will enter the country on Feb. 23, setting the stage for a showdown with Maduro, who has said it is not needed and should not be let in.

“They are blocking humanitarian aid that’s being sent,” Vecchio told the conference, which was attended by diplomats and representatives from dozens of countries. “We must open thousands of windows to bring humanitarian aid to Venezuela … Here we are creating an international coalition to bring in food and medicine.”

The administration of U.S. President Donald Trump has said it wants a peaceful resolution to the crisis but has refused to rule out military intervention. Cuba accused the United States on Thursday of moving special forces closer to Venezuela as part of a covert plan to intervene.

“It’s a new lie,” Abrams said when asked about it at the event. The Pentagon did not immediately respond to a request to comment.

Abrams said the U.S. government had stockpiled food supplies in warehouses on Colombia’s border with its neighbor.

Maduro, who accuses Guaido of leading a U.S.-directed coup attempt, has called the aid a show and denies there is an economic crisis, despite a widespread lack of food and medicine and hyperinflation.

Gustavo Tarre, the opposition’s OAS representative, insisted the only objective was “to relieve the suffering of Venezuelans” and that there was no political, economic or military motives.

An aid convoy supplied by the United States and Colombia arrived in the Colombian border town of Cucuta last week.

The government has opened an investigation into the new directors, the chief state prosecutor said on Thursday.

Tarek Saab said Guaido had “grotesquely made circus-style appointments” in order to please foreign interests and destabilize the country.

“The only directors legitimately appointed to the boards of PDVSA and its subsidiaries are those … who have been appointed by the executive government, as the constitution stipulates,” Saab said, according to his office’s Twitter account.

He also said his office would investigate foreign ambassadors named by Guaido.

It is unclear what action the Maduro administration could take, although it has previously jailed opposition leaders in Venezuela.

In an effort to guarantee stability for new elections, Guaido’s transitional government should include members of the ruling “Chavismo” movement and military leadership, a top opposition lawmaker told Reuters.

That interim government would have 13 months to hold fresh presidential elections from the date Maduro officially steps down as president, said Stalin Gonzalez, the second vice president of the congress.

“We need to give space to the Chavismo that is not Maduro because we need political stability,” Gonzalez said.

The opposition, made up a coalition of parties, plans to hold primaries in order to put forward a sole candidate to the presidential elections, he added.