DEATH squads loyal to Venezuelan president Nicolas Maduro are on the streets in a bid to crush the uprising against his rule, it has been reported.

The hard-left tyrant is facing an attempt to overthrow him by opposition Juan Gauido, whose supporters have been engaged in violent and bloody clashes with regime forces. 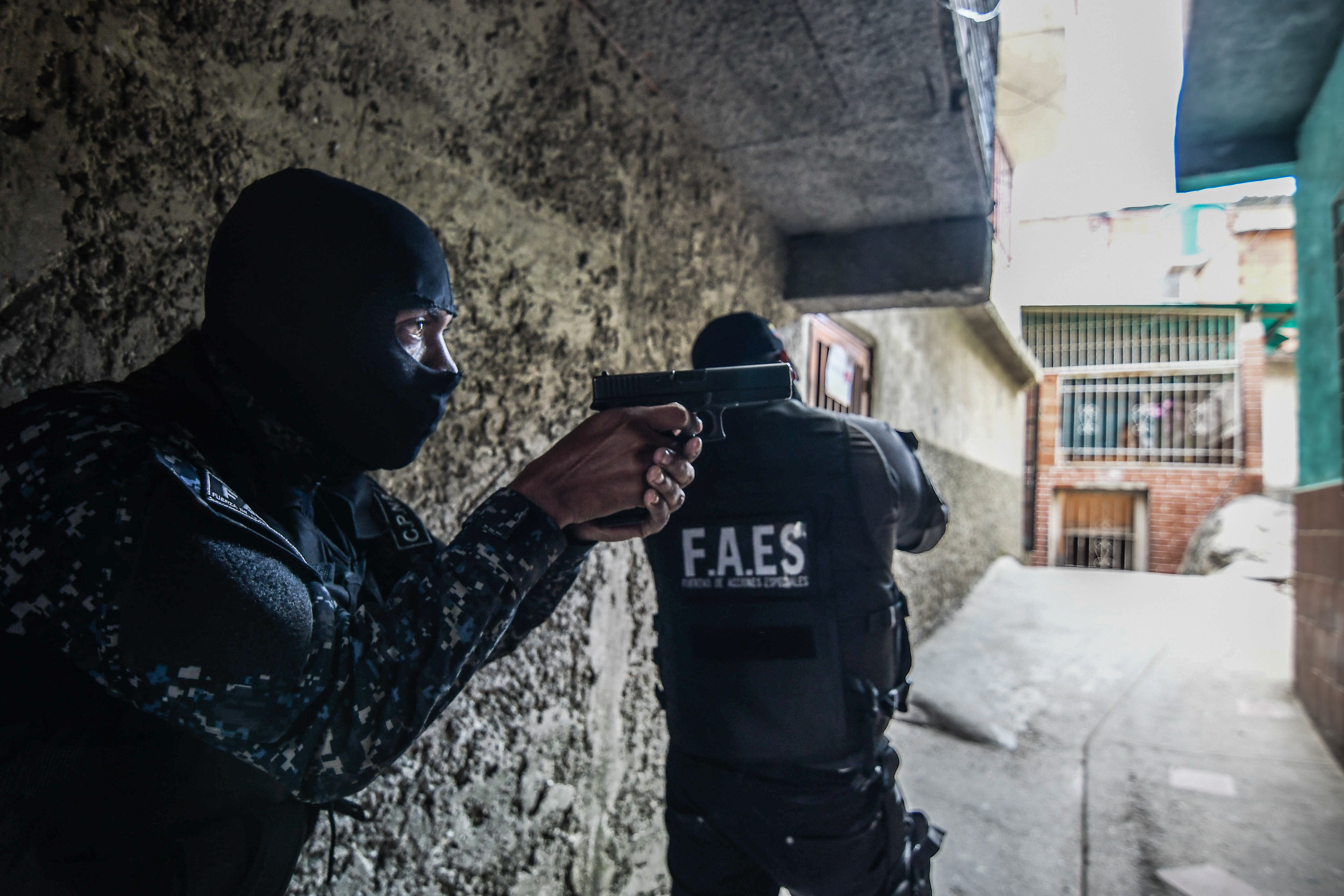 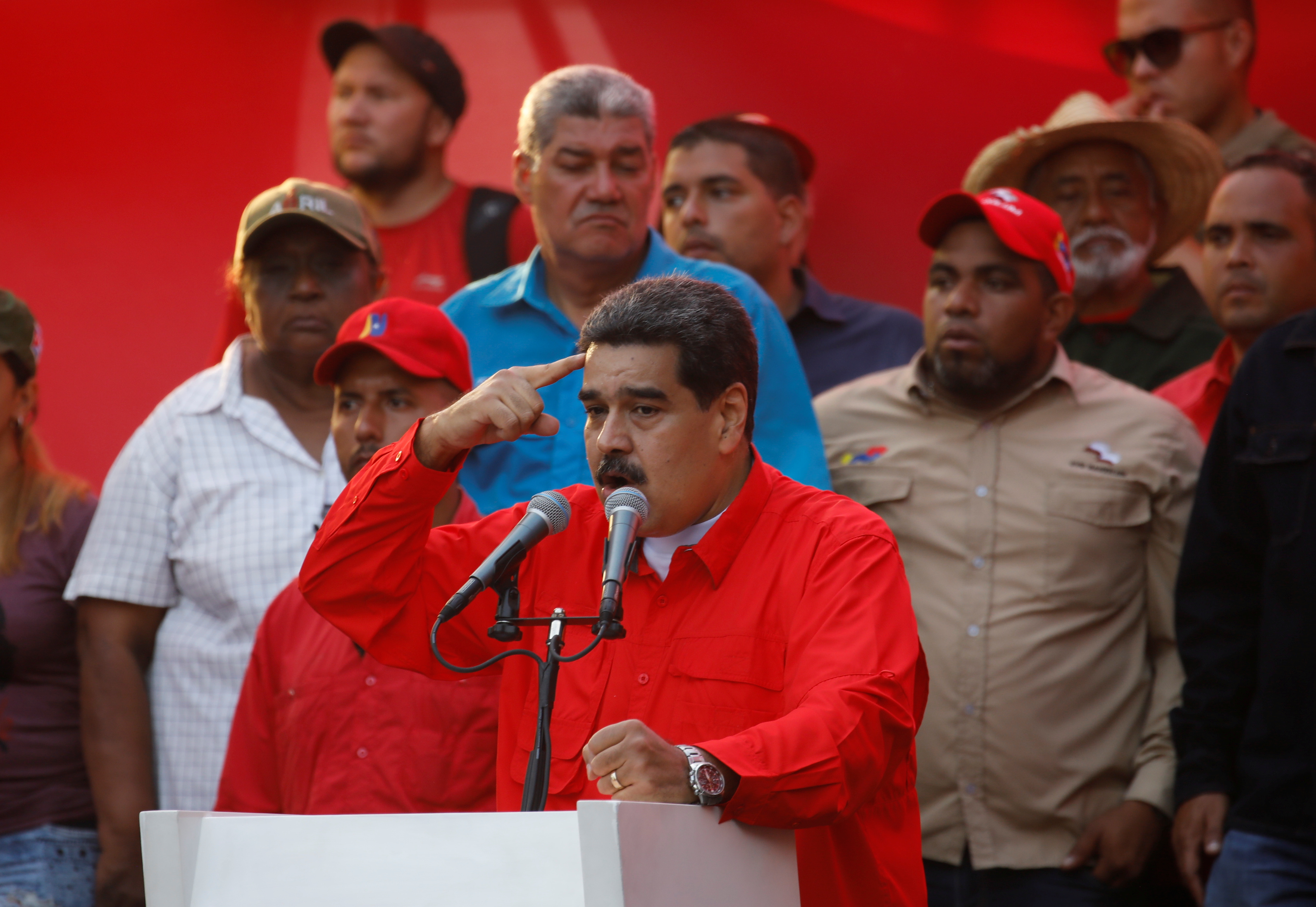 Guaido told his supporters on Tuesday to rise up against Maduro and he has been backed by a section of the armed forces.

Anger in Venezuela has been rising as a result of chronic economic incompetence and political corruption.

Despite having the world’s largest oil reserves it suffers from hyper-inflation, chronic food and medicine shortages plus crippling power blackouts, which has led to more than 3 million fleeing.

Maduro – holed up with his "Dirty Dozen" closest cronies – has been using police loyal to him to quell the disturbances have now been joined by the Special Action Forces (FAES) unit, the Telegraph reports.

The much feared black mask clad agents have been patrolling in trucks in a bid to intimidate the protesters.

The unit was created by Maduro in 2017 to tackle "organised crime and terrorism" but it has become a by-word for regime repression.

They have been responsible for 200 deaths, according to report from the United Nations High Commissioner for Human Rights, which assigned a team to investigate FAES earlier this year.

"It appears that some of these killings have followed a similar pattern,” said High Commissioner Michelle Bachelet.

“They take place during illegal house raids carried out by the FAES, which subsequently reports the death as resulting from an armed confrontation – although witnesses report the victims were unarmed.”

Their barracks are a large grey concrete and steel building with the words "traitors never, loyal always” written on its walls.

It has been reported they burst into homes wearing Halloween masks to terrorise the population, in particular those thought to be opponents of Maduro.

Their unit emblem is a skull with red eyes and long teeth.

Guaido, the leader of Venezuela's opposition-controlled National Assembly, invoked the constitution to assume the presidency in January.

He argued that Maduro's re-election in 2018 was illegitimate.

Around 50 countries including the United States have recognised Guaido as Venezuela's interim president.

At the beginning of the uprising, the Venezuelan tyrant was reported to have been on the brink of fleeing to Cuba but was talked out of fleeing by his Russian backers in the Kremlin.

Russia is one of the regime’s main supporters as is Cuba, which is said to have 20,000 troops in the country protecting Maduro.

The apparent involvement of the Russians in stiffening his resolve has prompted a warning from US National Security Adviser John Bolton.

“This is our hemisphere. It’s not where the Russians ought to be interfering,” he said.

“This is a mistake on their part. It’s not going to lead to an improvement of relations.” 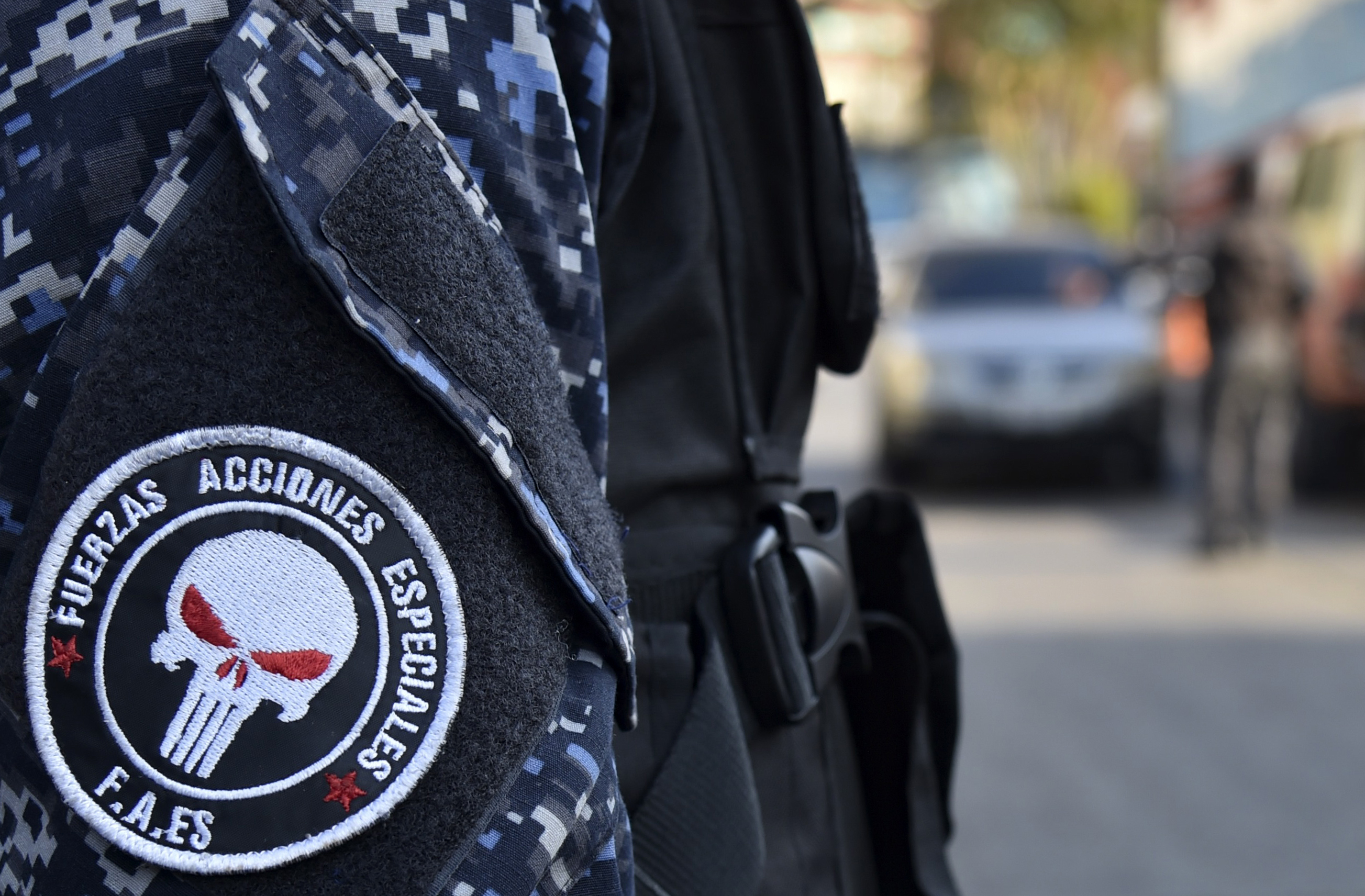 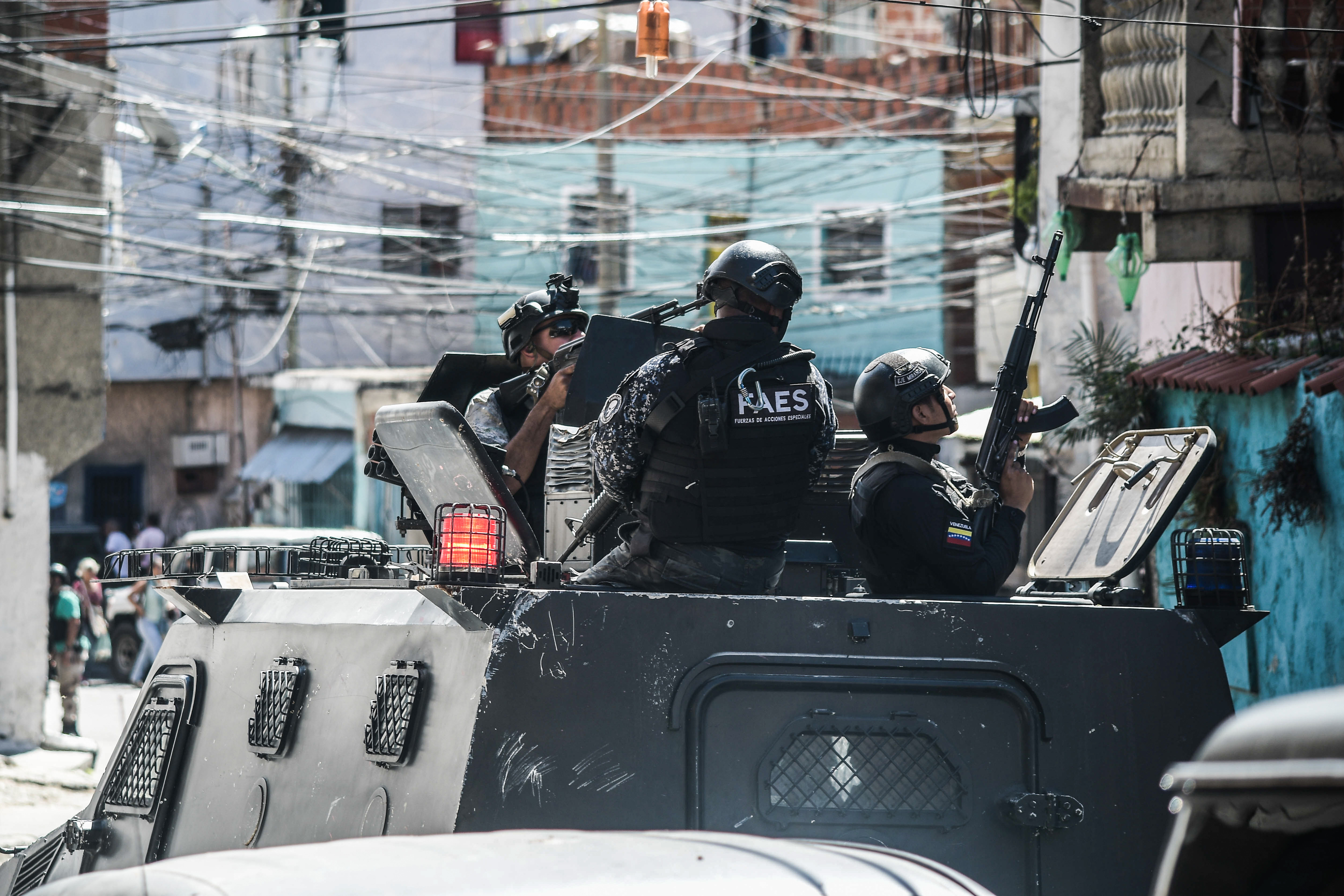 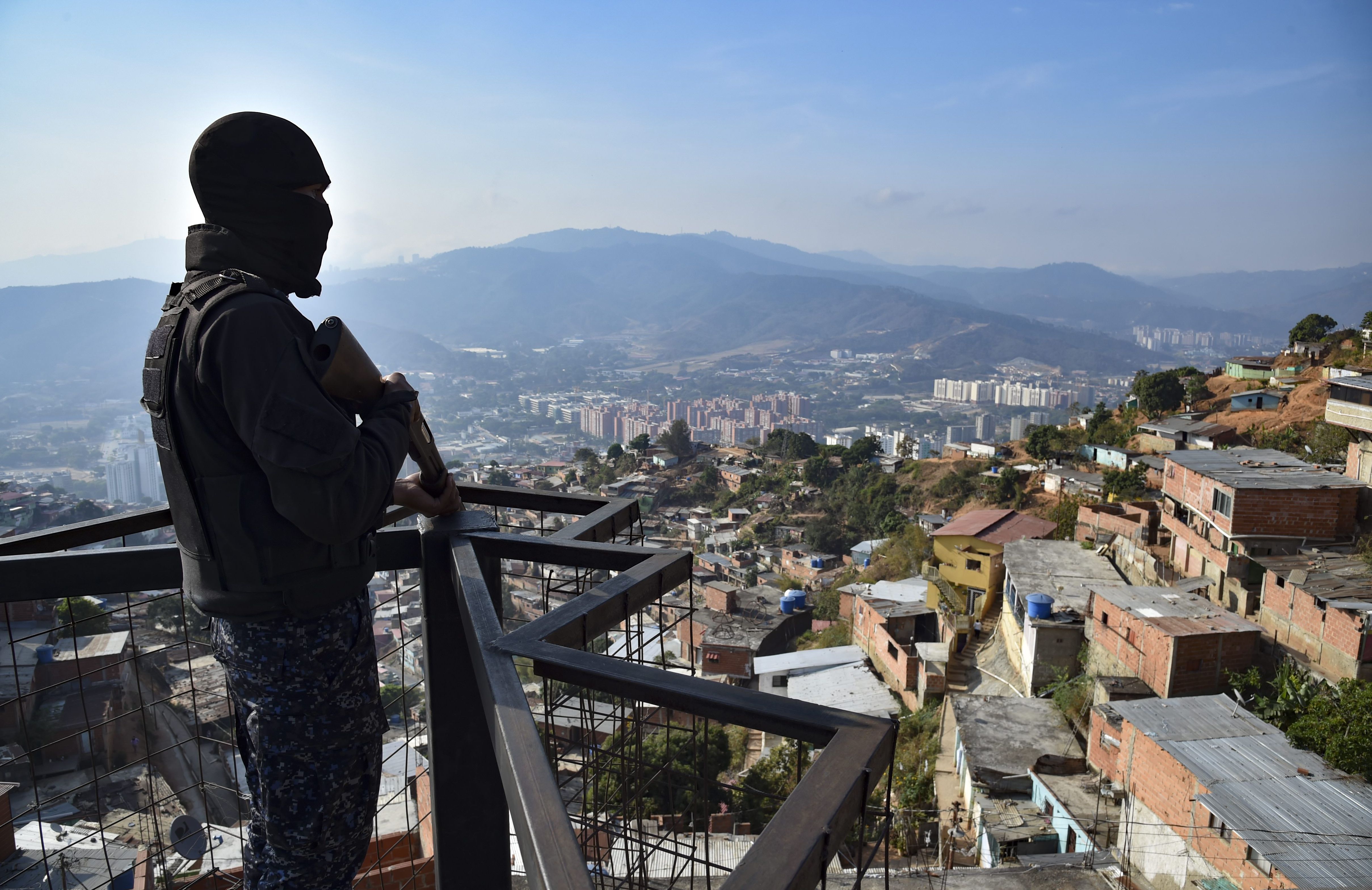 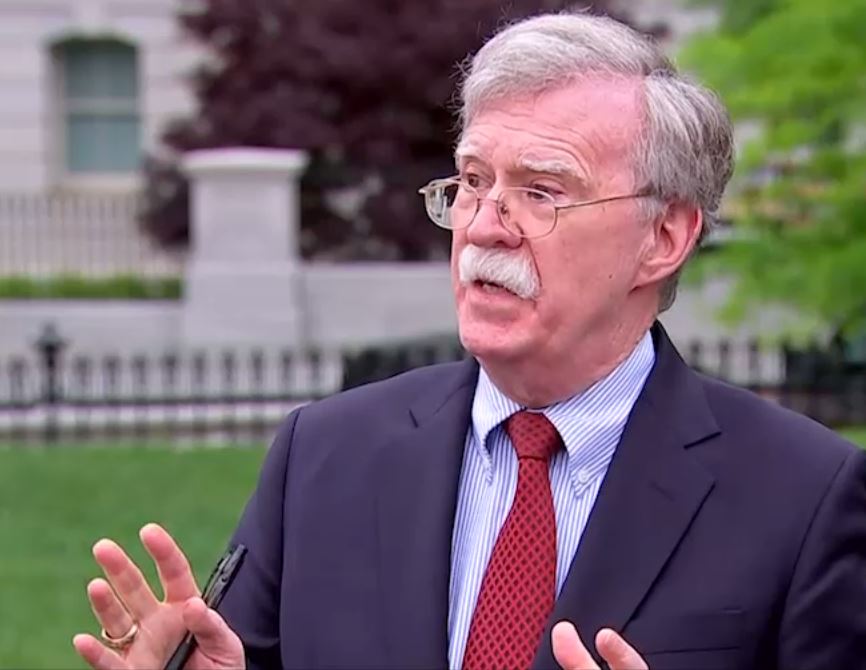 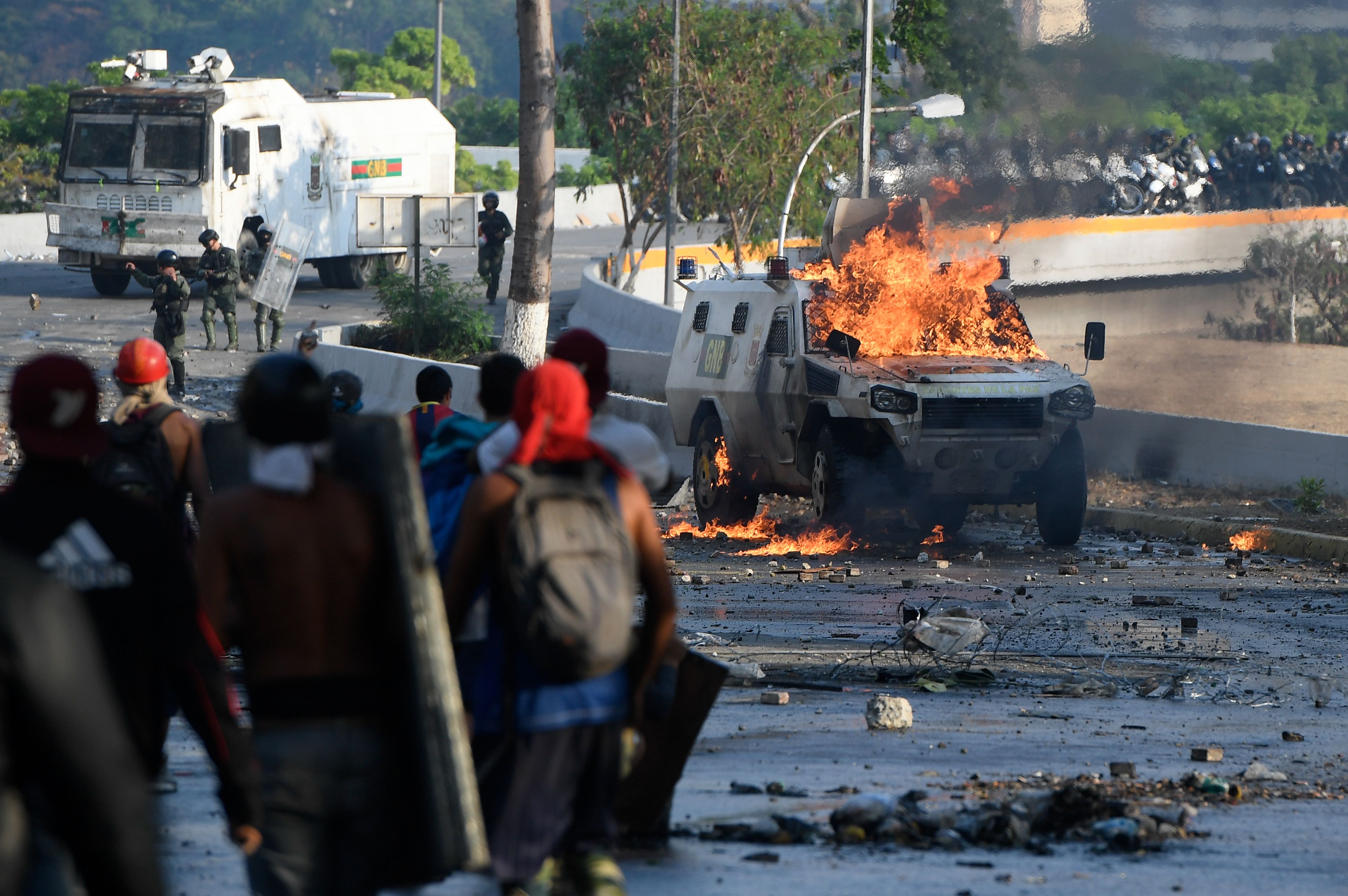 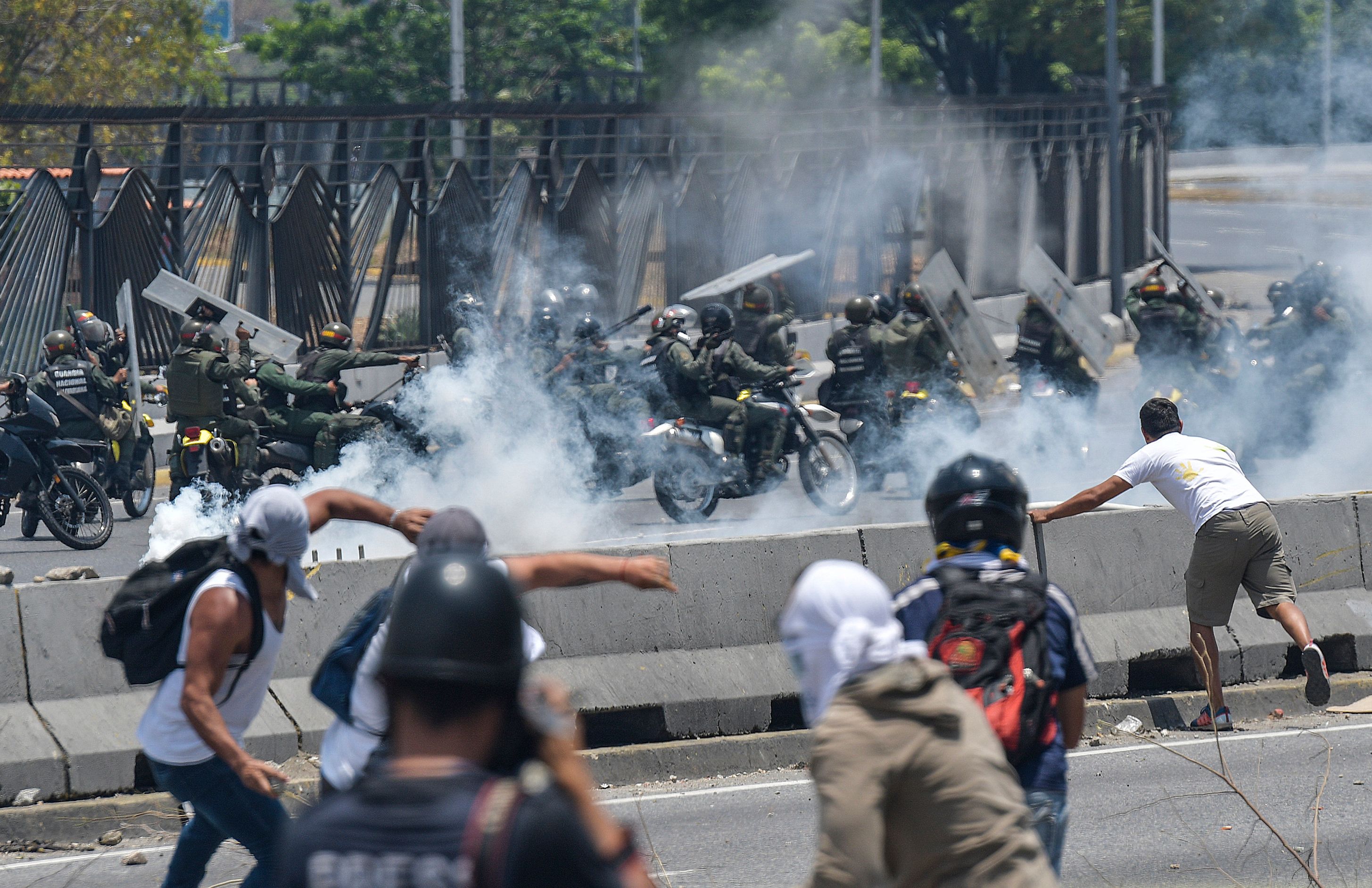 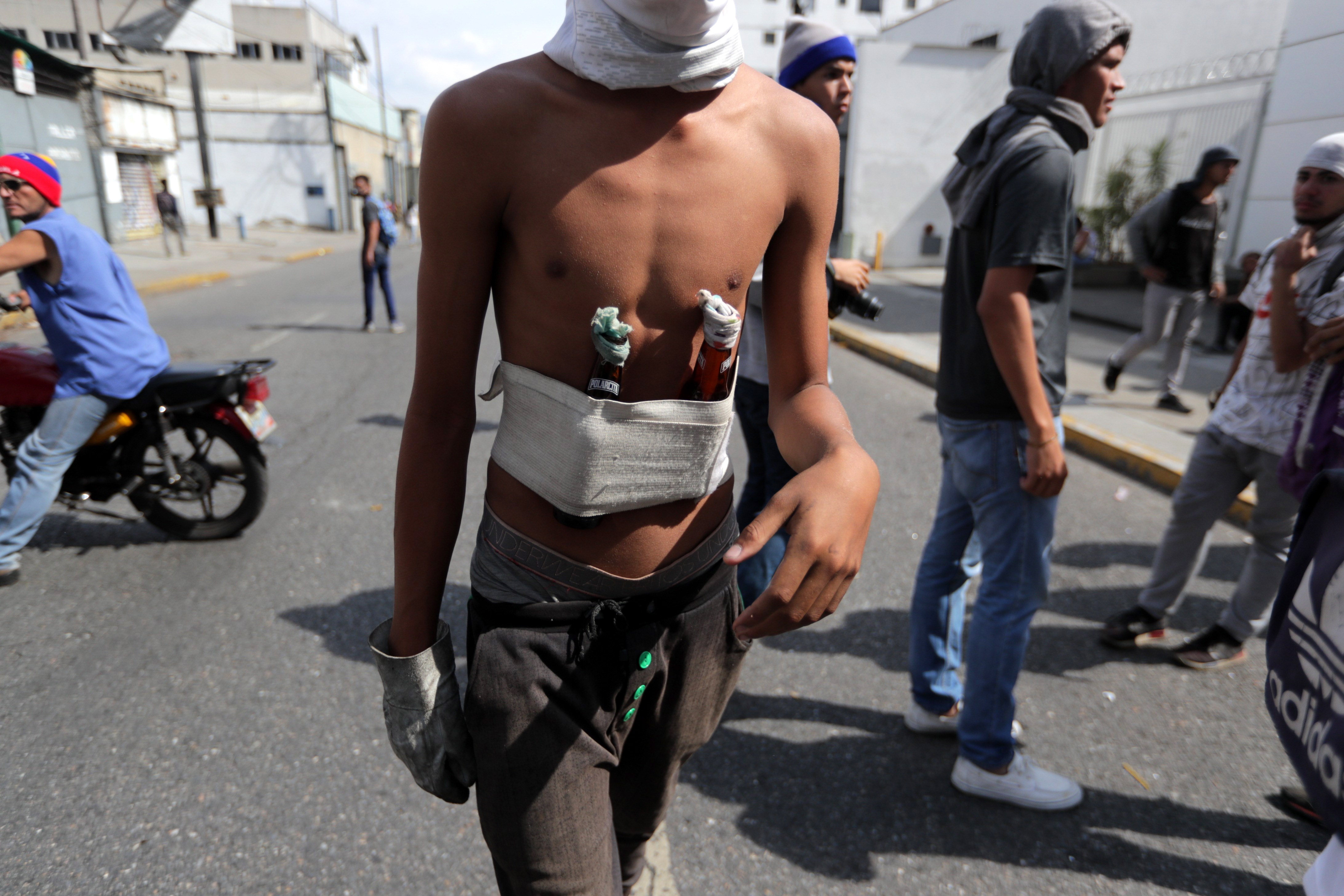 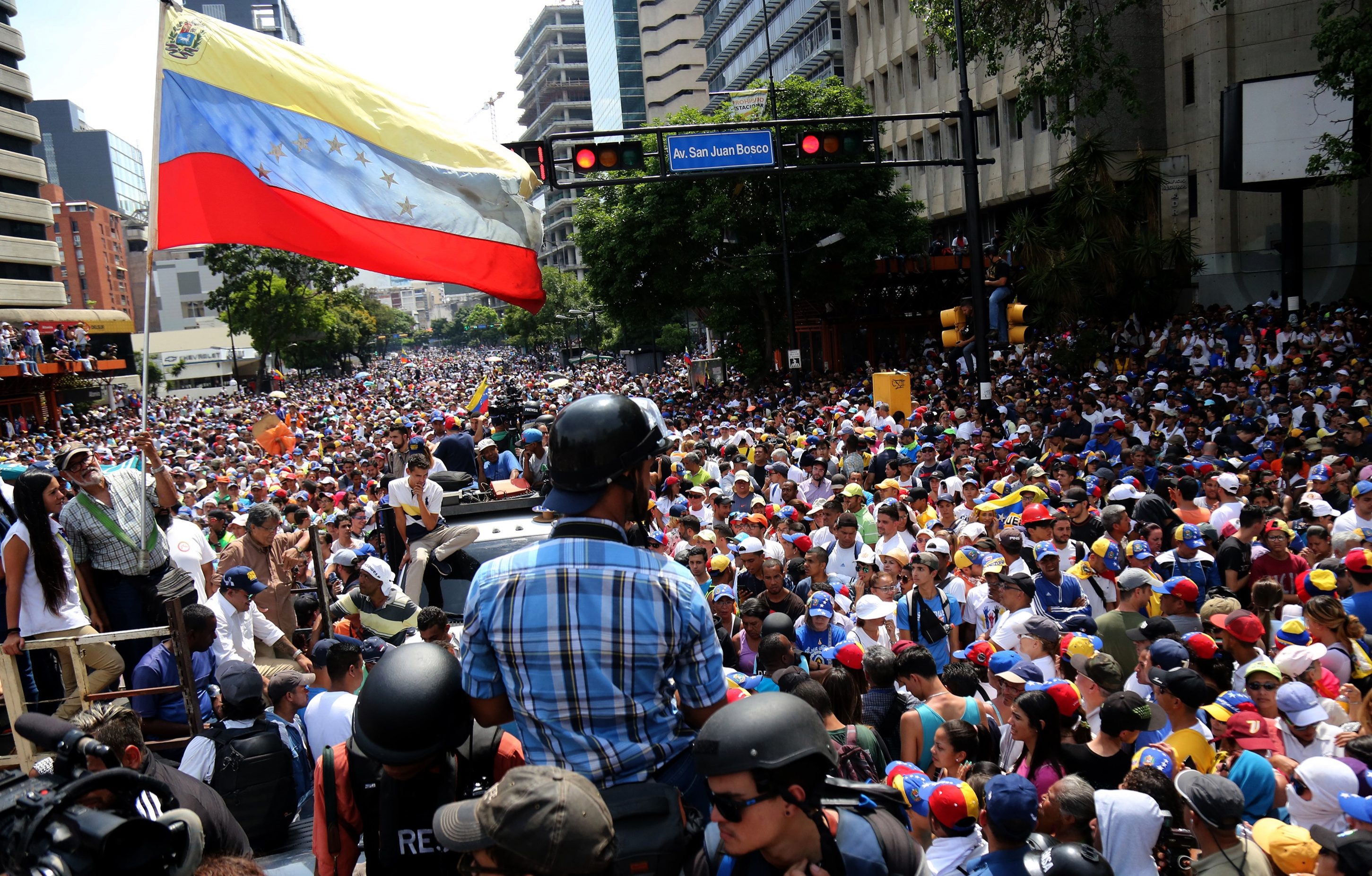 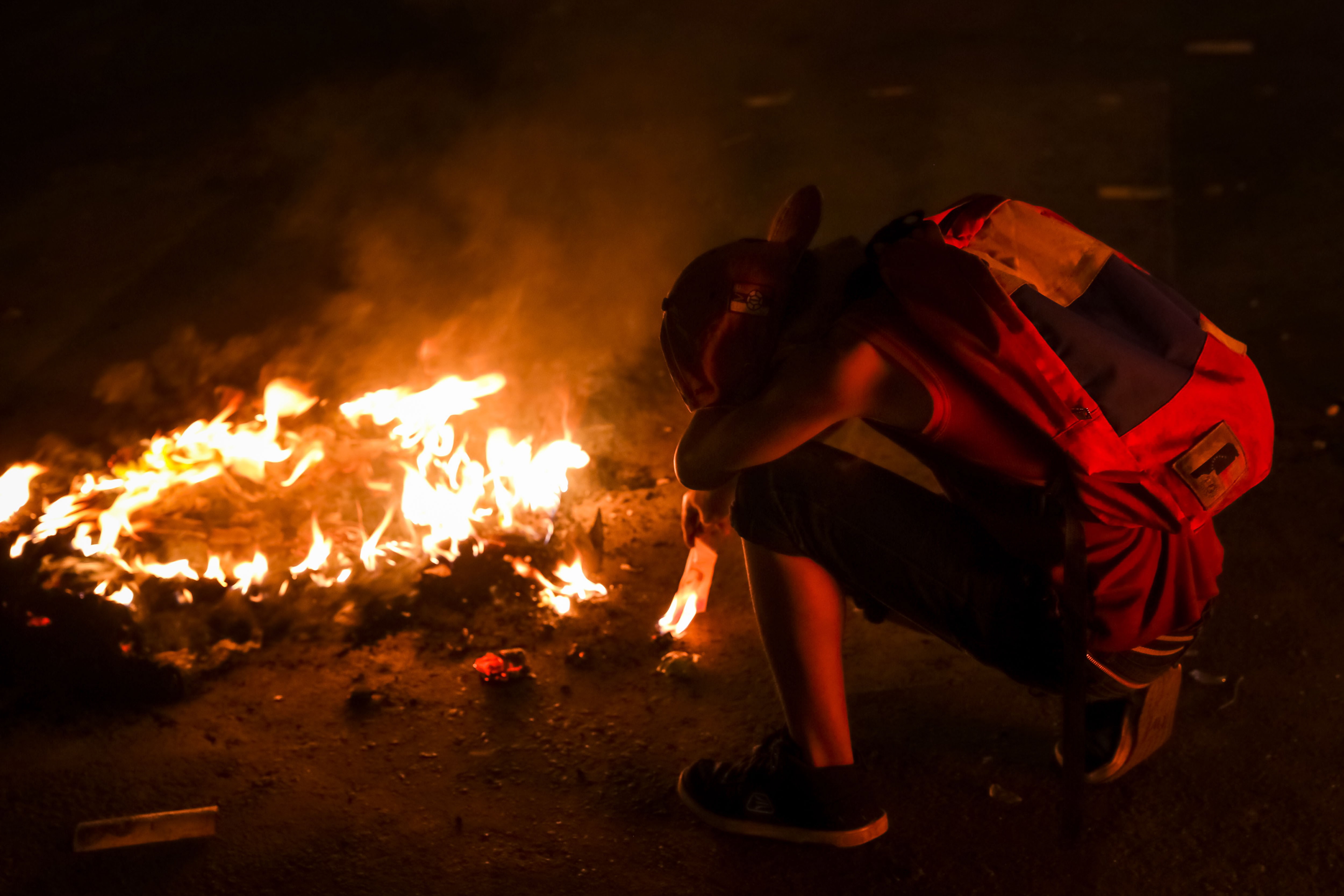 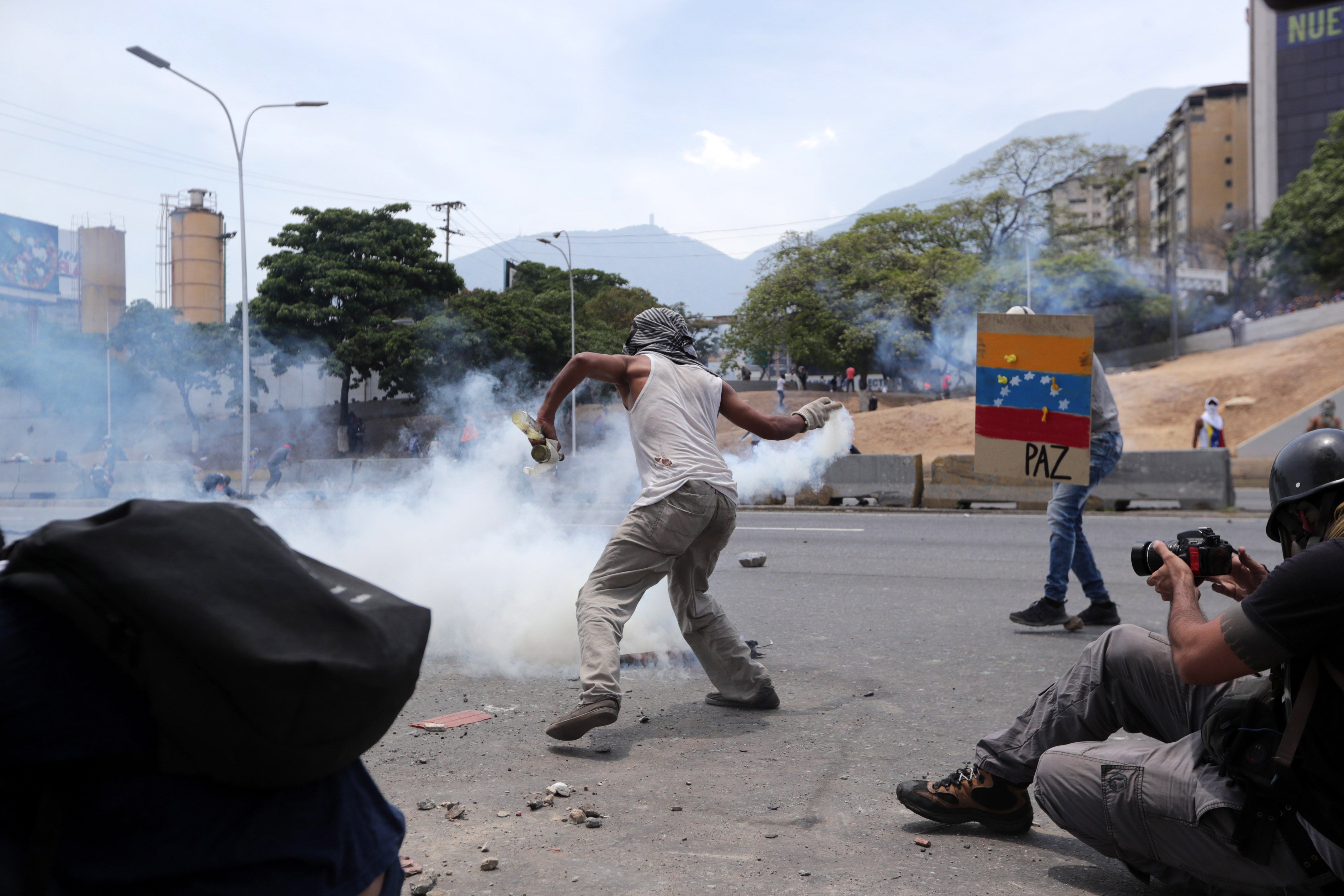 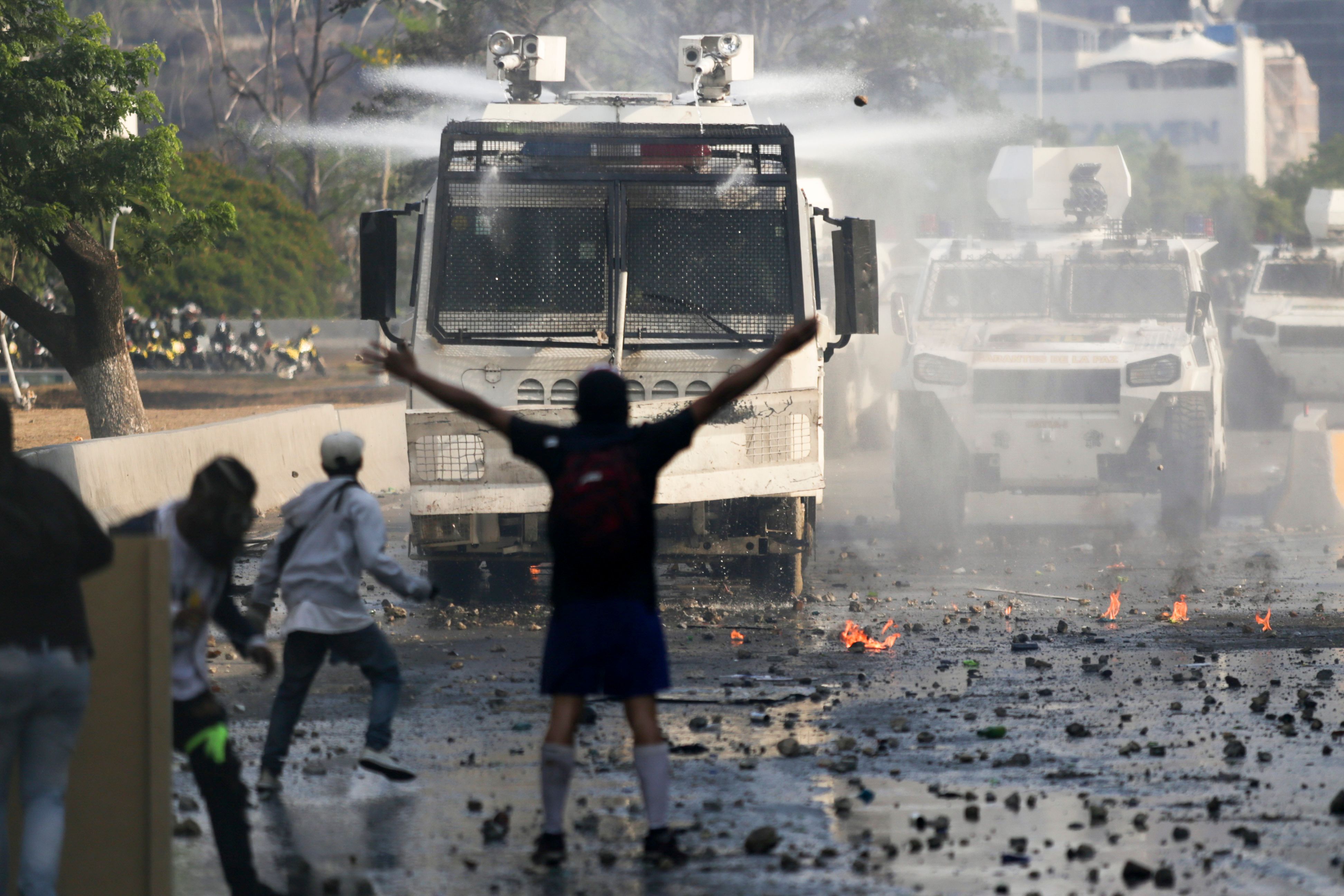 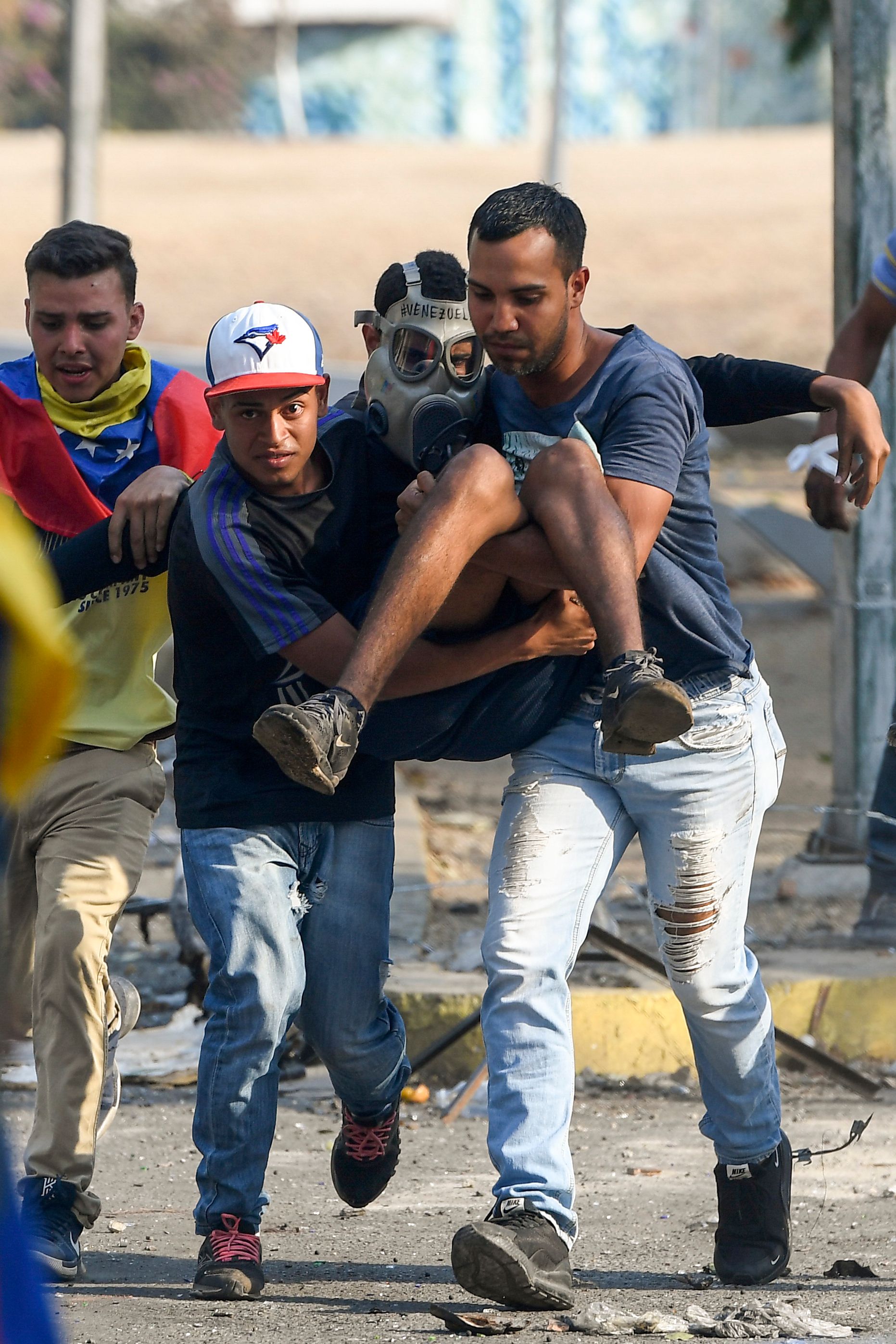 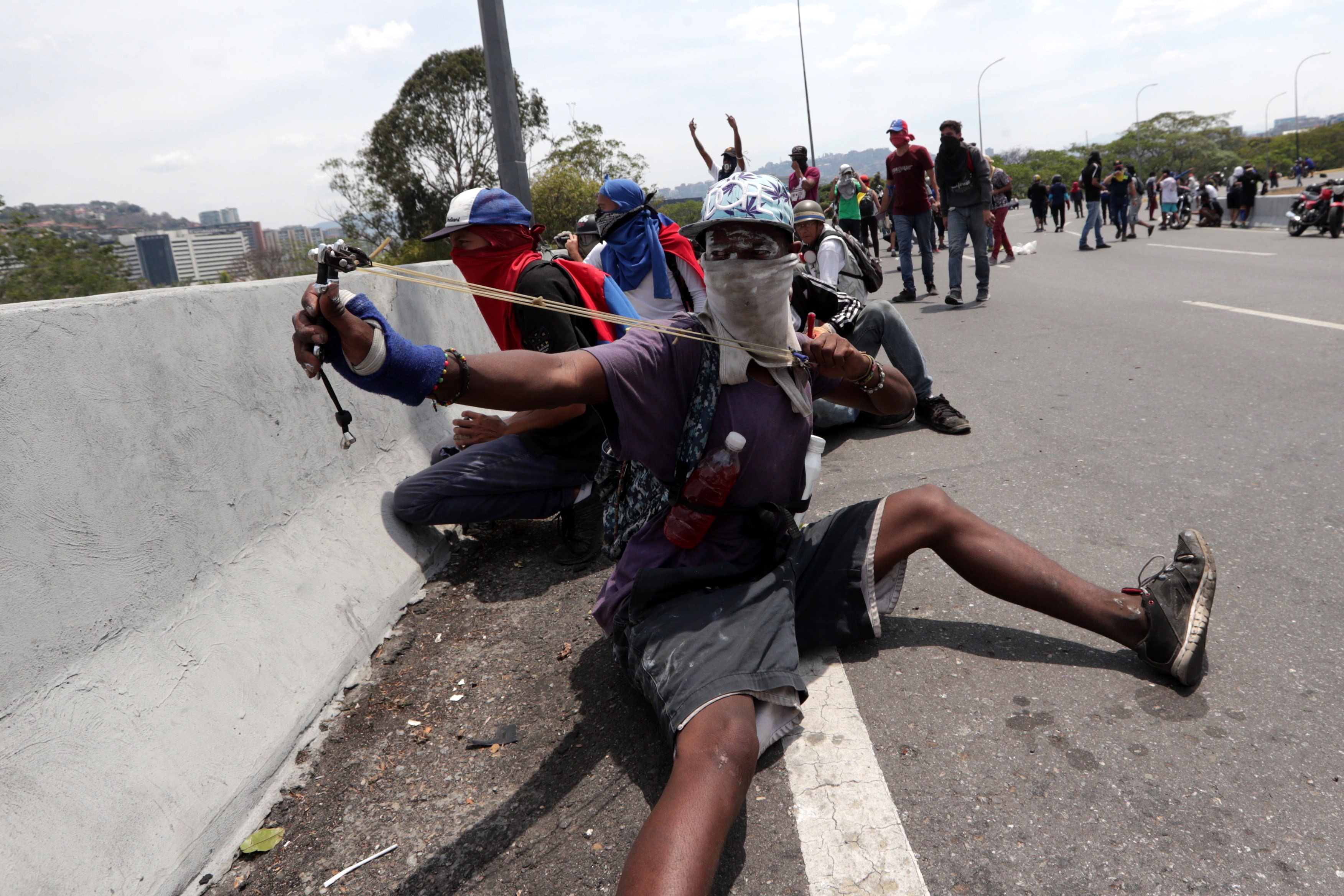 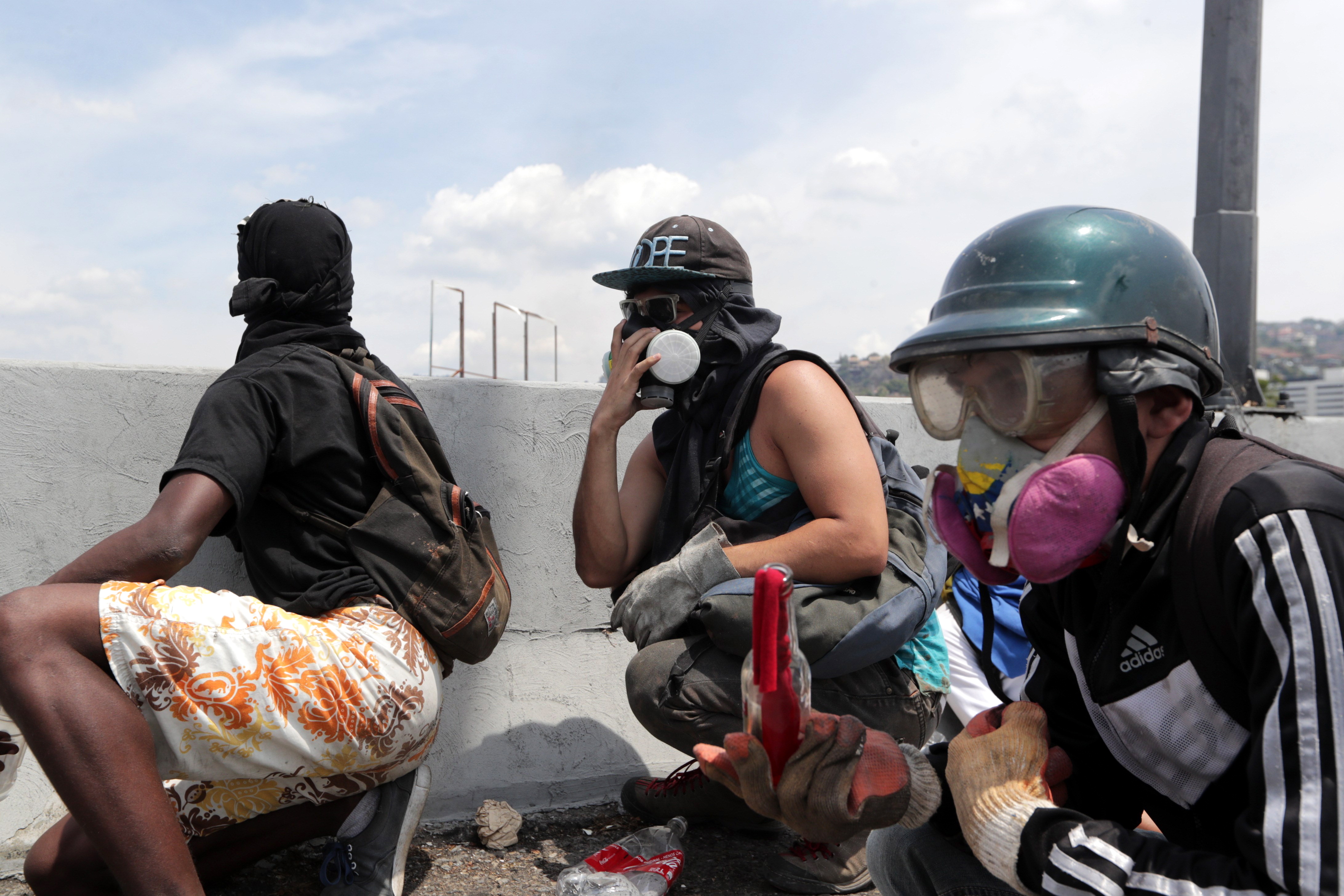 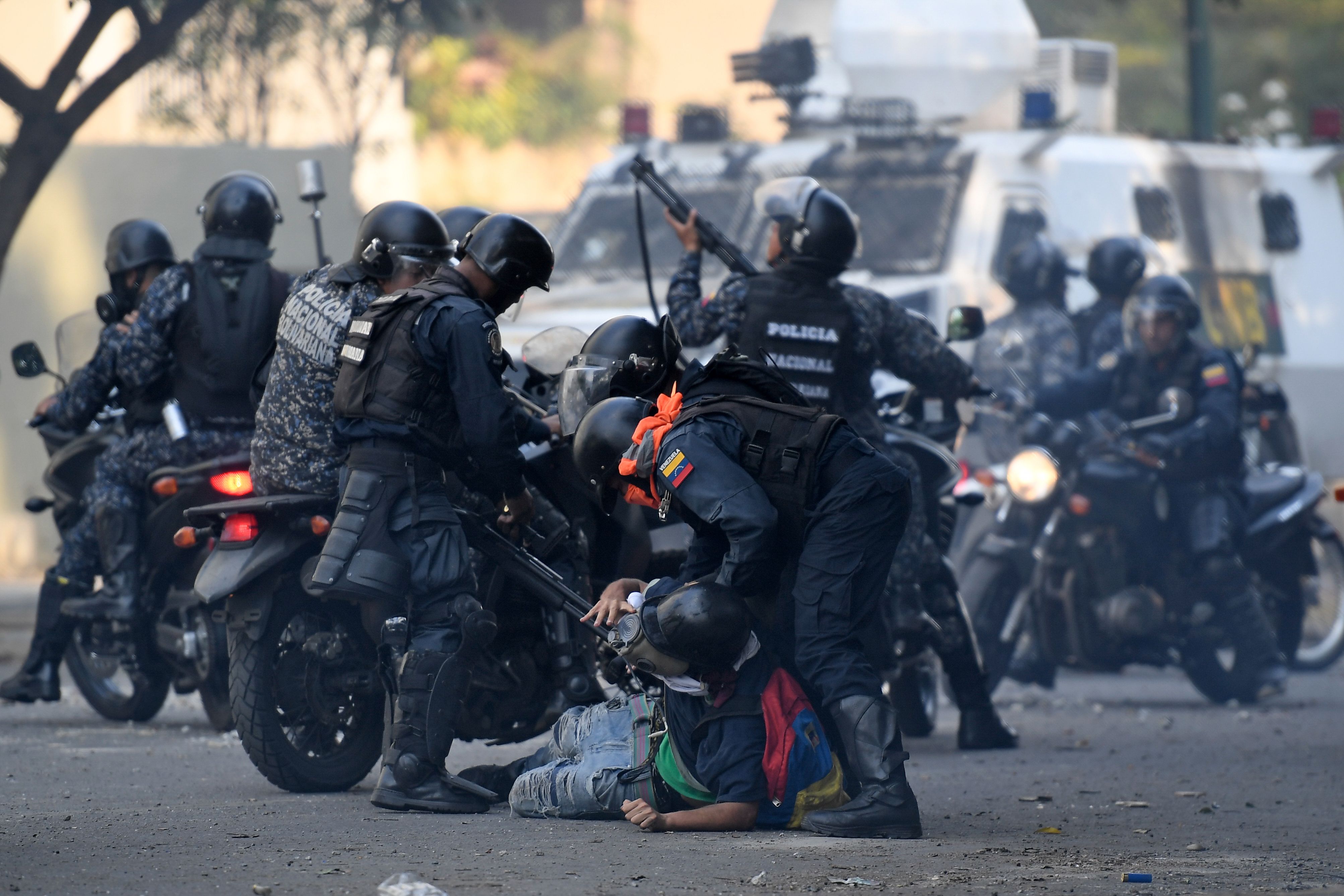 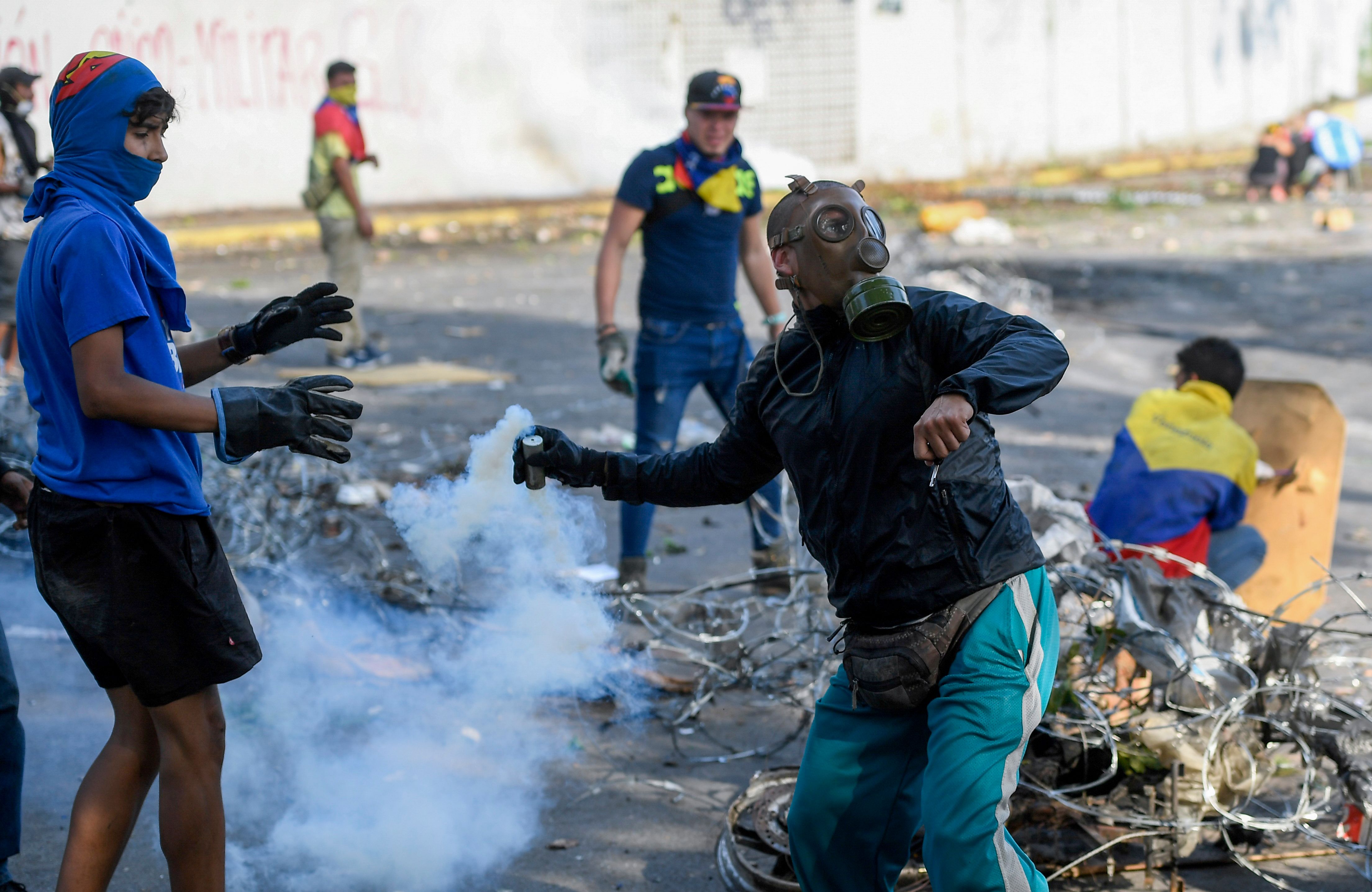 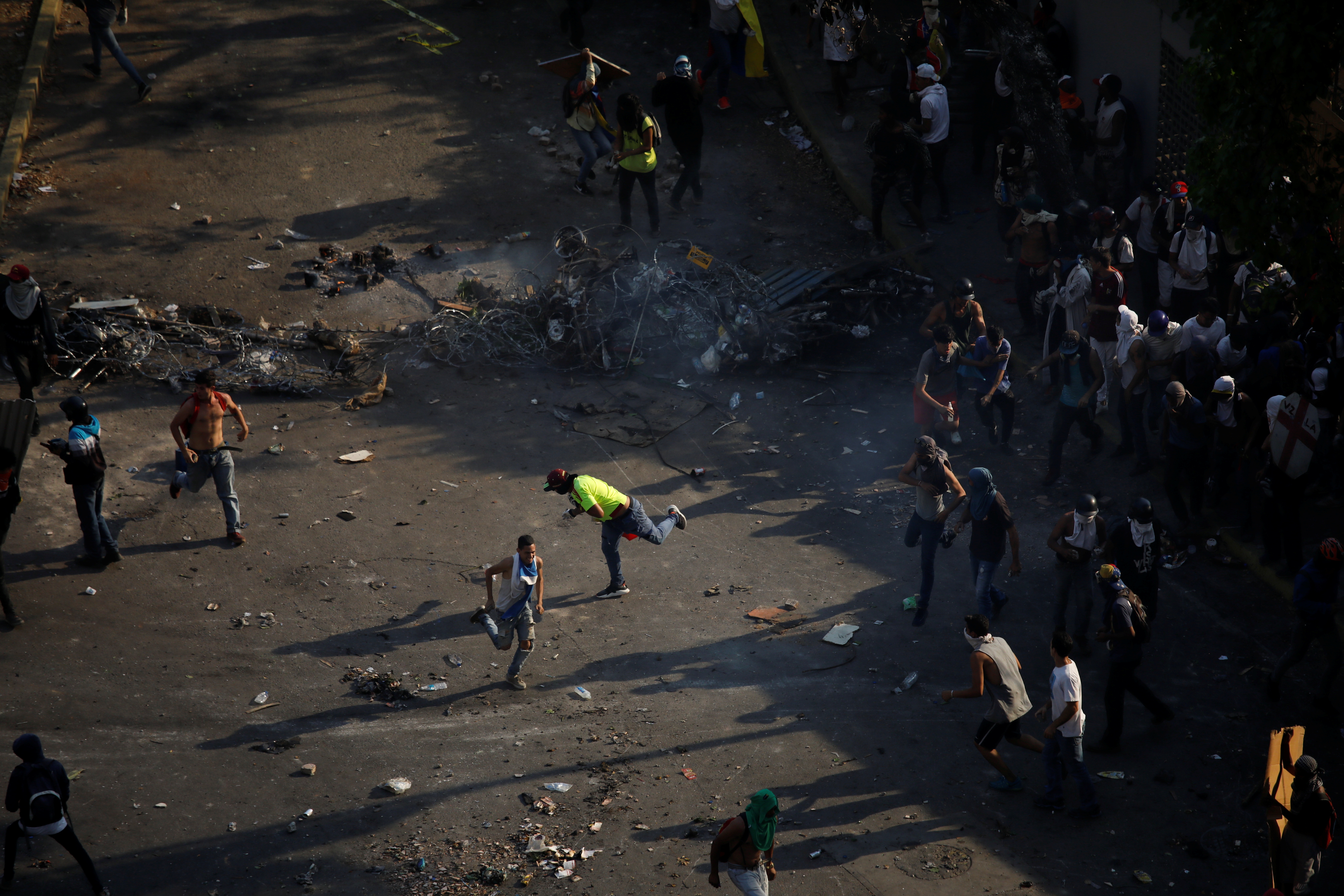