SOLDIERS in Venezuela are abandoning their posts to escape Maduro's brutal socialist regime, according to reports. 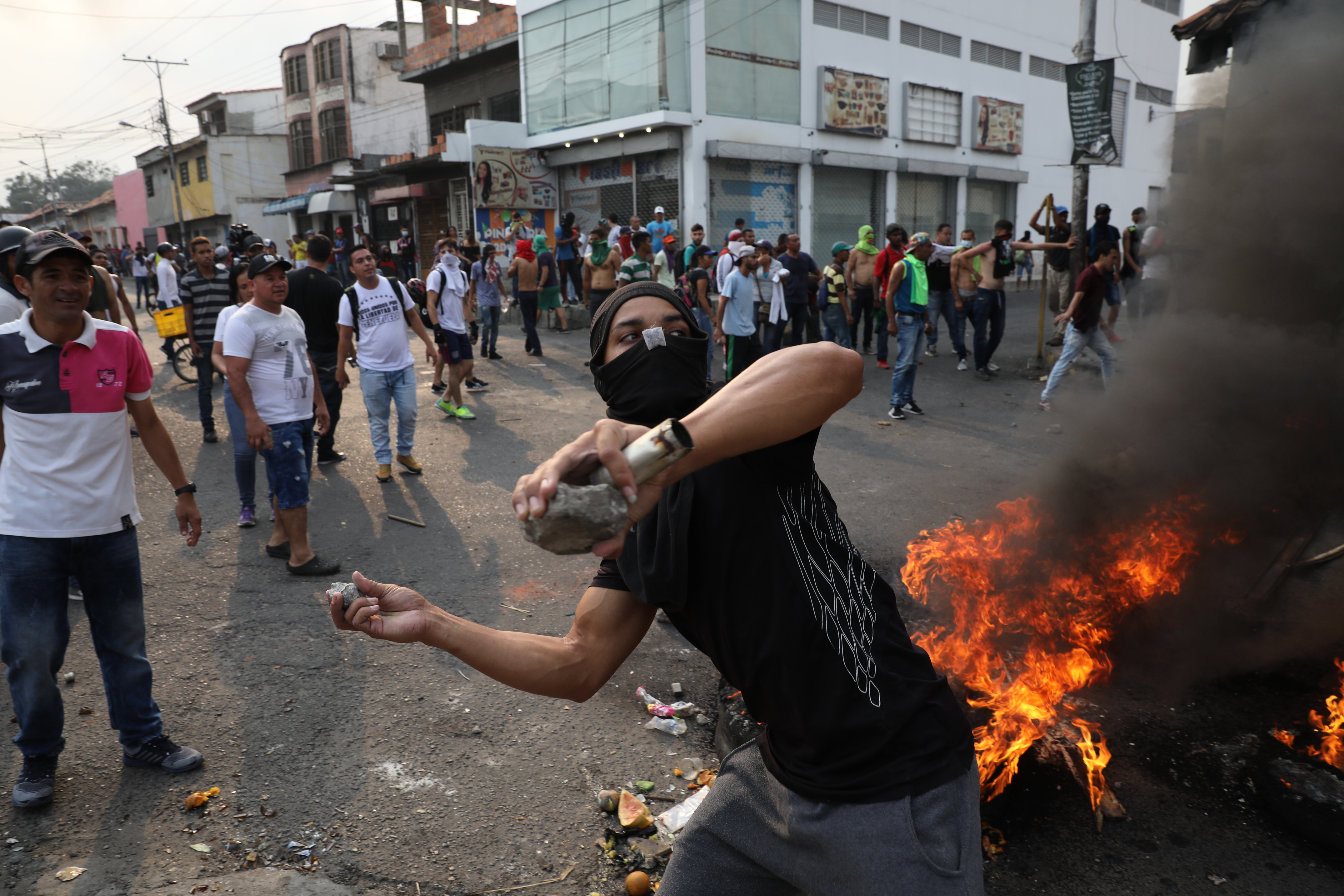 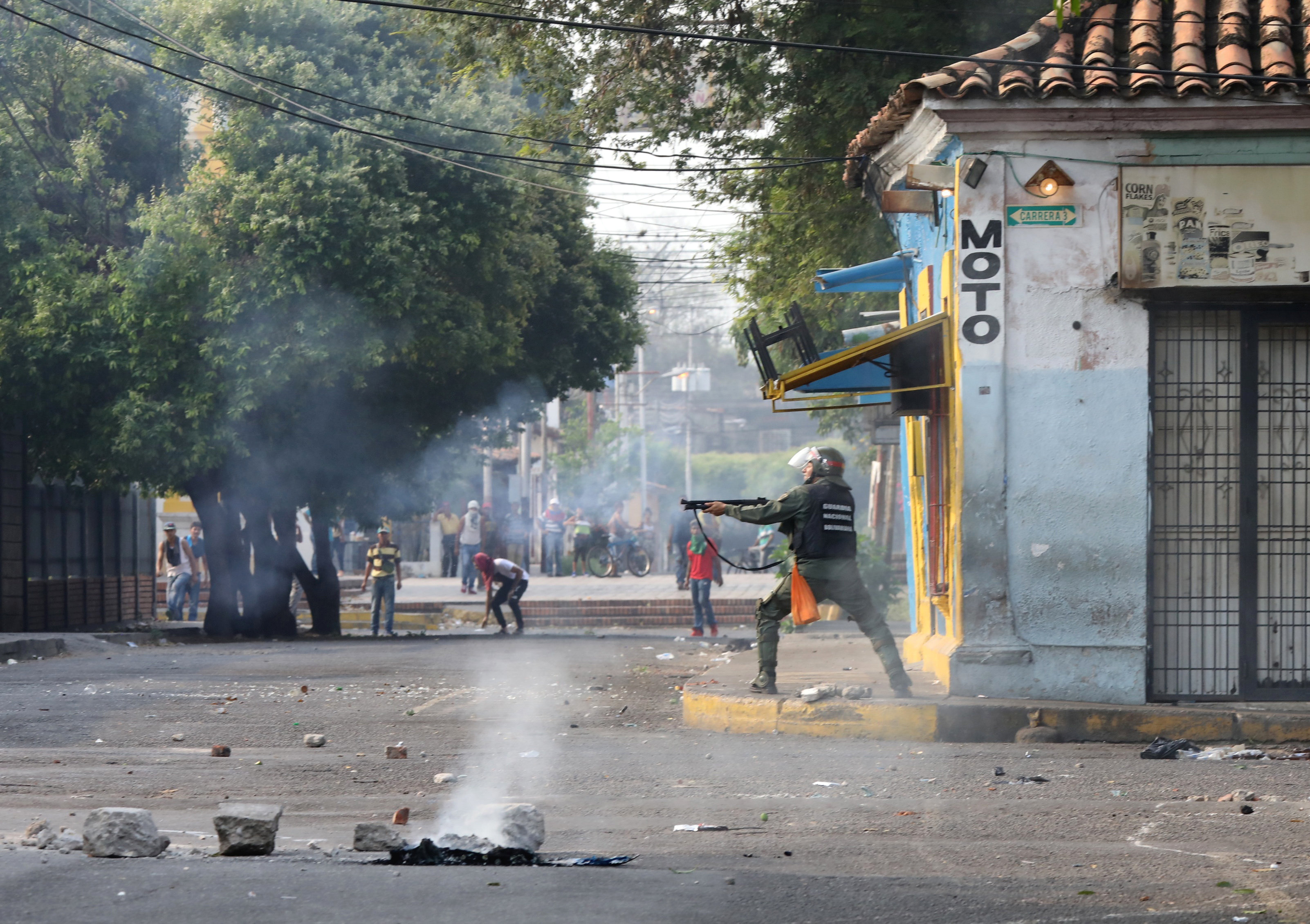 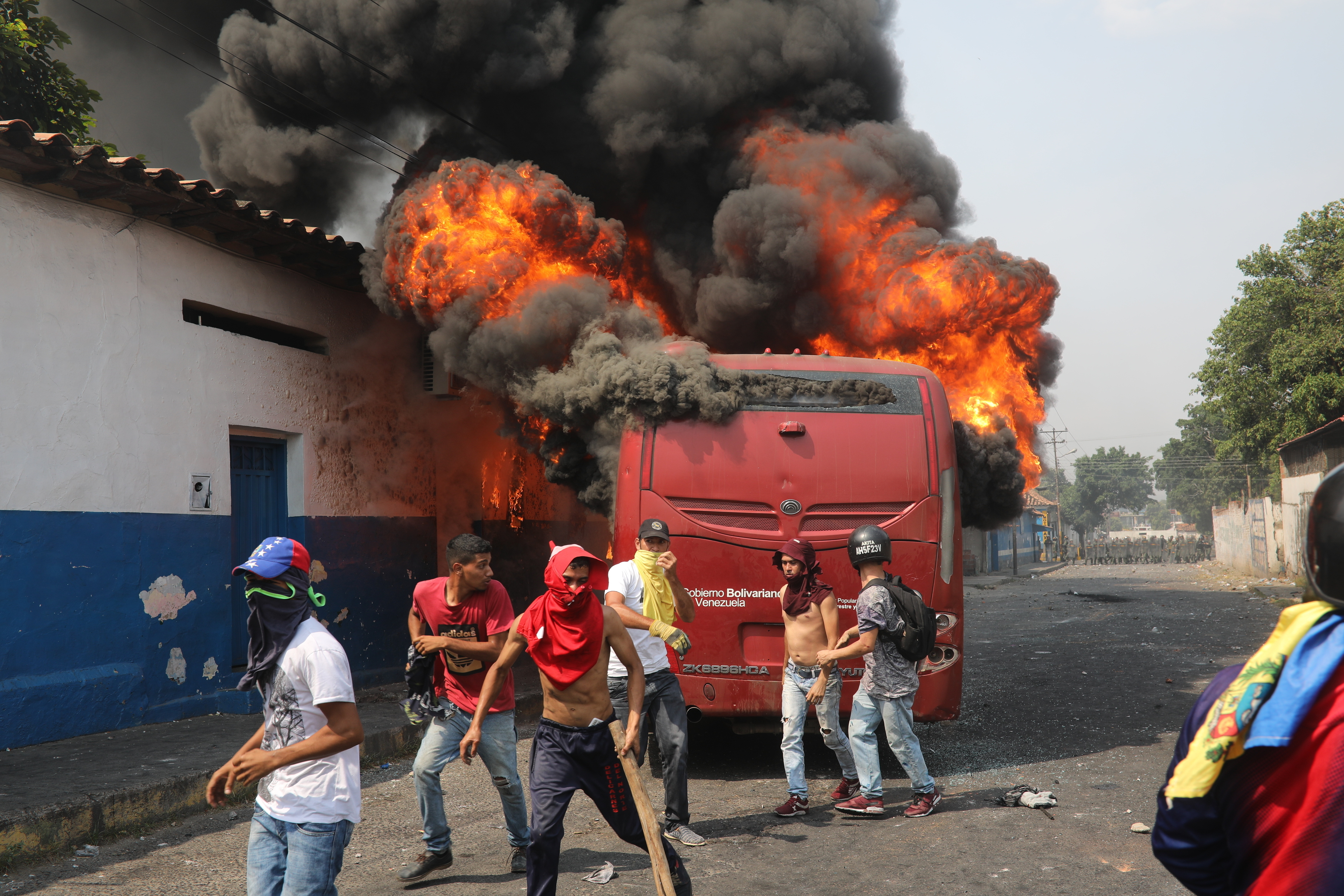 President Nicolas Maduro is attempting to prevent vital US-backed aid coming into Venezuela and has been testing the military's loyalty by making them enforce barricades along borders.

But as civilians have been tearing down barriers to allow the urgently needed medical and food supplies in, troops are using the popular uprising to abandon their posts in direct defiance of Maduro.

Scenes at the Simón Bolivar International Bridge spanning the border between Venezuela and Colombia show soldiers arriving on the Colombian side.

Colombian migration officers released video footage of the troops walking with their pistols and rifles above their heads in surrender after fleeing their homeland.

The young soldiers were then ordered to lay face down on the ground as migration officials urge onlookers to keep a safe distance.

The National Guard also fired tear gas today at workers demanding to cross the border at Ureña into Colombia to work.

Witnesses said the dispersed men covered their faces with their shirts and threw rocks at the guard after setting fire to a bus, causing nearby power lines to spark.

Reports say some humanitarian aid has since entered Venezuela across the Brazilian border.

Interim president Juan Guaido, who is leading the opposition to despotic Maduro, has called for mass protests today to allow the aid to get through.

Members of the National Guard assigned to the Simón Bolivar International Bridge have decided to join those who are rescuing democracy in Venezuela.

Reacting to the soldier's defection, Guaido tweeted: "We're good!
"Venezuela: I hereby confirm that several members of the National Guard assigned to the Simón Bolivar International Bridge have decided to join those who are rescuing democracy in Venezuela.

Earlier today, some Venezuelans were singing their national anthem while others held hands in a prayer circle and asked God to protect their country near the Colombian border.

The protests come after Venezuelan soldiers were ordered to kill innocent civilians on Friday for trying to stop the military blockade.

In the early hours of this morning, a defiant Guaido wrote: "We call on everyone to go out into the streets massively across the country, to show themselves in peace in the barracks to demand [the National Bolivarian Armed Forces of Venezuela] let the humanitarian aid pass.

"Let us now hear the clamour of a whole people who want life, future and freedom."

Two died and at least 12 others were injured when troops opened fire on their own countrymen in the village of Kumarakapay near the Brazilian border.

Roughly 30 million people are suffering with malnutrition in Venezuela at the moment.

But socialist leader Maduro — who came to power in 2013 and was re-elected in a vote deemed fraudulent by many last year — had ordered that the aid be blocked in a bid to cling to power. 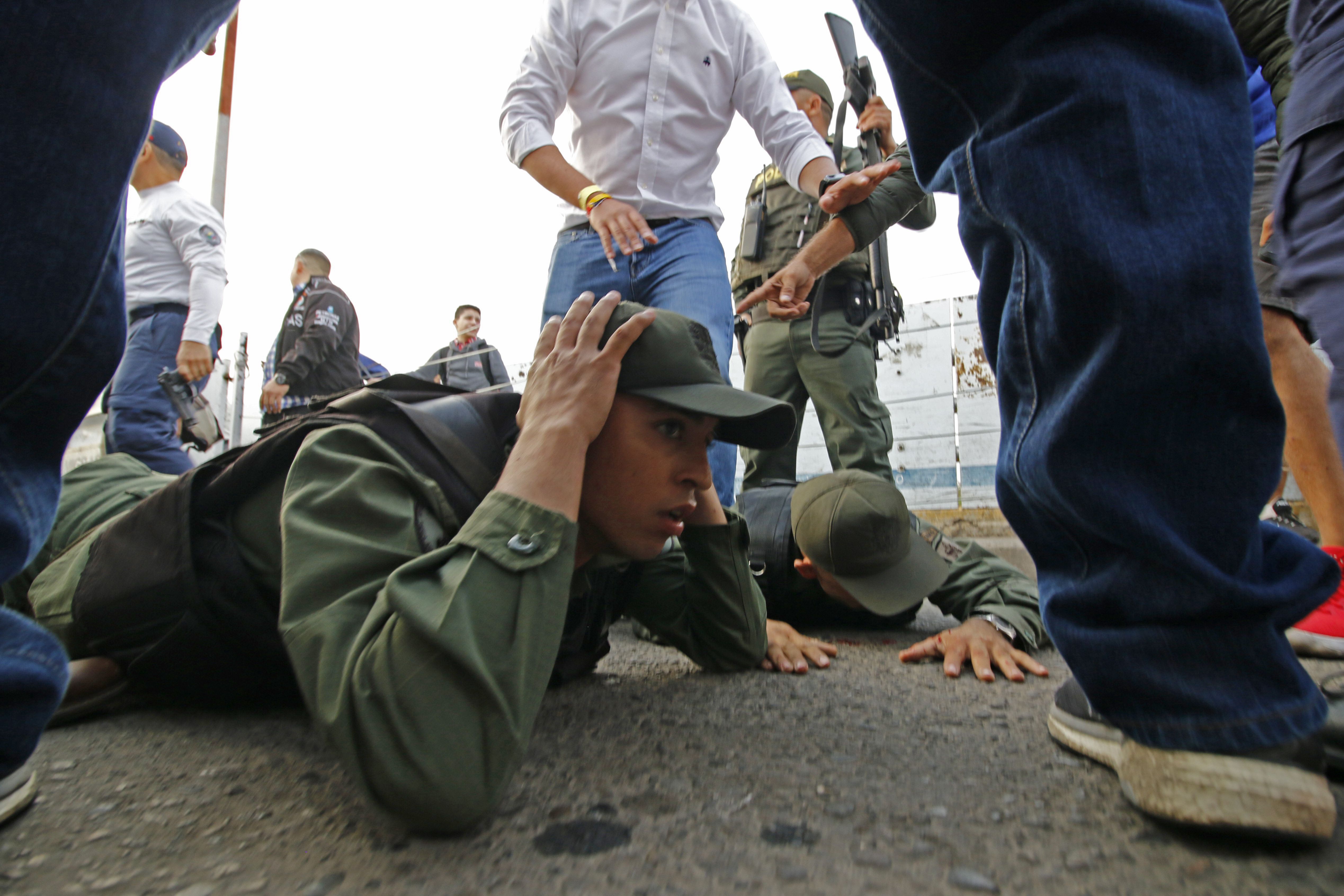 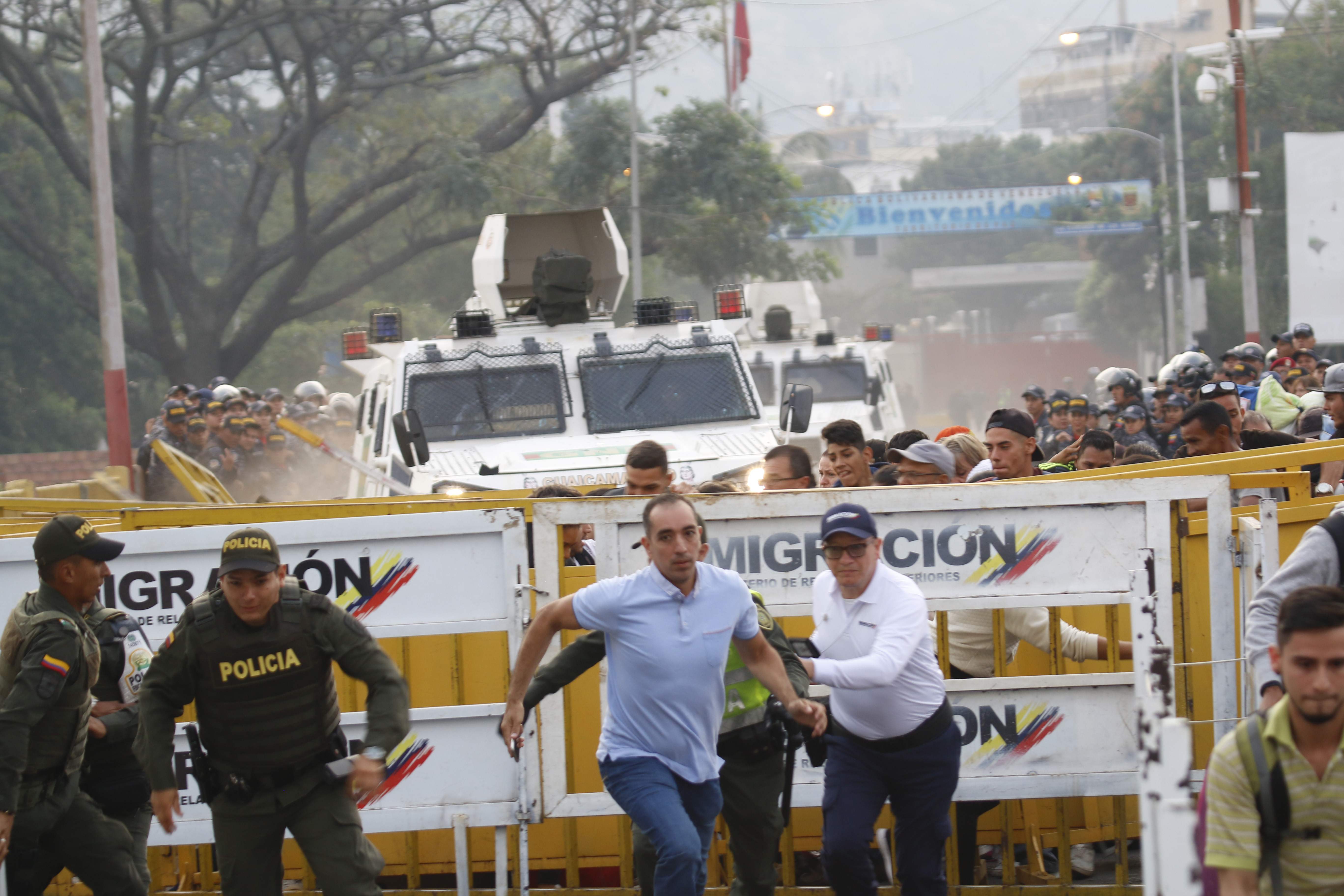 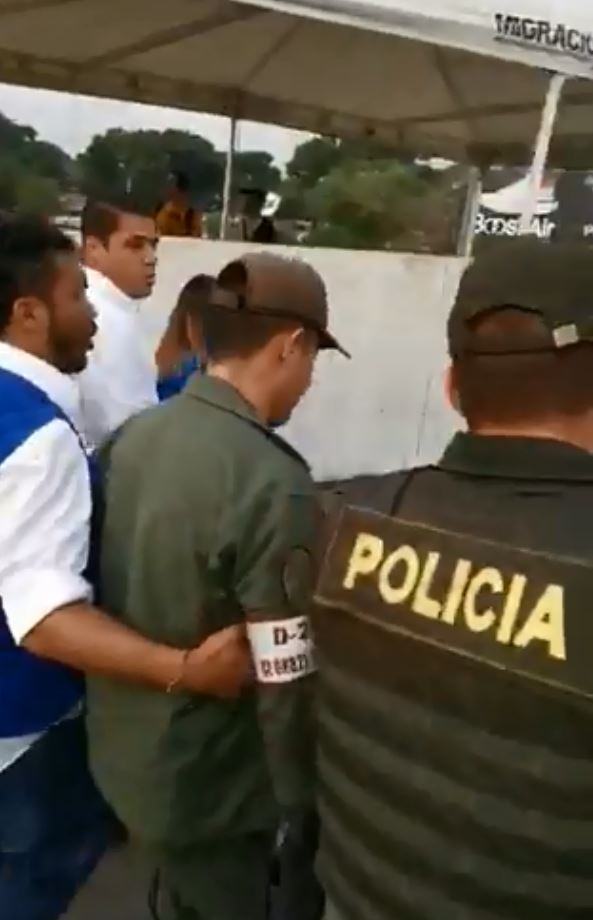 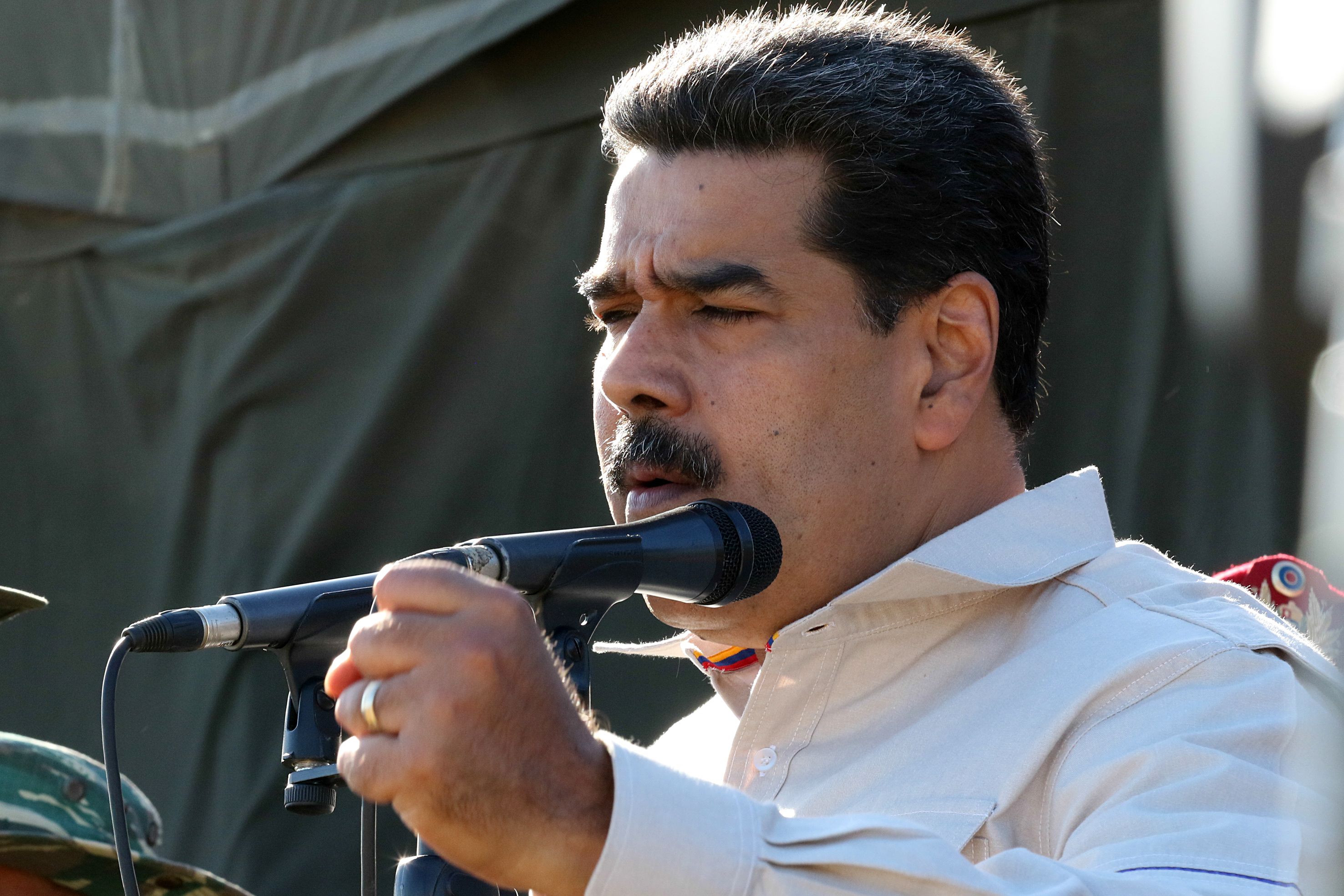