Thousands of Venezuelans were snapped on Sunday ignoring the country’s border blockade and crossing illegally into Colombia.

Among them were Venezuelan mothers forced to carry young children on their backs as they crossed into La Prada, Colombia, which is near the city of Cucuta.

The crowds crossed the border into the neighbouring country, despite a blockade imposed by the Army on orders from President Nicolas Maduro. 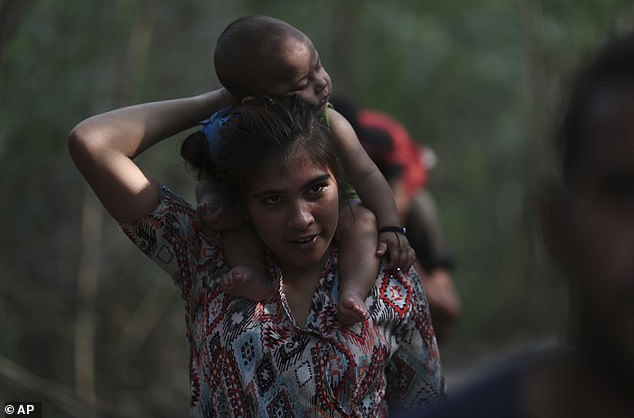 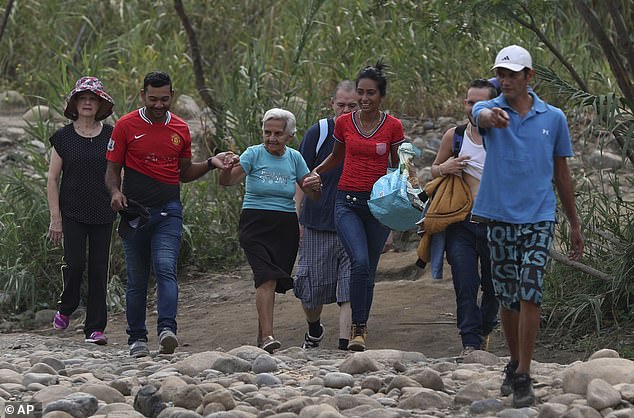 Thousands of Venezuelans make the journey each day across the border into La Prada, Colombia

The blockade was put in place last week to stop international aid from entering the country.

Opposition leader, and self-declared president, Juan Guaido announced he was going the other way on Sunday, tweeting he would return to Venezuela after visiting leaders across Latin America.

He called for nationwide protests on Monday and Tuesday to coincide with his planned return to the country. 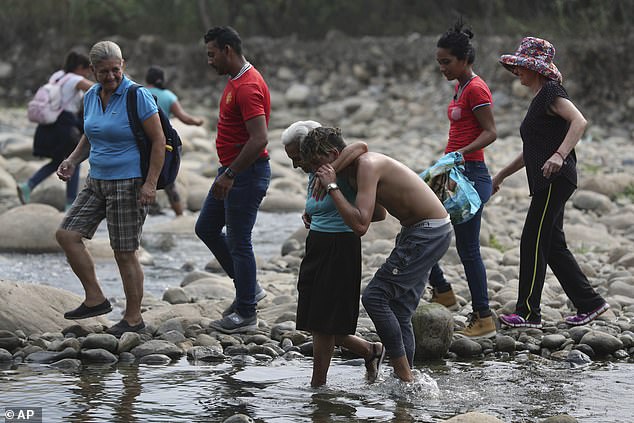 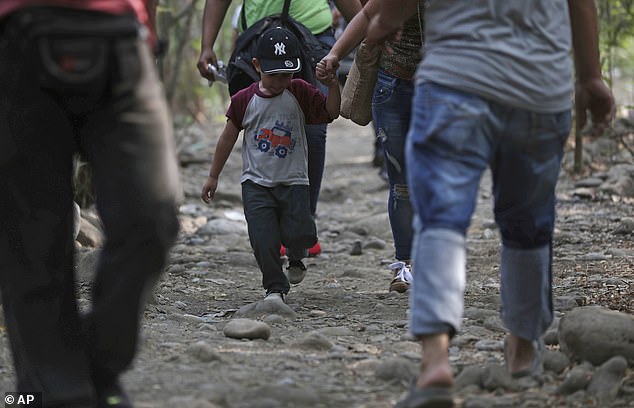 Monday and Tuesday also coincides with Venezuela’s Carnival season, traditionally one of the country’s largest celebrations.

On Sunday, Guaido tweeted that Venezuelans should monitor his official announcements and that he would provide details about meeting points for supporters.

He said his countrymen and women should gather across the nation at 11 am. 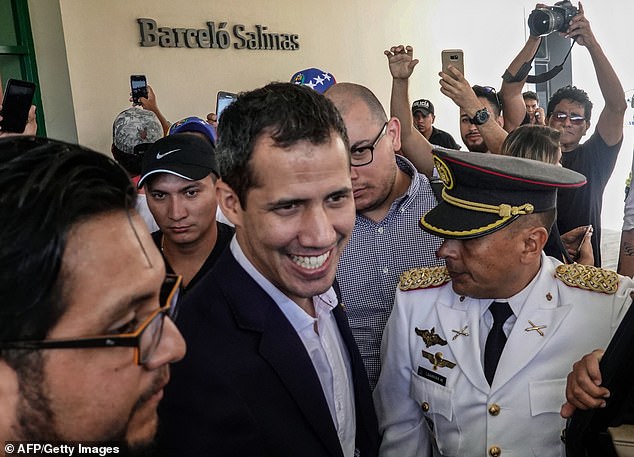 Opposition activists heeded the call and circulated a post on social media telling people to gather on Monday morning at the Alfredo Sadel plaza in Las Mercedes, a shopping and entertainment area in Caracas where protests have been held in the past.

The leader of the National Assembly, who has declared himself president, also tweeted a photo of himself walking across an airfield ahead of his departure from the naval base in Salinas, Ecuador, where he met Ecuadorian President Lenin Moreno on Saturday.

Guaido said he was ‘taking off,’ but did not say where the plane was heading. 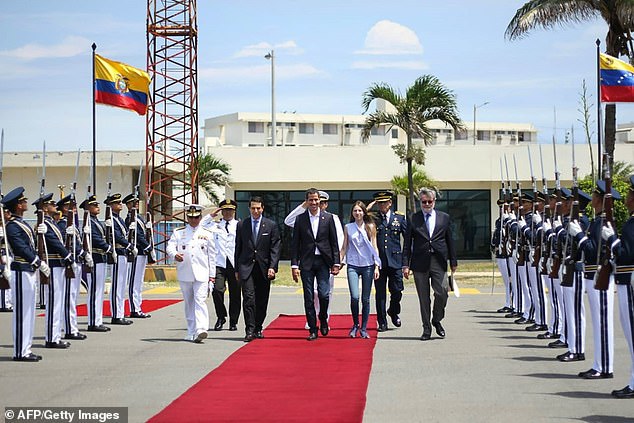 ‘We have little to celebrate and a lot to do,’ he said.

Maduro’s government has not made any official comment about its adversary’s imminent return to Venezuela.

However, it urged Venezuelans to celebrate the Carnival season by traveling to beaches and other holiday spots. 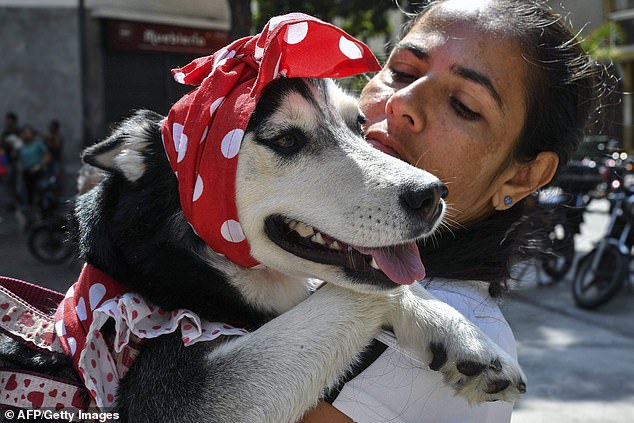 A woman and her dog participating in Carnival’s dog parade in Caracas on Saturday. The planned protests on Monday and Tuesday coincide with the celebration

Guaido declared himself Venezuelan President on the grounds that the country’s 2018 election was rigged, making Maduro’s presidency illegitimate.

He claimed the Presidency by citing Article 233 of the country’s constitution, which says: ‘When the president-elect is absolutely absent before taking office, a new election shall take place…and until the president is elected and takes office, the interim president shall be the president of the National Assembly.’

The United States and about 50 other countries recognize the 35-year-old as Venezuela’s president.

EU foreign policy chief Federica Mogherini has warned against any action by the Venezuelan government against him.

‘Any measure that could put at risk Juan Guaido’s freedom, safety or personal integrity would represent a major escalation of tensions and meet the firm condemnation of the international community,’ he said.