CARACAS (Reuters) – Venezuela’s self-proclaimed interim president, Juan Guaido, said on Thursday that agents from a feared special police unit had called at his home, a sign of increasing pressure on the opposition leader trying to replace socialist President Nicolas Maduro. 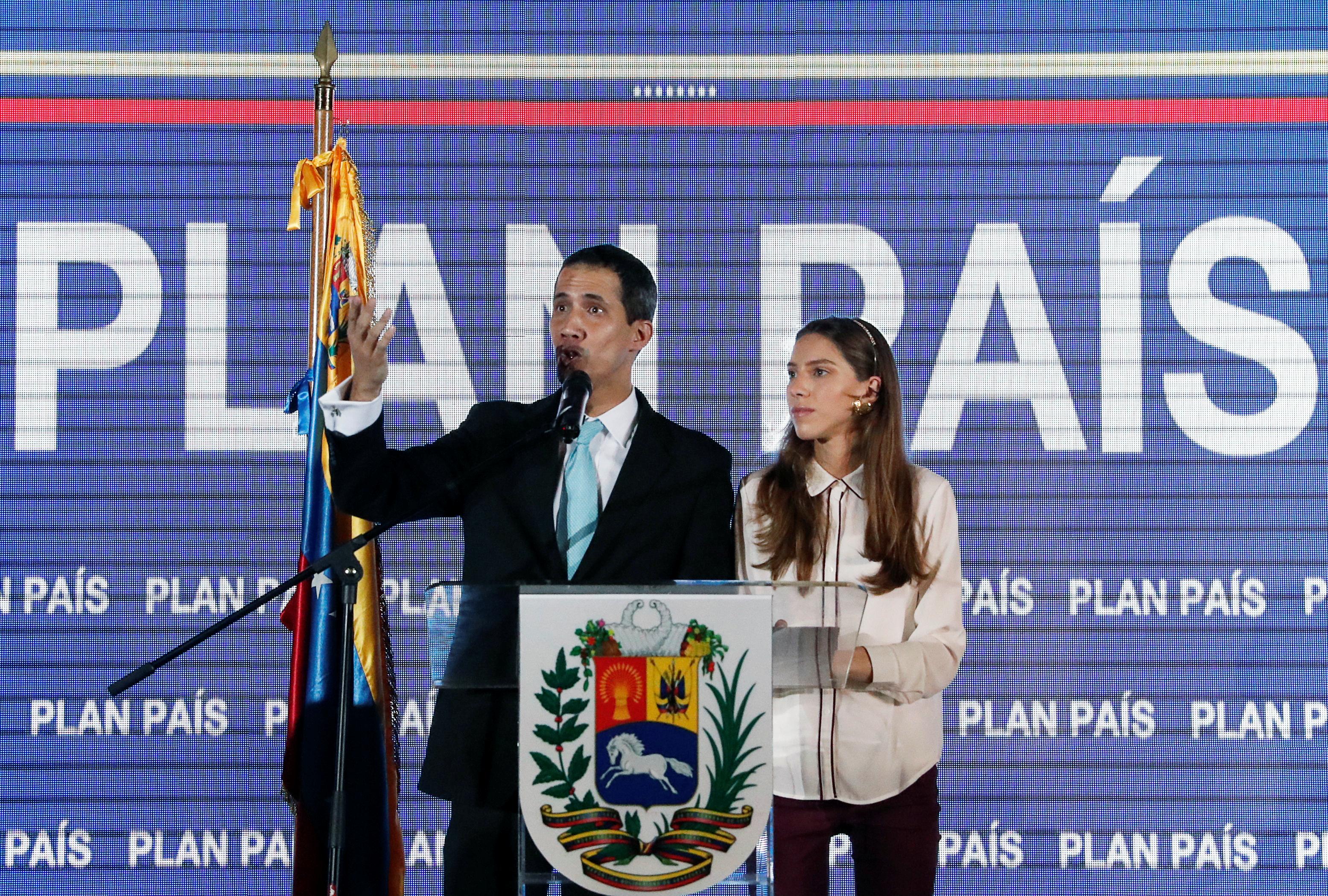 The police had asked for his wife, who was at home with their 20-month old daughter while he was out at an event, said Guaido.

“I will hold you responsible for any threat to my baby,” Guaido said at the end of a public event in Caracas. Guaido, the 35-year-old leader of the National Assembly, then left for home, asking diplomats to accompany him.

The United States, which backs Guaido, has warned of “serious consequences” if Maduro’s government harms him.

The political fight between Maduro, sworn in for a disputed second term this month, and Guaido has drawn in foreign powers on both sides.

On one side of the tussle for control of Venezuela – an OPEC member with the world’s largest oil reserves but in dire financial straits – Guaido and Western backers led by the United States are insisting on an immediate transition and fresh elections.

On the other, Maduro, with backing from Russia, China and Turkey, says he will remain for his second six-year term despite accusations of fraud in his re-election last year and the economic meltdown. He has accused the opposition of attempting a U.S.-backed coup.

“Coercion, whether military or economic, must never be used to seek a change in government in a sovereign state,” said Idriss Jazairy, a U.N. special rapporteur studying the negative impact of sanctions.

“The use of sanctions by outside powers to overthrow an elected government is in violation of all norms of international law,” he said in a statement in Geneva.

Maduro, who first took office in 2013, has faced waves of protests in recent years as he presided over the collapse of the economy, with hyperinflation and chronic food shortages. Some 3 million Venezuelans have left the country.