Left hand down a bit! Watch baffled driver trying to get out of garage after parking horizontally across doorway in the US

This is the baffling moment a BMW driver tried to move their car from a garage which had been parked horizontally across the entrance.

The unidentified driver was filmed from across the street in Young, Gila County, Arizona on February 5.

Footage captured on a cellphone shows the driver rolling forward and back while trying to maneuver out of the tight space. 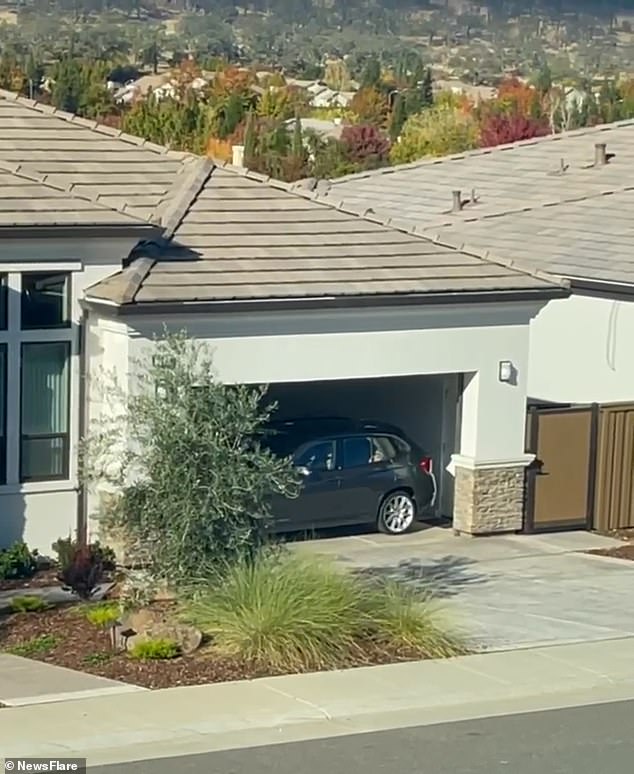 For some strange reason the driver appeared to leave their car parked horizontally across, inside the garage of the home in Young, Gila County, Arizona 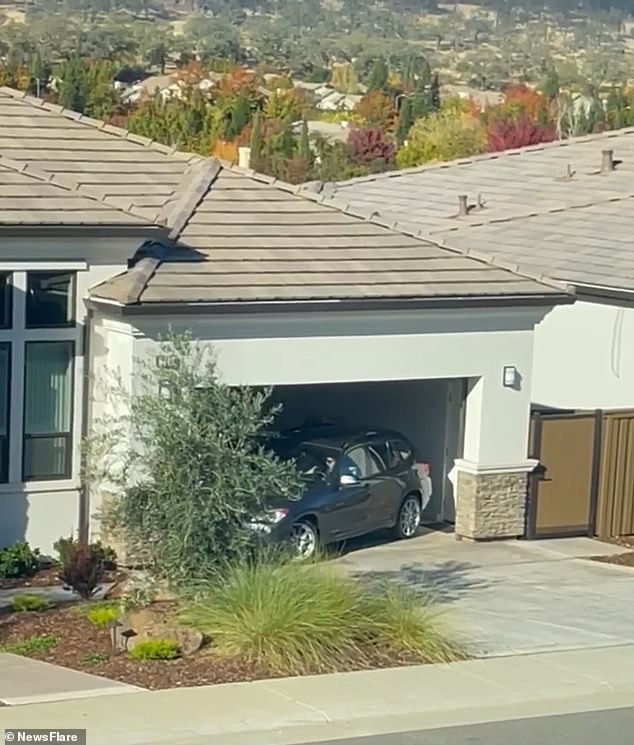 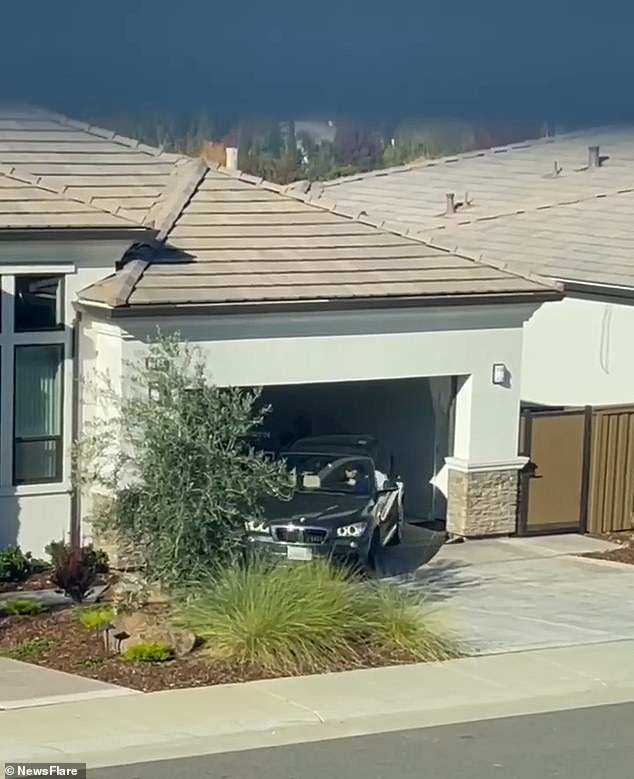 After about one minute, the driver was able to successfully able to navigate onto the drive

The motorist spent almost a minute struggling to make their way to the drive way.

The town has a population of 666 people and is at an elevation of 5,188 feet above sea level.

The area is famous for the world’s oldest continuous rodeo .

Although, the motorist was more successful than a driver who lost the doors of his car after failing to engage the handbrake in Phuket, Thailand.

The incident in October 2021 shows  the man pulling into the driveway. He gets out without closing his door and a woman comes out of the house to greet him.

She greets a child inside the car when the Prius suddenly starts rolling backwards.

The man and woman try and fail to stop the car from rolling backwards into the road by holding the open doors.

The Toyota’s doors then snap as they hit entrance pillars and rolls into an empty road before the man and woman take the child to safety.

The driver was left counting his lucky stars as there was no oncoming traffic in the road or this parking gaffe could have led to tragedy.

The driver and passenger also narrowly avoided being crushed by the doors of the 1.53 tonne Prius as they tried to hold it back. 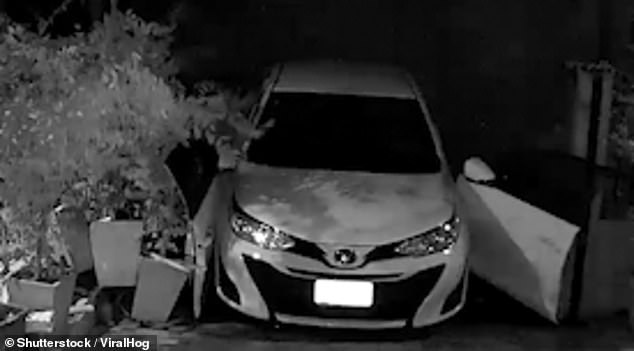