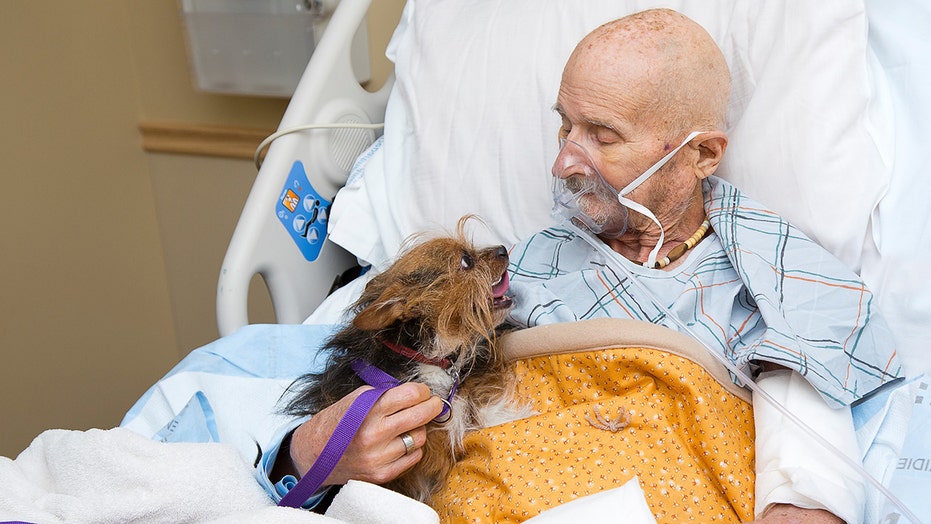 A New Mexico veteran who served with the Marines in Vietnam said a final goodbye last week to the beloved dog he had to put up for adoption when he entered hospice care.

John Vincent was reunited with Patch, a 5-year-old Yorkie, for one last time Thursday at the Hospice Center at the Raymond G. Murphy VA Medical Center in Albuquerque, according to reports. 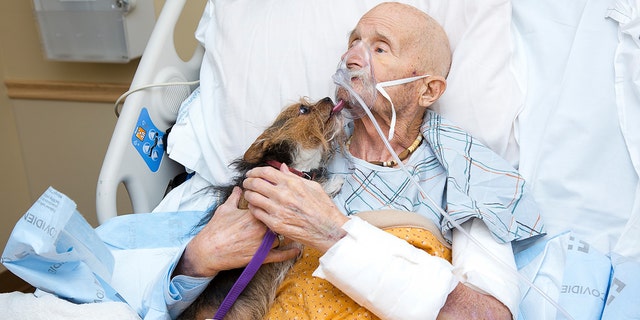 Vincent, 69, was admitted to the hospice center last week and was forced to take Patch to an Albuquerque Animal Welfare shelter because he had no family in New Mexico. Shelter officials said Vincent may not have much time left.

He told Amy Neal, a social worker at the hospice center, that he had only one request—to see Patch one last time.

“When the request came in, it was an immediate ‘absolutely,’ and let’s do whatever we can to get it done,” Animal Welfare director Danny Nevarez said, according to the paper. “It was as simple as getting Patch over here.”

Vincent enlisted in the Marines for three years and served in Vietnam, the paper reported. 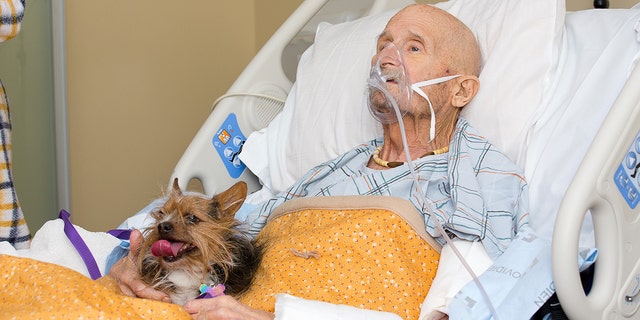 He told the hospice center his only request was to see his dog one last time.
(Albuquerque Animal Welfare Department)

He rode a Harley and would take Patch with him on rides. The dog had its own pair of tiny goggles, according to the paper.

Animal Welfare posted photos of the reunion on its Facebook page Friday with a post that reported Vincent and Patch were so happy to see each and to say their goodbyes.

“It was an honor to make this veteran's final wish come true,” the post continued.

The shelter reported that Patch has found a new owner and will be leaving for a new home soon.