NEW YORK (Reuters) – The world’s most infamous cartel boss Joaquin “El Chapo” Guzman, who rose from poverty in rural Mexico to amass billions of dollars, was found guilty in a U.S. court on Tuesday of smuggling tons of drugs to the United States over a violent, colorful, decades-long career.

Jurors in federal court in Brooklyn convicted Guzman, 61, head of the Sinaloa Cartel, on all 10 counts brought by U.S. prosecutors.

Richard Donoghue, the U.S. Attorney for the Eastern District of New York, said he expected Guzman to receive life without parole when sentenced on June 25. “It is a sentence from which there is no escape and no return,” Donoghue told reporters.

More than 250,000 homicides have been registered in Mexico since the government launched an aggressive war on cartels in 2006, during which Guzman and his exploits became almost legendary. About 150,000 of those deaths were tied to organized crime.

Guzman staged two dramatic escapes from Mexican high-security prisons and cultivated a Robin Hood image among the poor in his home state of Sinaloa.

Guzman sat and showed no emotion while the verdict was read. Once the jury left the room, he and his wife Emma Coronel, put their hands to their hearts and gave each other the thumbs up sign. His wife shed tears.

Guzman, whose nickname means “Shorty,” was extradited to the United States for trial in 2017 after he was arrested in Mexico the year before.

Though other high-ranking cartel figures had been extradited previously, Guzman was the first to go to trial instead of pleading guilty.

The 11-week trial, with testimony from more than 50 witnesses, offered an unprecedented look at the inner workings of the Sinaloa Cartel, named for the state in northwestern Mexico where Guzman was born in a poor mountain village.

The U.S. government said Guzman trafficked tons of cocaine, heroin, marijuana and methamphetamine into the United States over more than two decades, consolidating his power in Mexico through murders and wars with rival cartels.

Small in stature, Guzman’s smuggling exploits, the violence he used and the sheer size of his illicit business made Guzman the world’s most notorious drug baron since Colombia’s Pablo Escobar, who was shot dead by police in 1993.

Guzman’s lawyers say he was set up as a “fall guy” by Ismael “El Mayo” Zambada, a powerful drug lord from Sinaloa who remains at large.

Jeffrey Lichtman, a lawyer for Guzman, told reporters after the verdict that the defense faced an uphill fight, given the amount of evidence the government presented, and the widespread perception that Guzman was already guilty.

“This was a case that was literally an avalanche, avalanche of evidence,” Lichtman said. “Of course we’re going to appeal.”

The most detailed evidence against Guzman came from more than a dozen former associates who struck deals to cooperate with U.S. prosecutors.

They told jurors how the Sinaloa Cartel gained power in the 1990s, eventually coming to control almost the entire Pacific coast of Mexico. 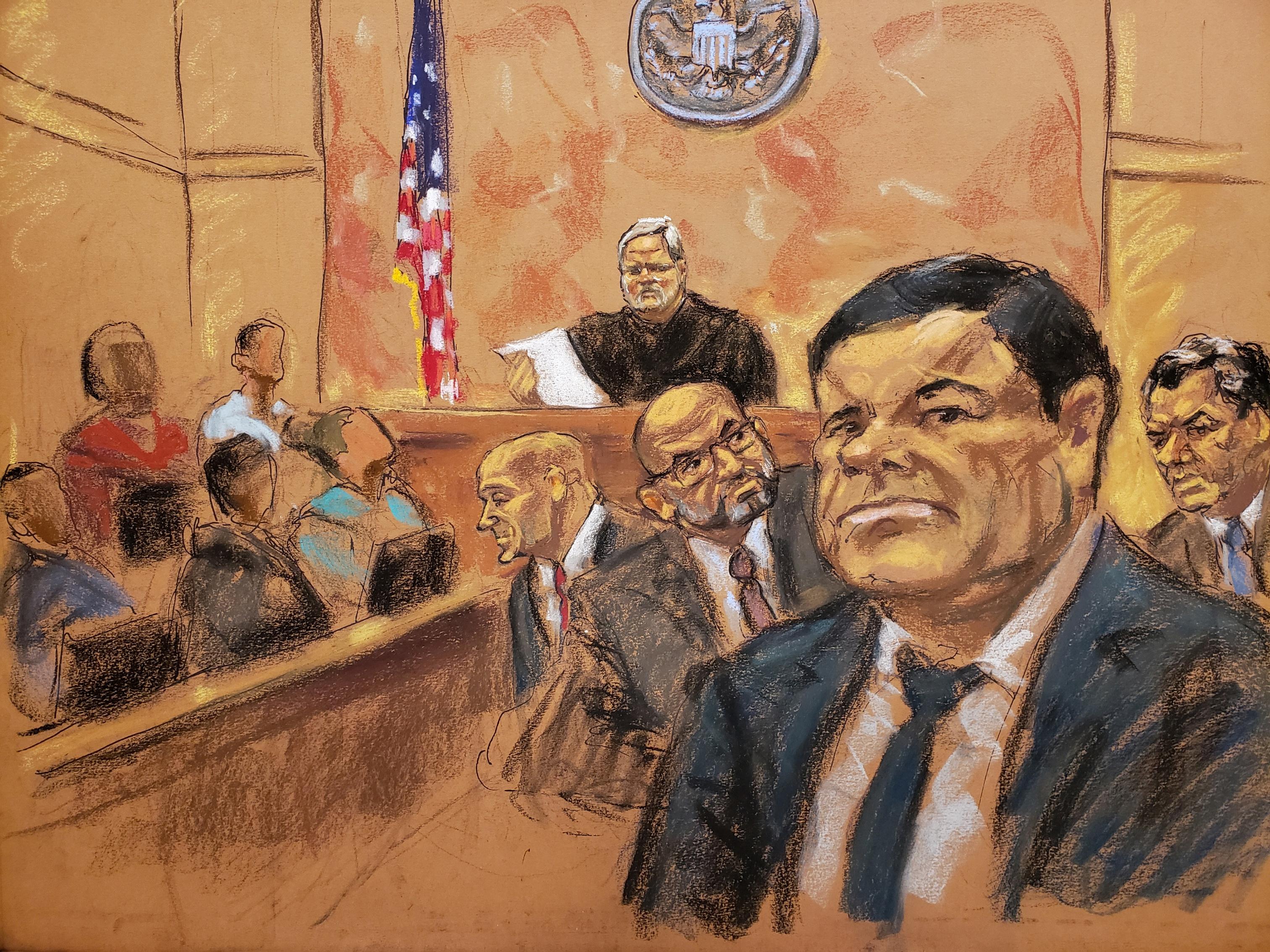 Guzman made a name for himself in the 1980s as “El Rapido,” the speedy one, by building cross-border tunnels that allowed him to move cocaine from Mexico into the United States faster than anyone else.

The witnesses, who included some of Guzman’s top lieutenants, a communications engineer and a onetime mistress, described how he built a sophisticated organization reminiscent of a multinational corporation.

He sent drugs northward with fleets of planes and boats, and had detailed accounting ledgers and an encrypted electronic communication system run through secret computer servers in Canada, the court heard.

A former bodyguard testified that he watched Guzman kill three rival drug cartel members, including one victim who he shot and then ordered to be buried even as he was still gasping for air.

U.S. District Judge Brian Cogan told the jurors after the verdict that it was up to them to decide to talk to the media, but that he would advise against it. “Once that door is open, it can’t be closed again,” he said.

Estimates of how much money Guzman made from drugs vary. In 2009, Forbes Magazine put him on its list of the world’s richest people, with an estimated $1 billion. It later dropped him from the list, saying it was too difficult to quantify his assets.

The U.S. Justice Department said in 2017 it sought forfeiture of more than $14 billion in drug proceeds and illicit profits from Guzman.

The most shocking allegation of corruption during the trial came from Guzman’s former top aide Alex Cifuentes, who accused former Mexican president Enrique Pena Nieto of taking a $100 million bribe from Guzman. A spokesman for the ex-president has denied the claim.

In one of the trial’s final days, Guzman told the judge he would not testify in his own defense. The same day, he grinned broadly at audience member Alejandro Edda, the Mexican actor who plays Guzman in the Netflix drama “Narcos.”

Despite his ties to government officials, Guzman often lived on the run. Imprisoned in Mexico in 1993, he escaped in 2001 hidden in a laundry cart and spent the following years moving from one hideout to another in the mountains of Sinaloa, guarded by a private army. 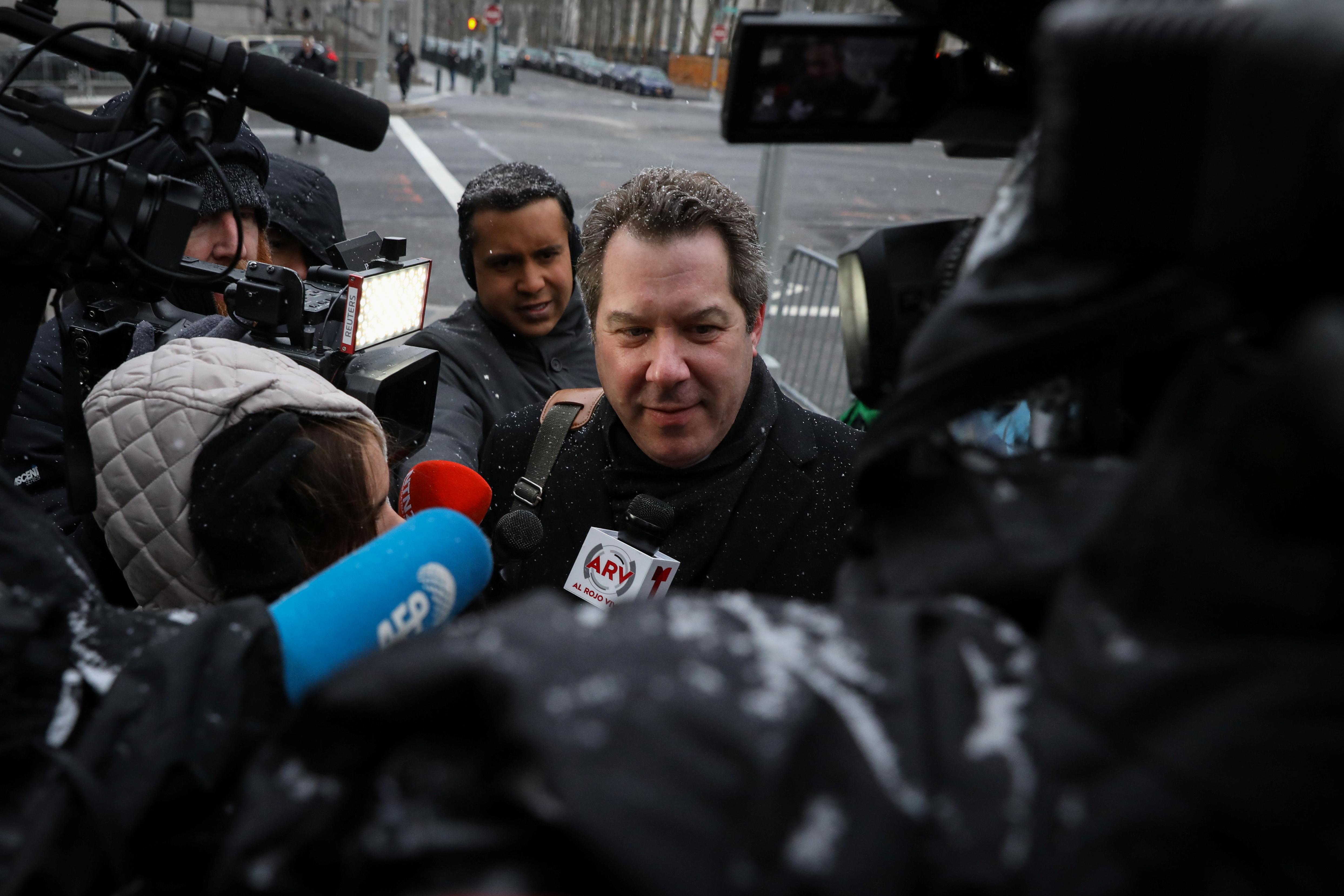 He was seized again in 2014, but pulled off his best known escape the following year when he disappeared into a tunnel dug into his cell in a maximum security prison.

But the Mexican government says he blew his cover through a series of slip ups, including an attempt to make a movie about his life. He was finally recaptured in January 2016.

Despite Guzman’s downfall, the Sinaloa Cartel still has the biggest U.S. distribution presence of Mexican cartels, followed by the fast-growing Jalisco New Generation Cartel, according to the U.S. Drug Enforcement Administration.

Together, they are the biggest producers of drugs sold on U.S. streets.