Violent thug who did THIS to woman with dementia is spared jail: Man, 58, beat woman, 62, ‘like a boxer’ when she asked him to stop hitting his dog… but walks out of court a free man

A man who punched a woman with dementia in the face ‘like a boxer’ when she asked him to stop hitting his dog has avoided prison time.

At the time of the assault, Joy, of Eccles in Salford, was wearing a badge which read: ‘I have Alzheimer’s. Please be patient.’

She was diagnosed with dementia eight years ago and forced to give up her career as a carer – and her ensuing campaigning won her praise from ex-Prime Minister David Cameron.

Joy’s ordeal began as she pulled into a picnic lay-by for a cup of tea and was left hospitalised with a bloody nose and fractured eye socket after Bairstow ‘punched her like a boxer’.

She says she still suffers flashbacks in the wake of her assault, and months after the incident, she tried to take her own life. 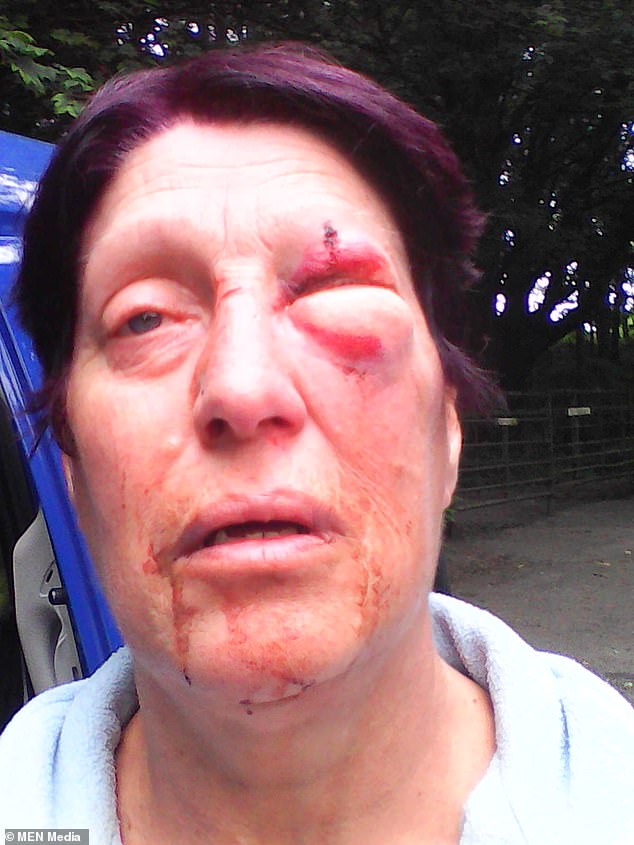 Joy Watson, 62, of Eccles in Salford was left hospitalised with a bloody nose and fractured eye socket after being punched ‘like a boxer’ 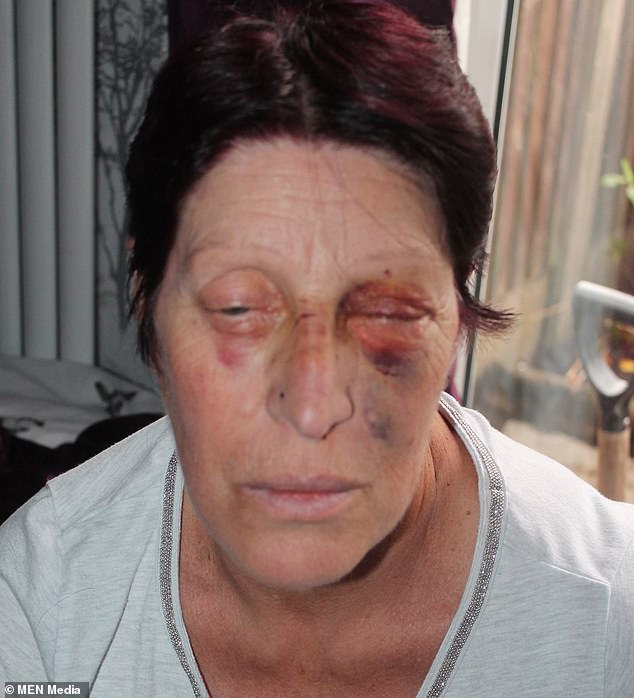 The former carer had pulled into a lay-by near Driffield, East Yorkshire to have breakfast when she was assaulted by Alan Bairstow

Joy’s nightmare began on the morning of in July 7, 2019, when she pulled into a lay-by in Bracey Bridge near Driffield in East Yorkshire to have breakfast at roadside cafe.

Joy noticed Bairstow fighting with his Alsatian which was pulling and tugging – leading her to tell him to stop attacking his dog or she would report him.

She recalled: ‘I didn’t have a jacket on, so my dementia badge would have been clear.’

She then says Bairstow ‘went ballistic’.

‘He thumped me, like a boxer, not a push. I think he saw my badge and must have considered me to be a soft touch.

‘I went down and hit my head on the concrete ground. My nose was gushing with blood.

‘The worst bit was the fear of losing my sight and he stole my independence from me. In that sense I feel bereaved.’ 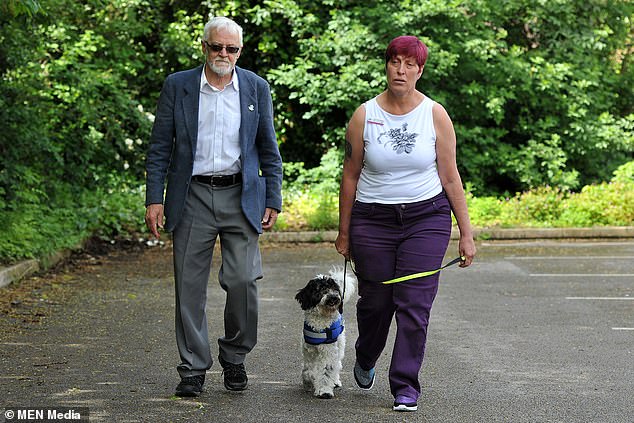 Joy and her husband Tony (left) had to wait more than a year and a half for their case to be heard in court. Joy told jurors how she tried to take her own life in the wake of her attack

He was sentenced at Sheffield Crown Court and handed a six-month prison term, suspended for a year. He must also pay Joy compensation of £1,200.

Joy and her husband Tony had to wait 19 months for the case to be heard in court.

Tony, speaking after the sentencing, said: ‘We are disappointed. I think six months suspended is a slap on the wrist and if he was not on benefits I am sure he would have to pay more in compensation.

‘I think he has got off lightly really after what he put Joy through. But at least, after two years, it is over.’

Joy told those jurors that she had tried to take her life in December 2019 as she ‘could not copy any more with flashbacks.’

In a victim impact statement read in court, Joy told Bairstow: ‘I want you to know just how much you stole from me that day.

‘I was a very adventurous, independent lady. All that disappeared in one mighty thump to my face. 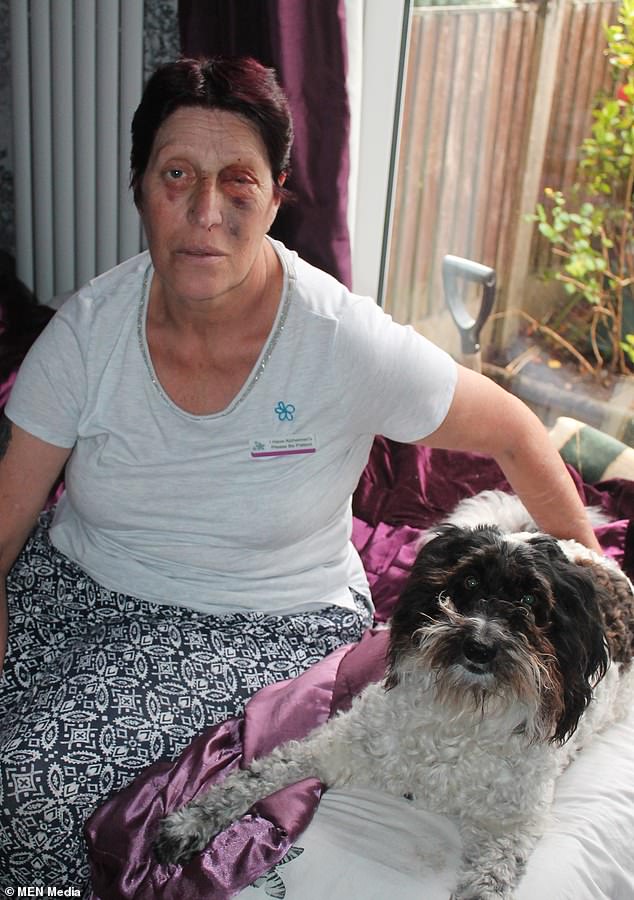 At the time of her assault, Joy was wearing her badge (pictued here) that reads: ‘I have Alzheimer’s, please be patient’

‘The professionals have told me the flashbacks and images should decrease in time. I pray they are right.

‘I travel all over the country as an ambassador for the Alzheimer’s Society and other organisations.

‘I’ve tried to regain my confidence in this area, but the fear I’m left with from that day has prevented me from venturing out on my own.

‘At the time, I thought the two broken bones and the prospect of an operation were the main issues, and that these injuries would heal over time.

‘What I didn’t anticipate was how serious the emotional impact would be. Nightmares and panic attacks are no fun, especially if you are living with dementia.

‘Some days I couldn’t cope with the feelings and the visual trauma I was experiencing. Seeing a fist coming at you again is not only frightening, but it feels like it’s happening all over again.’